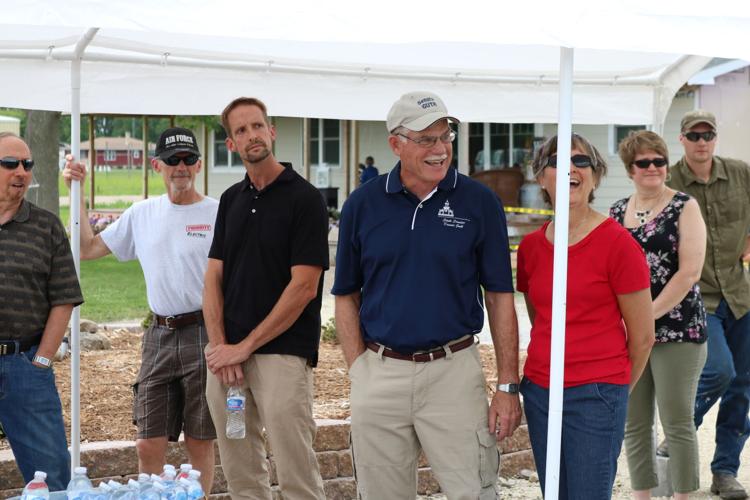 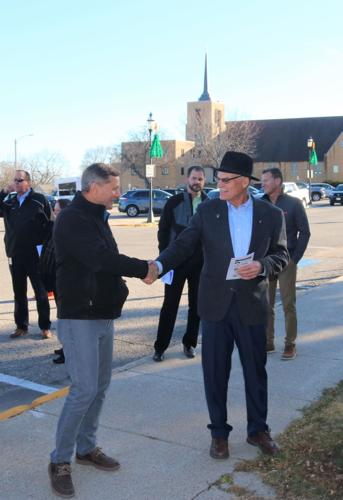 As a state senator, agricultural landowner, and shareholder in an ethanol plant, I would like to register my opposition to the carbon sequestration pipeline projects.

The Summit Pipeline would pass just 1.25 miles from my home. Its original route would have passed through a quarter section of land that I rent. I understand that the route has currently been moved across the road, so it probably won’t cross that farm.

I am also an early investor in the MGP ethanol plant, which is currently operating as Valero Renewables. The Summit pipeline would connect with this ethanol plant with the idea that doing so would improve the marketability of their ethanol in some states, primarily California. I am still opposed to this pipeline and would like the ethanol plants to consider some of the many alternative and profitable uses of CO2.

On the surface, the intent of this pipeline is to capture CO2 that would normally be released during the production of ethanol, compress it and send it via pipeline to North Dakota to be buried a mile underground. There is no feasible way that this carbon could ever be recovered.

I would contend that there is no proof that sequestering this carbon would have any effect on the world’s climate. Even at its maximum capacity, this project would not sequester enough carbon to move the needle on CO2 levels in our atmosphere.

The ethanol industry has put forth a compelling argument that if we do not put in these pipelines, we will miss the opportunity to participate in future favorable markets and the industry will suffer and as a result Iowa will suffer. Too many of us are looking at the projected economic gain while we ignore the facts about carbon dioxide. I contend that approving these pipelines puts us on the side of climate change intellectuals that have no regard for human flourishing.

The burning of fossil fuels is in large part responsible for the improvement in the condition of humanity today. Where we have ample fuel we also have good health, abundant food, and opportunities for travel and interaction with people around the world. We just have to look at the third world countries to see what life would be like without fossil fuels. Carbon is required by plants for growth and it is well known that an increase in CO2 in the atmosphere improves crop production.

We should also consider that fossil fuels have given us the opportunity to be more resilient in the face of unfavorable weather than any generation in the past. Today the average person is 50 times less likely to die from a climate-related disaster than they were 100 years ago. (Alex Epstein, Fossil Future)

Pressurized CO2 in pipelines will dramatically increase the safety risk to rural residents and increase the cost of training fire and EMS personnel. CO2 is heavier than air and causes death in just four minutes. How could emergency services ever respond that fast?

Hundreds of thousands of dollars in pattern drainage tile would all be put at risk if a pipeline cuts across them--perhaps one every 40-50 feet. Repairs never make things as good as they were.

Carbon dioxide is a marketable product with many uses and is in short supply today. There are plants that burn fossil fuels to make CO2 for industrial use today, and they are not keeping up with demand. Wouldn’t it be more “green” to capture CO2 that is already available?

Another use of waste CO2 is the production of net-zero methanol, also called eMethanol. eMethanol production is highly profitable since it is used by large companies that are required to reduce their fossil footprint. Cargo shipping is one sector that has already committed to buying eMethanol in quantities that far exceed current supplies.

Upgrading an ethanol plant to eMethanol production is estimated to cost about $100M with annual operating costs of $10M according to a report by Jeff Bonar, Ph.D. (Upgrading Ethanol Plants to Produce Highly Profitable eMethanol, 5-10-22). The sale of eMethanol from an upgraded plant would bring in an estimated $87-109M per year. That makes payback just over one year with substantial profits going forward. Why not use those same dollars designated for carbon sequestration to contribute to our economy and improve our productivity and safety? Why not use that money to promote the production of eMethanol or small modular nuclear power?

In conclusion, I find the carbon pipeline projects a gross misuse of taxpayer funds that is completely unnecessary. These pipelines will increase safety risks in rural areas and compromise the productivity of our most precious agricultural land. The carbon could be captured and used to supply industry with CO2 that is in short supply or used to produce eMethanol that is a growing and very profitable market.

For these reasons, I see no public good coming from these pipelines and oppose the use of eminent domain in constructing them. One of the basic rights ensured in our constitution is the right to own property and not have it taken from us unwillingly. Eminent domain must be reserved for projects that give a recognizable public benefit, like roads or public utilities.

As the Iowa Utilities Board considers the use of eminent domain for these pipelines, they need to ask this question that Michael Farris penned in his book, "Constitutional Law for Enlightened Citizens" - “Are we willing to occasionally let unelected intellectuals make decisions that over-ride the principles of self-government?” Or do we really believe that “all of our laws should be enacted by the principles of self-government?”

He adds that sometimes we may be tempted to embrace this occasional rule by intellectuals if we think we will benefit. The benefit gained is far inferior to the freedom sacrificed.

At the Jan. 24 meeting of the Mitchell County Board of Supervisors, Supervisor Jim Wherry reported that several members of the public expresse… 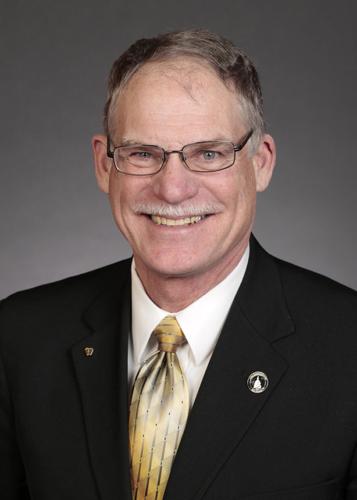