On Nov. 23, the Iowa Utilities Board ruled in favor of Summit Carbon Solution’s request to keep its list of impacted landowners confidential for its proposed carbon pipeline that would run across the bottom half of Hancock County.

In a news release, the Iowa Sierra Club said this ruling comes despite hundreds of comments and requests from landowners, everyday Iowans, and the Iowa Office of Consumer Advocate asking that the list be made public.

The release states that the IUB did not address why the landowner list is exempt from Iowa’s open records law. The Sierra Club further states that Summit is denying Iowans the power of open communication and organized efforts in response to the proposed pipeline.

As part of the process allowed after public informational meetings have been held, land agents can seek access to private land through a voluntary easement process. The IUB would need to approve a pipeline permit and eminent domain for land parcels along the proposed route where no agreement can be reached with landowners.

“It is shameful that the Iowa Utilities Board is denying the basic right to communicate to 15,000 Iowans who are threatened by the Summit pipeline," Sierra Club Iowa Chapter's conservation program coordinator Jess Mazour said. "It is shocking the abuse that the landowners are having to endure. The land agents and surveyors aren’t being honest or respectful. Without the ability to communicate with each other, landowners are at a disadvantage.”

Mazour also said that Summit is failing to accurately represent the dangers of carbon dioxide pipelines, the permanent damage to land, and other critical risks of which landowners should be informed. 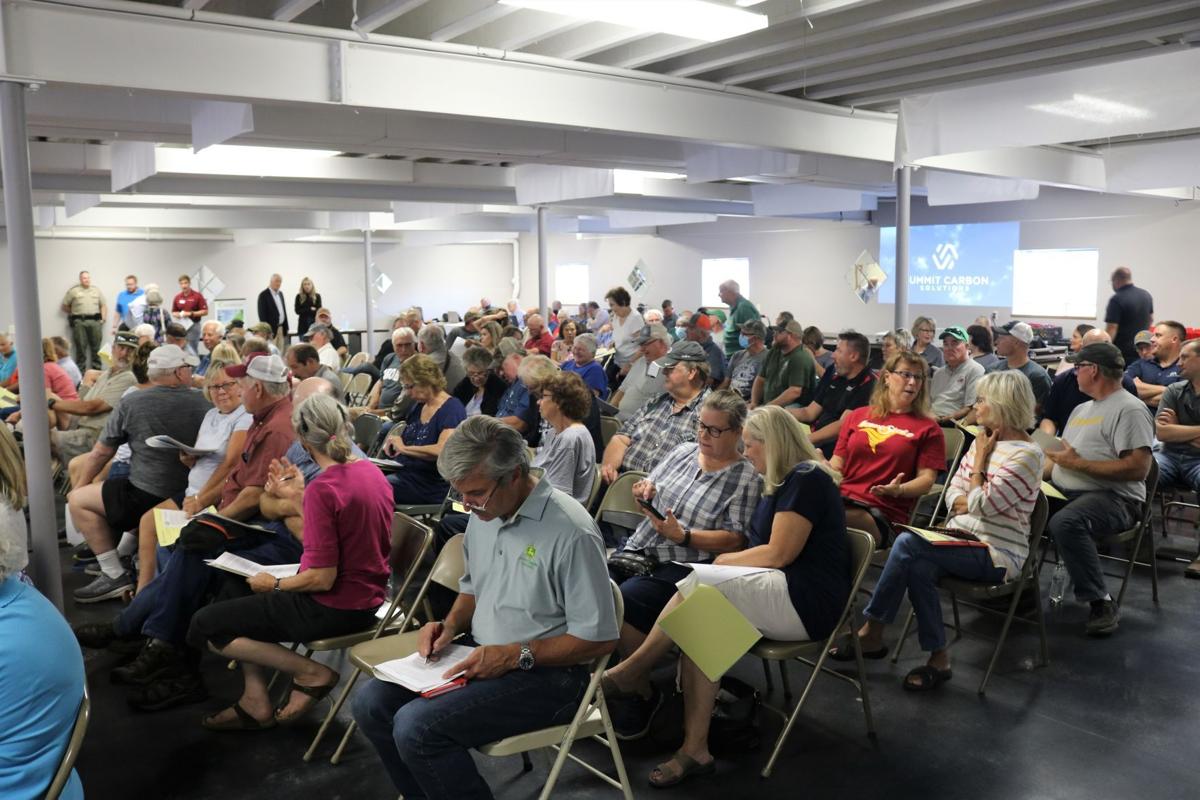 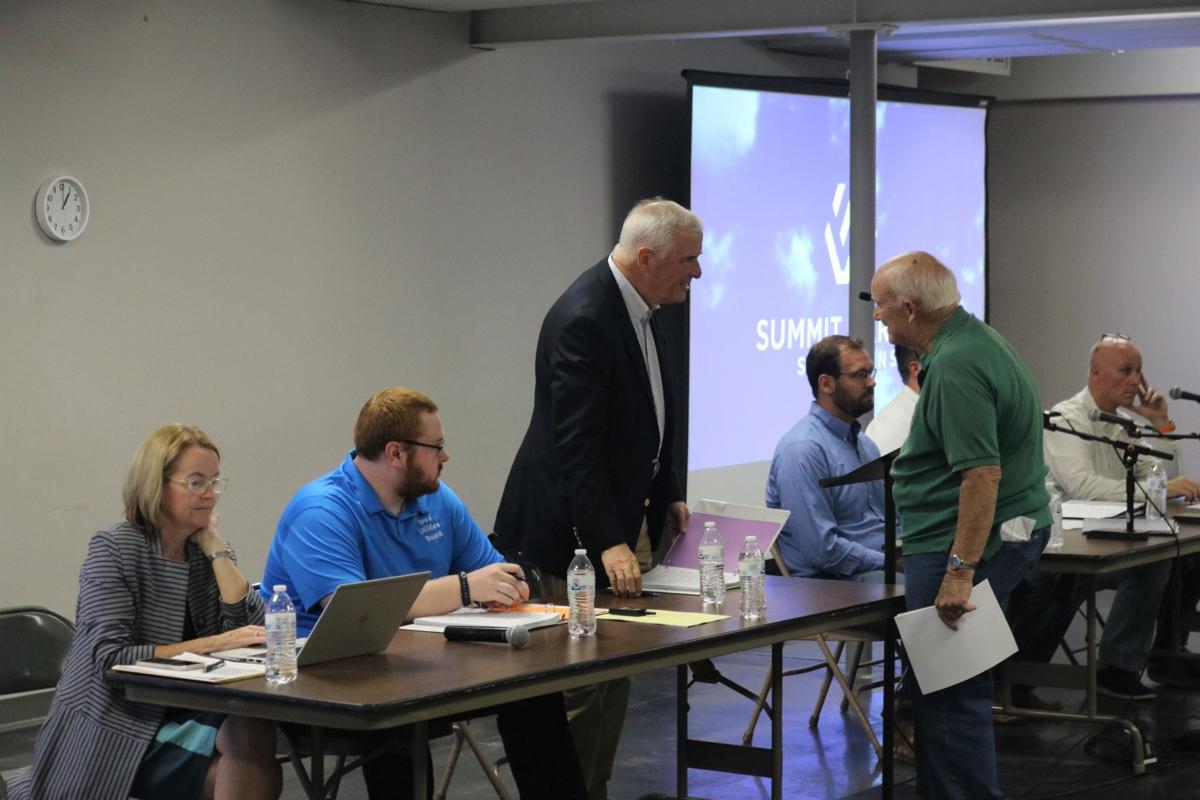 At center, IUB Board Member Richard Lozier greets a local dignitary at the start of the Sept. 28 pipeline meeting. At left is Iowa Consumer Advocate Jennifer Easler. 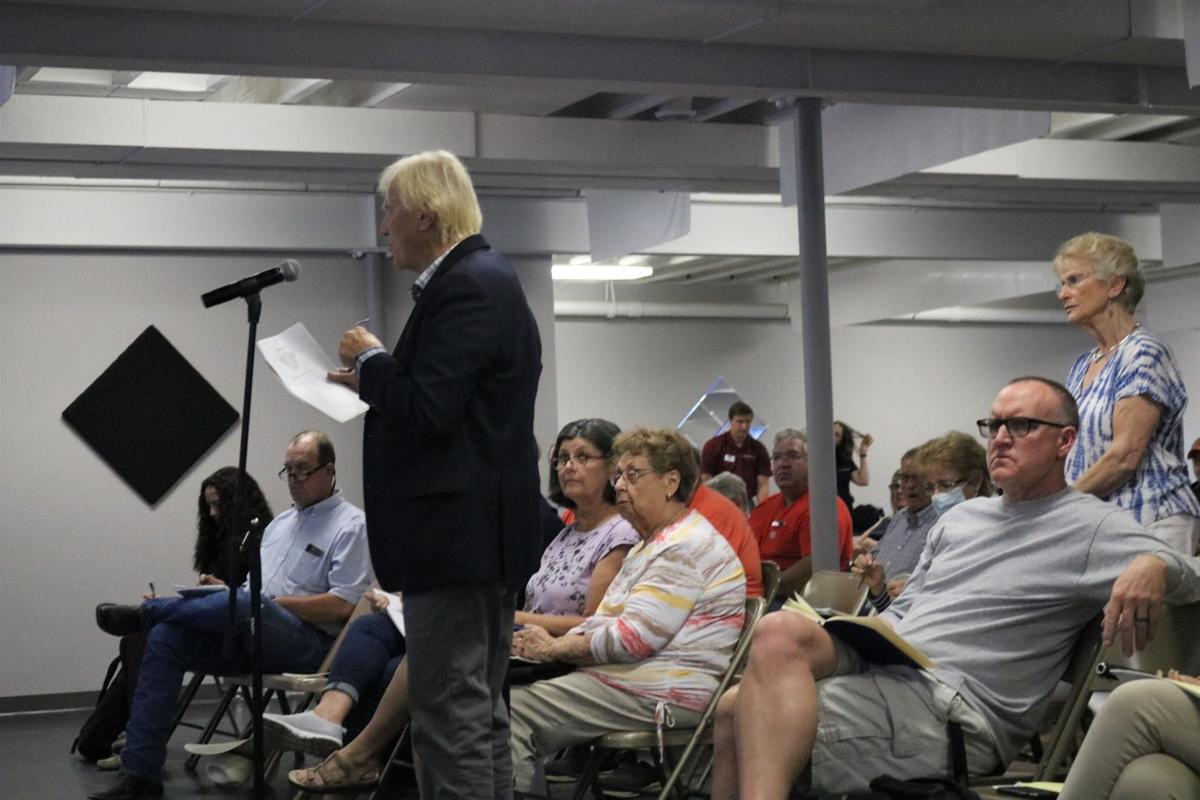