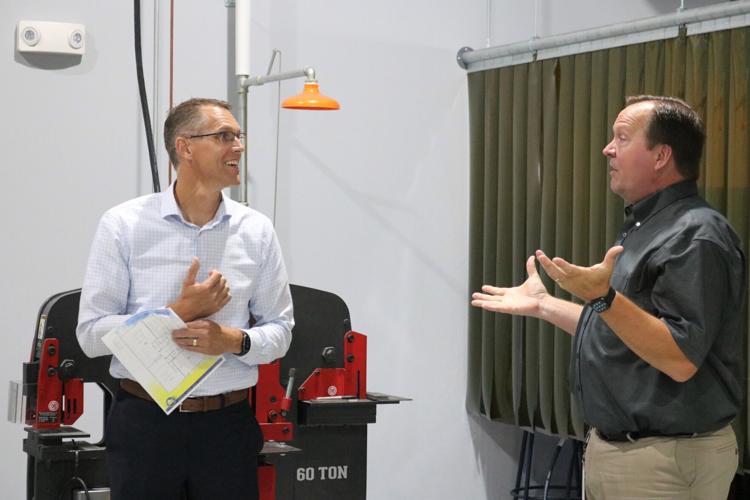 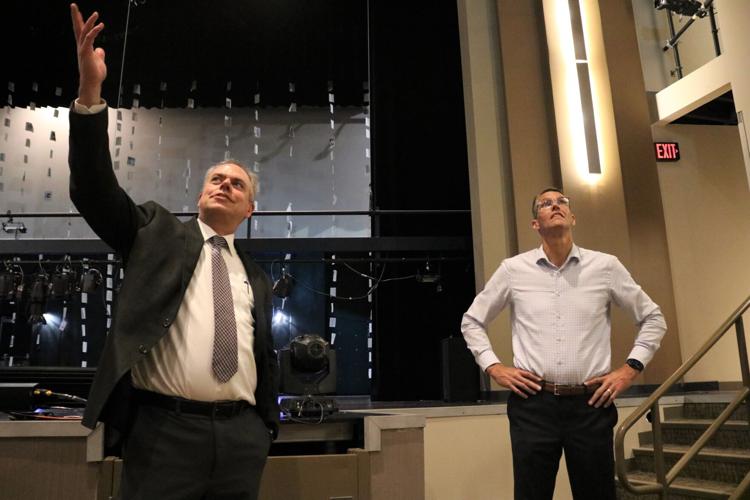 In Congress, my top priority is – and always will be – protecting Iowa taxpayers. While President Biden and congressional Democrats have worked overtime to grow the size of government and waste trillions of taxpayer dollars in advancing their socialist vision for our country, I have opposed their wasteful, radical agenda every step of the way and stood strong for American taxpayers and their families.

Caught up in their liberal spending agenda, D.C. bureaucrats and Washington liberals fail to understand one basic tenet of representative government: taxpayers form the foundation of government and their voice deserves to be heard. As a strong advocate for fiscal restraint and tax cuts for families and small businesses, I am proud to be that voice for all Iowans in Congress.

Since I was first elected, my legislative record has reflected my unyielding commitment to Iowa taxpayers. To reignite our economy and combat inflation, I have co-sponsored three crucial pieces of legislation that honor my promise to fight for Iowa taxpayers. I similarly opposed three wasteful bills pushed by the Democrats that raise taxes on hardworking families, fuel inflation, impose backbreaking red tape on small businesses, and eliminate jobs in our rural communities.

Last year, as Republicans continually warned of the serious economic ramifications of uncontrolled government spending, I co-sponsored the Inflation Prevention Act, whichwould prevent legislation estimated to increase inflation from becoming law until year-over-year inflation drops below 4.5%. Because of wasteful government spending, inflation currently sits at 8.2% – and even surged to a 40-year high of 9.1% not long ago – causing gas prices and grocery bills to skyrocket and crushing family budgets. Regrettably, the Democrats refuse to vote on this legislation because their allegiance to their liberal agenda always trumps their allegiance to American taxpayers. Regardless of their inaction, I’m proud to have helped introduce the Inflation Prevention Act so that we can actually fight inflation, lower costs for Iowa families, and reduce our crippling $31 trillion national debt.

More recently, I have also cosponsored two other important bills – the Family and Small Business Taxpayer Protection Act and the TCJA Permanency Act – that defend taxpayers and protect tax dollars. The Family and Small Business Taxpayer Protection Act would immediately defund President Biden’s army of 87,000 new IRS agents tasked with targeting middle-class families and small business owners to fund his radical, progressive agenda. This has been a disastrous policy prescription from the get-go that will raise taxes on middle-class families, cause unnecessary headaches for small business owners, and target honest, hardworking American taxpayers. As a fierce advocate for taxpayers and job creators in Congress, I will continue to urge my colleagues on the other side of the aisle to support this commonsense legislation to stop IRS overreach, halt tax hikes, and cut red tape for Iowa farmers, families, and main street businesses.

In addition to fighting against liberal attempts to double the size of the IRS, I also strongly support the TCJA Permanency Act. It would permanently codify the successful Tax Cuts and Jobs Act of 2017 into law, which would be an important victory for Iowa families, our small businesses, and our economy. Thanks to this legislation, hardworking Americans have kept more of their hard-earned money through a simpler, more efficient tax code.

More specifically, the TCJA nearly doubled the standard deduction for both individual and joint filers, expanded the child tax credit to $2,000 per child, and implemented a 20% business-income deduction to lower taxes on small businesses. However, absent congressional action, 23 crucial provisions of this law will expire after 2025, raising taxes on Iowa families and hindering business growth in our communities. Fortunately, the TCJA Permanency Act prevents these pro-taxpayer provisions from expiring and ensures that Iowans continue to benefit from these well-deserved tax cuts.

During my first term, I have also worked diligently to serve as a check against the Biden Administration’s liberal agenda. That’s why I voted against several enormous bills that encourage more government waste, higher taxes, and more inflation, including the Democrats’ so-called Inflation Reduction Act, which has accomplished exactly the opposite; their American Rescue Plan, which failed to rescue our families from inflation and our economy from recession; and their $3.5 trillion Build Back Better Act, which single-handedly proposed enough tax hikes and green-energy mandates to destroy our economy, decimate our family farms, and fast-track the conversion of our country into a socialist state.

As a matter of policy, I will not support any legislation that hampers economic growth, harms small businesses and our main streets, balloons our $31 trillion debt, and leaves future generations with the tab. Instead, I will focus on solutions that let Iowans keep more of their hard-earned money, create jobs, and power our economy.

Despite the flashing warning signs and failed economic outcomes, President Biden and the Democrats have plowed ahead with their progressive, liberal agenda at the expense of Iowa taxpayers. Their complete disregard for fiscal responsibility and commonsense tax relief is an insult to the very taxpayers they should be serving. As a strong fiscal conservative, I promise that I will continue to oppose the Democrats’ tax-and-spend agenda. Our families, farmers, small businesses, and taxpayers deserve better than reckless spending, tax hikes, and unchecked liberal control in our nation’s capital.

On the heels of the recent announcement that Country Thunder Iowa has been cancelled, Heritage Park of North Iowa in Forest City has announced…

Recent retiree Barb Ruiter says she has theatre in her blood, making it only a matter of time before she stepped foot on stage.

The Winnebago Historical Society recently announced that its fireproof and climate-controlled storage vault construction has been completed.

With child care continuing to be a top priority in Forest City, the city council on Nov. 21 approved a resolution authorizing $25,000 of suppo…

Even though Thanksgiving had not arrived, downtown Forest City was filled with Christmas holiday shopping spirit early on Nov. 19 during Chamb…

For Chef Bradley Ringhofer, food is life. Not only is it his profession, it is a basic human need necessary for survival. But survival is not …

Until only a few years ago, Glenda Ross was uncomfortable describing herself as an artist. She is a potter. On the farm, she grew up in a worl… 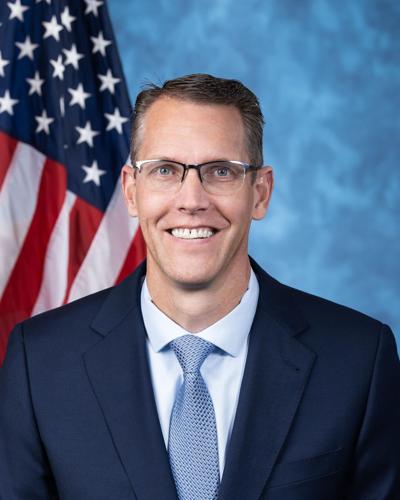