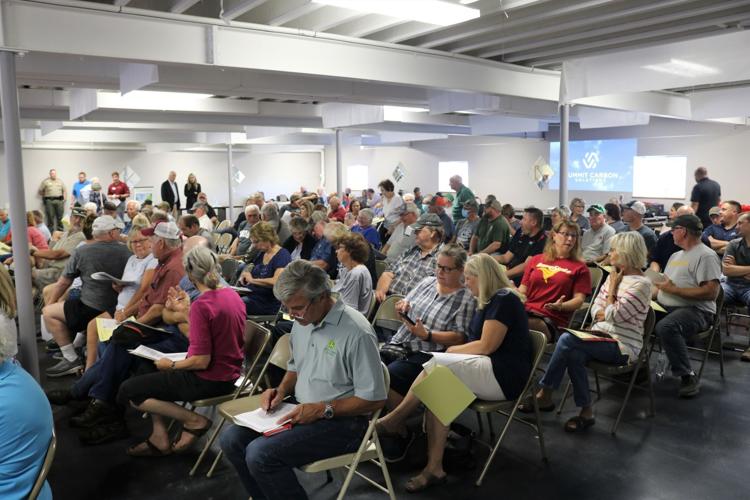 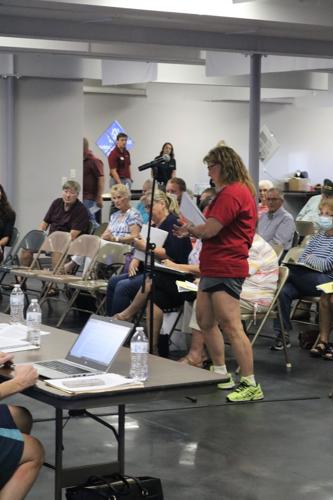 Sis Greiman of Garner had a list of drainage questions for pipeline company officials last Sept. 28.

The Iowa Chapter of the Sierra Club on April 26 announced that a majority of counties impacted by proposed carbon capture pipelines in Iowa have filed objections with the Iowa Utilities Board.

The Sierra Club asserted that county supervisors have a direct responsibility for protecting the land from the pipeline, which is part of the responsibility granted to them by the IUB. Further, they have a duty to protect their constituents.

Some of county supervisors' responsibilities include county inspector designation, reporting, document gathering, notice of violation processes, completion reporting, request for damages, and more. This amount of work, along with the increased staff time spent throughout the process places a big burden on counties already struggling to make ends meet, according to the Sierra Club of Iowa.

“This is another example of how these pipeline projects are externalizing their costs onto us," said Jess Mazour, Conservation Program Coordinator of the Sierra Club Iowa Chapter. "There is no direct benefit to our communities yet our time, public money, and resources are exploited so private companies can profit. If landowners say no, and counties say no, and taxpayers say no; the answer should be no.”

Mielke family wins $20,000 on May 20 Family Feud episode, edged out next show

Sis Greiman of Garner had a list of drainage questions for pipeline company officials last Sept. 28.