Fear and anxiety spike in virus hot spots across US; 'crisis stage' in El Paso as hospitals fill up

Where Are They Now?: Jeff Horner has a new outlook on life
0 comments
Share this
{{featured_button_text}}
1 of 3 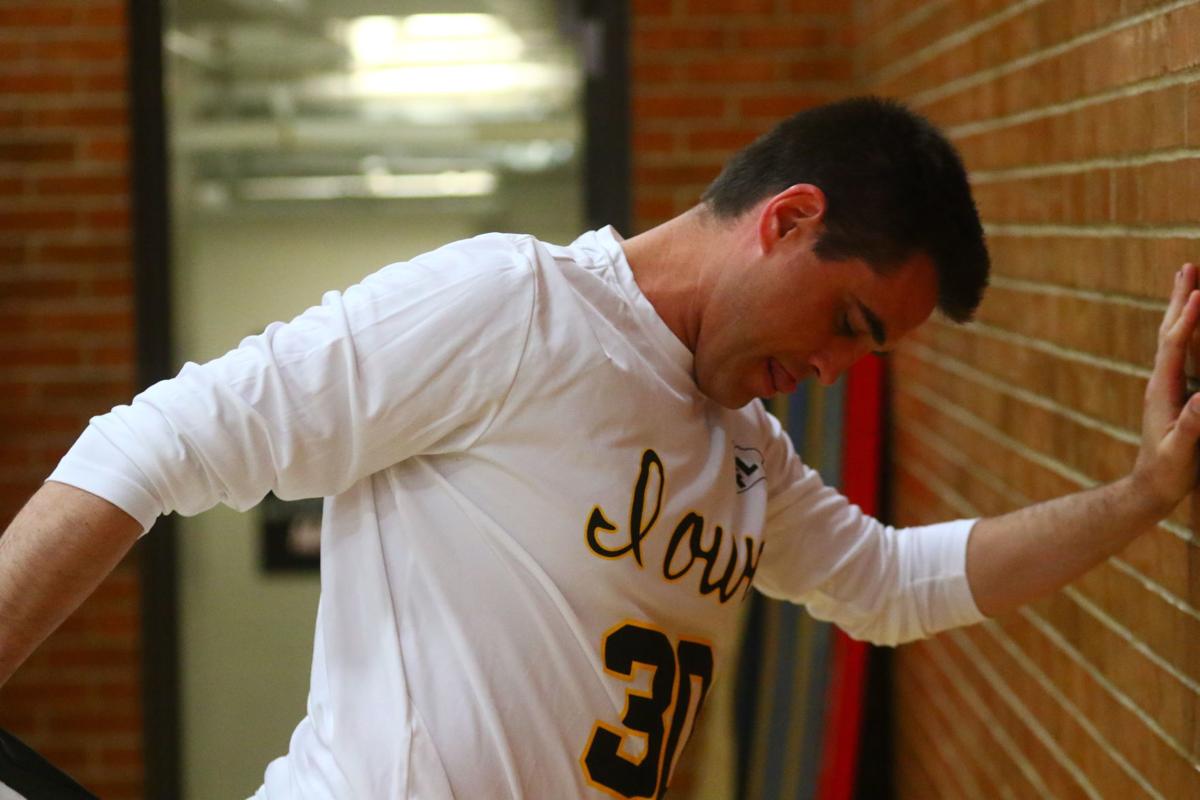 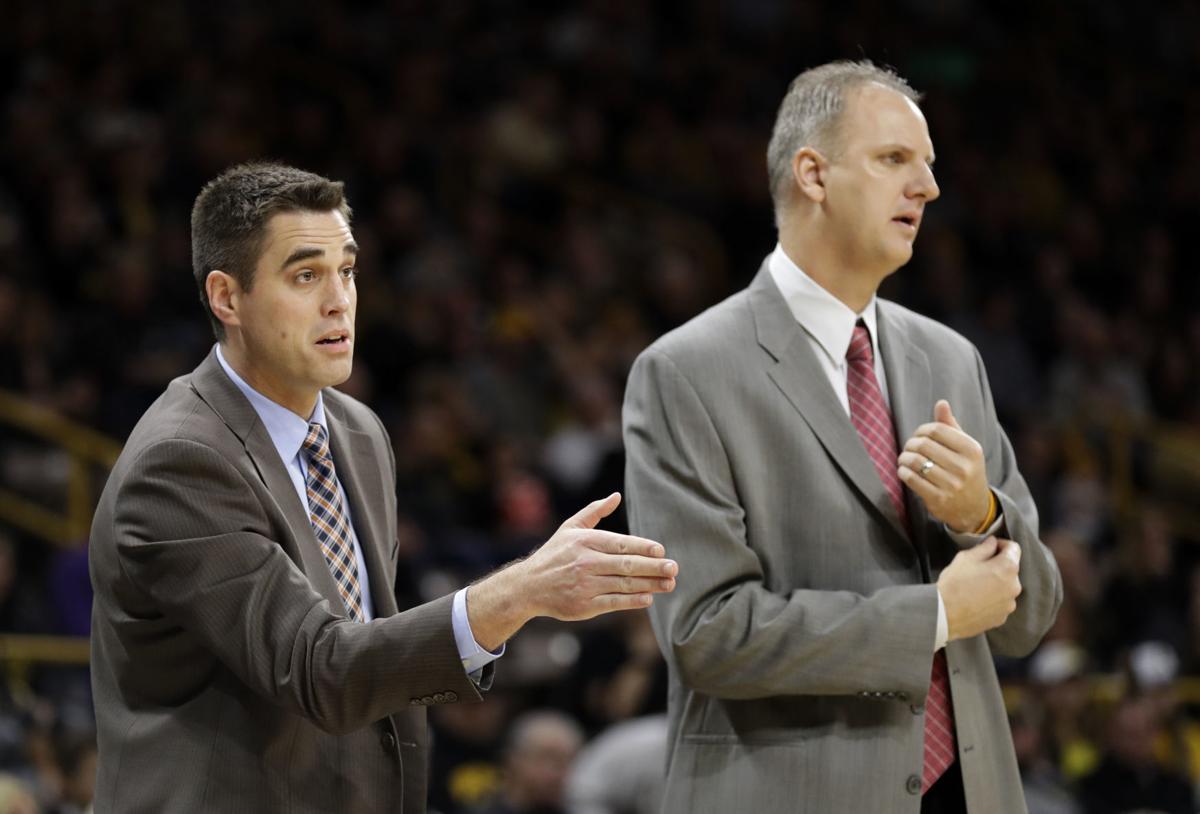 Assistant coach Jeff Horner, left, and head coach Brian Jones, right, direct their team during the first half of an NCAA college basketball game against Iowa, in 2016 during Horner's tenure at North Dakota. 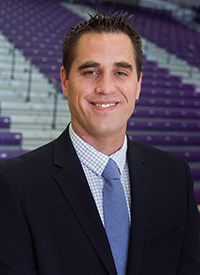 Last August, Horner – a former Mason City basketball standout who later played college and professional ball – announced on social media that he had been diagnosed with testicular cancer, after which he underwent chemotherapy.

Horner is the head coach of the Truman State basketball team, and this past winter, he would travel back and forth between his home in Kirksville and Columbia, Missouri, where he underwent several rounds of chemotherapy.

In the first round of treatments, Jeff and his father, Bob Horner, stayed in a hotel as the treatment center was an hour and a half from home. The second time around Horner decided to make the drive back to campus every day so he could watch his team practice after his treatment was done.

“I told my wife, I think it would be good for me to come back each day and see the kids, and kind of re-energize," Horner said. "You have the chemo, and it puts you down, but when I saw my kids, it gave me a bit of a fighting spirit."

Since his treatment ended, he has received two clean scans, and is hoping for a third at his upcoming appointment on June 25.

Horner has recently been trying to get back into shape, which has been challenging. After he was unable to run around the block, the former professional athlete's ego took a bit of a hit.

“My doctors told me it could be six months to a year to get back to normal,” Horner said. “Just to try to get back there, and being as competitive a person as I am, I want to get back right now. It’ll take time.”

Horner’s competitive zeal led him to plenty of basketball success. After graduating from Mason City High School in 2002 as Iowa's "Mr. Basketball," Horner played at the University of Iowa and graduated as the program’s all-time leader in assists and 3-pointers, with 1,506 career points.

Once he left Iowa, Horner played professionally in Belgium and France, along with one season spent with the Iowa Energy of the NBA G League.

For Horner, playing in France and Belgium was the "chance of a lifetime." While the arenas and towns were a bit smaller, the boisterous crowds overseas more than made up for it.

“We played in an arena of 4,000 to 5,000 people  but there was probably only about 10,000 people in my first town in Belgium," Horner said. "They are hitting and banging drums and being loud. It was just a little bit more crazy over there.”

Once he returned to the United States, Horner spent one year as an assistant coach at Grand View University, three as head coach at West Des Moines Valley High School (where he was a two-time CIML Coach of the Year), and four years at the University of North Dakota, first as the Director of Basketball Operations, and then as an assistant coach. In 2018, Horner was named head coach at Truman State.

This past year, the Bulldogs finished 23-8, winning the Great Lakes Valley Conference (GLVC) tournament title, and tying for the regular season championship, the program’s first regular season title since 1979.

Bob, who coached Jeff at Mason City, is blown away by his son’s basketball expertise.

“His X’s and O’s, he is so much further ahead than I ever thought about doing as a coach,” Bob Horner said. “The details that coaches pay attention to at the college level is just unbelievable.”

Jeff gives a lot of the credit from this past season to the team’s defense. The Bulldogs implement the “pack-line” defense, a variation of man-to-man that Horner also used in North Dakota.

“Our guys really bought in, and I told them, ‘if we play good defense, we’re going to be able to fast break, be able to run, and get good offense.'" Jeff said. “Our defense really led to our offense.”

Before his cancer diagnosis, Jeff admits that he was an intense coach, prone to getting emotional and yelling on the sideline. While he was going through treatment, Bob and Jeff had a series of heart to heart talks, where Jeff decided to reevaluate his coaching demeanor.

Bob learned a lot of those lessons himself over his career, and advised his son not to worry about things he can’t control. Focus on coaching your players, and control only what you can control.

“Sometimes basketball isn’t everything,” Bob said. “Family and people you love sometimes get put on the back burner. When it comes down to it, your family and who you love are the people who love and support you. I think he has learned a lot in that aspect.”

That new demeanor and outlook is a part of Jeff’s life off the court too. He now spends a lot of time with his wife and two kids, and tries to keep himself from getting too worked up about the small and petty parts of life.

“You get diagnosed with cancer, and you are fighting for your life, you start to realize that there are more important things in life than winning a basketball game," Jeff said. "Spending more time with my wife and two kids is super important as well.

“It can be taken away from you in a heartbeat.”

Where are they now?: Nicole Carroll and Kayla Sautter

This past weekend, area golfers competed at Highland Park Golf Course, in the Mason City Men's and Women's City Tournaments.

The event had been pushed back and rescheduled before finally being canceled.

Assistant coach Jeff Horner, left, and head coach Brian Jones, right, direct their team during the first half of an NCAA college basketball game against Iowa, in 2016 during Horner's tenure at North Dakota.