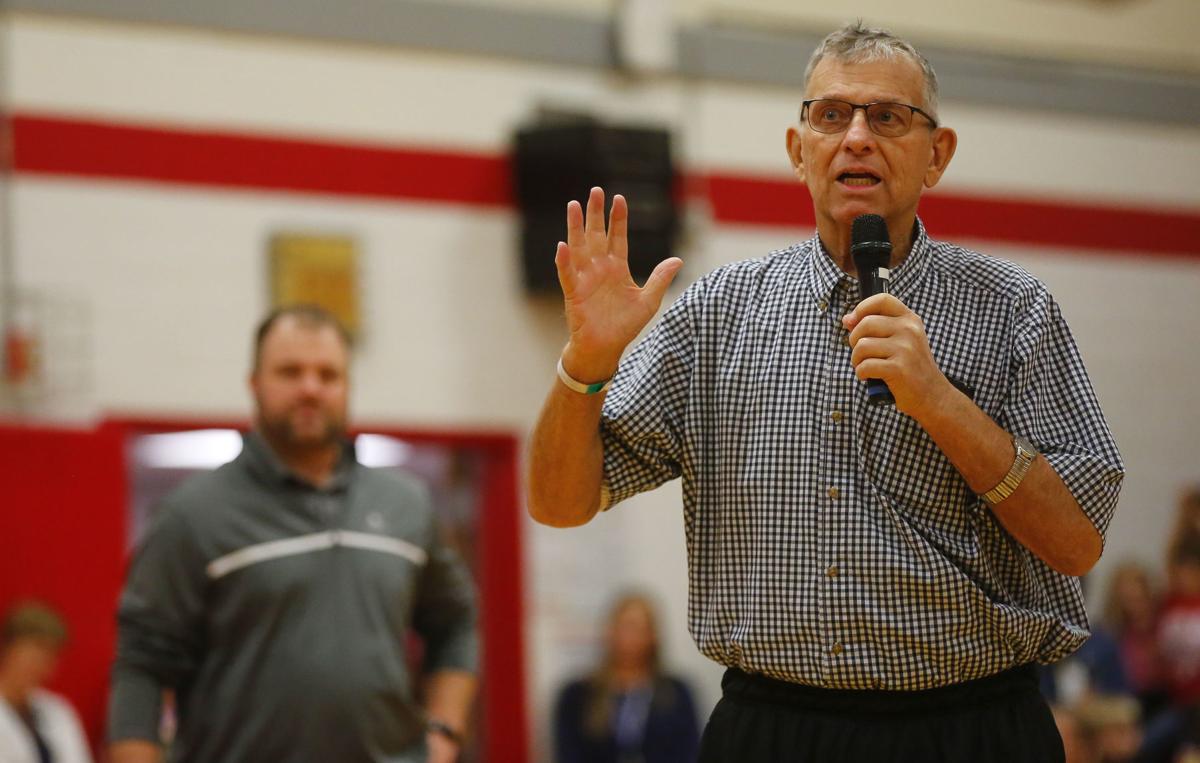 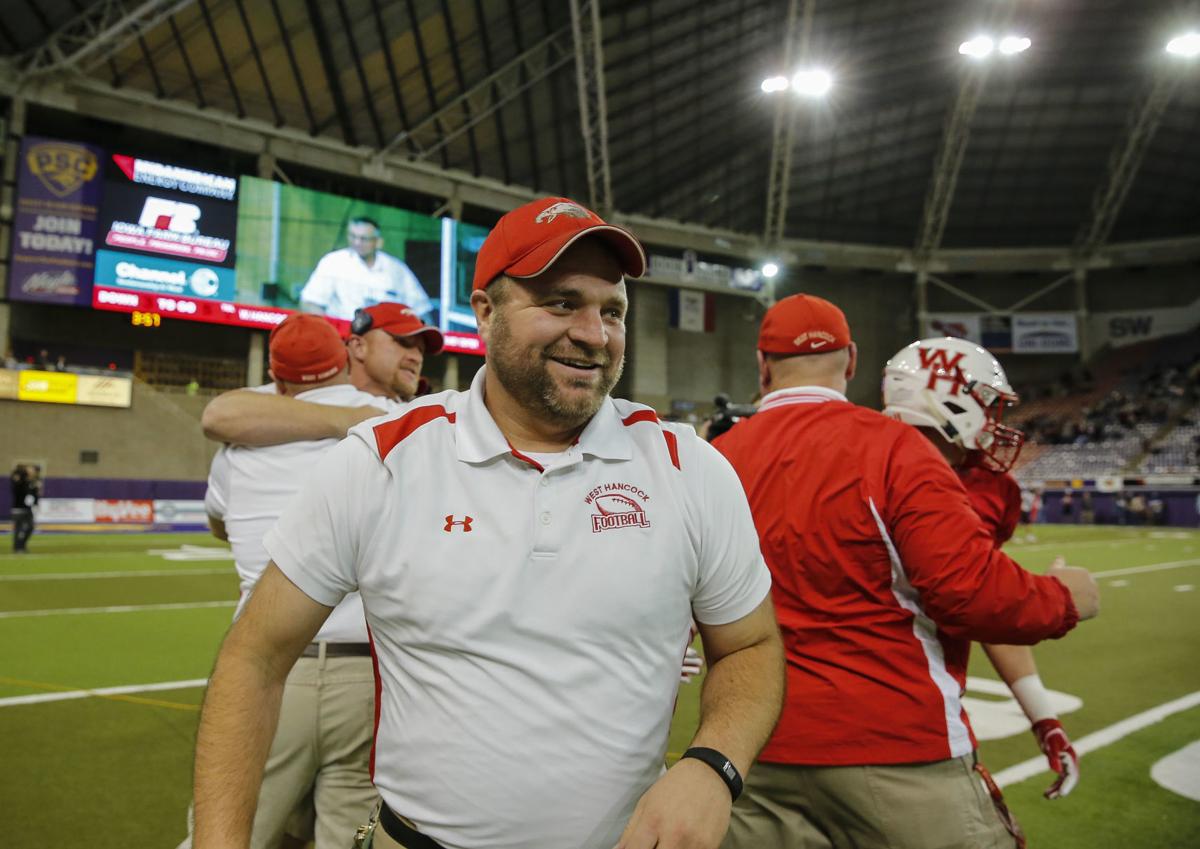 Mark Sanger, who took over head coaching duties from his father Bob this season as the elder Sanger underwent treatment for leukemia, coached the Eagles to their third state title in program history.

"It’s a pretty cool deal," Mark Sanger said. "Anytime you’re voted by your peers for something like that is a pretty special deal. It means you did something right. It continues to be a part of the special season that we’ve had this year."

The Eagles finished with a perfect 13-0 record this season and beat Grundy Center 21-17 in a tense and exciting state title game. It was the program's first championship since 1996.

For Mark, being named co-head coach of the year along with his father was a special feeling. Though Bob could not be on the sidelines in 2019, he was still a big presence in the West Hancock program, where he has been the head coach since 1968. Bob led the Eagles to state titles in 1973 and 1996.

"He is the reason that we are where we are," Mark Sanger said. "I think it’s a testament to the entire coaching staff. He’s put people around him and surrounded himself with people who do things the right way. I think that is the whole point.

"He’s got a system, and it works. We stick with it, and its a big testament to what he has done. It’s pretty awesome."

The small town of Britt had much to celebrate Thursday.

The state title is the Eagles’ third in school history, and first since 1996.

Five days after raising the Class A state title trophy at the UNI-Dome in Cedar Falls, the West Hancock football team received a warm welcome …

Hundreds of people gathered in the West Hancock High School gym to say their goodbyes to longtime football and track coach Bob Sanger, who die…

For Tate Hagen, the accolades just keep on coming.