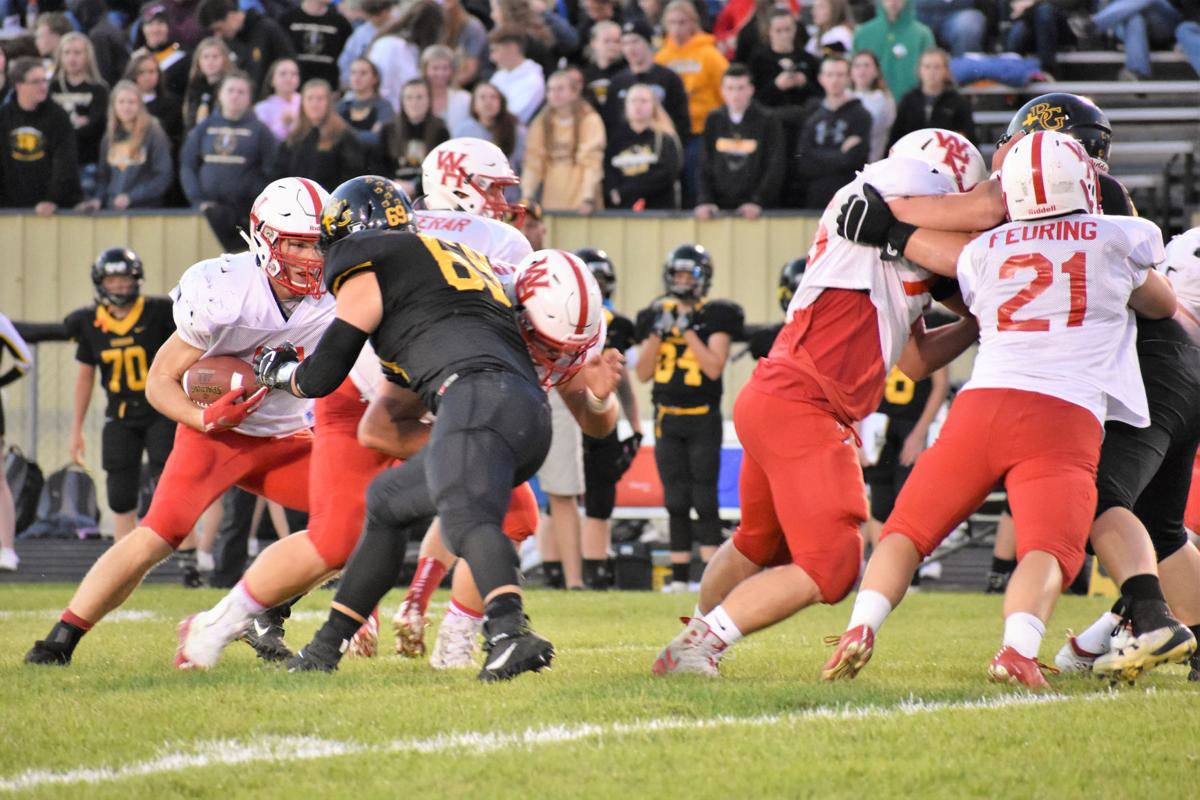 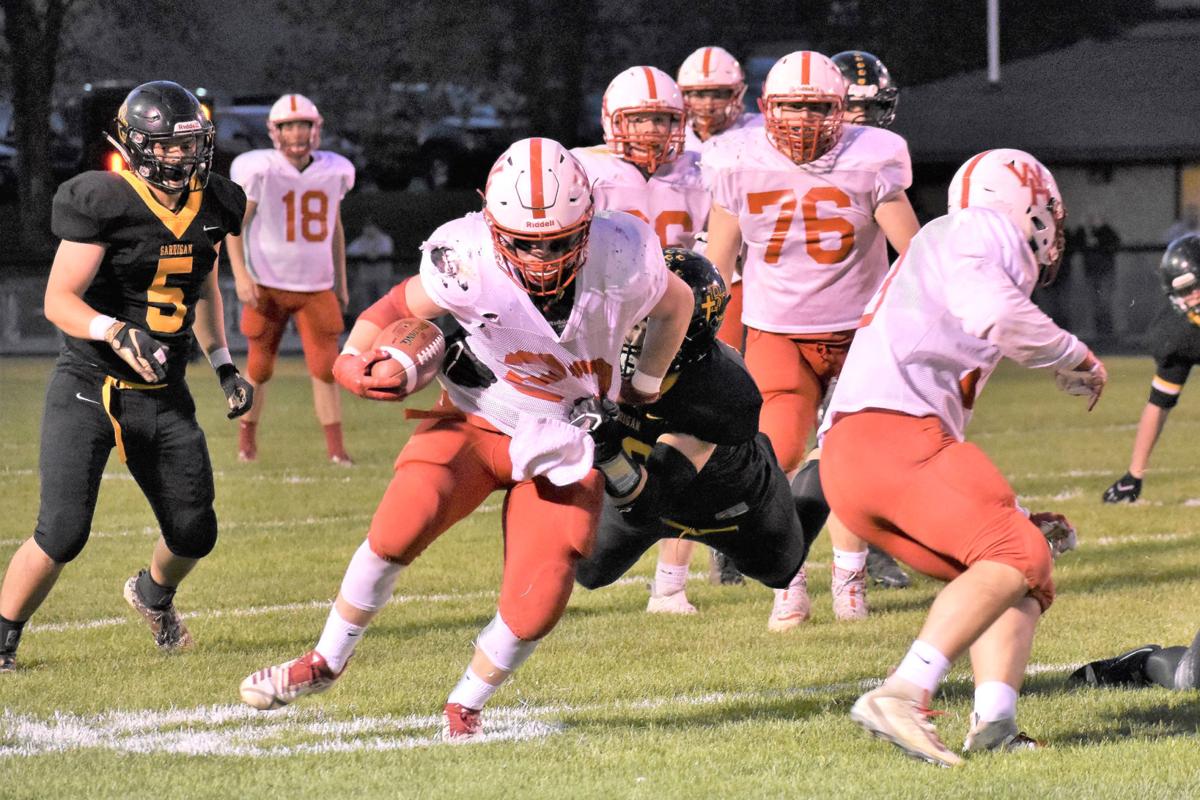 The West Hancock football team has risen to the top of the Class A ratings for a number of reasons, but one of the foremost has to be a high-powered offense that averages nearly 50 points per game despite not relying on a passing game.

The Eagles were at it again on Friday as they put up 40 points in the second and third quarters against a solid Bishop Garrigan squad.

West Hancock looked like it was going to dominate from the outset as the Eagles went on a 12-play, 75-yard drive on its opening possession.

The Eagles scored on a seven-yard sweep by senior running back Josef Smith and took an early 8-0 lead.

A second quick touchdown on a 44-yard run by Cole Kelly followed, but some uncharacteristic West Hancock mistakes – including a couple of key fumbles – allowed Bishop Garrigan to hang around, at least until the third quarter.

West Hancock scored four touchdowns in a 6:18 span of the third quarter to effectively put the game out of reach.

Tate Hagen, who entered the game with a team-high 857 yards on the ground, scored three times in the quarter, twice on runs and once on a 79-yard scoring pass from sophomore quarterback Logan Leerar.

Smith also returned a kickoff 97 yards for another score.

Hagen finished with four scores on the night to give him a total of 20 touchdowns over five games.

Unofficially, the senior back also went over 1,000 rushing yards on the season.

"When you have three backs like we do, it is special,” Sanger said.

Despite the early success, Sanger knows that the Eagles still need to acknowledge some weaknesses and look to improve.

“If you are not getting better, you won’t get to where you need to be,” Sanger said. “We still give up some big plays, and we are a little inexperienced on the outside.”

West Hancock (5-0) looks to extend its undefeated start to the season on Friday when it travels to North Union.

After 12 seasons at the helm of the Clear Lake baseball program, head coach Seth Thompson has decided to step down.

Mason City boys basketball coach Nick Trask may have had the best description of the Mohawks game against West Hancock on Monday.

Area basketball games moved up to due to winter storm

As a winter storm approaches North Iowa, more area basketball games have been changed. More will be added to this list as the day goes on.