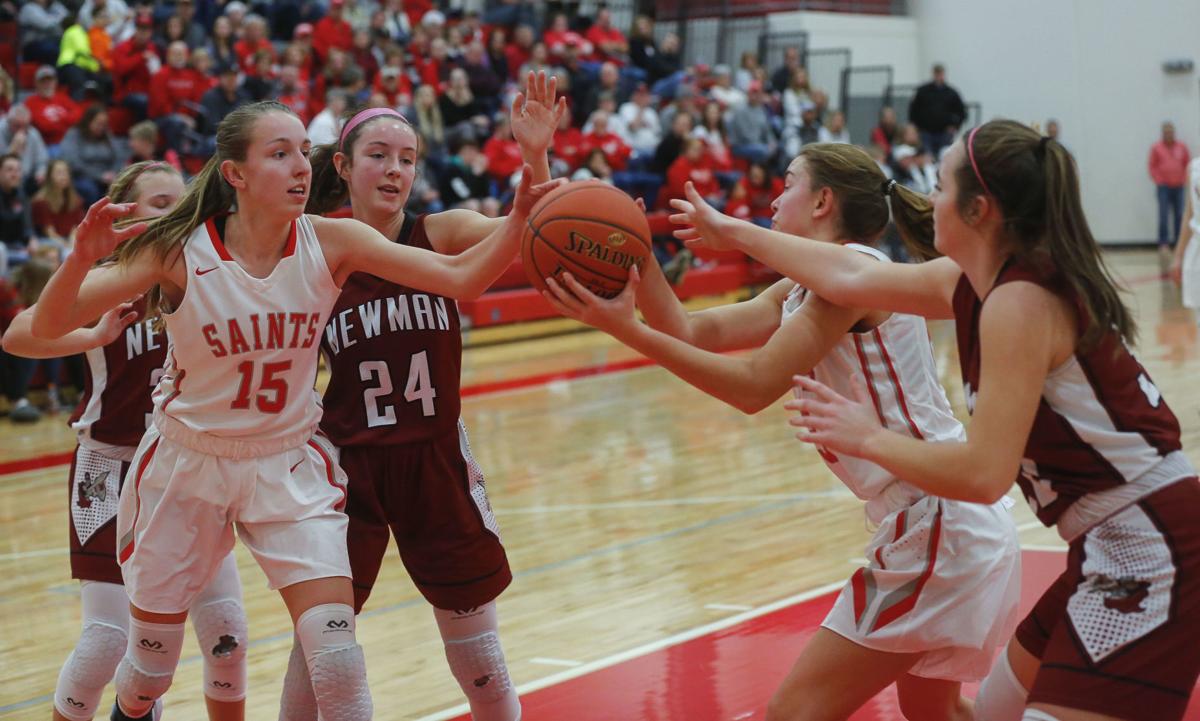 St. Ansgar players reach for a rebound against Newman Catholic in a game earlier in the season at St. Ansgar. 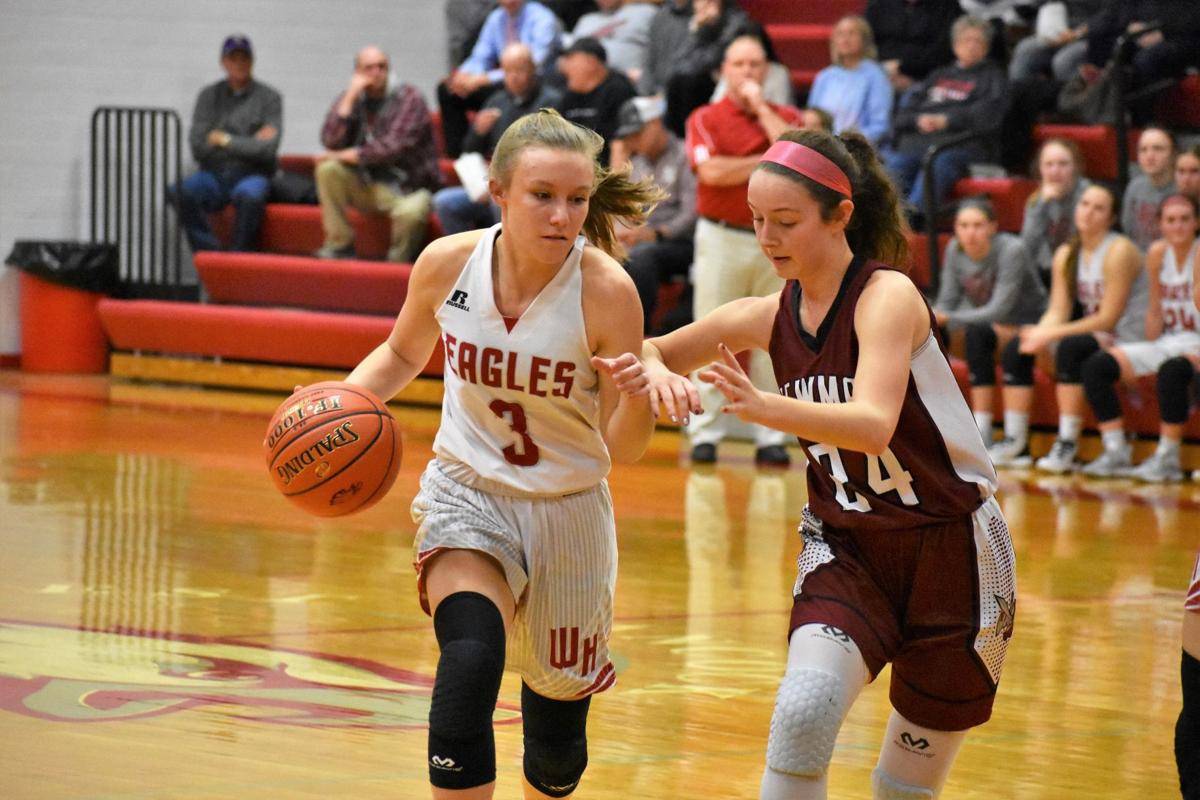 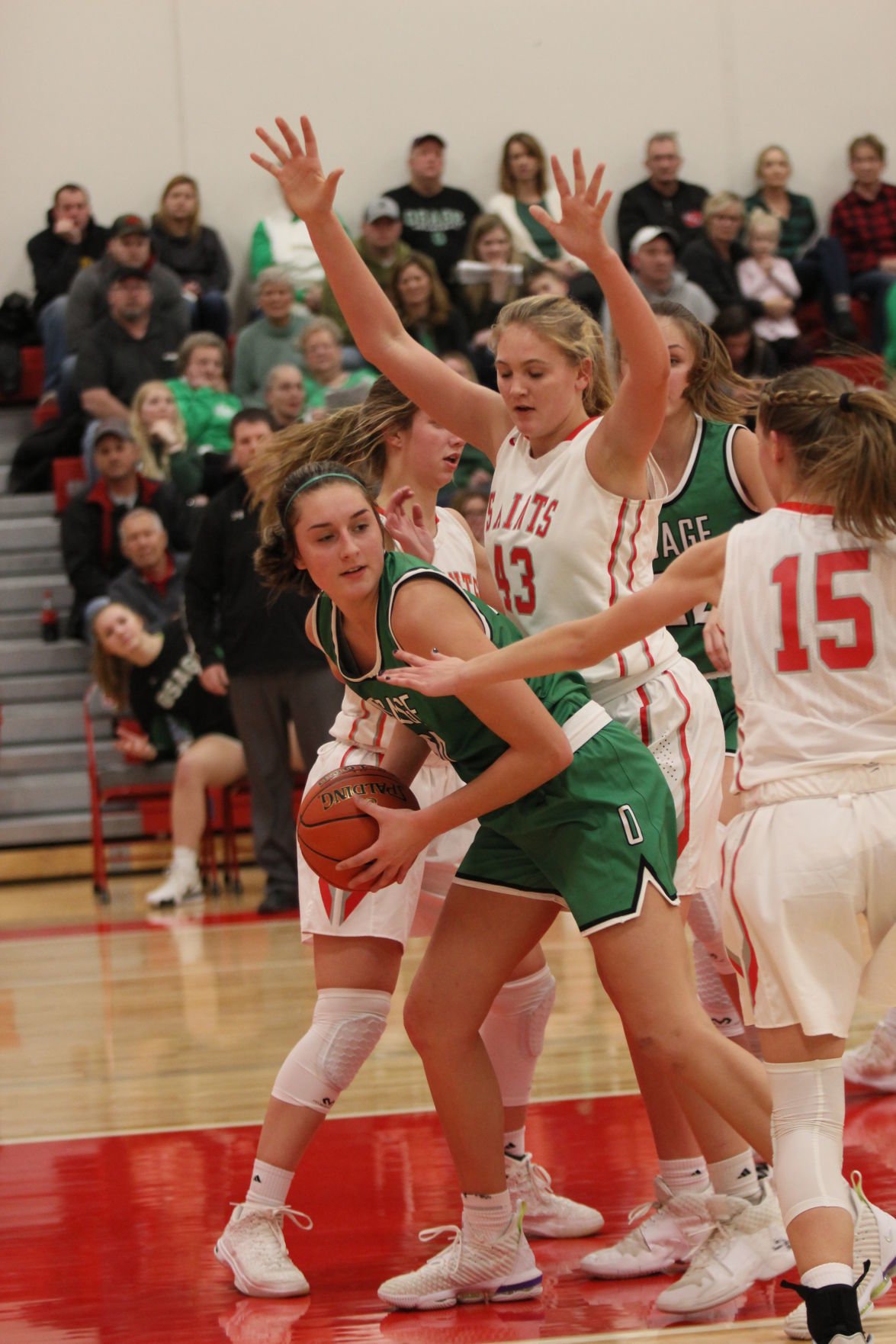 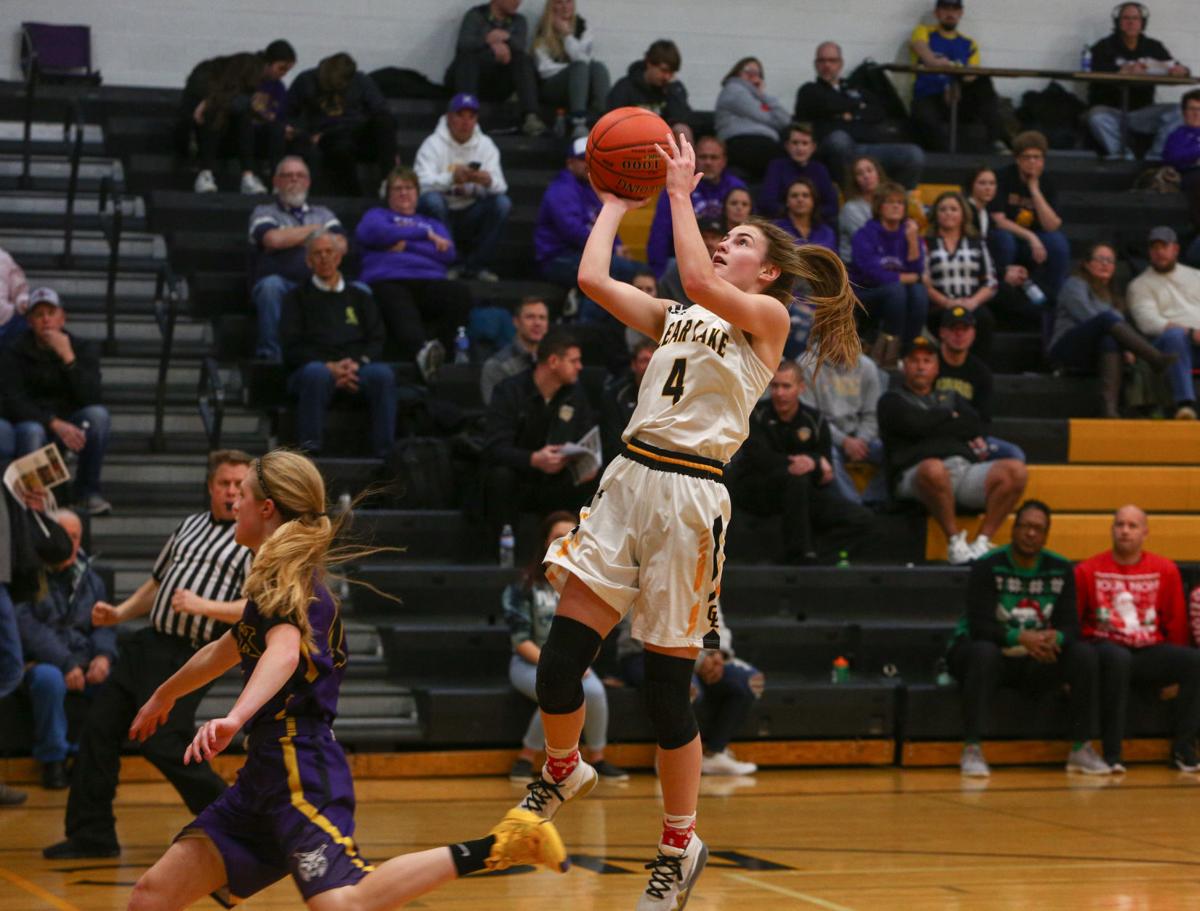 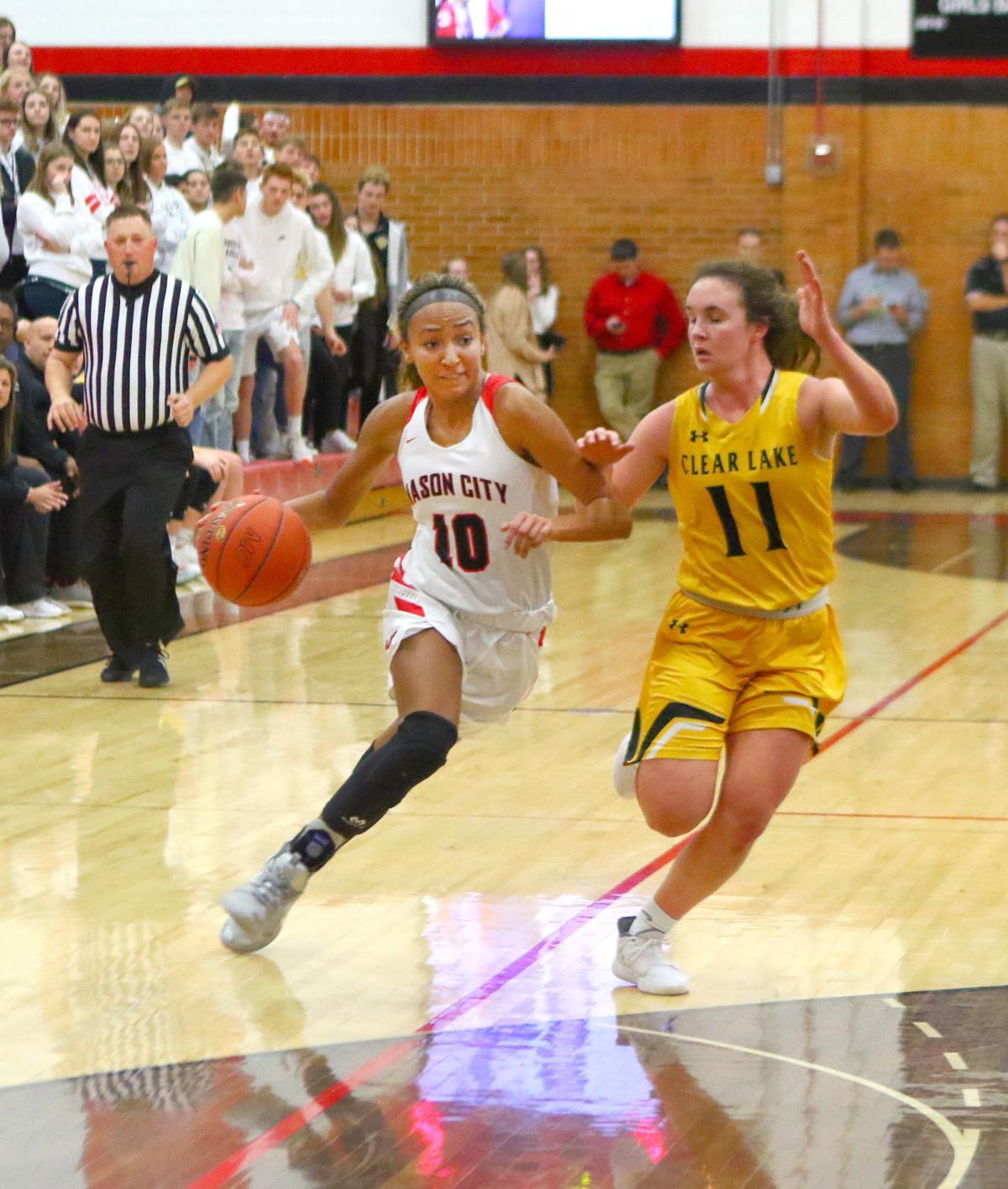 The newest girls basketball rankings are out, and several area schools are ranked pretty high in the polls. The lower classes are where North Iowa shines, with four schools appearing in the 1A and 2A polls.

These will change on Thursday, but here is where everything stands right now. The boys rankings will run later this week. Area teams are in bold.

5. Bishop Garrigan (11-1): The Golden Bears suffered their first loss of the season on Friday, in a thrilling 56-55 loss to West Hancock. They might drop a spot or two this week, but Audi Crooks and Molly Joyce are still leading this team to a deep postseason run.

7. St. Ansgar (10-1): At 10-1, the Saints are one of North Iowa’s most dominant defensive teams. Before Friday’s game 51-32 win over Newman Catholic, the Saints had not allowed more than 30 points in three games. Something has clicked, and with a Jan. 21 showdown with Osage looming, expect this team to be ready.

2. West Hancock (13-0): With a perfect 13-0 record, the Eagles are a team to be feared. The Eagles stayed perfect with a one-point victory over Bishop Garrigan last week. The recent injury to Madison Eisenmann will hurt, but West Hancock has depth. With Rachel Leerar averaging 20.9 points per game, this team is never out of it.

4. Osage (8-1): The Green Devils rose one spot in the rankings this week, and will probably stay there after back-to-back dominant wins over Rockford and Northwood-Kensett. The tough competition is coming soon, and then we will know exactly where this team stacks up. The game against St. Ansgar will be a fun one.

5. Clear Lake (9-1): The Lions fell three spots after a loss to Waverly-Shell Rock last week, where Clear Lake scored only 12 points in the second half. The loss was to a ranked 4A team, so there is no need to panic yet. With subsequent wins over Forest City and Humboldt, the Lions seem to be bouncing back.

12. Hampton-Dumont-CAL (10-0): The undefeated Bulldogs have a big game this Friday against Clear Lake. Big-time teams show up in big-time games. This is a big-time game.

11. Mason City (6-5): The Mohawks fell two spots in the rankings after losing their fourth straight game, this one a 76-52 loss to Johnston, the No. 3 ranked team in Class 5A. All four losses were to top-10 ranked 5A teams, so the streak isn't the end of the world. Still, some wins would be nice. With games this week against Marshalltown and Valley, the Mohawks should be able to bounce back.

St. Ansgar players reach for a rebound against Newman Catholic in a game earlier in the season at St. Ansgar.