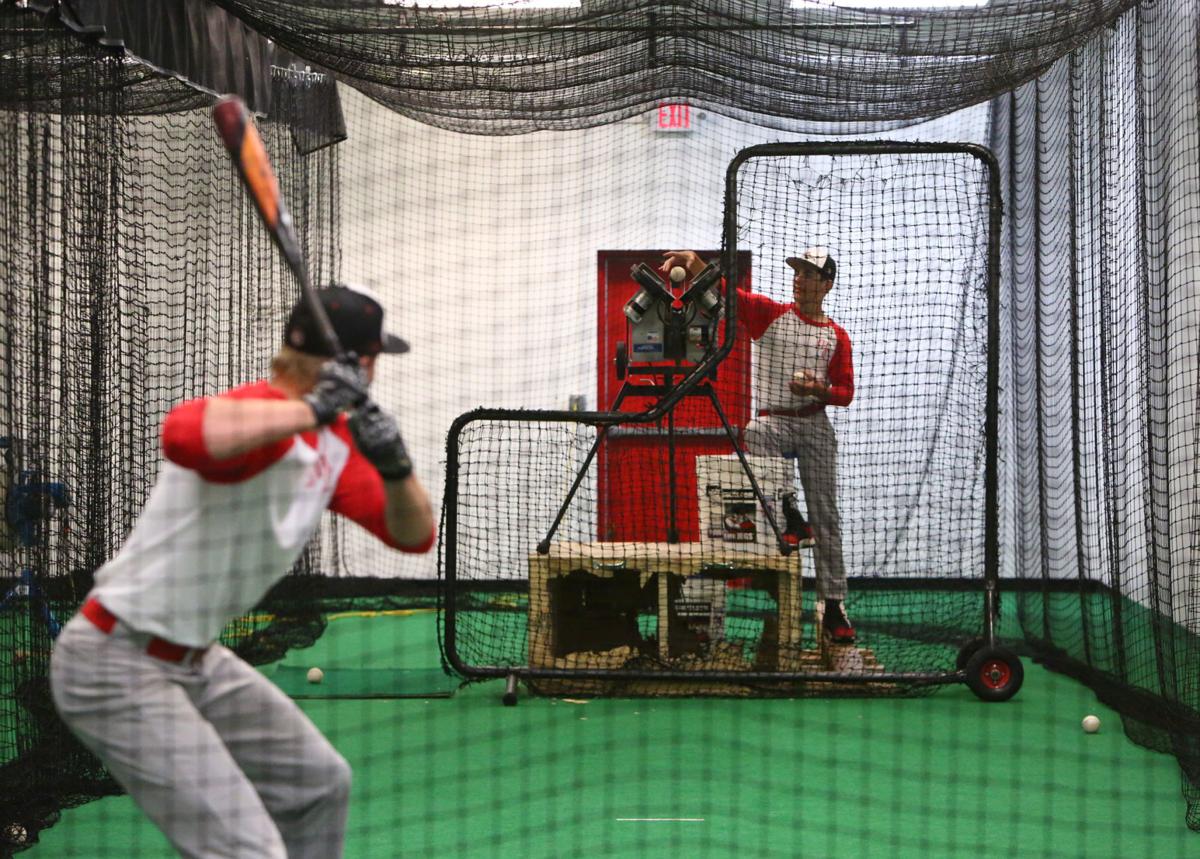 Players use a pitching machine along with the HitTrax program to practice batting at The Yard training center in Mason City. 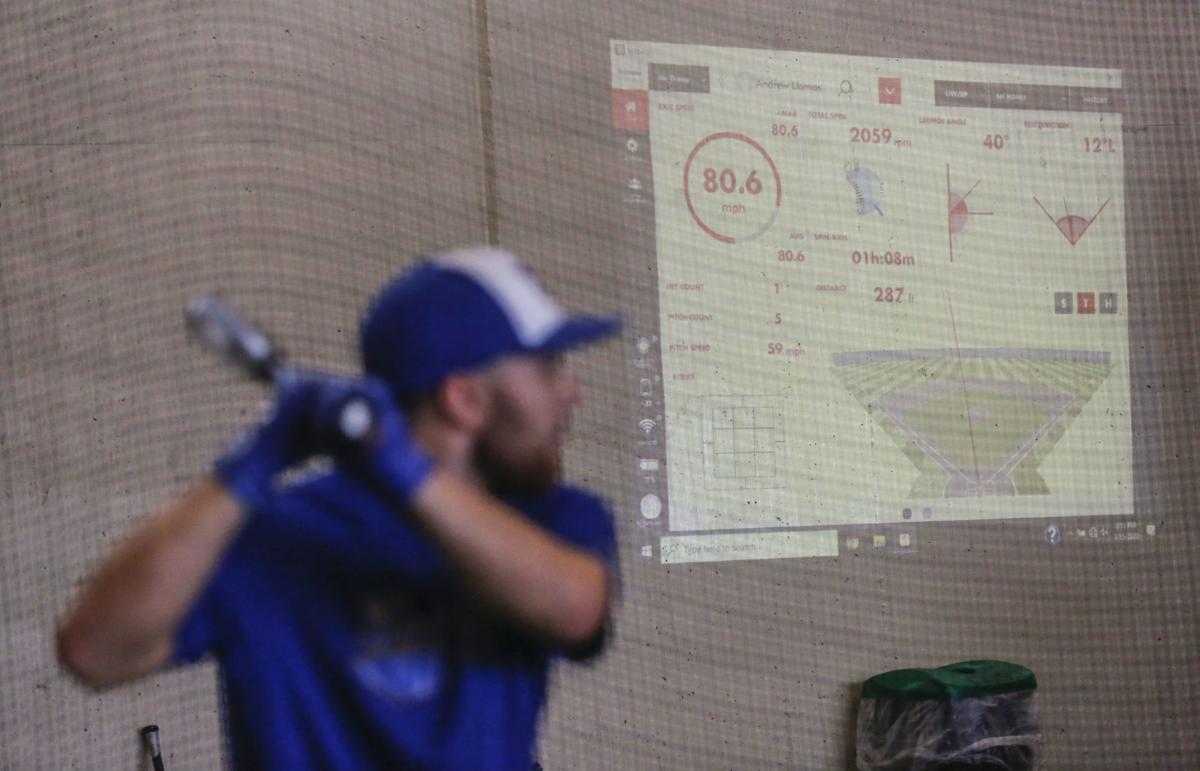 The stats taken from Rapsodo are projected on the wall after each swing so batters can see instant results and make adjustments. 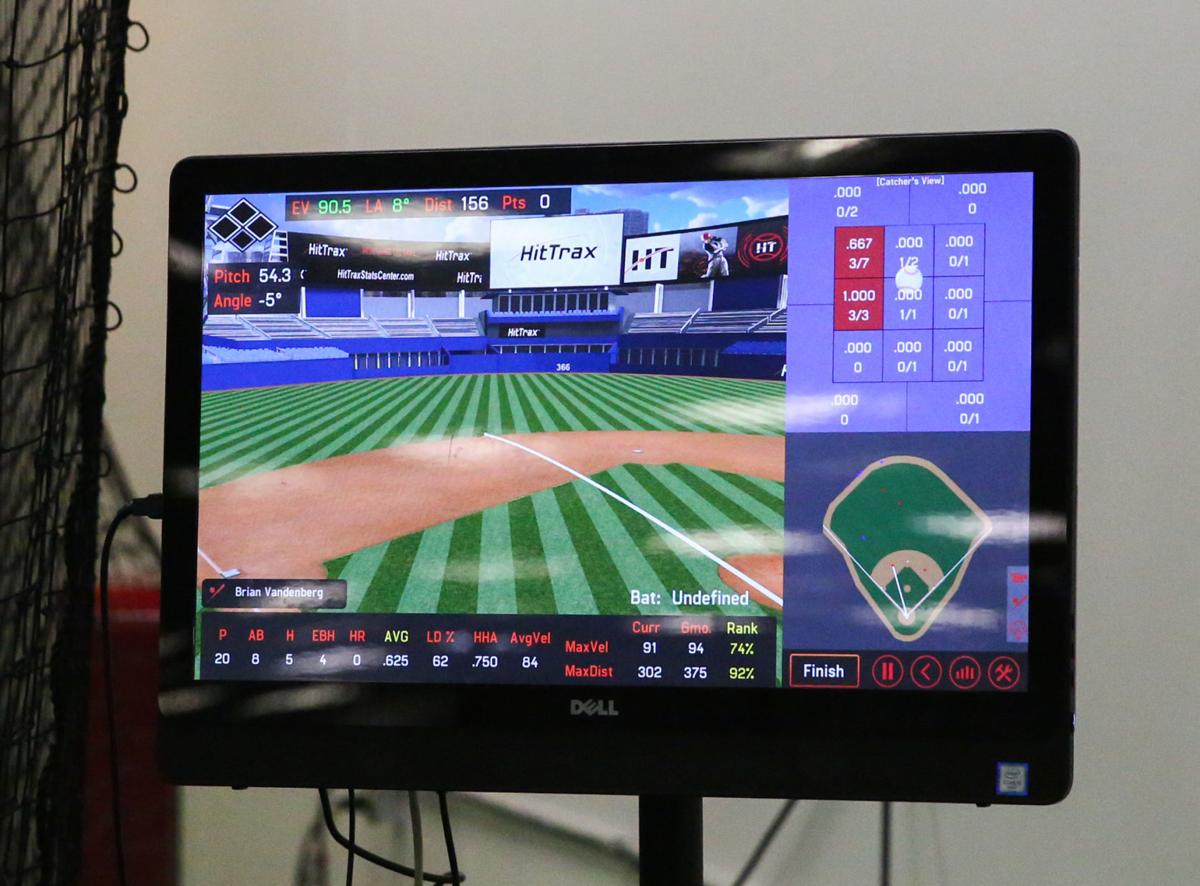 The HitTrax program displays the simulated trajectory of a batting cage hit at The Yard training center in Mason City. 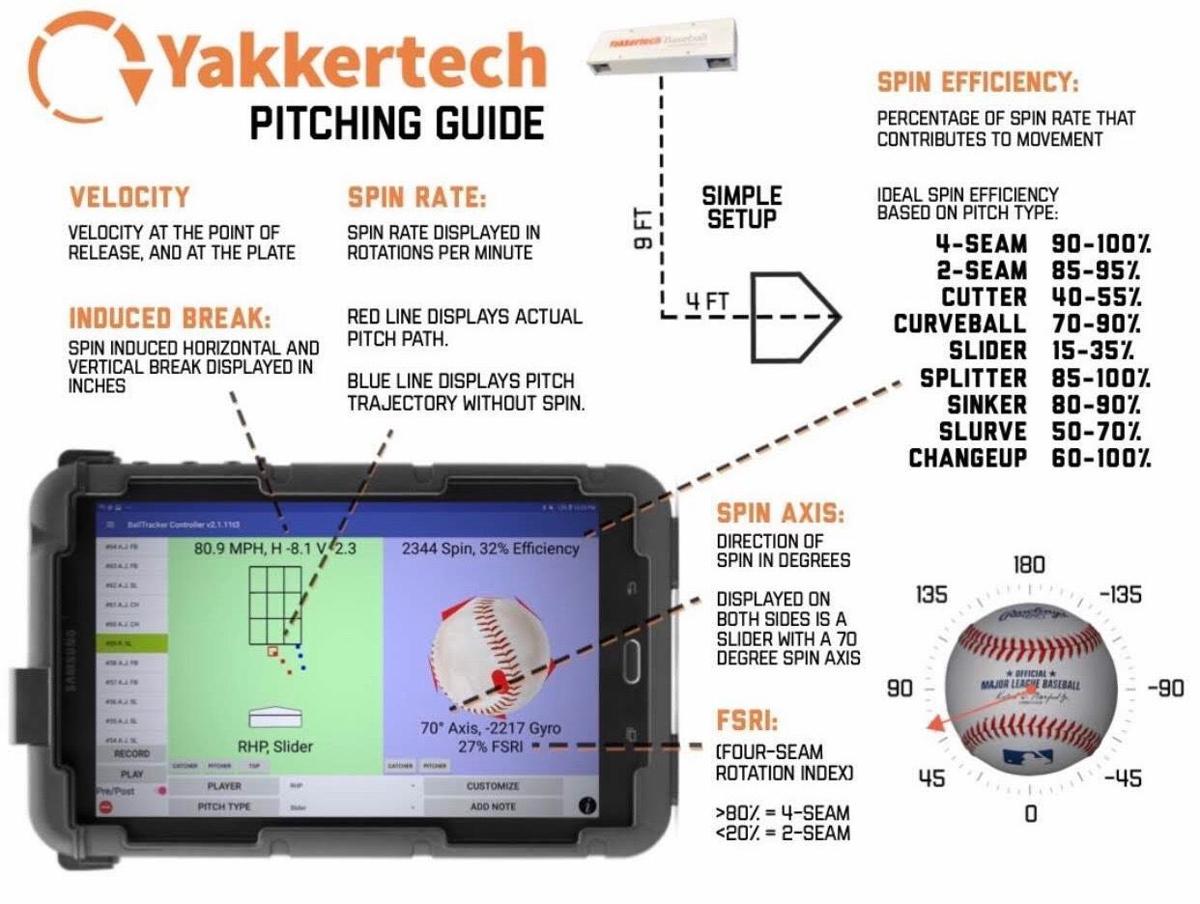 An example of a Yakkertech Pitching Guide Screen.

In nearly every sport, technology is now king. In North Iowa sports, its fingerprints are everywhere. At places like Mason City High School and NIACC, technology and advanced statistics have become commonplace.

At the professional level, teams invest massive amounts of money for the latest machines, looking for any possible advantage. Due to the competitive nature of professional sports, most fans will never get to see it up close.

But closer to home, several North Iowa teams have embraced the revolution.

NIACC has become a baseball hotbed and a serial producer of young, talented baseball players, thanks in large part due to its adaption of high-tech training machines.

Thanks to funding from the school's booster club, the Trojans use machines like RAPSODO, and Edgertronic cameras to help their players improve.

“It eliminates a lot of guesswork,” former head coach Travis Hergert said in January. “I think it is a validation to what are your strengths, what are your weaknesses, and it gives us a road-map to how we can enhance both of those.”

The adoption of those high-tech methods have led to a lot of program success on both the pitching and hitting side of the game. The team relies heavily on the RAPSODO machine, which measures things like ball speed off the bat, spin rate while in flight, and pitch speed.

But that emphasis on technological advancements does not begin at the college level.

At Mason City High School, a program called Hudl Assist has proven to be an invaluable asset to the sports programs. Hudl Assist is essentially a program where coaches can send in game film, and within 24 hours, be sent back analyzed information and stats. It makes a big difference for sports like football, basketball, and volleyball.

“HUDL makes a huge difference in practice and game prep, as well as in-game adjustments,” football coach Brandon Krusey said. “We use Hudl Assist to help break down opponents’ film as well as our own.”

Mason City coaches can send in an opponent’s game footage, which will be analyzed and broken down for team’s play and formation tendencies, as well as for immediate feedback during games.

“During the game, we use Hudl sideline to enter information and have replay on the sideline,” Krusey said. “This all helps us get a better view of what is going on play by play in the field.”

Curt Klaahsen is the head coach of both the Mason City volleyball and girls’ basketball team, and uses the program as well. Student athletes have access to the system as well, and can use it to watch game film of their own plays, and get a look at the advanced stats that the team receives.

"Kids have access to it, so they can go see the stats for all the games," Klaahsen said. "We can see how much they watch. It’s been a real positive.”

This is the first year that Mason City has used the Hudl Assist program, after previously using a program called Crossover. For Klaahsen, one of the biggest pluses of the program is that it reinforces a lot of the ideas that he preaches to his athletes. Klaahsen has the trust of his players, but it’s always good to have on-camera proof.

“Our booster club has helped pay for this, and it  has been a real advantage that we have,” Klaahsen said. “Kids especially have the opportunity to go back and look at things. Sometimes when we say things, tape doesn’t lie, and statistics don’t lie. It really breaks the tape down as much as we can.”

The Mohawks baseball program, led by head coach Troy Rood, has also joined the fray. Mason City recently purchased a machine called the Yakkertech, which is similar to RAPSODO, but it uses stereo waves instead of Doppler radar technology to measure balls in flight.

Rood uses Yakkertech to create a profile on each pitcher’s fastball and changeup, based on metrics like spin rate and horizontal and vertical movement. Once they have that information, the coaches can help a pitcher develop an effective breaking pitch.

“When we use Yakkertech, we’re in the laboratory,” Rood said. “We’re designing stuff, and based on the numbers, we create a game-plan. It seems like the game-plan changes a lot, because you get new information every time.”

On the hitting side, the Mohawks use a HitTrax machine, which measures players' launch angle and exit velocity. They also have a FungoMan, an automated pitching machine that the coaches can control on an iPad.

The idea is pretty simple at its core.

" I think our high school program has as much technology as any high school in the nation," Rood said. "But you can have all the technology you want, but if you don’t understand the information, or present it to your kids in a way that they can get better, it really doesn’t matter. Then, it's just all pomp and circumstance."

What's been happening with area high school sports these past couple weeks?Short answer: a lot.

A loud THWACK echoes into the empty stands of Roosevelt Field as the Mason City baseball team takes its cuts.

Metalcraft, based in Mason City, has expanded with ARK Business Systems in Clear Lake to provide a new RFID service.

With Saturday's state finals wrapping up the girls high school basketball season, we now have a clear view of this season, and the stories it told.

In the state tournament, the entire season can come down to one moment.

NIACC women earn spot at nationals with win over Kirkwood

The NIACC women's basketball team punched its ticket to the national tournament on Sunday, with a 95-73 win over Kirkwood in the NJCAA Region …

*Editor's note: Chad Sundermeyer announced in a Facebook post that due to the COVID-19 outbreak, he will be delaying his Appalachian Trail tri…

Well, we just barely got basketball season in under the wire.

For many of the best high school athletes, spring is when decisions – often the biggest of their young lives – are usually made about future e…

Players use a pitching machine along with the HitTrax program to practice batting at The Yard training center in Mason City.

The stats taken from Rapsodo are projected on the wall after each swing so batters can see instant results and make adjustments.

The HitTrax program displays the simulated trajectory of a batting cage hit at The Yard training center in Mason City.

An example of a Yakkertech Pitching Guide Screen.