The St. Ansgar football team has blown through all three of its opponents up to this point in the Iowa high school state playoffs. The Saints are currently ranked second in Class A and are about to make their second consecutive trip to the UNI-Dome.

But before the team can get there, St. Ansgar has to make sure it can make it through another week without being hit by COVID-19.

There’s been a statewide spike in COVID-19 cases and Mitchell County alone sits at a 21.1 percent 14-day rolling average of positive test results as of Tuesday. Just last week, West Des Moines Valley was forced to cancel its playoff game with Dowling Catholic due to COVID-19.

That’s why the St. Ansgar coaches and players have been proactive in urging the community to be smart. Before last Friday’s quarterfinal game against MFL-Mar-Mac, St. Ansgar’s captains put out a video on its social media page asking fans to help do their part.

“There’s a lot of COVID spread in the community right now,” senior captain Derek Peterson said in the video. “We’d like to stay in football and in school, so if you could wear your masks around the community when you’re out and about, that would help us a lot.”

Peterson, Ryan Cole, Alex Hansen, Carter Salz and Noah Michels make up the group of St. Ansgar captains. Head coach Drew Clevenger says that they, along with the rest of the team, have been proactive about mitigating the spread of the coronavirus since the start of the season.

“At the preseason meeting with our parents, our captains got up and spoke and really implored the parents to do a good job on their part so we could keep the season going,” Clevenger said. “This was back in early August.”

St. Ansgar is one team that hasn’t missed time due to COVID-19. The Saints have been able to play in every scheduled game so far this season.

Other North Iowa teams haven’t been so lucky. Mason City, Osage and Charles City were a few teams who had to miss games because of someone connected to the program testing positive.

“Every week this year we’re just thankful to be playing,” Clevenger said. “At the beginning of every week, we’re trying to get to Friday healthy. Healthy injury-wise and healthy where we’re not in quarantine.”

The Saints, to their credit, have taken precautionary steps to stay healthy. Some players wear shields that are attached to their facemasks. St. Ansgar coaches regularly sanitize.

But maybe the biggest thing that the Saints have done has been emphasizing the importance of wearing masks.

The Saints have outscored playoff opponents 147-34. Along the way, they’ve handily beaten two ranked opponents – which can do wonders for a team’s confidence.

But Cole, St. Ansgar’s new all-time career rushing leader, is more worried about going 1-0 than looking in the past. And 1-0 starts with staying healthy.

“We’re just trying to make it to next week all of us, wearing our masks, making sure that we don’t get sick,” Cole said. “We just really want to be at the next game.”

Coaches, players and fans alike were up in arms on Tuesday morning about whether or not fans would be able to attend state football games at the UNI-Dome this weekend.

Due to the rising numbers of COVID-19 cases across the state, Gov. Kim Reynolds put out a proclamation intended on slowing the spread. One major area the state is focusing on are sporting events. For youth sports (anyone 18 and under), only two people would be allowed at a sporting event per athlete.

This new rule caused some questions from fans who had already purchased their tickets for state football. The IHSAA has since clarified that the new guidance does not apply for state football, due to a mask-mandate and seating chart already in place at the UNI-Dome.

Cole moves up in record books, St. Ansgar one game away from UNI-Dome

For the Class A, No. 2 St. Ansgar football team, Friday night’s third round game against No. 9 South Winneshiek was just business as usual.

Saints cruise through Warriors in third round of playoffs

On paper, the matchup between Class A, No. 2 St. Ansgar and No. 9 South Winneshiek was supposed to be one of the closest games of the weekend in the Class A playoffs. Someone forgot to tell that to St. Ansgar.

The Waldorf athletics department announced on Wednesday that no fans will be allowed at the Cobblestone Inn and Suite Classic, a four-game eve…

A Belmond-Klemme teacher who died over the weekend tested positive for COVID-19 just three days earlier.

St. Ansgar and Iowa City Regina are two programs that are familiar with the UNI-Dome. The two teams will collide on Friday morning with a chance to play in the state championship hanging in the balance.

Osage girls’ basketball hopeful for trip back to the Well

A lot has changed since the Osage girls' basketball team made it to Wells Fargo Arena a season ago. But the squad is hopeful to make it back. 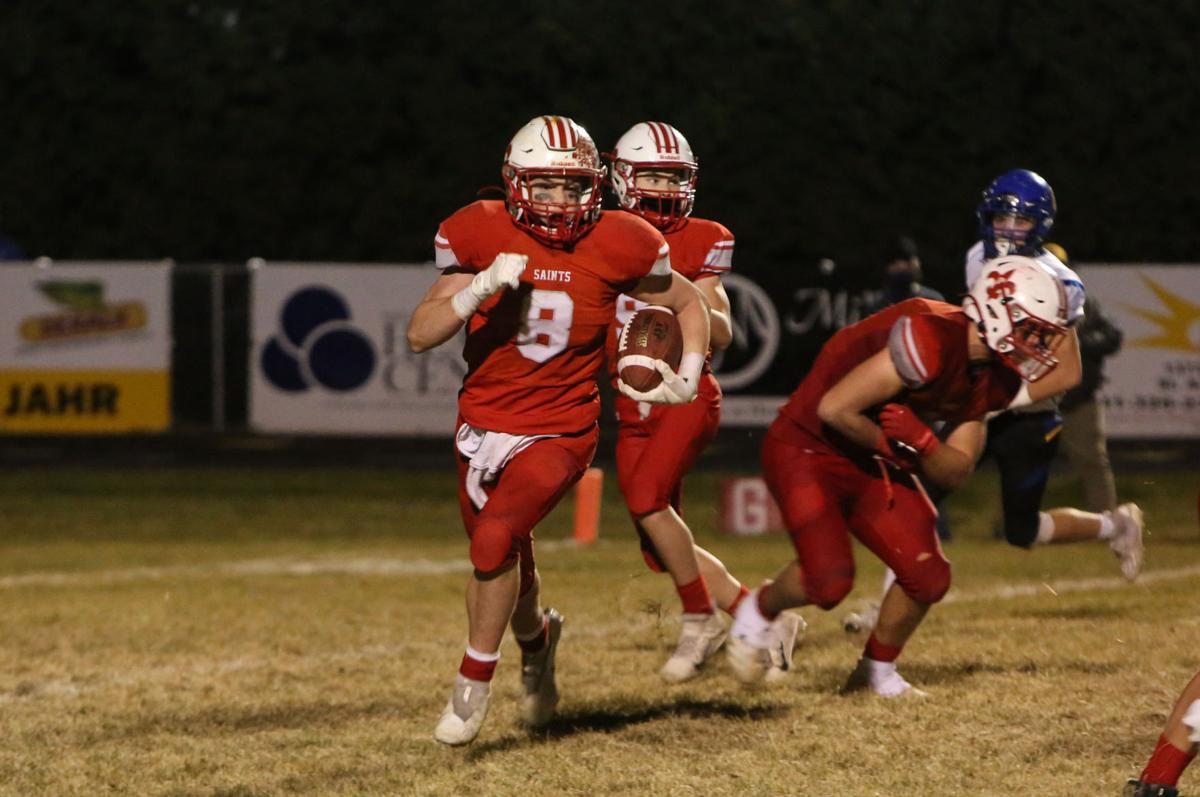 Ryan Cole’s 259 rushing yards marks the second consecutive week where he’s rushed for over 250 yards. The senior had four touchdown runs, a touchdown catch and a fumble recovery. 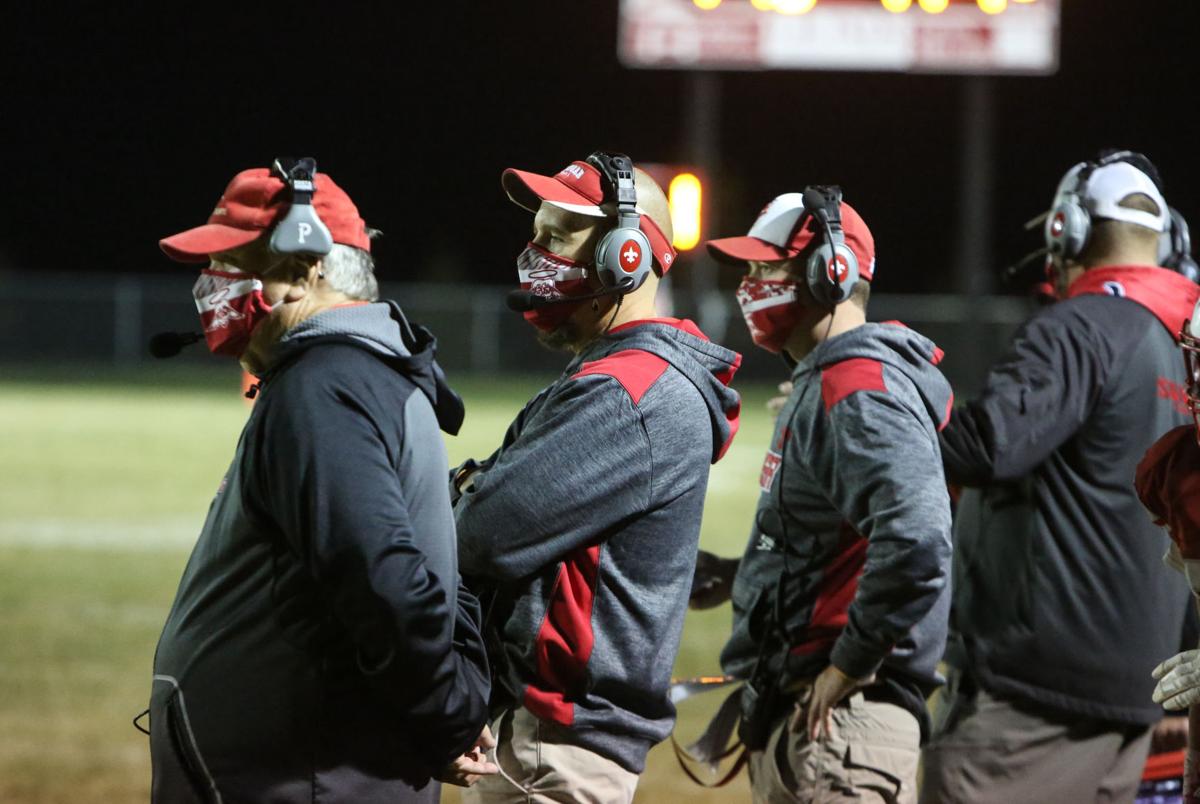 Drew Clevenger, second from the left, overlooks his team during a playoff game this season. 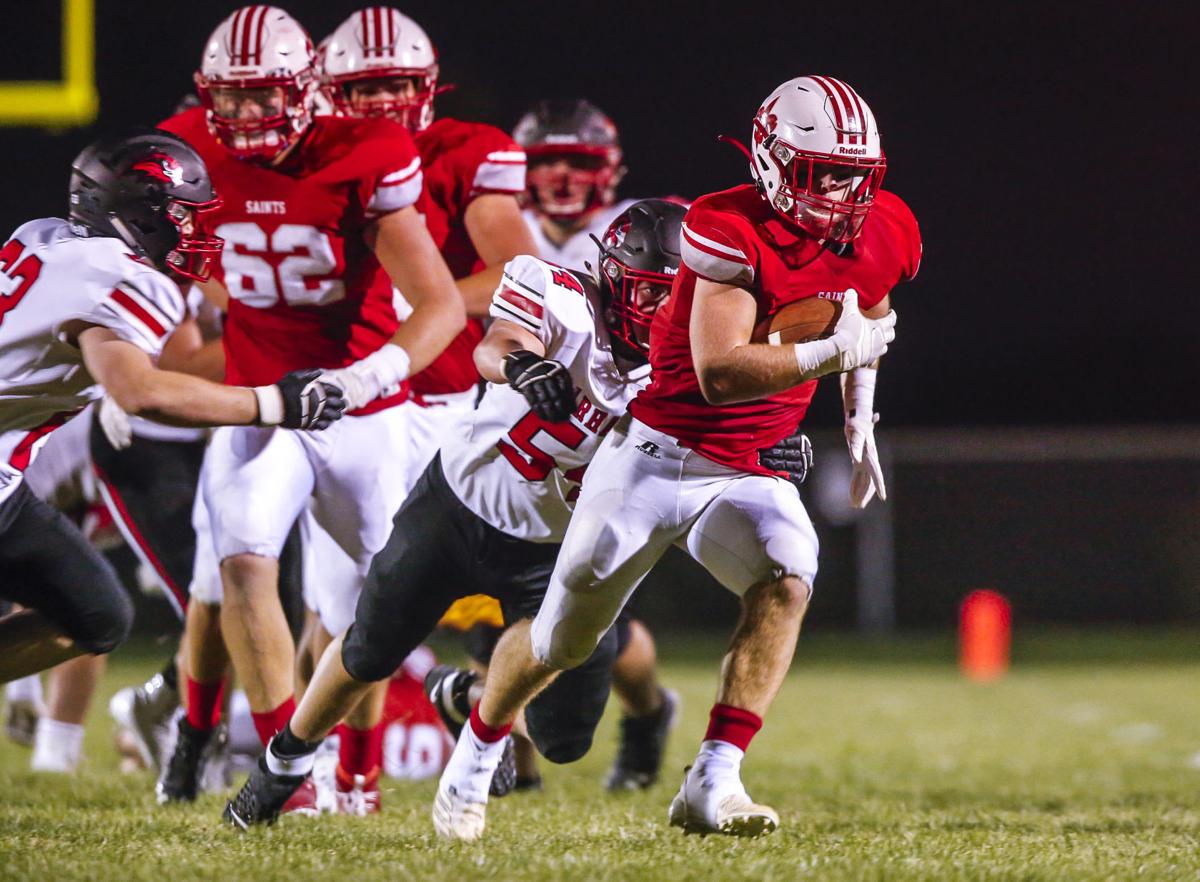 With his facemask shield on, St. Ansgar senior Carter Salz runs the ball against West Fork earlier this season.