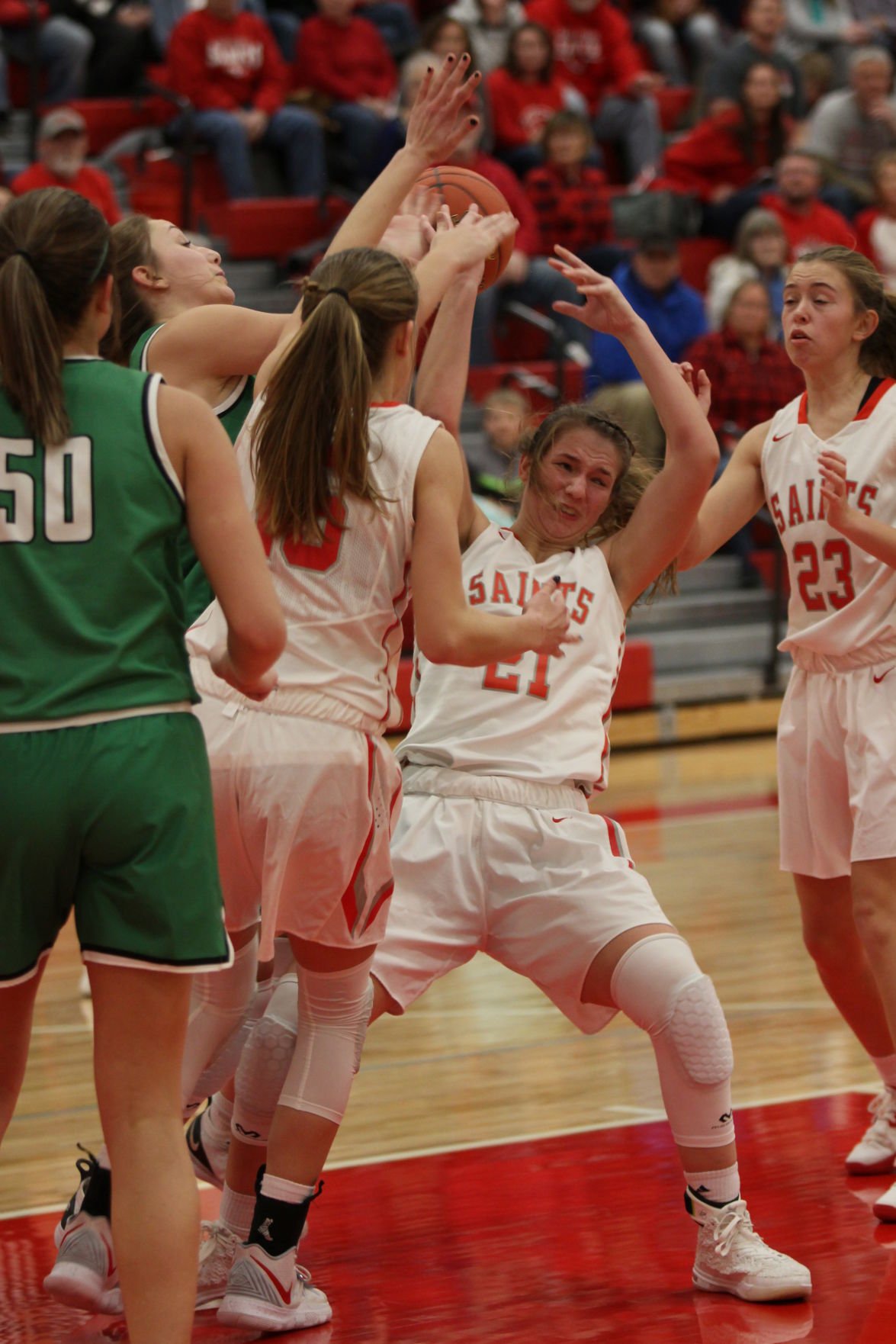 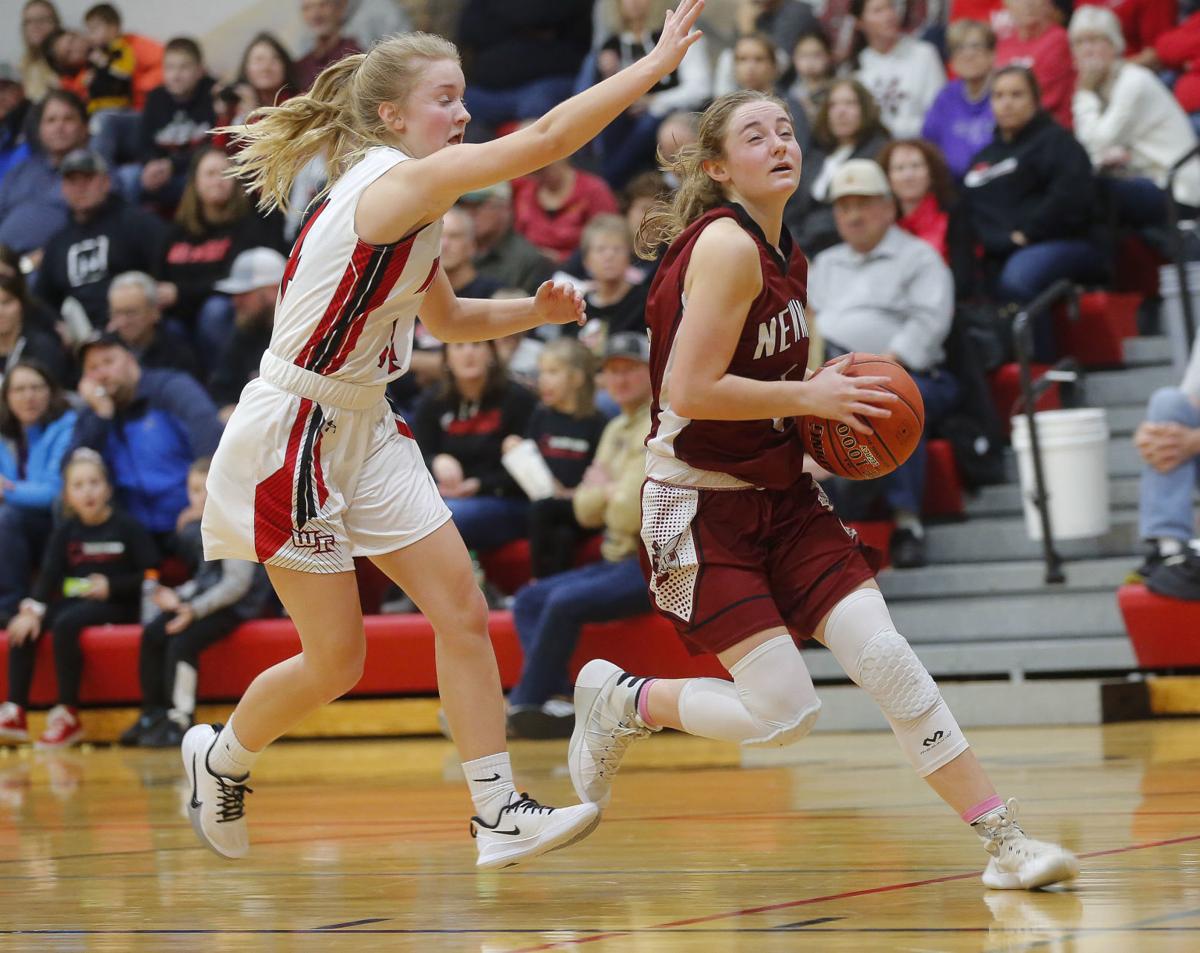 Newman Catholic senior Lily Castle drives to the hoop against West Fork in a game earlier this season in Sheffield.

After a sudden snowstorm swept through North Iowa last week and led to the postponements and cancellations of many area basketball games, we'll try this again. Hopefully this time, this Game of the Week story will not immediately be deemed obsolete.

This week, we'll be headed to St. Ansgar for the Globe Gazette Game of the Week between the St. Ansgar and Newman Catholic girls basketball teams.

No. 7 St. Ansgar comes into Friday's game on a hot streak, winners of its last eight games. The Saints have an overall record of 9-1 and an average margin of victory of nearly 20 points.

Three players are doing the heavy lifting for the Saints this year, with Hali Anderson, Gracie Urbatsch and Brooklyn Hackbart averaging 16.5, 13.2, and 12.4 points per game, respectively.

Anderson has a team-high 165 points this season, and also leads the team with 19 3-pointers. Hackbart has proven to be an offensive and defensive threat, with a 51.9 shooting percentage, 112 total rebounds, 25 blocks and 25 steals on the season.

The Saints are fresh off a dominant 52-15 win over Northwood-Kensett on Tuesday night and hope to have a repeat performance against the 6-4 Knights.

On Friday, the Knights will have their hands full.

Newman is led on offense by junior Kealan Curley, who has 139 points on the season, 81 more than the Knight's second-leading scorer, Lily Castle. Curley averages 13.9 points per game, and though she takes plenty of shots, is not a high-percentage shooter, with a mark of just 36 percent for the year.

The team's most accurate shooter is Hailey Worman, who has a team-high 43.8 percent shooting mark.

Faith Wadle is the Knights' leading rebounder with 64 boards, while Curley isn't too far behind, with 49. Curley has also contributed 20 assists, 32 steals and six blocks.

The point is, Curley is the engine that makes Newman Catholic go. As the leading scorer, she will get the ball and take the big shots, but against a top-flight team like St. Ansgar, she might struggle.

A big key for any basketball team is depth. The Saints have plenty of weapons on offense and defense, a big reason why they are ranked No. 7 in the state in Class 1A. That depth should be enough to boost them over the Knights. But that all could change if Curley has a big day.

Still, the Saints should get this one. Not only do they have depth, they have confidence.

Newman Catholic senior Lily Castle drives to the hoop against West Fork in a game earlier this season in Sheffield.