History was made on Wednesday afternoon for the No. 1 Osage volleyball team. But it wasn’t easy.

Down 1-0 in the match against No. 4 Davenport Assumption in the Class 3A state semifinals in Cedar Rapids, the Green Devils could’ve packed it in and quit.

After all, it’s not very often that Osage loses a set. It’s been over a month since that last happened.

Osage won three straight sets to beat the Knights, 3-1, and advance to the first state final in program history.

“Very proud of the way the girls battled throughout the entire match,” head coach Bryan Tabbert said. “Dropping a set, that’s not something we’re used to. Mentally, the girls had to bounce back from that and keep pushing themselves.”

Osage jumped out to a 7-2 lead in the first set, but Davenport Assumption battled back and took control of the set, 16-13. The two squads were tied at 21 points, and then again at 23 points. The Knights scored the final two points to win the first set, 25-23.

The last time that Osage dropped a set was on Oct. 3 against Waverly-Shell Rock.

“We just had to play Osage volleyball,” senior Danielle Johnson said. “We have such a high standard for how we play, and we just weren’t playing it.”

For most of the second set, the Green Devils weren’t playing up to standard again. The Knights led for the majority of the set. Down 21-18, Tabbert called a timeout and gathered his players.

Whatever he told them in the huddle worked, as Osage fought back to tie the set, 24-24. The Green Devils took their first lead of the set on the next point, and went on to win it, 26-24. The win for Osage tied the match, 1-1.

“We knew last year, we went in and lost the first game and we just let it beat up on our brains a little bit,” senior Paige Kisley said. “We had to be strong and have senior leadership. We were in that position before and we knew we had to take care of business.”

Davenport Assumption responded by looking sharp in the third set. The Knights consistently led by six points and held a 16-10 lead midway through the set. The Green Devils finally gained some momentum and stormed back to tie the match, 21-21.

Osage was able to use the momentum gained during the comeback and win the third set, 25-23, to take a 2-1 lead. Kisley had seven kills in the third set alone.

The Green Devils followed up the win by controlling the entirety of the fourth set and earning a 25-17 win. The 3-1 victory moved Osage into its first state final appearance in program history.

The gravity of the accomplishment isn’t lost upon Tabbert and his girls.

“That is huge,” Tabbert said. “These seniors, they wanted to make history, and they’ve made history by being in the finals. They’ve got one more step to make.”

Kisley and Johnson each finished with 19 kills, and senior Ellie Bobinet had 44 assists in the win.

The Knights move to 33-2 and will play No. 3 Mount Vernon in the 3A state championship at 3 p.m. on Thursday in Cedar Rapids.

Tabbert is excited for his girls and knows what fans should expect.

“Some power volleyball, some scrambling,” Tabbert said. “And one heck of a match.”

One more win to history.

A lot was on the line on Tuesday night at Central Springs. Bragging rights between Top of Iowa Conference division champions, a win in a rivalry game and a trip to the state tournament hung in the balance.

Chelsey Holck will sign her national letter of intent to play basketball on Wednesday at 4 p.m. in NIACC's gym.

The Class A, No. 2 St. Ansgar football team has made things look easy up to this point in the playoffs. Friday night's game against No. 7 MFL-Mar-Mac should be a good one.

Game of the week?

The NIACC men's cross country team, which was ranked No. 1 in the country back on Oct. 21, will go into the national meet on Nov. 14, ranked N… 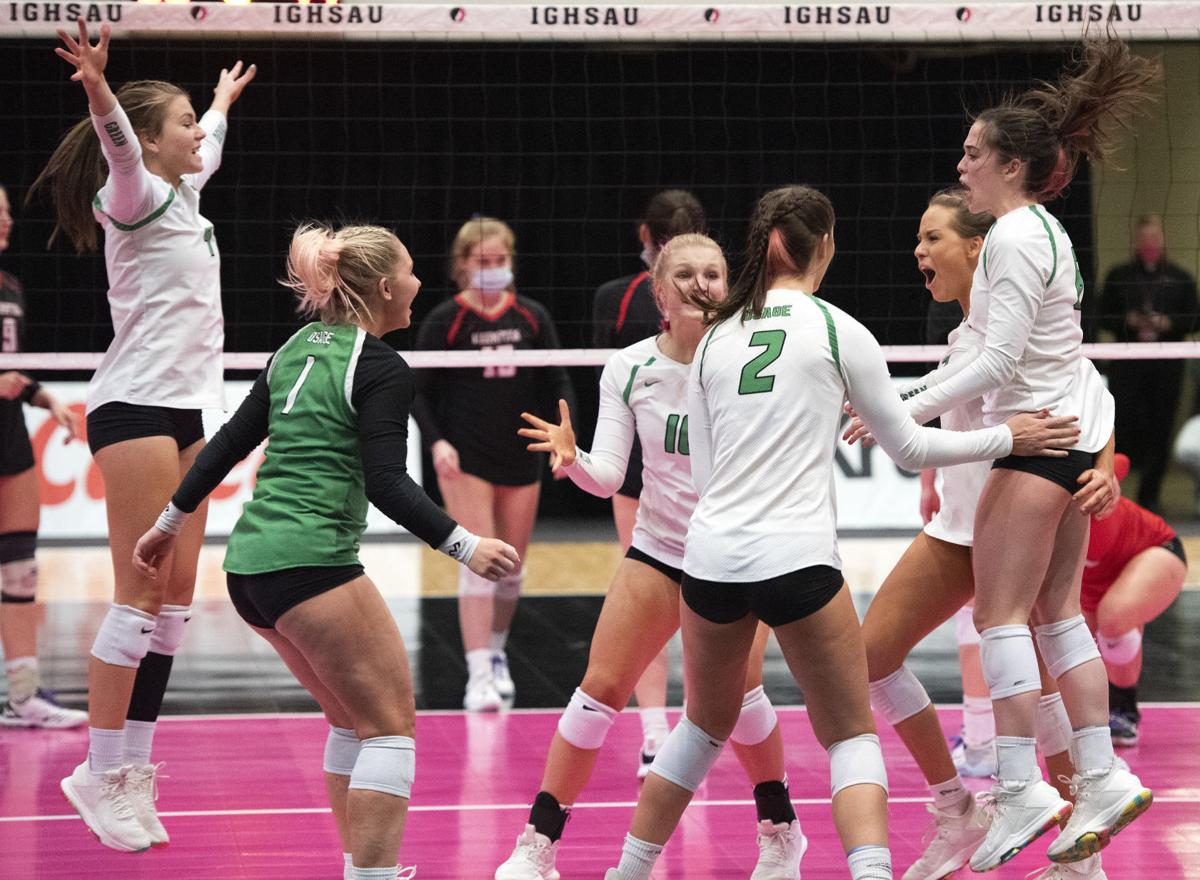 The Osage volleyball team celebrates its victory over Davenport Assumption in Class 3A semifinal round action of the Iowa high school state volleyball tournament Wednesday in Cedar Rapids. 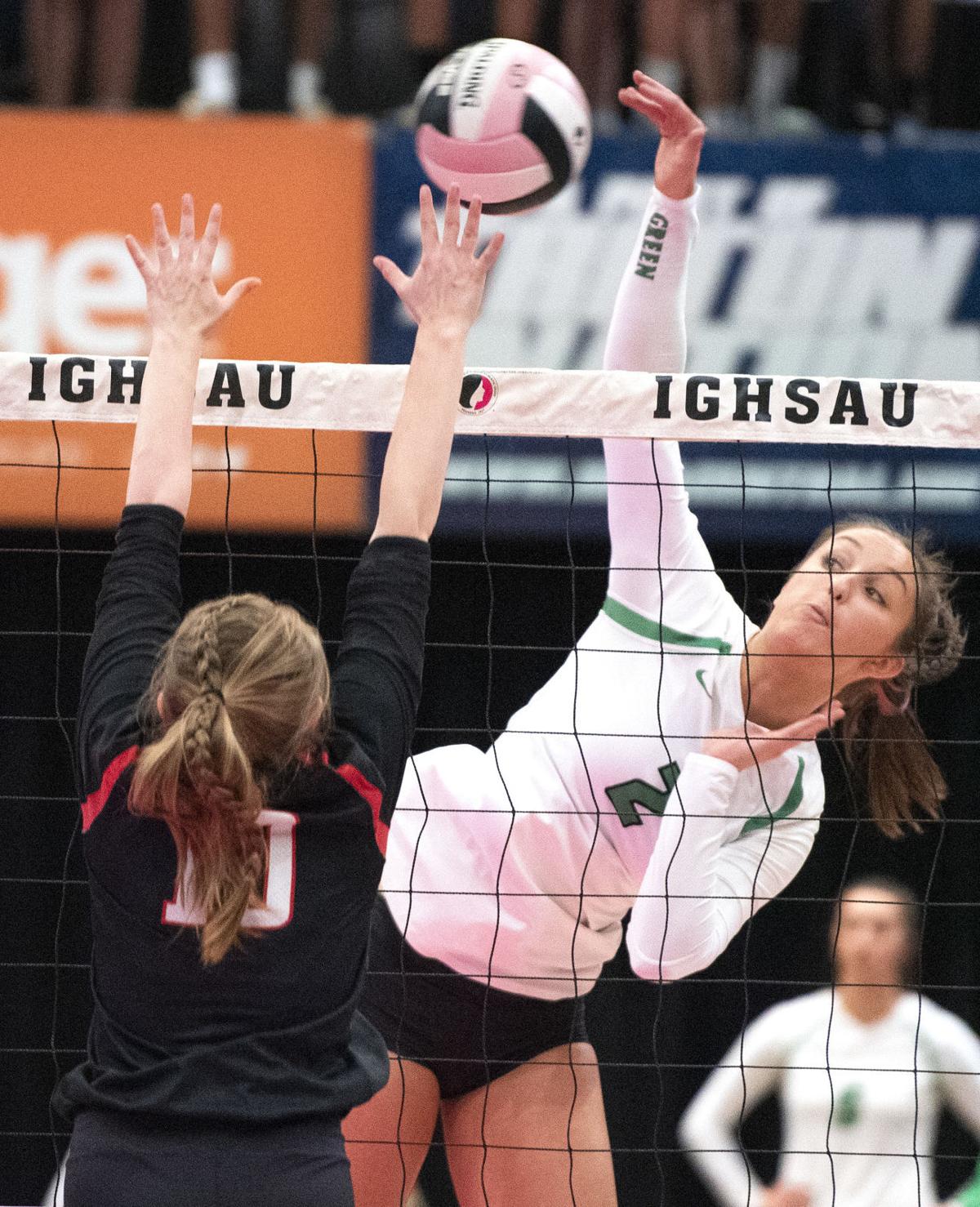 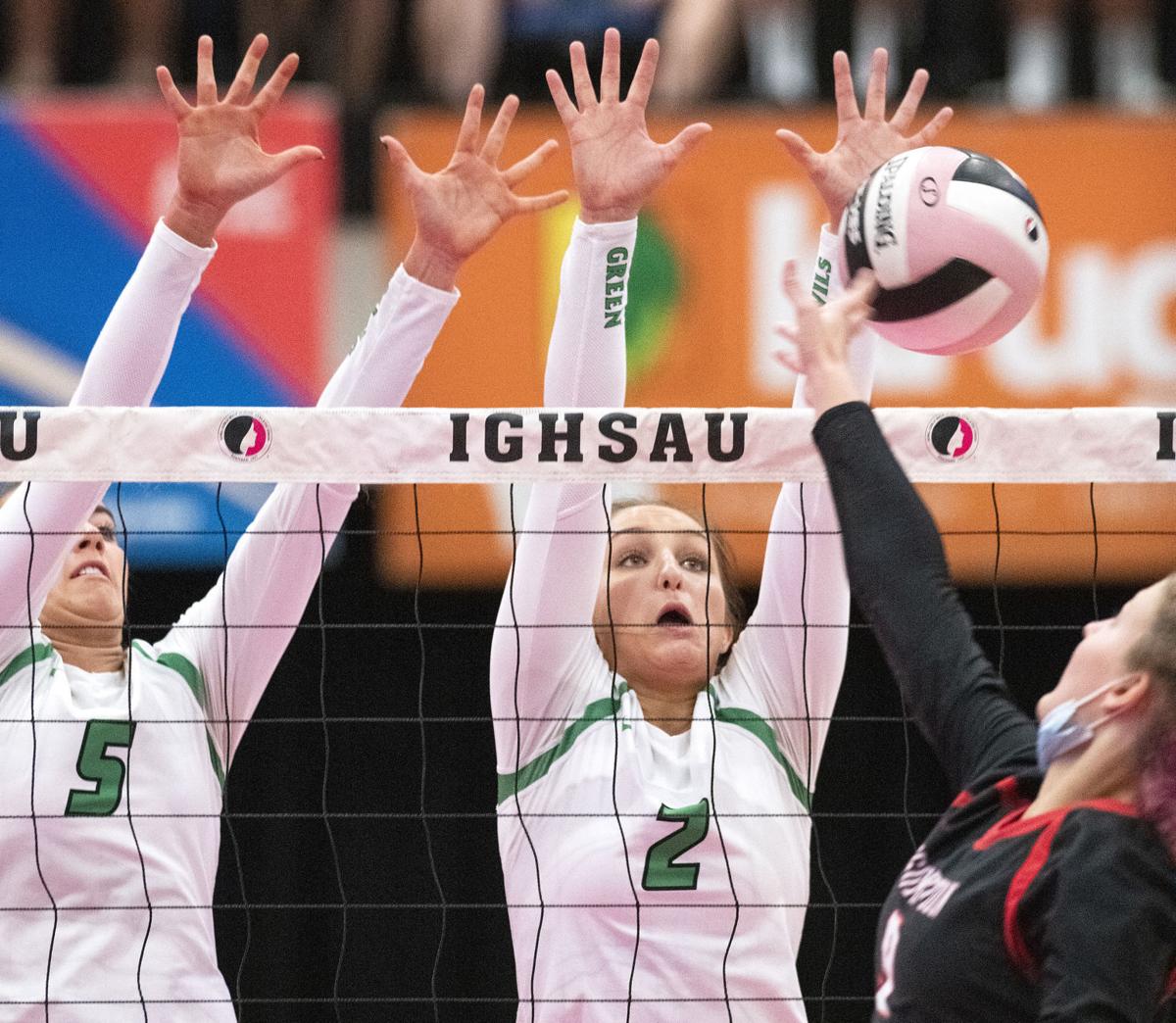