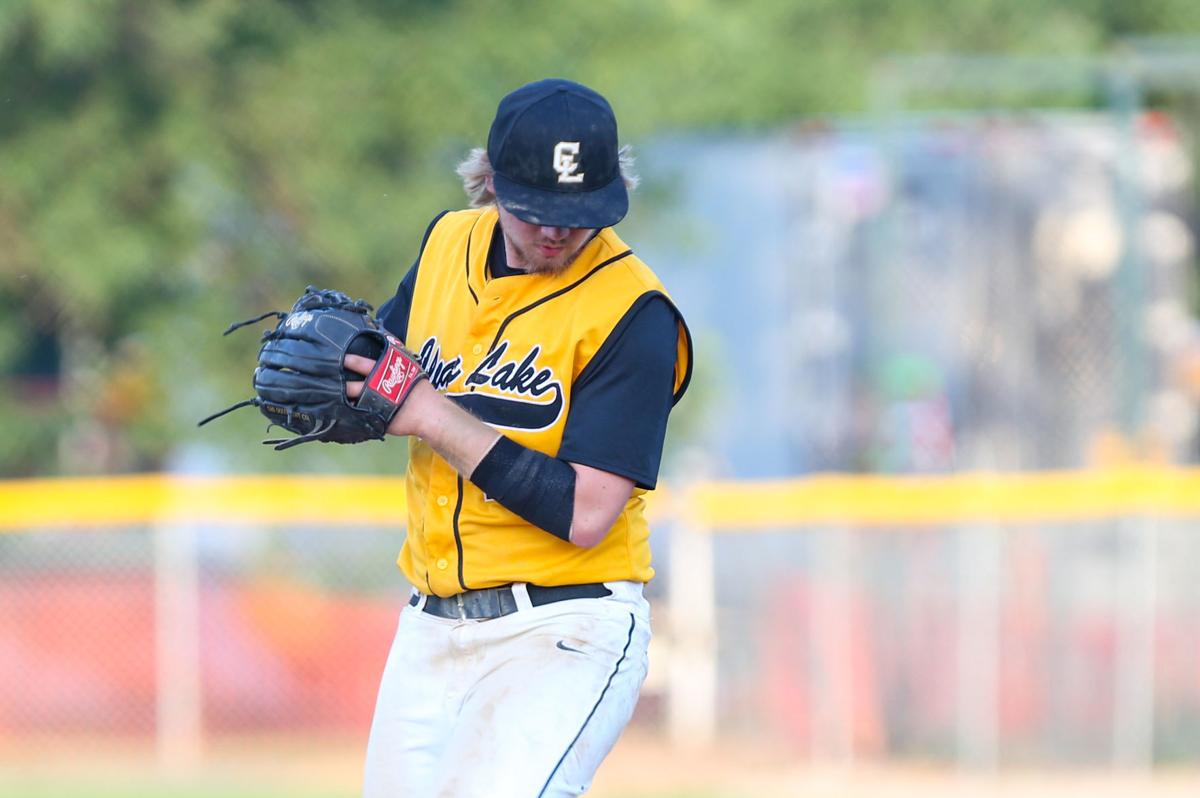 Erik McHenry prepares to pitch against Humboldt at a game at Lions Field on Monday. 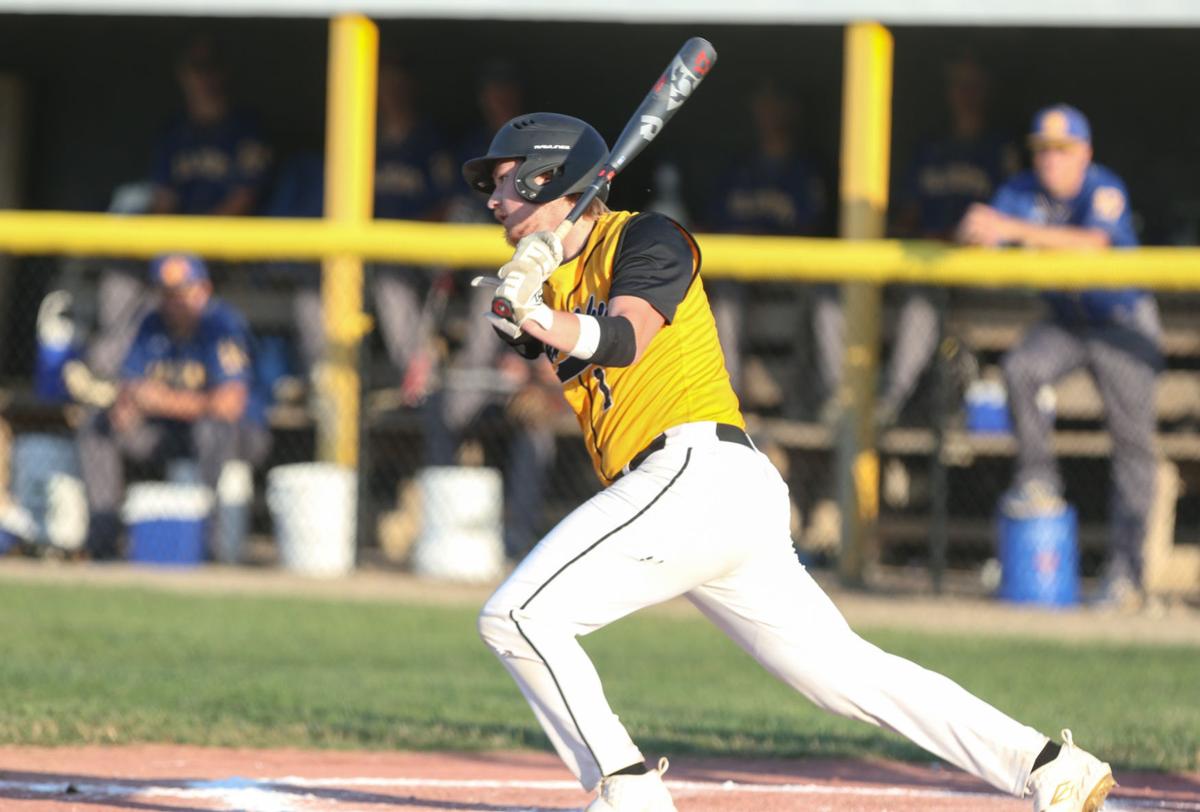 Clear Lake's Erik McHenry bats against Humboldt at a game at Lions Field on Monday. 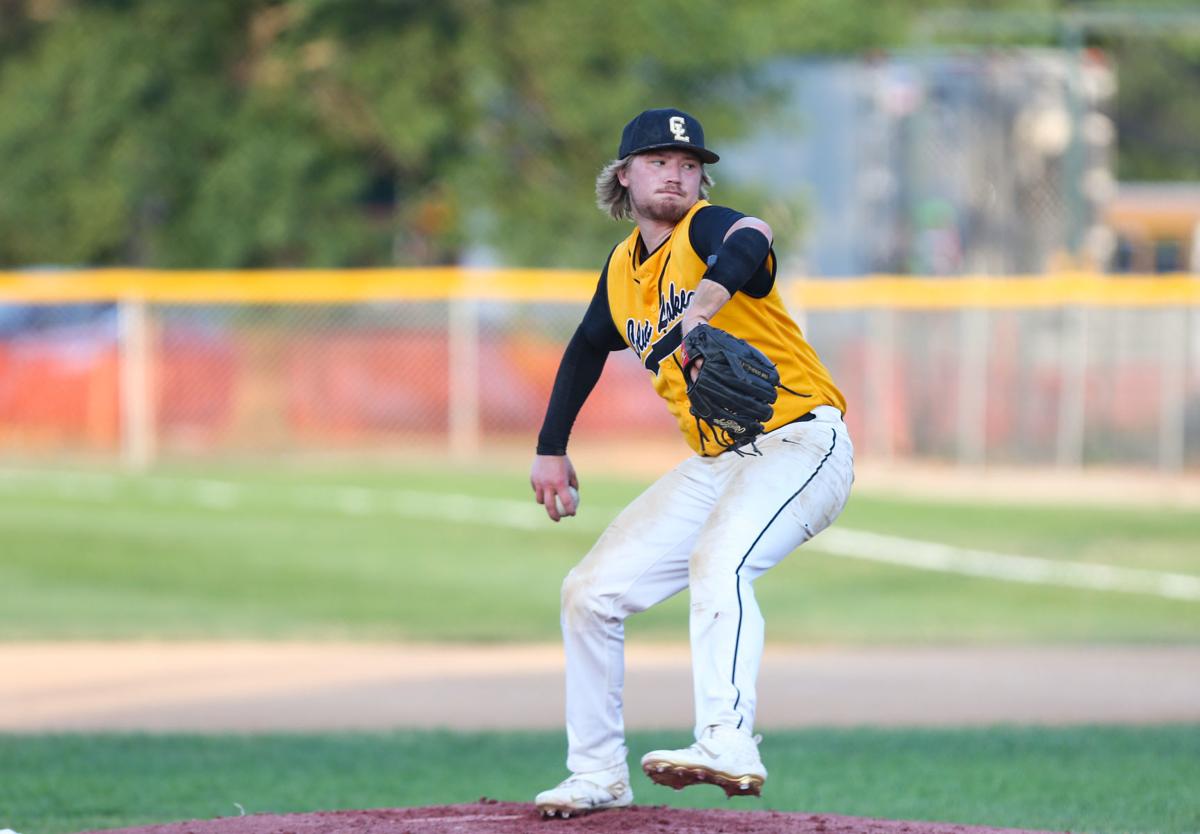 Erik McHenry pitches against Humboldt at a home game on Monday. 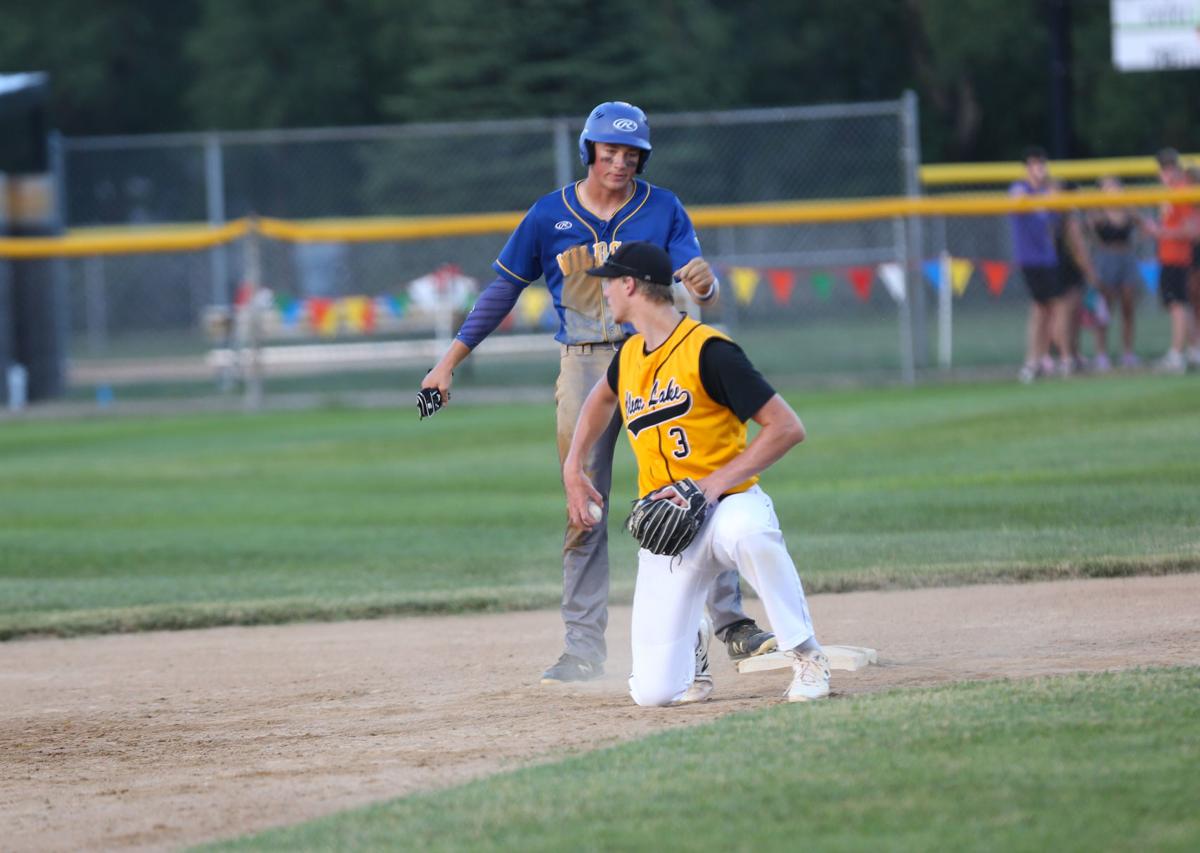 Clear Lake's Andrew Formanek (#3) backs up to second base to tag a Humboldt runner at a game at Lion's Field on Monday.

In this case, it applies to Clear Lake senior Erik McHenry, a five-year baseball starter who seems to always have a dirty uniform.

On Monday night, McHenry came on in relief of starting pitcher Andrew Formanek and pitched six strong innings, allowing no runs on five hits in the Lions’ 3-0 home loss to Humboldt on Senior Night at Lions Field.

“He’s been a great senior for us, had a great career, and I just wanted that one for him,” Clear Lake head coach A.J. Feuerbach said. "We just couldn’t get any runs across the plate and get any offense going for him. He pitched good enough to win that game tonight.”

Feuerbach speaks fondly of McHenry, whose scrappy and all-out style of play has earned him the admiration of his coaches and teammates. McHenry, who started as an eighth-grade outfielder on Clear Lake’s 2016 state championship squad, has what Feuerbach calls a ‘dirtbag mentality’.

“He’s been a great baseball player for us,” Feuerbach said. “He’s not the biggest and not the fastest, but he just is a grinder. I call him my favorite dirtbag. He’s always dirty. He does everything right and gets after it.”

McHenry laughed when told of Feuerbach's compliment, and said that the ‘dirtbag mentality’ is what has brought him his baseball success. This season, McHenry is hitting .394 with a .574 on-base percentage, along with a team-high 15 hits and 11 walks.

He also has a WHIP of 1.00 on the mound, with a .146 opponent batting average and 18 strikeouts in 16 innings of work. When not pitching, McHenry is the Lions' starting shortstop.

“It's just going all out, diving when I need to, getting dirty on the base paths, and hustling out everything I can. I give my 100 percent,” McHenry said. “That’s how I got my spot my eighth grade year, just by working hard and doing everything I can control.”

McHenry is also a hockey goalie in the wintertime, which Feuerbach can see some traces of on the baseball diamond. While he is not a super vocal leader, McHenry leads by example and can bounce back quickly when things don’t go his way.

While he can get emotional on the diamond, his coaches rarely have to rein him in.

“That’s the fire in him,” Feuerbach said. “I’ve been here and coached him for all five years. We’ve got a good rapport. He knows what I want done, and I know how he ticks. It's a good relationship between coach and player.”

Since starting his career on the 2016 state championship squad, McHenry has seen a lot change for the Clear Lake program. To start with, he is no longer the new kid in the lineup, the eighth grade wunderkind who came in and nabbed a spot in the starting lineup.

Instead, he is the grizzled veteran, whom the other players look to for guidance and leadership. When he is on the mound, McHenry is in control.

“I usually call the pitches, but he shakes me off whenever he wants, and it usually works for him,” senior catcher Connor O’Tool said. “It doesn’t bother me none. Whatever he wants to do, I’m just there for him.”

It has definitely been a different season than McHenry and Feuerbach were expecting. Due to COVID-19, the schedule was basically cut in half. That has been a challenge for Feuerbach, who took over as head coach after four years as an assistant under former coach Seth Thompson.

“It’s not everything I expected when I took the job in January,” Feuerbach said. “We’re dealing with it as best we can, and we’re making it work. We’ve lost some games on the schedule, but we’re trying to keep the kids and the coaches as safe as we can. It’s nothing I want to go through again.”

McHenry admits that the team has ‘struggled with the transition’ at times in adjusting to the change in philosophies that come with a new head coach, but he likes the direction the team is headed, both this season and in the years to come.

After finishing 15-15 in 2019, the Lions are above .500 and sit in third place in the North Central Conference standings.

“It’s heading in the right direction,” McHenry said. “It’s been a bit different, but I think the transition went pretty well. We were just on a six-game win streak, we had a bit of a bump in the road tonight, but I think we can bounce back and have a shot.”

After Monday’s loss to Humboldt, Clear Lake falls to 8-5 on the season, and 3-2 in conference play. The team will play its final conference game on Thursday at Iowa Falls-Alden.

A roundup of state government and Capitol news items of interest for Tuesday, July 7, 2020:

Council also advanced proposals for rate increases on utilities and amended a deal with Cargill.

The community college also intends to have a wide array of online options and practice all necessary social distancing measures.

Everybody Plays playground is closer to becoming a reality in Clear Lake.

Newman Catholic catcher Max Burt has been one of the state's best hitters this season, and continued his torrid pace on Thursday night. Burt h…

Baseball isn't something that tickles my fancy much anymore. Ever since the Kansas City Royals managed a second World Series win in 2015, my c…

Erik McHenry prepares to pitch against Humboldt at a game at Lions Field on Monday.

Clear Lake's Erik McHenry bats against Humboldt at a game at Lions Field on Monday.

Erik McHenry pitches against Humboldt at a home game on Monday.

Clear Lake's Andrew Formanek (#3) backs up to second base to tag a Humboldt runner at a game at Lion's Field on Monday.