On Friday night, Osage’s offense boomed again, as the Green Devils beat Aplington-Parkersburg in the first round of the state playoffs, 33-7.

For the second straight week, the combination of Muller and  Mooberry added up to big yardage for the Green Devils. After Falcons quarterback Owen Thomas ended the game’s opening drive with a 12-yard touchdown run, Mooberry caught three passes from Muller for 83 yards, though the drive ended with Osage turning the ball over on downs.

After the defense held the Falcons scoreless on the next drive, Muller threw the ball to Mooberry on first down for a 15-yard gain. Five players later, Mooberry took the handoff from Muller and scored a 28-yard rushing touchdown, as Osage pulled with in one, at 7-6.

On Aplington-Parkersburg’s next drive, the Falcons again turned the ball over on downs, this time at the end of a 15-play, 64-yard drive. On Osage’s ensuing drive, Mooberry took the ball three times on the ground for 18 yards, including a six-yard touchdown run.

After the two-point conversion, Osage led the Falcons, 14-7. Osage scored one more time in the half, on an 8-yard touchdown pass to senior Ben Miller with 1.5 seconds left in the half. At halftime, Osage led A-P, 21-7.

On Osage’s second drive of the second half, Muller threw a 60-yard touchdown pass to junior Tyler Oberfoell, as Osage went up, 27-7. The Green Devils final score came with 8:45 remaining, on a five-yard touchdown pass from Muller to senior Connor Tabbert.

Muller ended the day with 327 passing yards on the night, and three touchdowns. After struggling in the early part of the season to get used to the offense of a brand new coaching staff, the Green Devils have outscored their past two opponents by a total margin of 86 to 13, with Muller throwing for a total of 10 touchdowns passes and over 700 total yards.

"Early on, he wasn’t confident in what I wanted him to look at, and we sat down multiple weeks in a row to get him confident in it, and to ask what he needed from me to change in the play calls to get him confident," head coach Torian Wolf said. "Now that me and him are on the same page, look at how special that kid can do it. It’s fun to watch him.”

Mooberry finished the game with 157 receiving yards, and 70 yards on the ground.

"If we get him outside with his speed, he can take anybody, he's the best athlete in the area," Muller said of Mooberry. "We get him the one-on-one and let him have the ball."

With the victory, Osage will move on to the second round of the state playoffs. Next Friday, the Green Devils will travel to Columbus Catholic, for a much-anticipated rematch against the Sailors. Back on Sept. 11, Columbus beat Osage, 34-7, the team's worst loss of the year.

"We want revenge," Mooberry said. "They think they're going to steamroll us, and we're going to go out and punch them in the mouth and play our style of football."

"It's a friendly rivalry": Witt and McDonough have sights set high after conference championship race

At the Top of Iowa East Championships in Osage on Thursday, the seemingly inevitable happened when St. Ansgar junior Riley Witt won the indivi…

The Mason City football team stormed back on Friday from a 14-point halftime deficit, as the Mohawks beat Gilbert, 16-14, on the road for the … 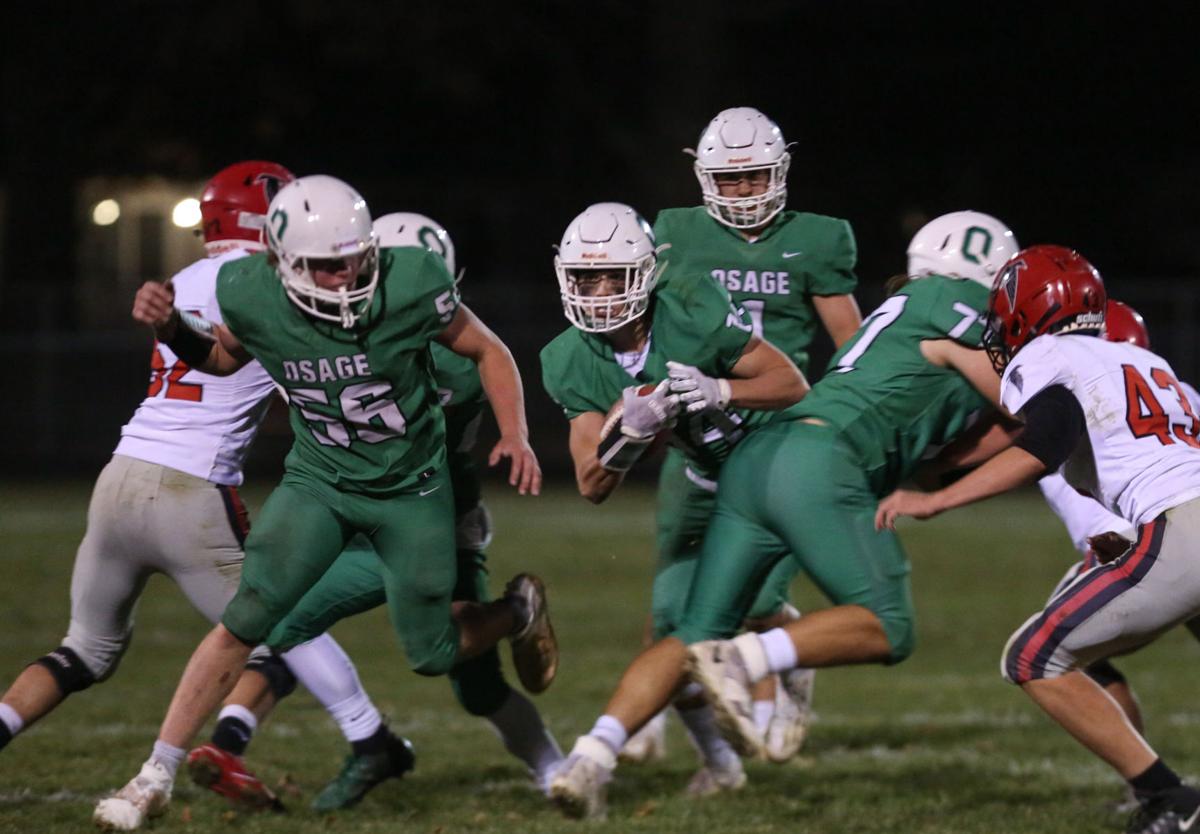 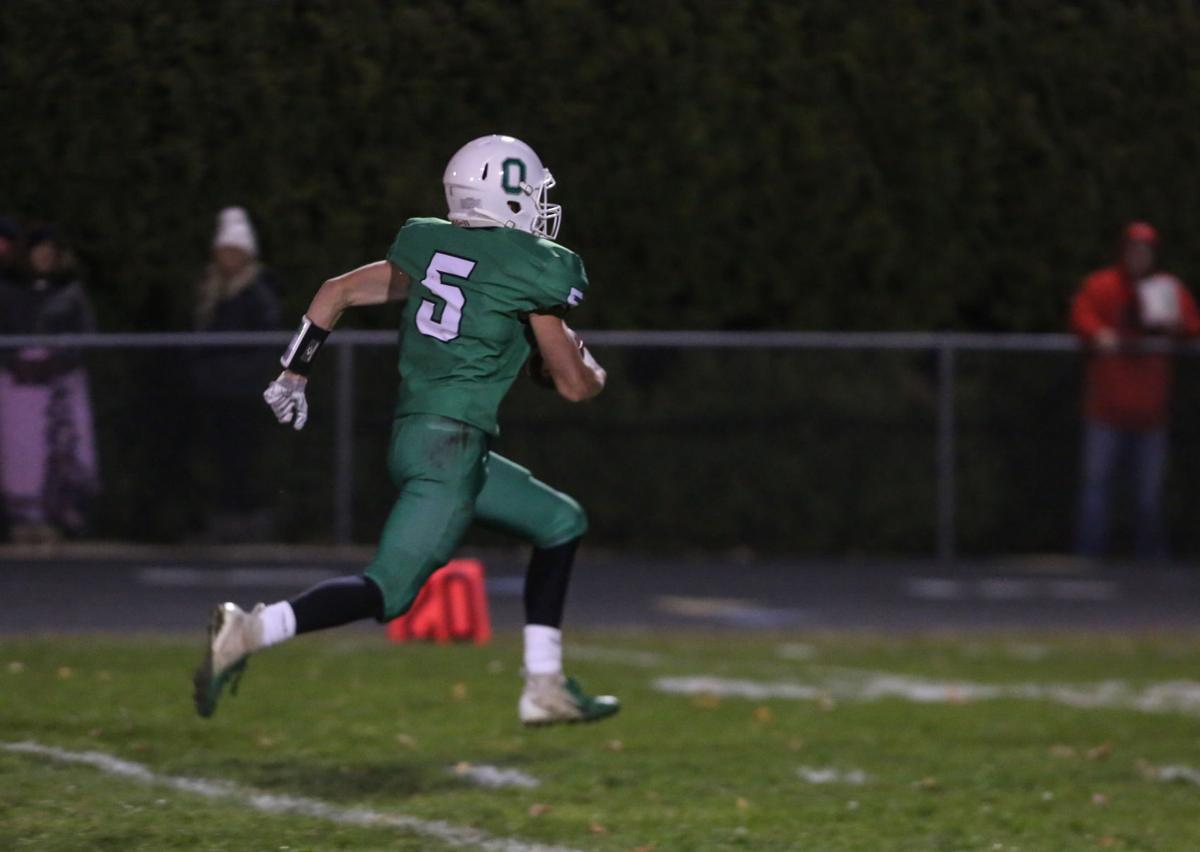 Tyler Oberfoell (#5) runs the ball in for a touchdown against Aplington-Parkersburg in Osage on Friday.