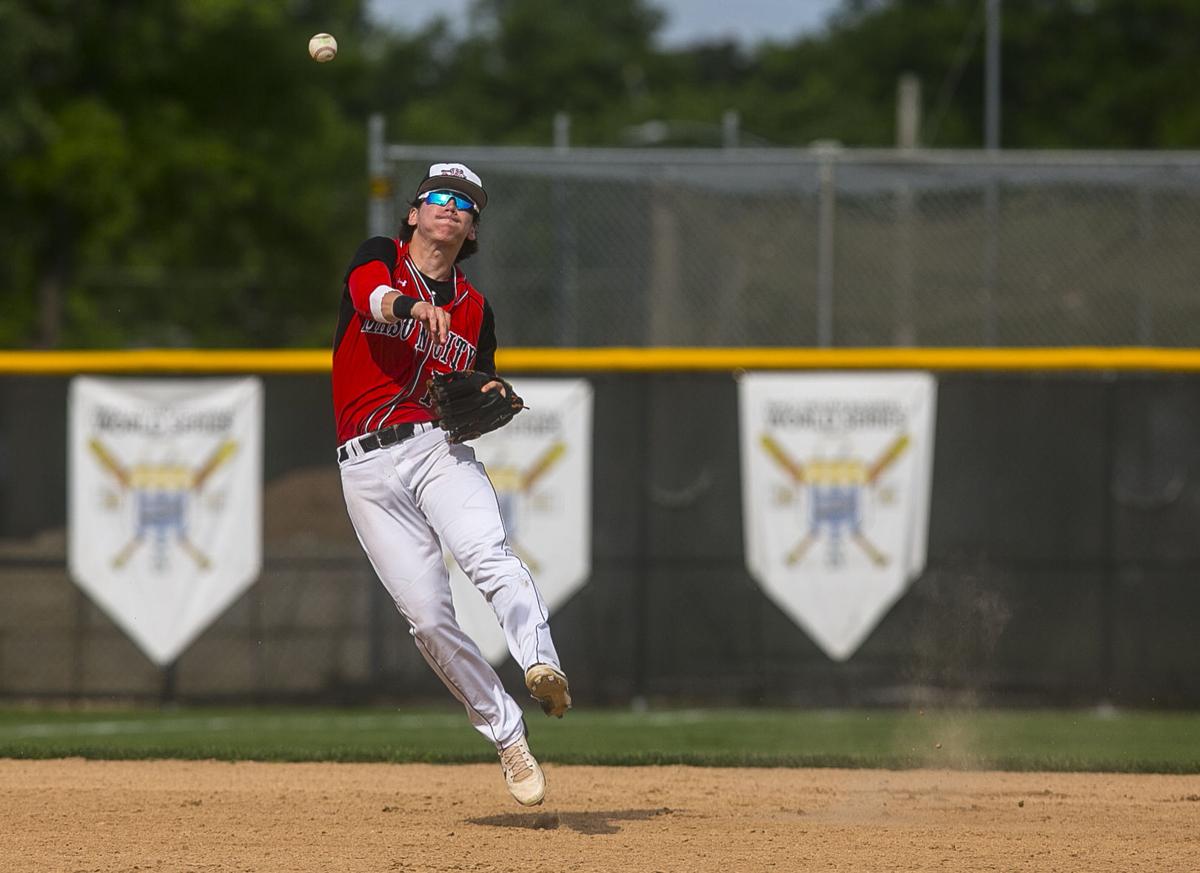 Mason City junior Avery Mellman fields a ground ball and makes a throw to first base against Fort Dodge in Mason City. 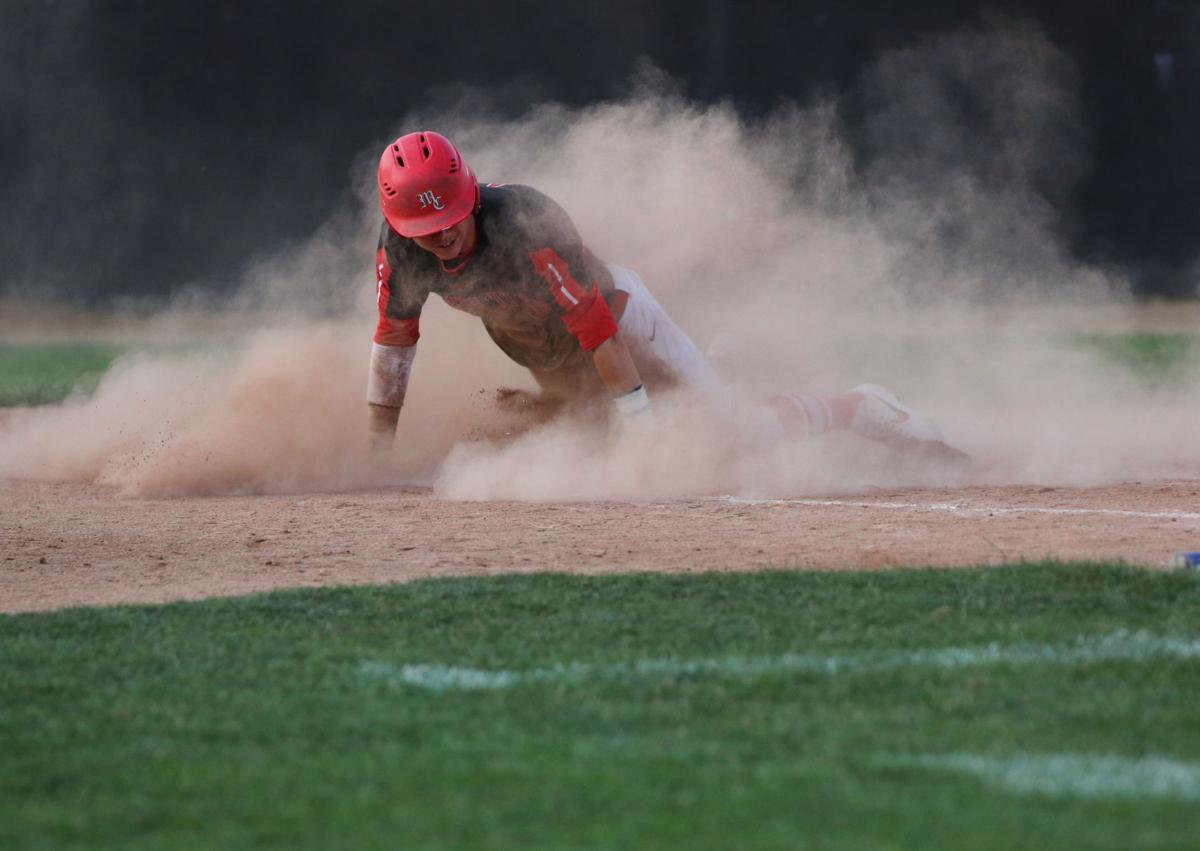 Junior Avery Mellman slides safely into home during the 2019 baseball campaign. The junior shortstop was named to the CIML All-Conference first team. 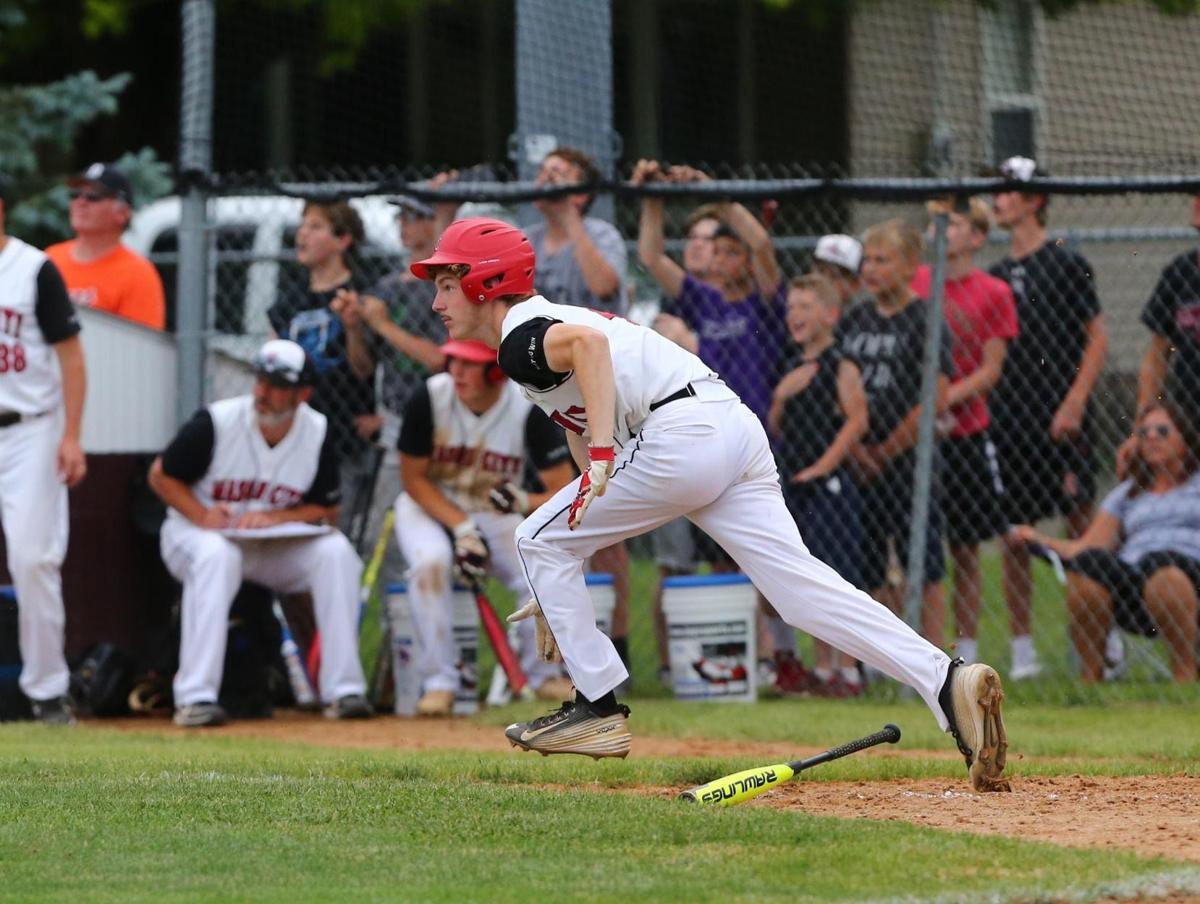 Carter Thomas runs to first base after a base hit in 2019. 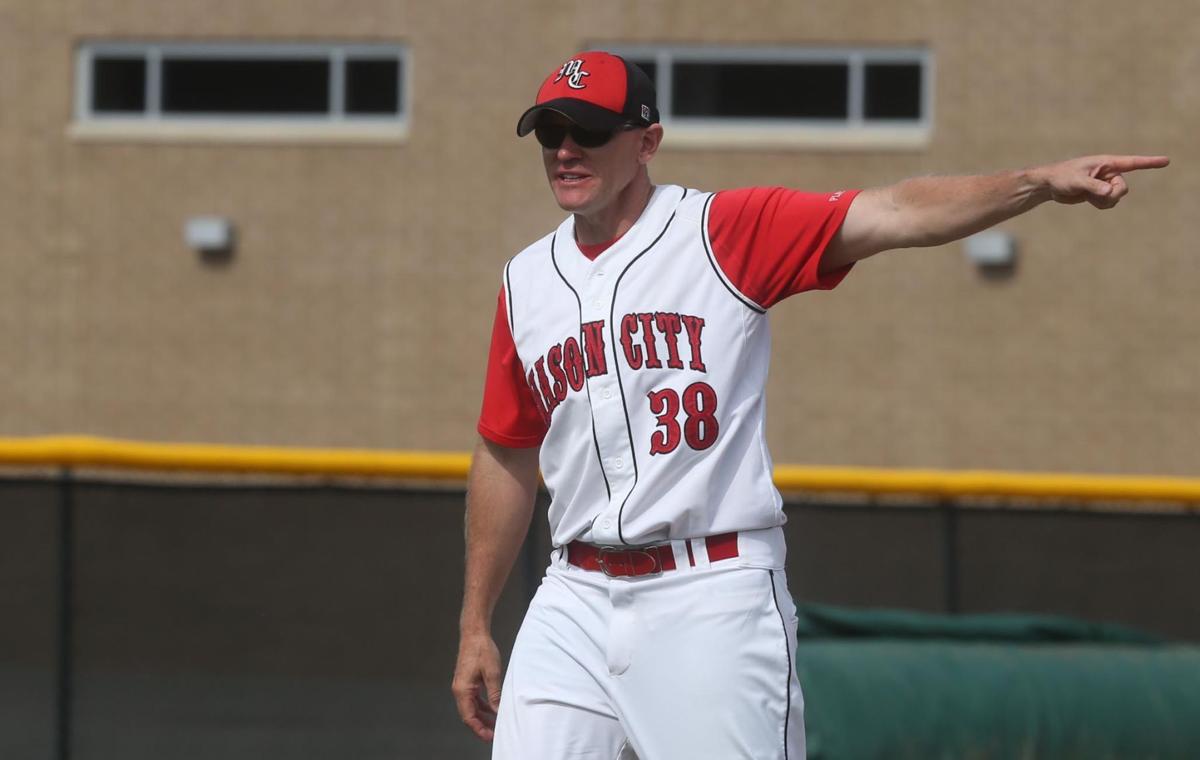 Troy Rood was named the head coach of the Large Schools West team in the 2018 All-State Series.

Thursday marked two years to the day since Mellman broke his leg in a 2018 baseball game, an injury that ended his sophomore season and kept him off of the athletic field for most of his junior year.

He worked his way back into the lineup for the 2019 baseball season, and had a productive year with a .310 batting average, a .437 on-base percentage, and a .550 slugging percentage.

Now, after nearly having a baseball season taken away from him for the second time, Mellman and his Mason City teammates are excited to be back on the diamond at Roosevelt Field.

After the COVID-19 pandemic led to the cancellation of spring sports, the prospect of a summer sports season happening in 2020 looked bleak.

“At one point, it wasn’t looking too good, and it kind of got me reflecting on my career,” Mellman said. “I wouldn’t say it was devastating, but I was shocked that ‘Wow, my high school season has ended.’ When we heard that we’d open up again, it definitely was a boost.”

This season, Mellman will have to step into a leadership role for the Mohawks that he hasn’t had to fill in the past. Though Mellman has long been thought of as one of the best ballplayers in the area, the Mohawks had seven seniors on last season’s squad, and he was never required to step in as a vocal presence. In 2020, the squad skews younger with three seniors, four juniors and five sophomores on the roster.

Mellman, who will play baseball next season at NCAA Division I South Dakota State, will be calling the plays this year as the captain of the infield.

“Avery Mellman is like a big brother out on the diamond,” sophomore Carter Thomas said. “He has definitely taken that role of being a leader and holding everybody accountable. He is the main guy that we have. If we don’t know what to do, we look to him for sure.”

The Mohawks have several holes to fill after the departure of the 2019 senior class. At catcher, sophomore Cooper Wiemann and freshman Nick Lavarato are battling for the starting job. On the mound, Mason City will look to left-handed pitcher Alex Gold to be one of the staff linchpins. Gold’s 2019 season was cut short by injury, but head coach Troy Rood has high expectations.

“Alex was our No. 2 pitcher last year before he tore his labrum,” Rood said.  “He’s going to be really effective as a left-handed pitcher, and we think he is going to make that jump to be a legit CIML ace.”

Even if the staff was fully stocked, the 2020 schedule would still test the Mohawks’ pitching depth. Due to the late start to the season, the Mohawks will play only 20 games this season instead of the usual 40.

“Our schedule will be as challenging as ever,” Rood said. “For all teams around the state, pitching is going to be tested, the depth of your pitching staff. Especially in that month of June, where you are trying to build up a base.”

The plan is for Mason City to play two to three doubleheaders each week against each of its pod opponents. With such a quick turnaround between games, it will be a challenge for Rood to find enough arms to fill those innings.

Mason City’s schedule will start with cross-over games against Waukee and Dowling Catholic, two of the best teams in the state. There will be no ease-in period to the season, and instead, the Mohawks are hoping they can hit the ground running, as if they are already in mid-season.

“That will be a huge thing for us to get going right away,” Mellman said. “We’re either going to get punched in the face or we’re going to punch them in the face. It’ll be interesting to see.”

With all of the health restrictions in place this year, such as no standing in the dugout during practices, social distancing, and a ban on sunflower seeds, this baseball season will look different than any that has come before.

As with everything else, Rood is making sure that his players follow the new rules to the letter.

"He really stressed that we have to follow the guidelines to perfection, so that nobody is calling us out on it," Thomas said. "We do everything by the guidelines all the time. If someone slips up a little bit, he gets pretty mad about that because we could get a lot of backlash from people."

No matter how wacky this season gets, and how many precautions they have to take, Rood and his players are grateful that they will get suit up at all. It wouldn't be summer in North Iowa without baseball.

"(Mason City) is a great baseball town," Rood said. "To have the Mohawks and the (Newman) Knights playing on these summer days and evenings, that is a special thing for North Iowa. I am happy our area gets a chance to witness that this summer."

A blend of newer faces and returning players has head coach Jeff Jerome excited for his team to get the season underway.

Summer is on its way, but it will not be like the summers of past.

While warning of an unprecedented mountain of financial challenges ahead and a likely $2 million deficit at the end of what began as a banner budget year, University of Iowa Health Care officials on Thursday also touted remarkable achievements in their COVID-19 response.

A roundup of Capitol and legislative news items of interest for Thursday, June 4, 2020:

Eviction and foreclosure concerns on the rise in North Iowa, across the state

"I would be ignoring reality if I said I wasn’t worried."

The work will end the use of coal on the Ames campus.

Iowa’s public university students will be back this fall to have “as full a range of on-campus experiences as possible” — without a tuition increase, at least for now.

Advocacy groups pushing for health care reform are launching an ad campaign hitting Sen. Joni Ernst for votes they say could have limited the nation’s top health agency’s ability to respond to health threats, including COVID-19.

"It's just not feasible to hold the gathering this year."

CIML releases procedures for fans in the stands

Mason City softball and baseball teams can now have a limited number of fans in attendance.

The three-member board also approved more than $100,000 for county projects.

A talented group of returning players, highlighted by four senior starters, has the Clear Lake softball team hopeful for a big year once the season gets underway on Monday.

It was easy to keep cool on Monday night in Osage, as the Newman Catholic pitching staff provided the Green Devils home crowd with plenty of o…

Two decades after finishing his time as a University of Iowa football star, Clear Lake head football coach Jared DeVries is up for college foo…

Like every other team, the St. Ansgar baseball team spent this spring hoping that it would get to play baseball.

The Mason City baseball team completed a very successful first week of the 2020 season on Friday, as the Mohawks split a doubleheader against …

There are some nights a high school baseball player will never forget.

Mason City junior Avery Mellman fields a ground ball and makes a throw to first base against Fort Dodge in Mason City.

Junior Avery Mellman slides safely into home during the 2019 baseball campaign. The junior shortstop was named to the CIML All-Conference first team.

Carter Thomas runs to first base after a base hit in 2019.

Troy Rood was named the head coach of the Large Schools West team in the 2018 All-State Series.