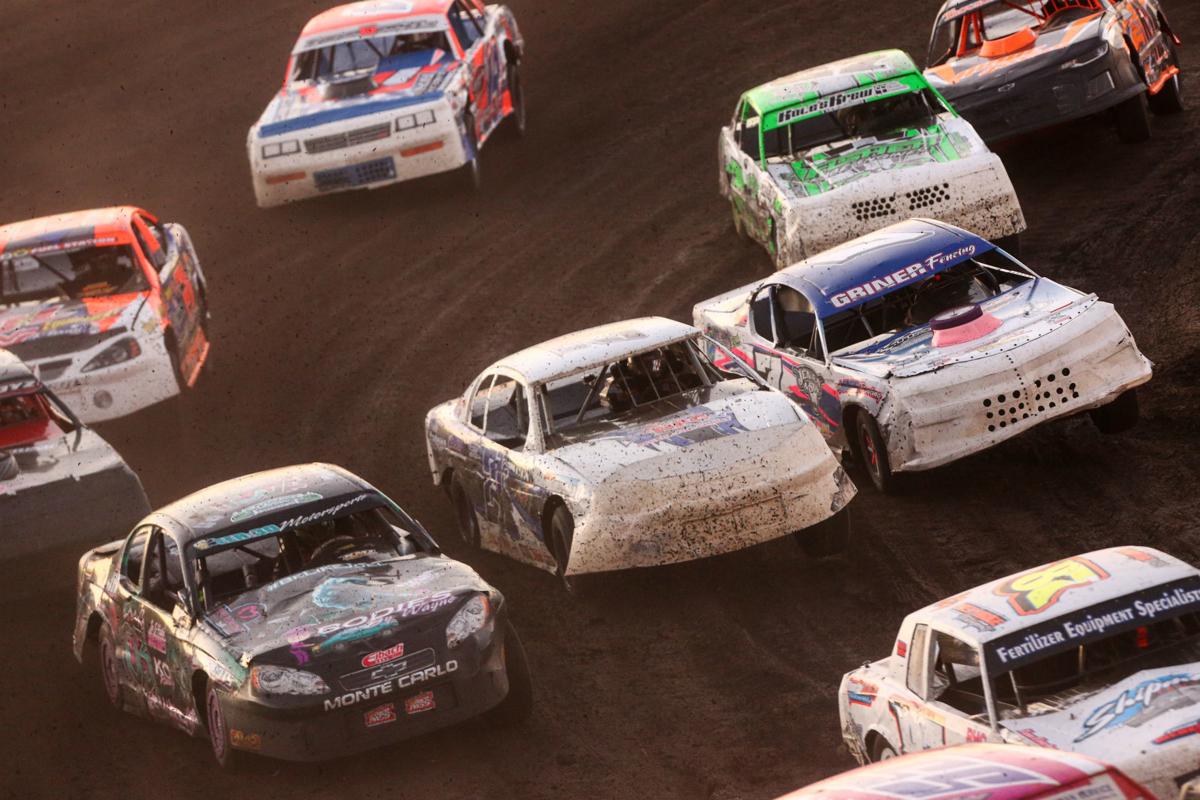 Drivers jockey for position at the Mason City Motor Speedway. 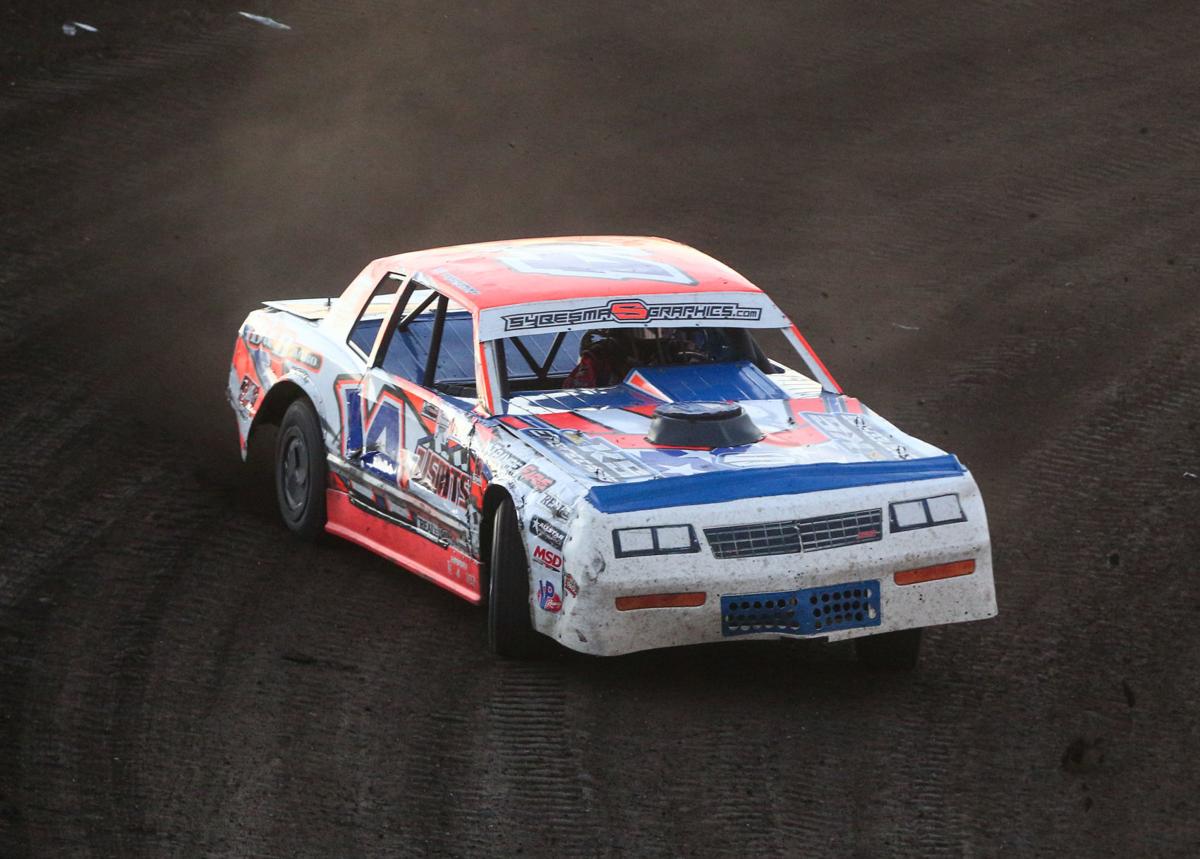 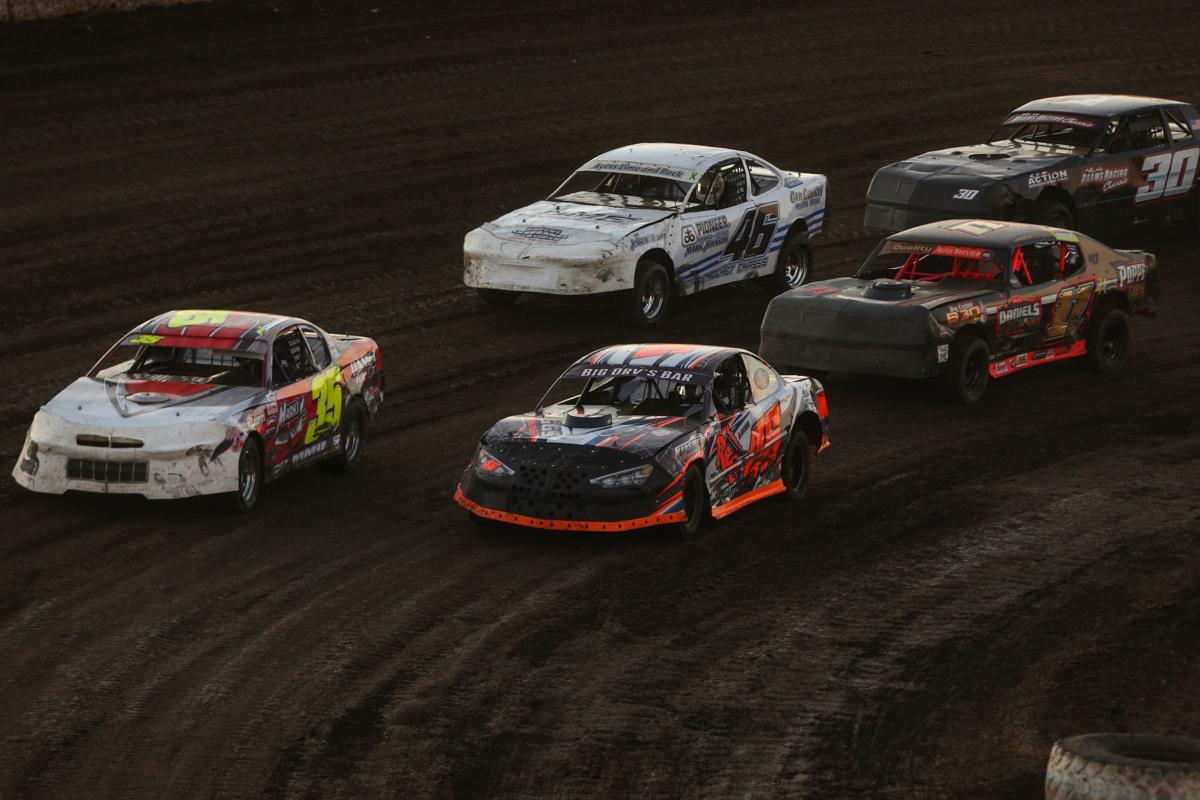 Mason City Motor Speedway is tentatively scheduled to begin its 2020 season on May 17, depending on whether Iowa Gov. Kim Reynolds gives the go-ahead.

Never has the roar of loud engines and the smell of burning rubber been so appealing.

There might be live sports happening soon in North Iowa as the Mason City Motor Speedway is tentatively scheduled to begin its 2020 season on May 17, depending on whether Iowa Gov. Kim Reynolds gives the go-ahead.

Track promoter Todd Staley knows that this season is going to look different than in years past. At least initially, as cases of COVID-19 continue to rise across Iowa, there won’t be any packed grandstands. In fact, there might not be any grandstands at all.

“They would let us have up to 10 people per car and we can have as many cars as our pit area can fit,” Staley said. “We just can’t have anybody sitting in our grandstands. It doesn’t make much sense, but that is what she’s dealing with, and that is what we have to play.”

As with many other small business owners, Staley has felt the pinch from the COVID shutdowns. At the moment, with the economic uncertainty stemming from COVID-19, racing sponsorships are way down, around 80 percent by Staley's estimate. He is eager to get back to business, but admits that the worst case scenario would be if the virus continues to spread and the track is forced to shut down again mid-season.

"It is really a bummer," Staley said. "If we open back up and then something happens where we have to close back up, it’ll be terrible. It’s going to be bad for every small business. We have four businesses and they’re all racing related. If they shut down our racing, it’s not going to be a very good thing."

Al Hejna owns Rookie's Sports Bar and Grill in Clear Lake and is the former promoter for the Mason City Motor Speedway. Hejna has not raced at the track full-time since 2003, but was planning on driving the full schedule this season, before the pandemic threw a wrench in those plans.

"Owning a restaurant and a sports bar, I've been forced to kind of table my racing," Hejna said. "I haven't been able to work on the car for a couple months. I'm not actually sure when I will get back on the racetrack."

To Hejna, the idea of racing in front of an empty grandstand is not appealing, both as a driver and as a fan of the sport. He has seen the lively crowds that pack the Speedway on Sunday nights in the summer, and without them, racing just wouldn't be the same.

"That's a huge part of it for the drivers," Hejna said. "Our friends and family come watch us, and that is the only time we see some people is at the racetrack. You make a lot of good friends that way. For the fans, there are some diehards out there that don't miss a night. It's going to be tough for them also."

Staley will race this coming weekend in Webster City at Hamilton County Speedway, which is not allowing spectators, as a warm-up for next week's scheduled race. The only people allowed will be the racing teams, which will be limited to 10 people, including the driver. Spectators can watch the race by buying a Pit Pass at RacinDirt.TV.

That might be the situation in Mason City for at least the start of the season. On Monday, Texas allowed places like movie theaters and racetracks to reopen at 25 percent capacity, and Staley is hoping that Iowa will soon have a similar plan.

The speedway was closed almost all of last season as it was shortened from a ½-mile track into a ⅓-mile oval. Only one race took place last year, in mid-September. Now nine months later, Staley is eager for racing in Mason City to be up and running again.

Sports are gone right now, and if you are anything like me, you’re starting to lose your mind. Over the past month and a half, I have read too…

A Clear Lake city employee was caught on video assaulting a man Wednesday morning at a construction site.

Ahead of Pence visit to Iowa, Biden campaign calls out ‘consequential failure’ of Trump coronavirus response

Why it's still important to wear a face mask

Along with grabbing your wallet and keys, grabbing a face mask before leaving the house has fast become a familiar act.

Vietnam veteran Kevin Kilkenny, 71, chuckles when he hears folks talk about the challenge staying indoors during the COVID-19 quarantine.

Drivers jockey for position at the Mason City Motor Speedway.

Mason City Motor Speedway is tentatively scheduled to begin its 2020 season on May 17, depending on whether Iowa Gov. Kim Reynolds gives the go-ahead.