As a Class 4A team that plays a substantial part of its schedule against Class 5A schools, the Mason City girls basketball team sees its share of difficult opponents during the regular season.

On Tuesday, the Mohawks played host to a 9-1 Johnston team, and while the Mohawks were able to hang around for a while, an 11-0 run to open the third quarter was a big difference in a 76-52 win for the Dragons.

Whitner, who averages 12 points per game, didn’t score until the fourth quarter.

With a key threat out, the Johnston depth took over as the Dragons went on a 41-22 run over the second and third quarters.

Defense was also key as the Dragons limited the Mohawks to just 2-of-14 shooting in the third quarter.

Mason City tried to mount a fourth-quarter rally, but the Dragons kept them at bay with a 21-of-24 performance from the free-throw line.

Emma Hollander added 11, all in the first half, while Jada Williams had eight and Whitner seven.

Anna Gossling led all scorers with 24 for Johnston.

Mason City (5-5) looks to get back on track on Friday when it plays host to a Marshalltown squad that has dropped four in a row. 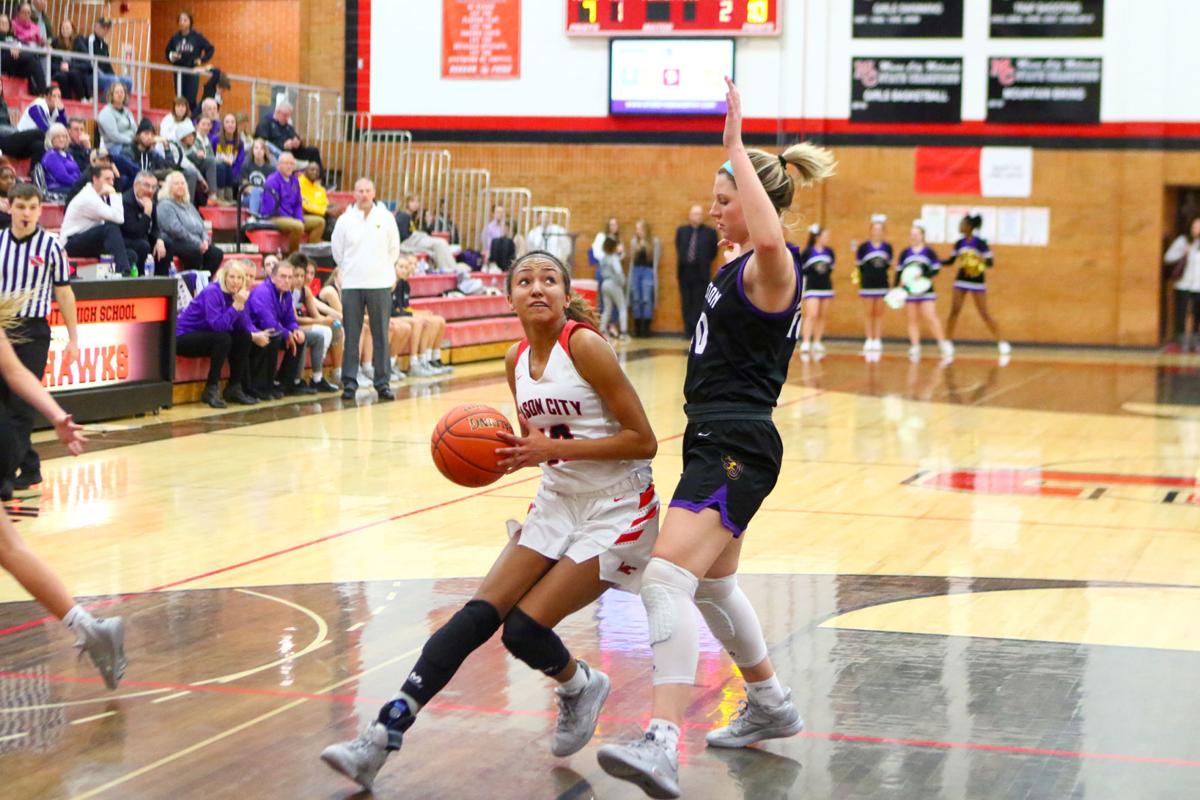 Mason City's Jada Williams looks to score in close against Johnston on Tuesday night at home. 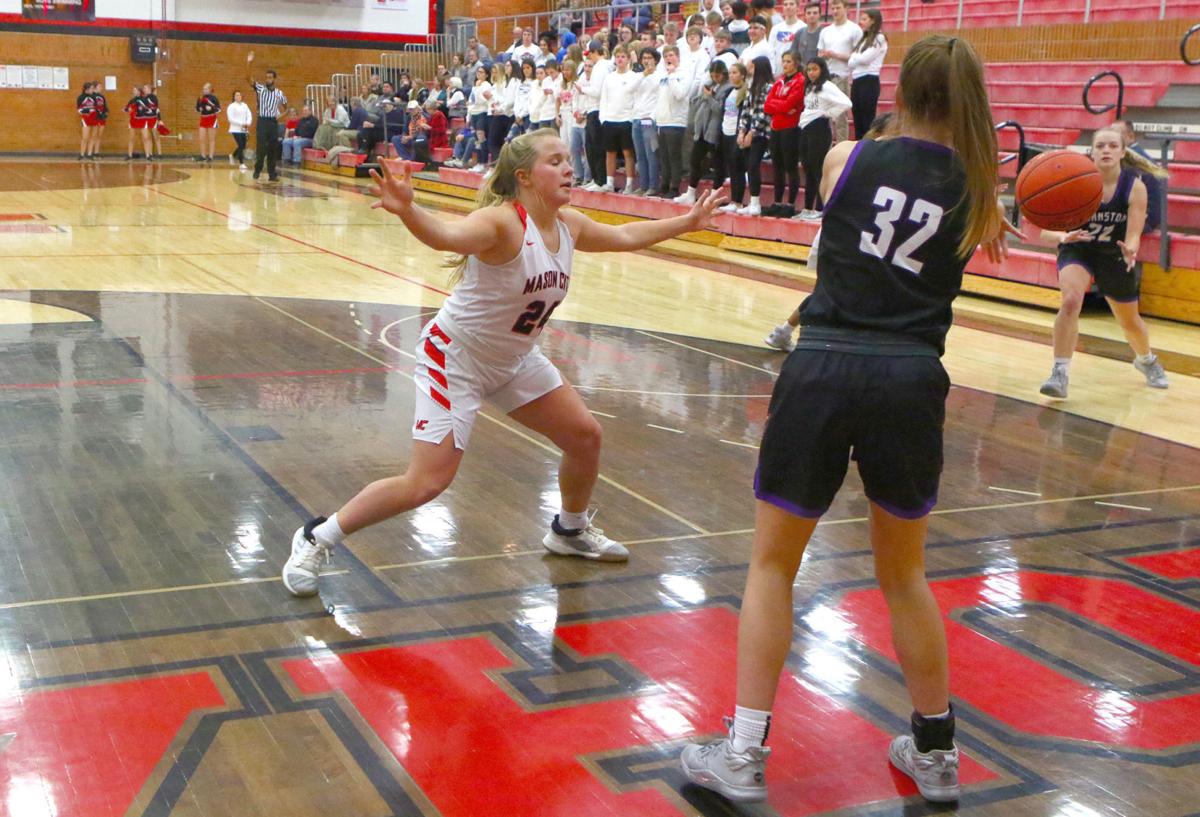