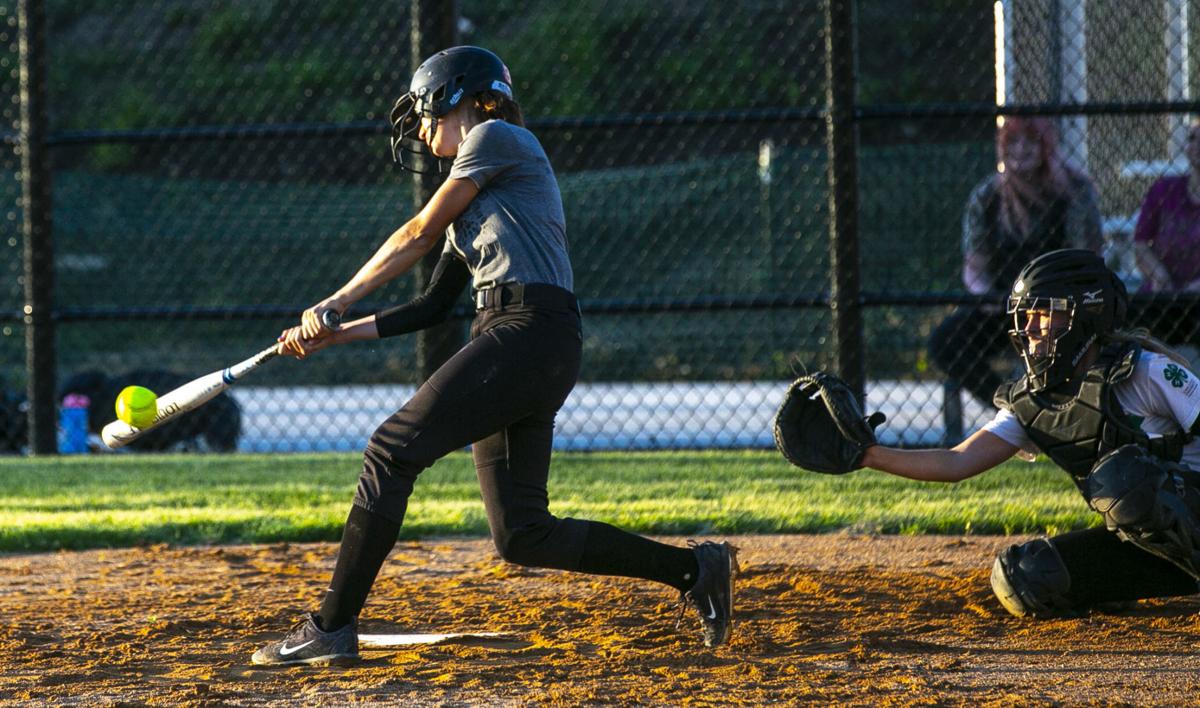 Charles City junior Kiki Connell connects with a pitch during practice on Wednesday at the Comets' new softball field. 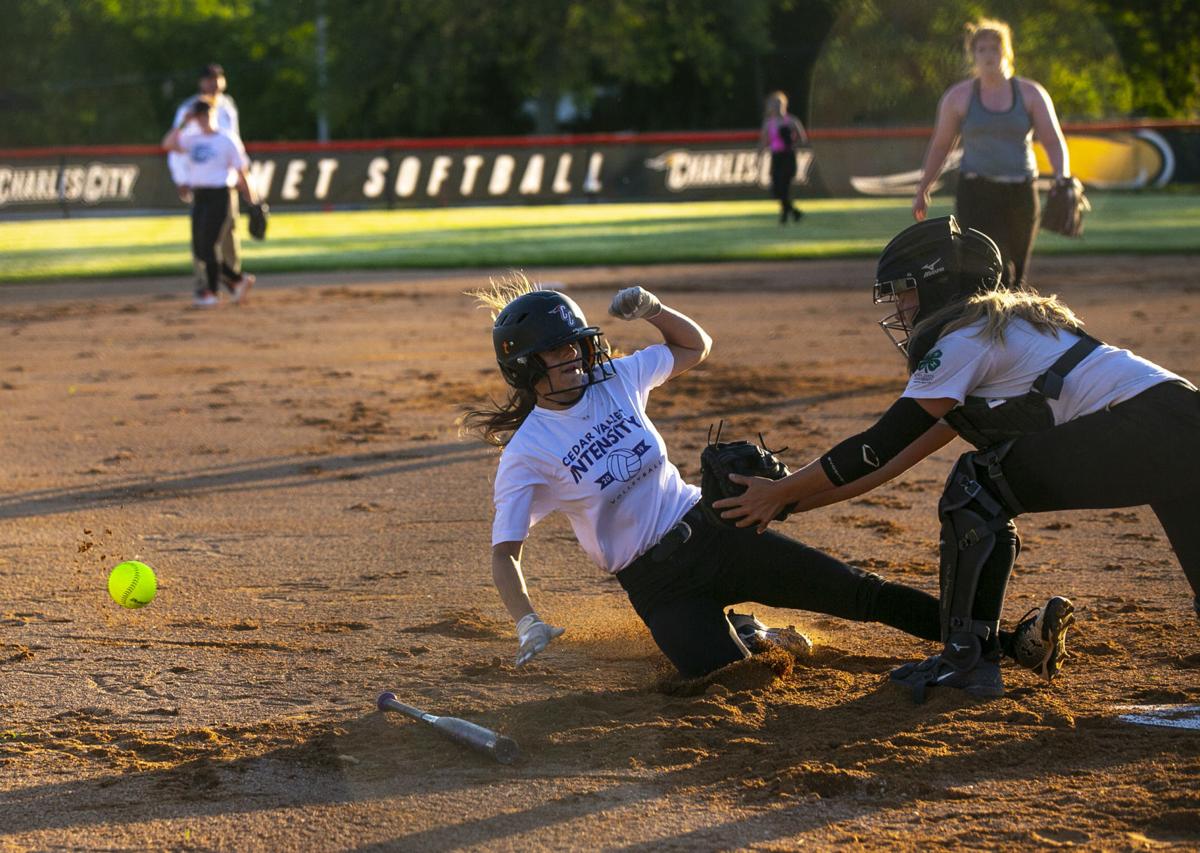 The Charles City Comets practice on their new softball field at the high school on Wednesday.

After coming within one out last season of a trip to the state championship game, the Comets have high expectations for 2020. But things will look a bit different this year.

Gone is Sami Heyer, the Comets’ dominant starting pitcher who now pitches at Northern Iowa. Heyer finished last season with a 0.75 ERA, 375 strikeouts, and an opponent batting average of .109.

Sportsman’s Park is also a part of the program's past, as Charles City begins the 2020 season on its brand new home field, located next to the school’s football stadium.

The Comets will be without shortstop Rachel Chambers this season, too, the team's most dominant hitter last year. Chambers smacked 16 home runs in 2019, but will be out this year as she recovers from a torn ACL. With the loss of both their ace pitcher and best hitter, the team has had to make some big adjustments.

“That was a big position we knew we were going to have to fill,” head coach Brian Bohlen said. “There is some power numbers we are going to have to make up for, but we’ve got one of our slap hitters hitting the ball over the fence as a right-hander this year. The kids have worked throughout the off season and it's going to pay off.”

Junior Kiki Connell will be taking over for Chambers at shortstop. Connell played right field a season ago, but wowed the coaches in practice enough to earn the starting job at short. Connell spent the off season working with her mother, a former shortstop, as well as Chambers, to try to learn how to play the infield’s most important position.

With Heyer striking out batters at will over the past few seasons, the infield hasn’t had to worry about getting peppered with ground balls. This year, juniors Dani Reetz and Avery Merta will do the pitching, and Connell expects to see a little more action on defense.

“We didn’t really have any opportunity to show off our amazing fielding last year,” Connell said. “We did have the fielding and we had the pitching. Even though Sami got the outs on the mound, we really could’ve got them on the field, too.”

Even though Chambers will not be able to resume athletic activities until November, she will still be a big part of the 2020 squad. She has been a tremendous help to Connell as she adjusts to the shortstop position, and she is the team’s most vocal cheerleader during practice.

In 2020, Chambers plans to do a little bit of work on the team’s radio broadcast, as she wants to someday pursue sports broadcasting, and will also serve as a de facto assistant coach for Bohlen.

Even though she is still only a sophomore, Chambers has already become one of the team’s main leaders.

"Having her around ultimately makes us a better team," Bohlen said. “She’s been at every practice, she’s been coaching some bases for us, and she is an integral part of this team. She will be a big part of our success.”

For the returning players, the fact that they got so close to the state championship game is tremendous motivation going into a new season. The team has now made it to four consecutive state tournaments, something that the current players take a lot of pride in. It's a part of Charles City's "legacy."

“Not only did we get to see the state tournament, the girls who are going to be eighth graders this year, they came down and they watched us,” Connell said. “They got to see us there, and being able to say that we had four consecutive teams making it there, it’s a legacy that we put together.”

According to Bohlen, the Charles City players are not only playing for themselves, but also for all of the Comets’ players that have come before. The Comets have been to 29 state tournaments in the program's history, but are still trying for their first state title since 1979.

“We don’t forget as a team that there was generations of girls that came before us, were successful, and had that Charles City softball tradition,” Bohlen said. “We play our hearts out, because we’re also playing for that legacy. We’re playing for those teams that have come before us. That is important to remember.”

This past weekend, area golfers competed at Highland Park Golf Course, in the Mason City Men's and Women's City Tournaments.

It is hard to believe, but it's nearly time for the summer sports playoffs to begin.

Charles City junior Kiki Connell connects with a pitch during practice on Wednesday at the Comets' new softball field.

The Charles City Comets practice on their new softball field at the high school on Wednesday.