"It's a friendly rivalry": Witt and McDonough have sights set high after conference championship race
0 comments
Share this
{{featured_button_text}}
1 of 2 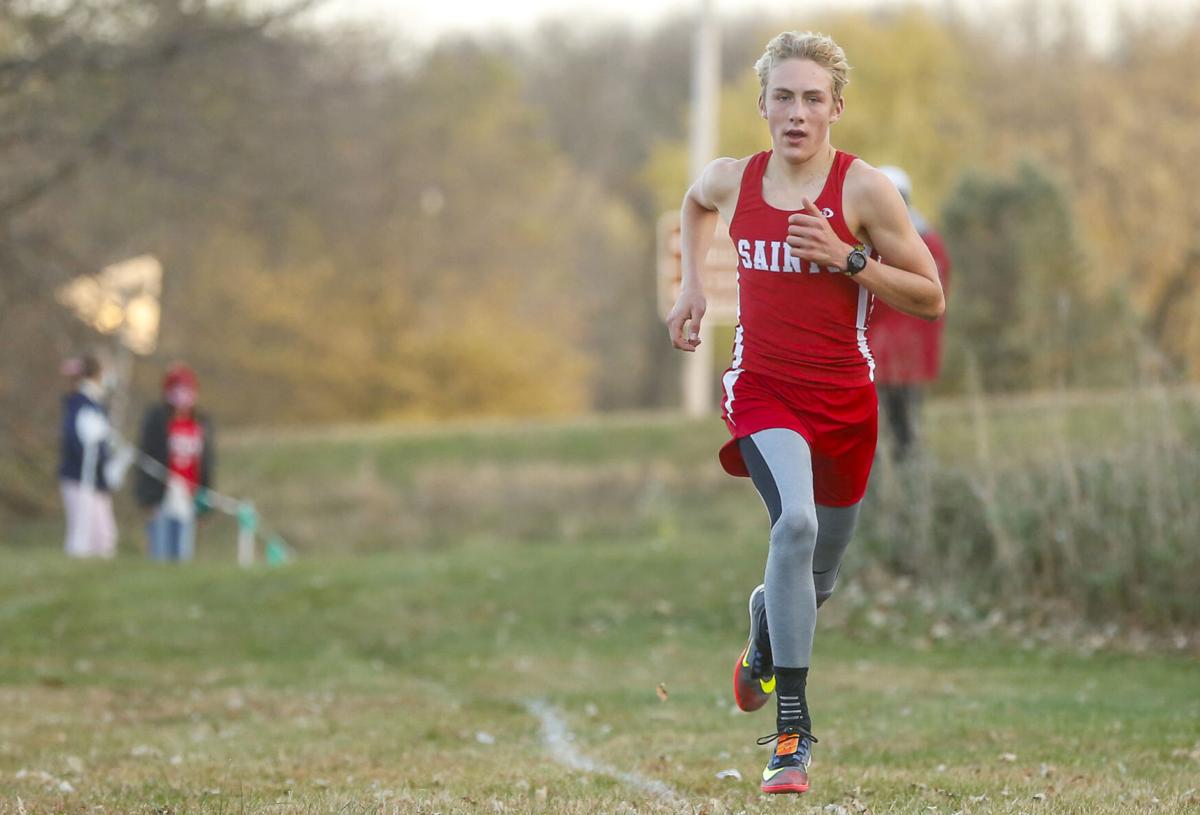 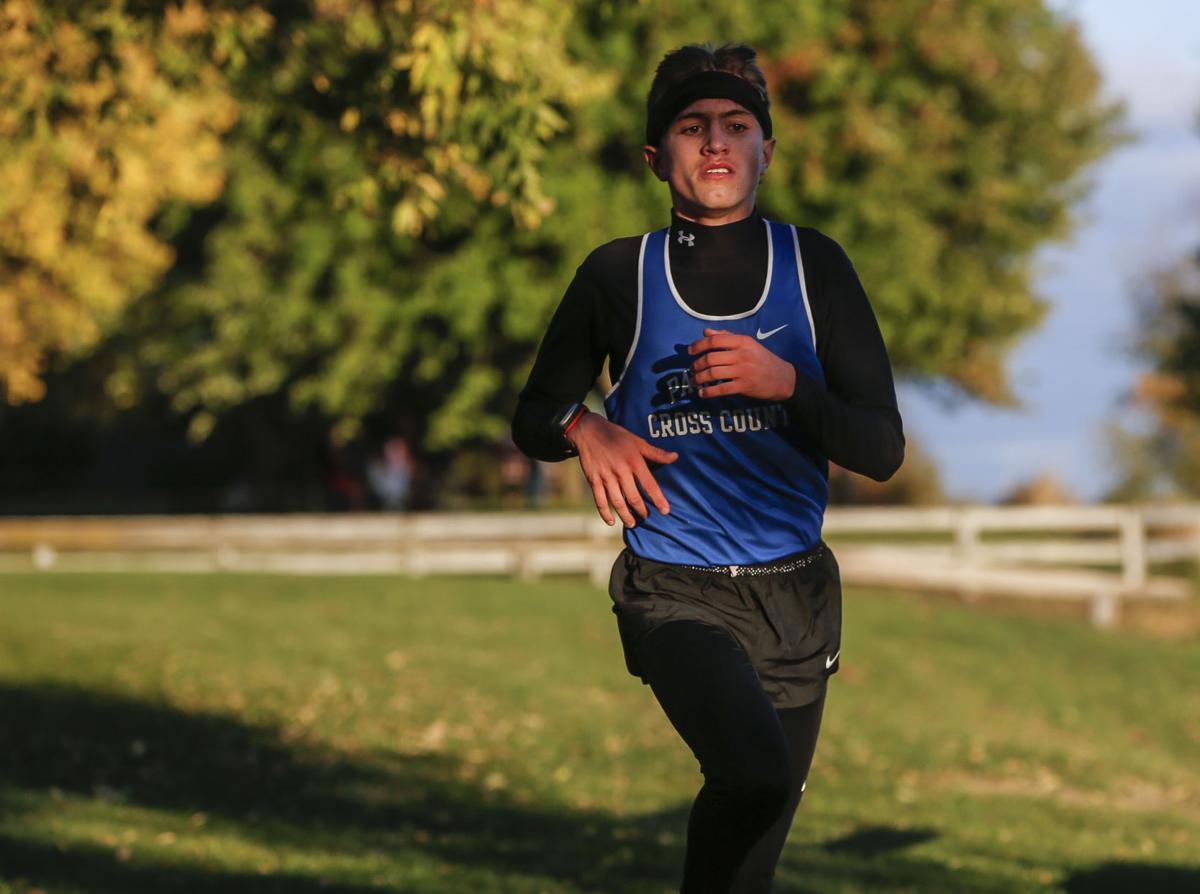 At the Top of Iowa East Championships in Osage on Thursday, the seemingly inevitable happened when St. Ansgar junior Riley Witt won the individual conference title.

Witt won the race with a time of 17:15.73, 33 seconds ahead of the next closest finisher, Bryce McDonough of Central Springs.

The victory was Witt's fifth consecutive win, and his sixth in his seven races this season.

Throughout this season, Witt's name has been consistently atop the results page, with McDonough finishing runner-up in several of those races.

While the two are both extremely competitive, they have a friendly relationship, in addition to a rivalry on the course.

"We've been racing since middle school, and I love the kid," Witt said. "He's a great guy, and a great runner. I love him. It's a friendly rivalry, for sure."

McDonough has not beaten Witt yet this season, but has no bitterness toward his running rival. The No. 24 ranked runner in Class 1A has nothing but admiration for his longtime friend.

McDonough finished second overall at the TIC East meet, with a time of 17:48.40, and after the race, Riley and Bryce, along with Bryce's twin brother Clayton, could be seen talking and laughing with each other, as all three clinched a spot on the Top of Iowa East All-Conference First Team.

"We met at a NIACC running camp, and we've been friends since then," McDonough said. "We developed a bond. I think its always fun competing against him. Win or lose, we're always still friends. We're never going to hate each other for losing to each other."

After missing out on a spot at state by two spots his freshman year, Witt broke out as one of the top young runners in Iowa as a sophomore, by winning the Top of Iowa East conference championship, and earning a spot in Fort Dodge.

But Witt ended up disappointed with his finish at the state meet, after placing 27th overall with a time of 17:14.9.

Witt is currently the state's No. 7 ranked Class 1A runner, and is confident that his experience at the state meet last year will serve him well over the next couple of weeks.

"The first time jitters and nerves really got to me, and got the best of me," Witt said. "This time, I'm going in a little bit more confident and ready to show up."

"More than anything, it is the confidence of where he is actually at, state-ranking wise," Zidlicky said. "Last year, we kind of doubted in our abilities of how strong we actually were. This year, we're realizing, 'I'm a lot stronger than I even thought.' Now it's time to surpass the expectations."

This year, Witt has his sights set much higher than 27th place.

"I think top 10 would be really cool," Witt said. "Top 10 this year would be something to look forward to."

Are the Eagles and Texans close on a deal for Deshaun Watson?

Are the Eagles and Texans close on a deal for Deshaun Watson?

Photos from the Top of Iowa East Conference cross country championships in Osage on Thursday.

Cross country can be a strange sport for the unaccustomed.

On Thursday, around two dozen parents filed into a chapel at Fullerton Funeral Home in Mason City to share in their grief and offer support to…

The designation allows a county to make certain areas eligible for property tax exemptions as they are being rehabbed and redeveloped.

The project is budgeted at $1.2 million in an application to the state and the grant request totals $400,000.

Its score puts it ahead of Ames, Dubuque and Sioux Falls.

When a report on the city of Manly from Iowa Auditor Rob Sand dropped in the past week, it didn't take any time getting to the crux of the matter.

Firsts all around: Newman Catholic, Central Springs both qualify teams for state meet

On a rainy, windy day in Manly, the area's Class 1A cross country teams battled for spots at next week's state meet. For North Iowa, there wer…

Central Springs' junior Bryce McDonough finished 14th overall at the Class 1A state cross country meet on Saturday, with a time of 16:59.1.

Whether he is on the wrestling mat, the cross country course, or at the controls of a hay baler, Central Springs junior Clayton McDonough is w…