The North American Tier 3 Hockey League team from Mason City will play in the Fraser Cup championship tournament for the seventh time since 2013 starting Friday.

But the road to get there wasn’t easy.

In each of the Bulls’ first two best-of-three playoff series against the Alexandria Blizzard two weekends ago, and the Willmar Warhawks last weekend, North Iowa went into the Sunday matchup tied in the series at 1-1.

But in both series, North Iowa came away victorious. Most recently, the Bulls beat the Warhawks, 4-2, to win the division finals and advance to the Fraser Cup tournament.

“We are very proud of the resolve of our entire group. We are not surprised that both series went to three games, but feel blessed to win to advance,” North Iowa head coach Todd Sanden said. “Our players were pretty calm in both game threes. They are confident in each other and their structure.”

Sanden says the goals at the beginning of every season are to win the regular season division title, divisional playoffs championships and, ultimately, the Fraser Cup.

With two of those goals already checked off the list, the Bulls will start the quest for their first Fraser Cup since 2016 with two games in pool play on Friday and Saturday.

“It’s definitely exciting for sure,” team captain Sean Sullivan said. “We’ve been working hard all year to get to this point. It’s finally come and we get the opportunity. Especially because last year, the season got cut short right as we were supposed to play our first playoff game.”

The Bulls seemed poised to make a deep postseason run in 2020, but didn’t get that chance as the postseason was canceled due to COVID-19. This year, Sullivan says the guys have managed to stay away from the coronavirus and the quarantines and game cancellations that would have come with it.

Outside of COVID-19, this season was celebrated as the 10th year of the Bulls organization in Mason City. What better way to cap off the season labeled as the “Decade of Dominance” than a championship?

“We want it more than other teams," Sullivan said. "And I think that will carry into this weekend."

The Bulls start their weekend with a game against the Sheridan Hawks on Friday, then continue against the Northeast Generals on Saturday. The top two teams from the Bulls’ pool will move on and play on Sunday in the semifinals.

North Iowa played in limited contests outside of the West Division this season due to COVID-19, but did get a chance to see Sheridan at the Holiday Showcase in December. The Bulls won both games against the Hawks.

The Bulls did not, however, get a chance to see Northeast this year. This is only the second-ever meeting between the two.

“These are very good teams and we expect to be challenged in those games,” Sanden said. “With the depth of our group and how we have been playing, our guys are excited to get the Fraser Cup started.”

The Bulls play Sheridan at 4 p.m. on Friday, and Northeast at 2:30 p.m. on Saturday at the St. Peters-Rec Plex in Missouri.

Sunday evening's NA3HL playoff contest at the Mason City Multipurpose Arena was a night of goodbyes for the North Iowa Bulls in a myriad of ways.

Riceville senior Drew Fox has decided to stay in North Iowa to wrestle.

Although the Mohawks had a few quality looks at the goal offensively, the Little Cyclones sheer number of shots-on-goal was just too much to overcome.

Don't look now, but the Mason City boys tennis team is on a bit of a hot streak.

This past Tuesday, members of the program, which covers 11 towns across the counties of Cerro Gordo, Chickasaw, Floyd and Mitchell, were able to meet for the first time since lockdowns and social distancing became the norm. 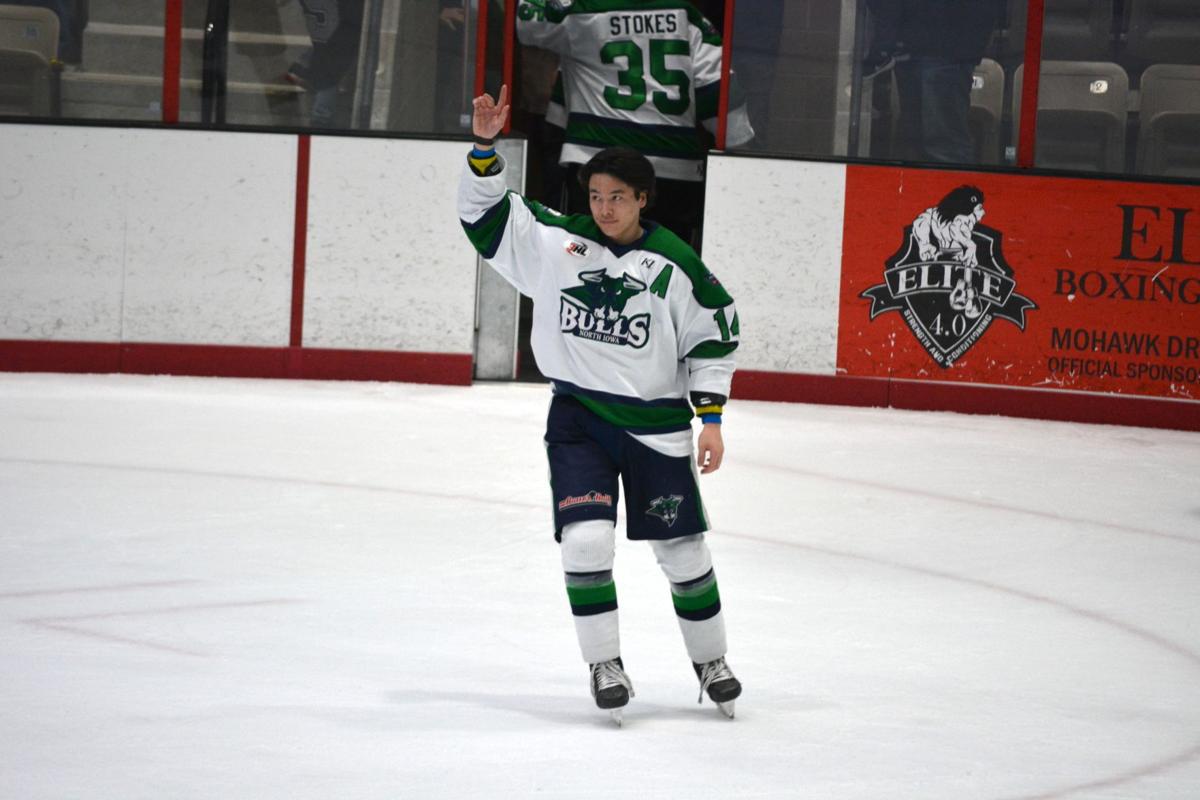 North Iowa forward Sota Isogai waves to the crowd following Friday's home game against the Willmar WarHawks. Isogai scored the final goal for the Bulls in a 4-2 win on Sunday, locking up the team's seventh Fraser Cup tournament bid in nine years. 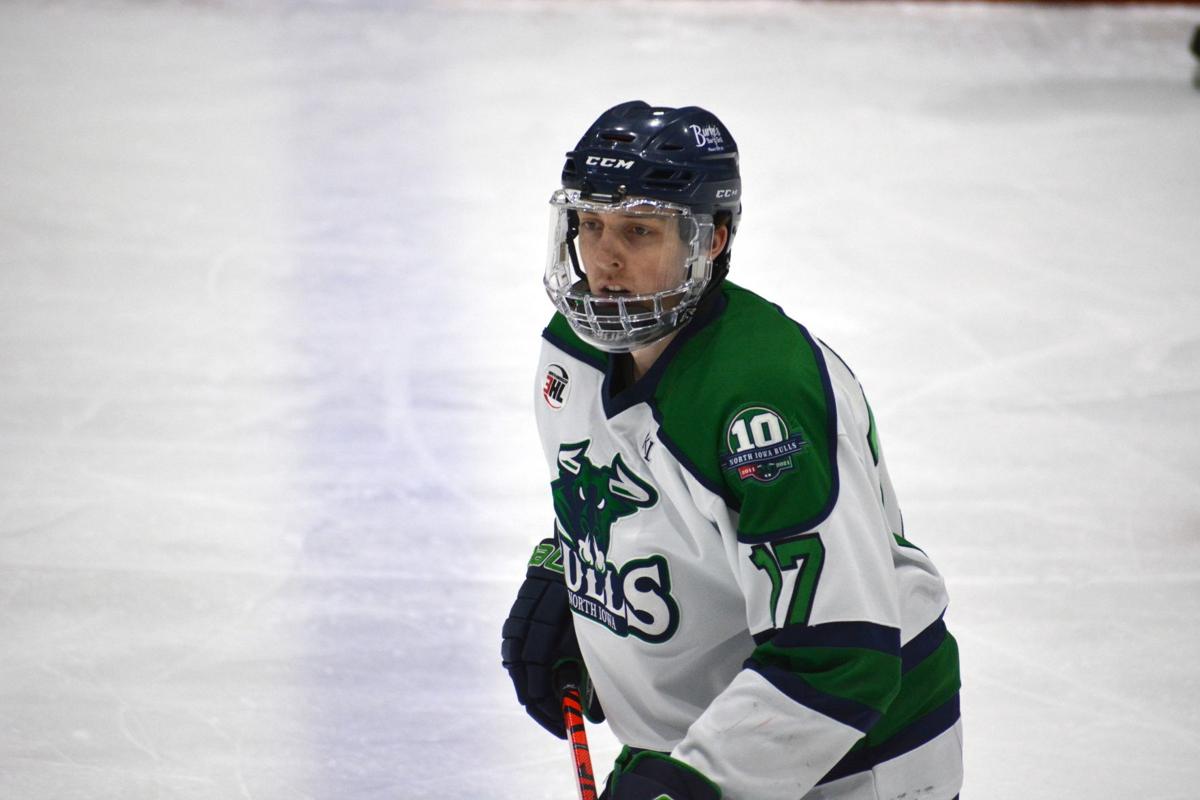 North Iowa defenseman Cal Nauss sets up at the blue line early in the Bulls' win over the Willmar WarHawks on Friday night.