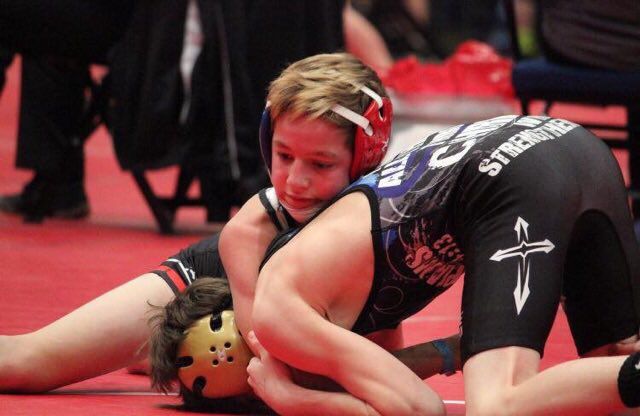 Logan Luft, left, of Charles City, died in 2017 in an ATV accident, before he could begin a promising high school wrestling career.

On Wednesday, No. 1 ranked Crestwood wrestler Carter Fousek asked IAwrestle  to put Luft's name at No. 1 at 126 pounds, instead of his own. 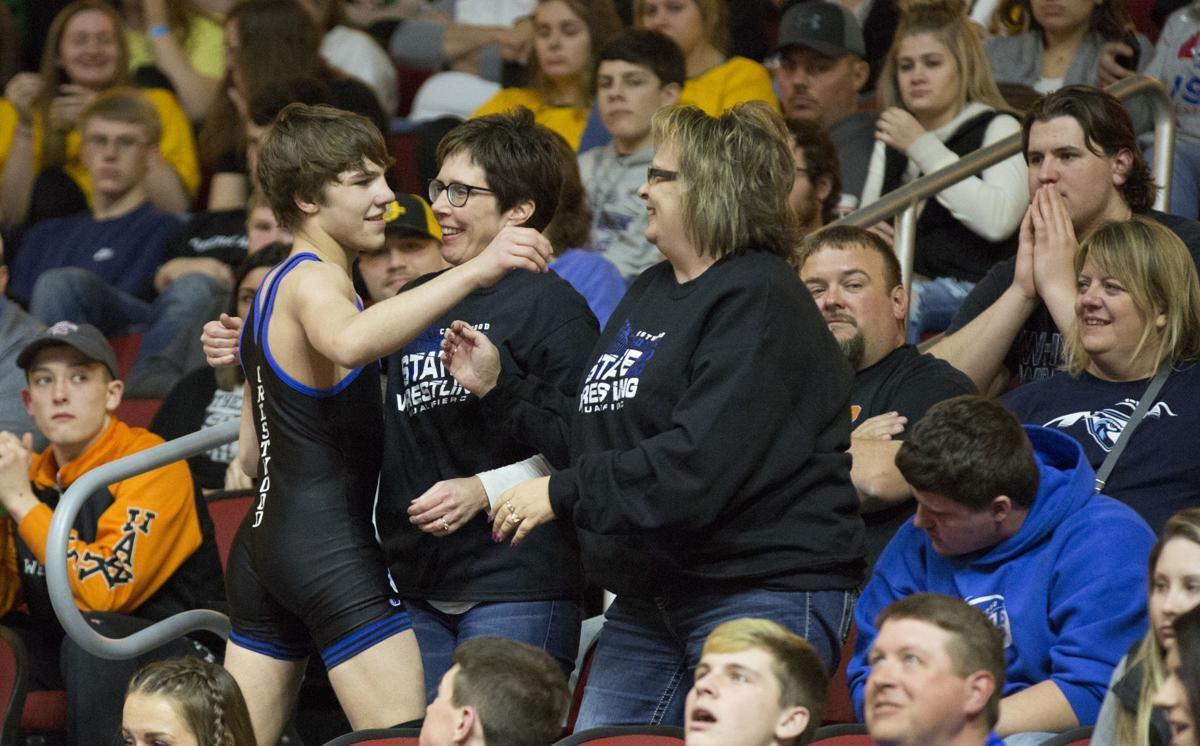 Crestwood's Carter Fousek runs into the stands to hug supporters after defeating Center Point-Urbana's Cole Whitehead for a Class 2A 113-pound state title in February 2020.

Crestwood junior Carter Fousek is having another fantastic wrestling season, but it's something he did off the mat that has earned him the most praise.

Fousek, the state's No. 1 ranked 126 pound wrestler in Class 2A, reached out to IAwrestle a few weeks ago, a website that regularly publishes state wrestling news and rankings, and asked that his name at No. 1 be removed in this week's poll and replaced with that of Logan Luft.

Luft, a Charles City teen who died in an ATV accident in 2017 and was the inspiration behind Iowa’s “Logan’s Law,” was an aspiring Charles City wrestling star at the time of his death. Luft’s sister, Lilly, took up the sport in his honor, and won the 126-pound girls state title last month.

With Fousek’s move, both Logan and Lilly are ranked No. 1 at 126 pounds to close out the regular season.

Luft’s mother, Wendy Hegtvedt Luft, announced Fousek’s gesture on Facebook, saying in part: “Carter Fousek from Cresco, Iowa contacted IA Wrestle and asked that his name be removed and Logan’s name be added in memoriam as the (No.) 1 rank at 126, just like his sister. I can’t think of a more selfless act of kindness. What (an) amazing gift to our son!!!”

Fousek, who won the 113-pound Class 2A state title a season ago, is a family friend of the Lufts, and knew Logan from their time wrestling at youth tournaments. In the small world of Northeast Iowa wrestling, everyone seems to know each other on some level.

“I thought it would be a good thing to give back to the sport, and to his family,” Fousek said. “I wasn’t ever really one of his best friends, but I knew him pretty well through wrestling. I knew it was his senior season, and he’d probably be around my weight, so I figured it’d be something good to do.”

After the rankings were announced, Fousek said that the Luft family reached out to him to express their thanks.

Fousek also said that he watched for Lilly's name during last month's girls state tournament in Coralville, and was thrilled to see that she had become a state champion.

"I was just paying attention to see how she was doing," Fousek said. "Then I (saw) that they won, and I thought that was pretty exciting."

Fousek is currently 21-0 on the season, and will wrestle on Saturday at the Class 2A, Section 11 tournament at Decorah High School.

Lilly Luft won the 126 pound girls state title with a 6-2 win over Avery Meier of Waverly-Shell Rock on Saturday.

Three years ago, Osage senior Eric Bobinet never could’ve imagined that he would one day throw down a dunk that would electrify the home crowd.

The basketball career of Dr. Anthony Pappas has been a long road, with plenty of memorable moments.

Area superintendents don't agree with Senate File 159 – a bill that would use taxpayer money to give public school students scholarships or vouchers to be put towards attending private school.

It's nearly playoff time in Iowa high school girls basketball, and North Iowa goes into the postseason with plenty of teams fighting for a sta…

There is less than a week left in the regular for girls basketball in Iowa, and we now have an idea of what the postseason will look like for …

Logan Luft, left, of Charles City, died in 2017 in an ATV accident, before he could begin a promising high school wrestling career.

On Wednesday, No. 1 ranked Crestwood wrestler Carter Fousek asked IAwrestle  to put Luft's name at No. 1 at 126 pounds, instead of his own.

Crestwood's Carter Fousek runs into the stands to hug supporters after defeating Center Point-Urbana's Cole Whitehead for a Class 2A 113-pound state title in February 2020.