For the last six seasons, St. Ansgar's volleyball team has been in a 5-1 offense. It hasn't run a 6-2 since the 2015 campaign, where Tara Kramer and Amber Brigham each eclipsed 210 assists.

So why did Tyler Johnson feel comfortable bringing the 6-2 to the 2021 version of the Saints?

"We like to figure out what our strengths are so we don't pigeonhole them," St. Ansgar's head coach said. "We take pride that we have kids that fit into so many grooves whenever we need them. Versatility has been huge in allowing us to think about a 6-2."

That versatility is one reason why the Saints are in the midst of a 12-match winning streak – the latest a four-set triumph over Turkey Valley in a Class 1A regional quarterfinal – as they prepare for the next stop in their postseason journey.

It will take them to Nashua-Plainfield for a semifinal tussle with the Huskies, a Top of Iowa East foe. St. Ansgar edged them in four sets in the regular season meeting.

Emma Hicken and Aspen Falk, separated by two years, have taken over as the facilitators. Hicken sits at over 300 assists and Falk is nearing the 200 threshold.

"We did a lot of work in the offseason in open gyms working with a 6-2, so it didn't feel like a big difference," senior setter Emma Hicken said. "It took us both some time what our true rolls are."

The idea of having two setters among the plethora of hitters was brought up during the summer and instilled in preseason workouts in August.

Admittedly, it took some adjusting.

"We put in whatever works," hitter Jaci Woods said. "They're both great setters. It all works good."

It didn't take long to notice there are more similarities than differences.

"Everybody connects with them in amazing ways," senior Adrianna Kruse said. "We can swing on anybody."

Falk was self-reflective in that she didn't have a ton of confidence coming in, despite being a setter throughout middle school and summer tournaments on the AAU circuit.

She was the setter at the junior varsity level for the Saints last fall.

"Everybody tells me to keep my head up all the time," Falk said. "Getting to know all my hitters and their sets, I've learned a lot. I think I've gotten used to the speed of the game."

Hicken has known Falk since middle school. She considers her one of her best friends on and off the court. They give each other tips and ask each other questions.

"We are that co-partner," Hicken said.

That type of camaraderie is a reason why Johnson was confident this would work way back in August.

"They compliment each other," he said. "They work together in a lot of our practice drills and Emma is really good about talking to Aspen."

Falk was the setter in the rotation with Kruse in the middle that ran plenty of quick sets during St. Ansgar's 13-0 run in the fourth set to take full control and cap off the win.

Hicken finished with a game-high 22 assists.

"I told myself 'I need to get my confidence back up,'" Falk said. "It paid off."

The Saints will now hit the road and face Nashua-Plainfield on Monday with a potential meeting with third-ranked Springville in the regional final looming in the background.

There are no plans to slow down any time soon.

"They did a really good job at the beginning of the season buying into the coaching," Johnson said. "Our goal was to find ways to get better. We were hoping it would build us to now. Up to this point, they have."

Newman Catholic sophomore Kenna Hemann doesn't put in a ton of mileage over the summer. Yet when the second half of the season starts, she flips a switch.

Central Springs boys cross country team had an approach during the regular season that paid off once the postseason got under way. 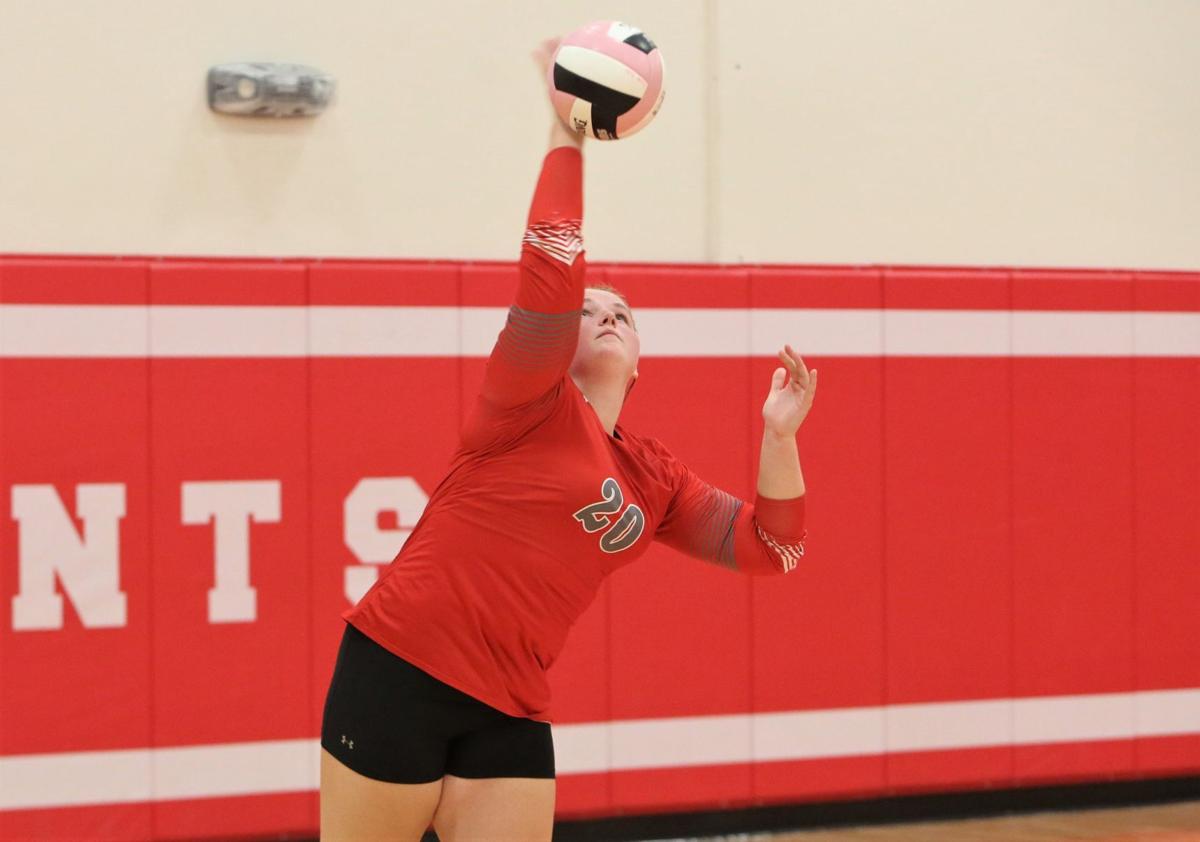 St. Ansgar's Emma Hicken serves to Turkey Valley during the Class 1A Region 5 Quarterfinals in St. Ansgar on Wednesday. 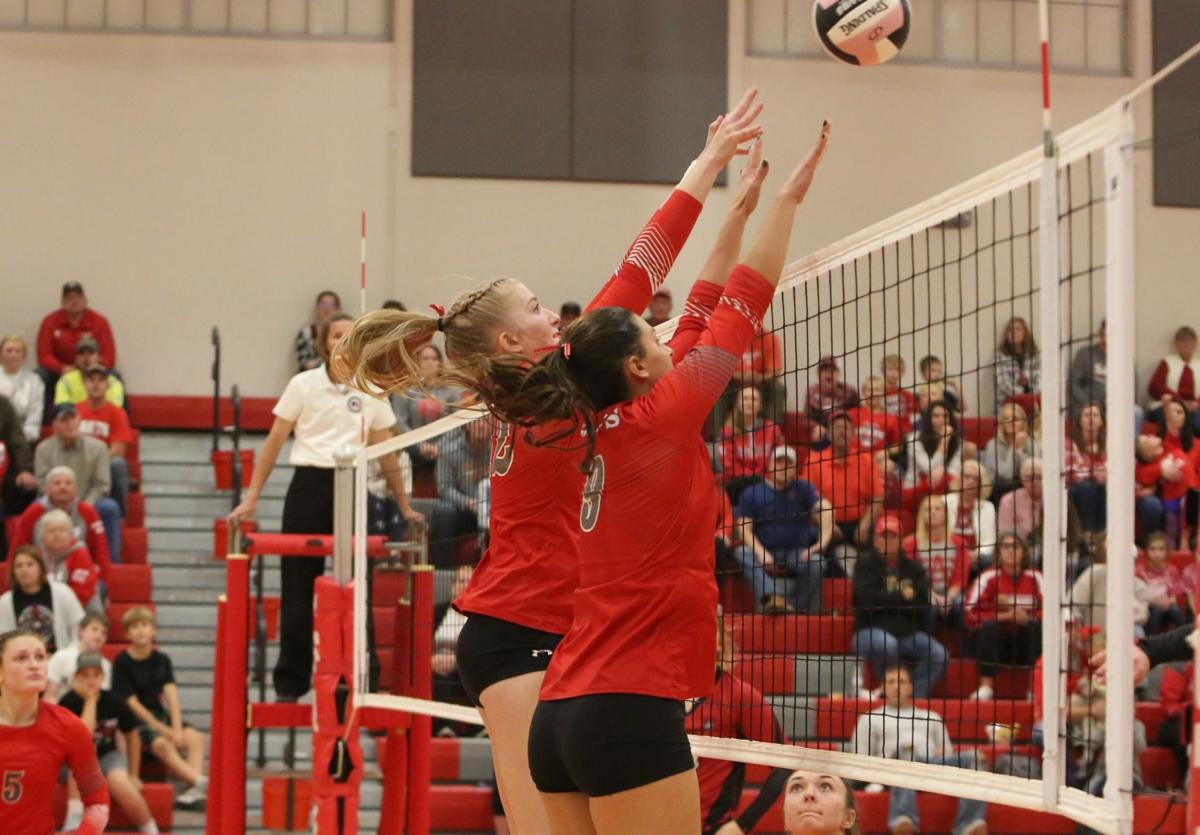 Adrianna Kruse (12) and Aspen Falk (9) block a hit from Turkey Valley during the Class 1A Region 5 Quarterfinals in St. Ansgar on Wednesday.