Moving to the outside was not as big of adjustment for Aschenbrenner since she played in that role on her club team. She did become an all-around rotation piece for the Green Devils this season as she recorded 204 digs, third most on the team. Aschenbrenner was named as an all-state player for the second straight year and was also on the Class 3A all-district team. She led the Top of Iowa East with 334 kills and still hit north of .260.

After exactly 550 assists as a freshman, McDonough increased it to a Top of Iowa East leading 721 this fall as she eclipsed 1,000 in her career. She also had 60 kills and just three errors for an efficiency of .518. A back-to-back first team all-conference member, McDonough had 178 digs and served nearly 94 percent from the line with 14 aces.

Helgeson won the job over the summer to run the Bulldogs 5-1 offense and didn't miss a beat in her first year. She dished out 655 assists, which led the Top of Iowa West amongst all setters. Helgeson also had the fourth most digs with 148 and served 95.6 percent from the service line. Her stats garnered a first team all-conference nod.

Johnson was a force all season for the Lions that even with their early exit in the postseason, her 364 kills was seventh best in Class 3A and her hitting efficiency of .263 was third in the North Central Conference. She was a unanimous first team all-conference selection and nabbed a spot on an all-district team in Class 3A. Johnson also had a team-high 41 aces.

In her first year of high school ball not being in the middle, Aschenbrenner set a new single season career high in kills with 334 which was top-15 amongst all of Class 3A. She ranks in the top-10 in Osage school history in kills, blocks and service aces. Aschenbrenner still had 41 blocks, third most on the team, and notched 36 aces.

The Bulldogs middle hitter claimed the top honor in the Top of Iowa West as the conference player of the year, the first in her career. Hanna led their offense with 249 kills and registered the best hitting efficiency in the league at .313. Her 60 total blocks was third in the TIC West and she led Lake Mills with 15 solo blocks. Hanna was a Class 2A all-district honoree.

Francis capped her career as the Green Devils primary defensive specialist with over 1,000 digs and the new record for career digs in school history. She was a four time all-conference honoree, the latest being on the first team, and garnered her first career all-state selection on the Class 3A honorable mention team. Francis averaged 3.7 digs per set this fall.

After being the second setter in the Saints 6-2 last year, Falk was the leader of their offense as she distributed 583 assists. She was a Top of Iowa East first team all-conference honoree and a Class 1A all-district pick.

A first-year setter for the Green Devils after being a defensive specialist, Muller went on a late-season tear to finish with 708 assists. She was all-conference honorable mention this season.

The outside hitter/setter in the Indians 6-2 rotation led the Top of Iowa West with 262 kills while also dishing out 202 assists. A Class 3A all-district selection, Hovenga led the Indians with 44 service aces.

Jerome proved to be one of the best all-around players in the area with north of 200 kills, assists and digs. The Class 3A all-district player notched a team-high 250 assists when she returned to be a setter.

It was a breakout year for Crum as she was the unquestioned top option in the Panthers front line with 261 kills in the middle with a .326 hitting efficiency. She registered team highs in solo blocks (33) and aces (34).

The captain of the Bulldogs back row led them with 244 digs and nabbed her first ever first team all-conference honor in the Top of Iowa West. Vanek led the conference with 58 service aces and served 96 percent.

Turk took over as the Riverhawks setter and dished out 571 assists. She complemented that with 122 digs and 34 aces, both top-three on the team.

Fair over doubled her season total of assists from last year to this year and was the Wildcats third best passer with 195 digs. She also had 29 aces.

Hillman led the Saints with 210 kills and a .229 hitting efficiency. The Nebraska-Kearny basketball recruit was a first team all-conference selection.

Stene slammed down 195 kills in her final season as a prep and claimed first team all-conference honors. She hit .232 on the season.

Anderson was one of the better back row players in the area, leading the Top of Iowa West with 357 digs and garnering first team all-conference honors.

Claudia Aschenbrenner and Jaden Francis have been stalwarts in Osage’s volleyball rotation for the last four years.

'It was maybe the time:' Lake Mills' Boehmer retiring from coaching after 31 years

He's coached for over three decades and he's made a few friends along the way.

Springville's defense kept Oakland Riverside under wraps and off the scoreboard in a 3-0 decision in an Iowa girls volleyball matchup on November 1.

North Liberty rolled past Ankeny Centennial for a comfortable 3-1 victory in an Iowa girls volleyball matchup on November 2. 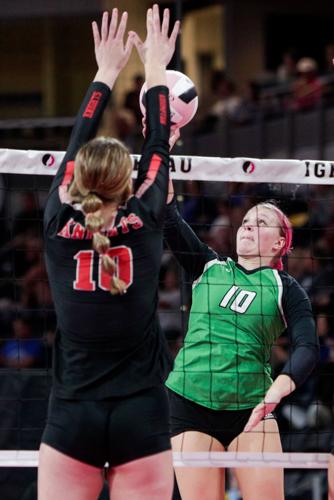 Osage's Claudia Aschenbrenner (10) goes up to hit the ball against Assumption's Ellah Derrer (10) during the third set of an IGHSAU State Volleyball Tournament quarterfinal match, Tuesday, Nov. 1, 2022, at Xtream Arena in Coralville. 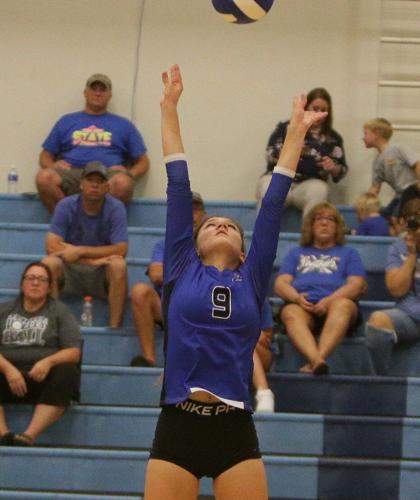 Central Springs' Zari McDonough sets the ball during a set against Nashua-Plainfield in Manly earlier this season. 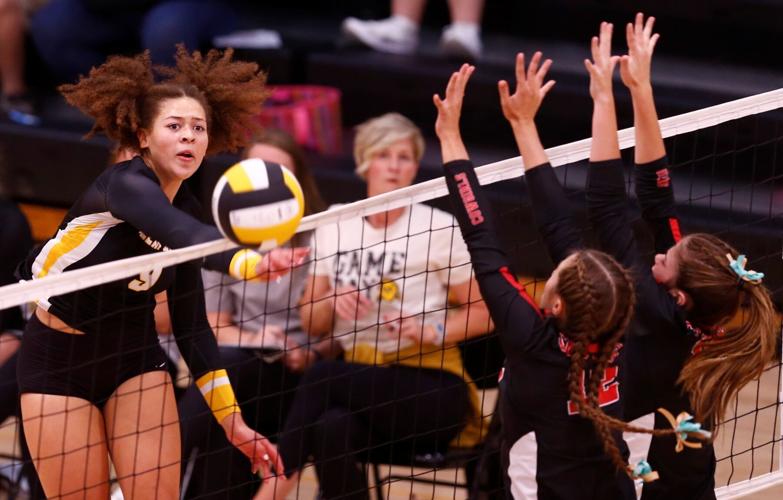 Clear Lake's Xada Johnson fires an attack across the net against Clarion-Goldfield-Dows during a North Central Conference match earlier this season. 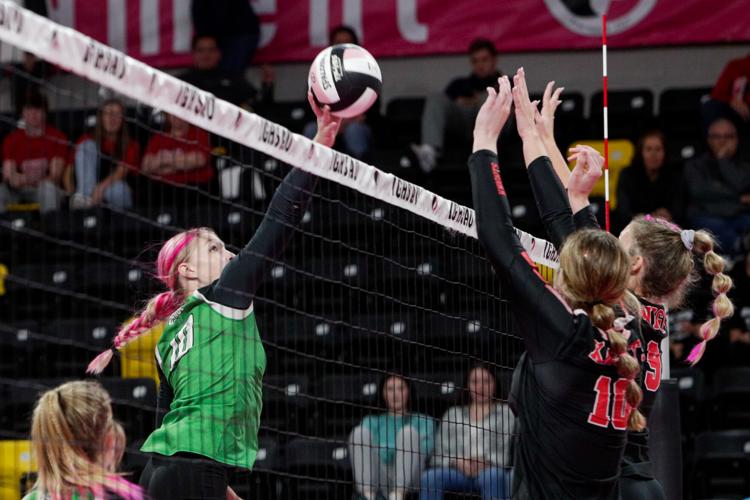 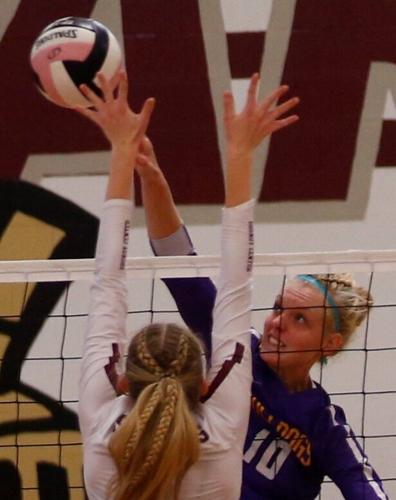 Lake Mills' Ellie Hanna battles with a Grundy Center defender in a Class 2A regional semifinal in Grundy Center. 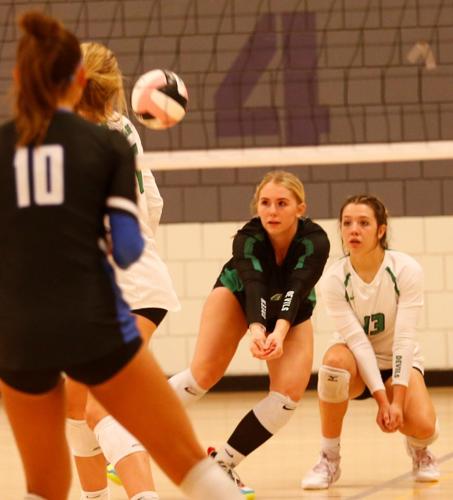 Osage libero Jaden Francis (dark jersey) moves in to make a dig against Waukee Northwest in the Cedar Falls Invitational at the University of Northern Iowa earlier this season. 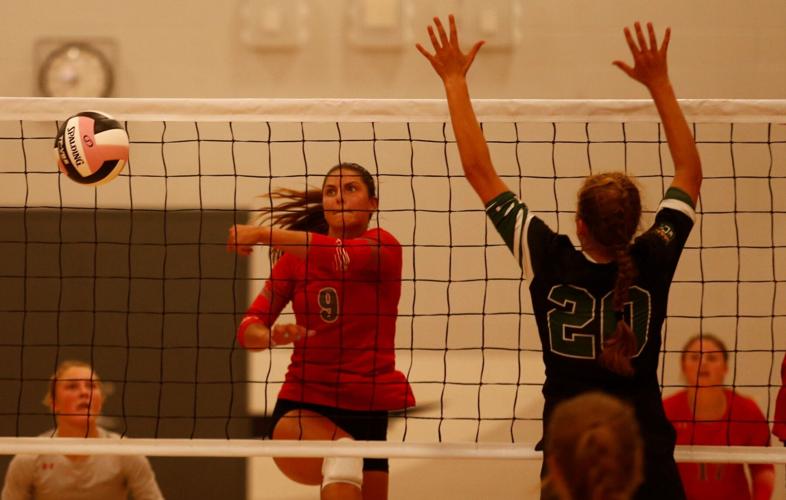 Saint Ansgar setter Aspen Falk attacks on two for a point during a match against Waterloo Christian in Charles City earlier this season. 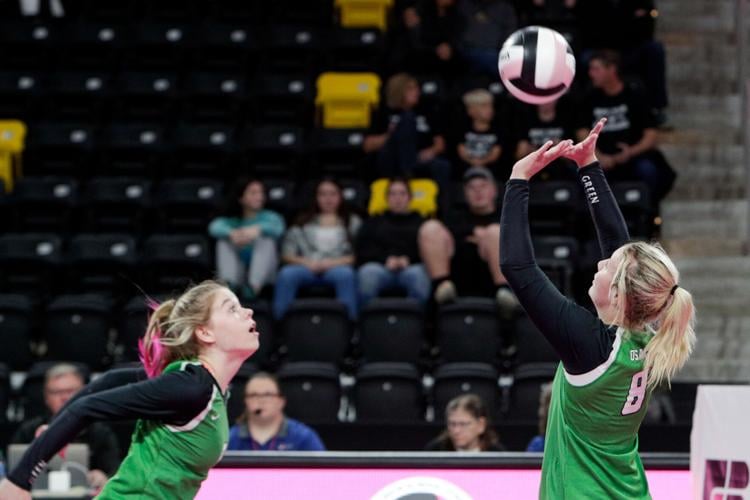 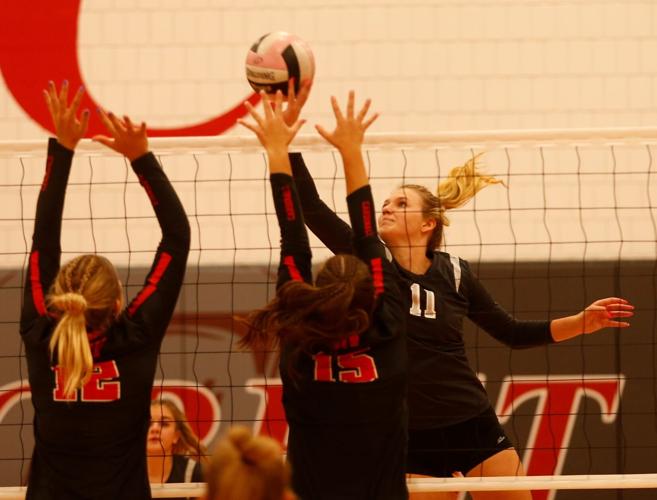 Forest City's Jalyn Hovenga (11) jousts at the net with Garner-Hayfield-Ventura's Sophie Juenger (12) and Valarie Welsh (15) during a Top of Iowa West Conference match in Forest City earlier this season. 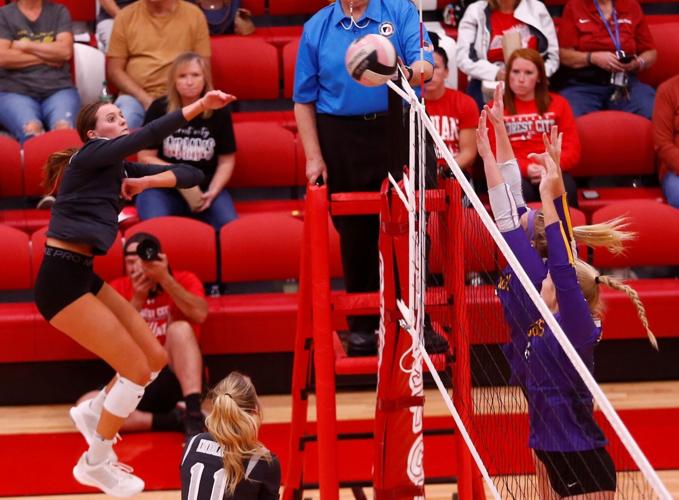 Forest City's Jaden Jerome hits an attack across the net in a Top of Iowa West match against Lake Mills earlier this season. 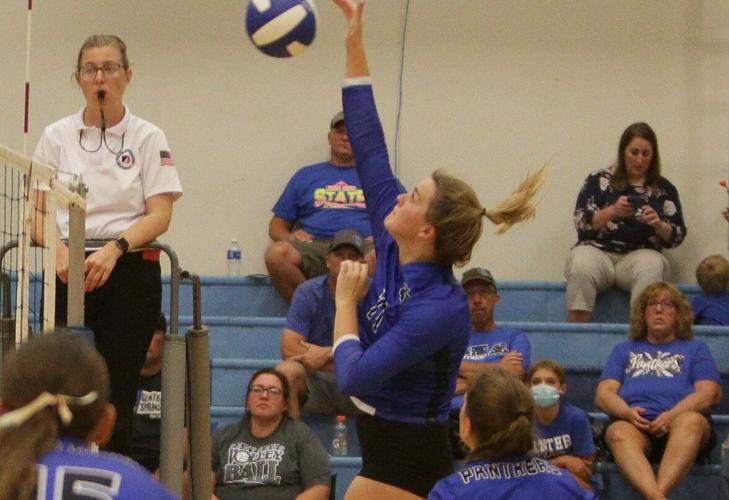 Central Springs' Kaci Crum sends the ball over the net during a match against Nashua-Plainfield in Manly earlier this season. 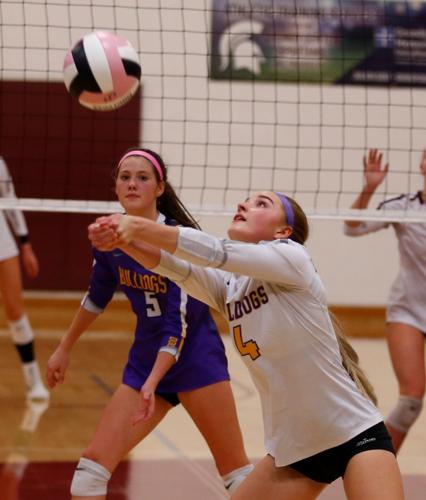 Lake Mills libero Taylor Vanek makes a dig in a Class 2A regional semifinal against Grundy Center earlier this season. 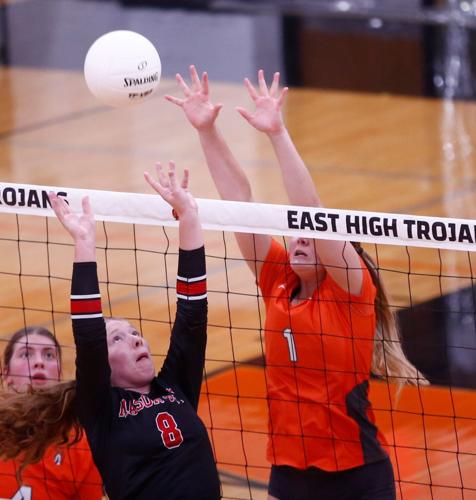 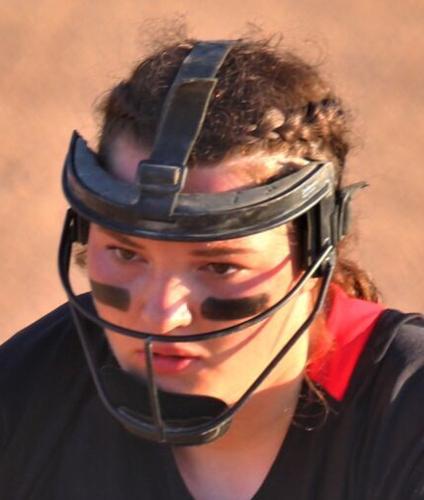 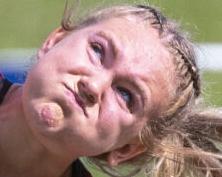 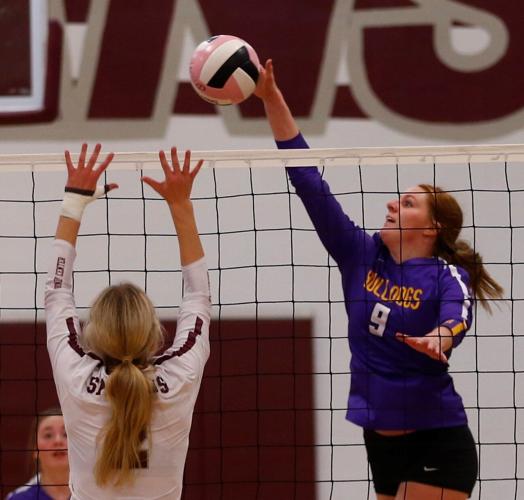 Lake Mills' Ella Stene hits an attack over the net in a Class 2A regional semifinal against Grundy Center earlier this season. 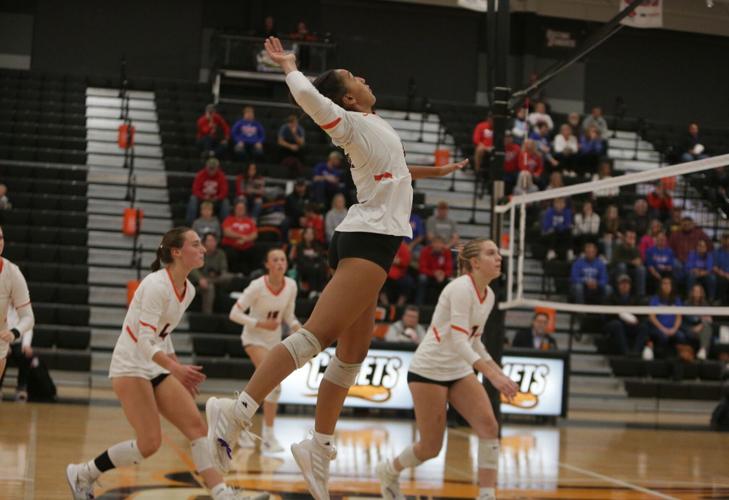 Mya Rimrod (16) leaps for a kill shot against Decorah at the Class 4A Region 6 semifinals game in Charles City earlier this season. 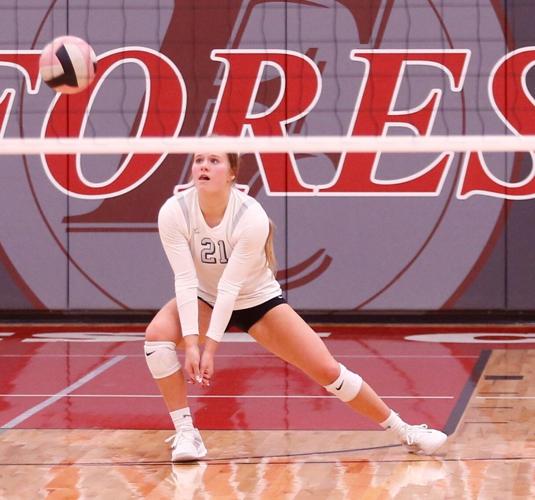