Coming into the season, Newman Catholic head coach Kristen Breckenridge knew there would be some tough matches for her volleyball team.

The Knights lost a majority of the players that made up an 11-13 team in 2020. Many new faces would take the court for the first time this fall.

So Breckenridge didn't set a win-loss record goal for her team. Instead, she just wanted to see growth.

It seems the Knights are finally starting to put together the type of team Breckenridge was hoping for at the start of the season. Since starting the season 0-7, the squad has won four of its last eight games – including a 3-0 sweep of West Hancock on Thursday night.

Breckenridge says the improvement has come in all areas of the game.

"Even in the mental game, we have the mental strength to compete," Breckenridge said. "Along with just our natural ability to read the court, we're being smarter with our balls, we're being more aggressive when we play in our serve-receive. From day one to now, it's tremendously improved."

After winning the first two sets against West Hancock on Thursday night, the Eagles actually gave the Knights a scare in the third set. The visitors actually held a 20-17 lead late in the set.

But the Knights came back to earn a 26-24 win. Fighting back after falling behind is something the team might not have done earlier in the season.

"I think we're improving as we go," senior Madi Elwood said. "Every game we get better in one way or another. Even if we lose, I feel like there's always something we did good on the court."

According to Elwood, if the Knights win, there are normally two key things that Knights have done well in the match.

One of those is maintaining high energy and feeding off it throughout the sets. Her head coach agreed.

"If we have energy and we have fun, that's when we see the successes we see," Breckenridge said.

The other is a simple part of the game that can go overlooked sometimes.

"Passing was a big thing for us," Elwood said. "At the beginning of the season our passes just weren't working very well. We spent a bunch of practices just passing, passing, passing. It's helped us a lot."

Breckenridge says, on top of that, just getting her players to be more confident in themselves is something that has improved the team's overall success as well.

But it's taken some time to accomplish that.

"It's definitely the fresh thoughts, the immaturity and the fact that they haven't played a varsity season yet," Breckenridge said. "Just the uncertainty of their actual skill levels they have."

Newman Catholic only has eight games on the regular season schedule left to play. With improvements being made daily, the team's confidence is growing as it goes.

The Knights play Central Springs at 9 a.m. at the Forest City tournament on Saturday.

The Knights picked up their fourth win of the season in a 3-0 sweep of West Hancock on Thursday night in Mason City. 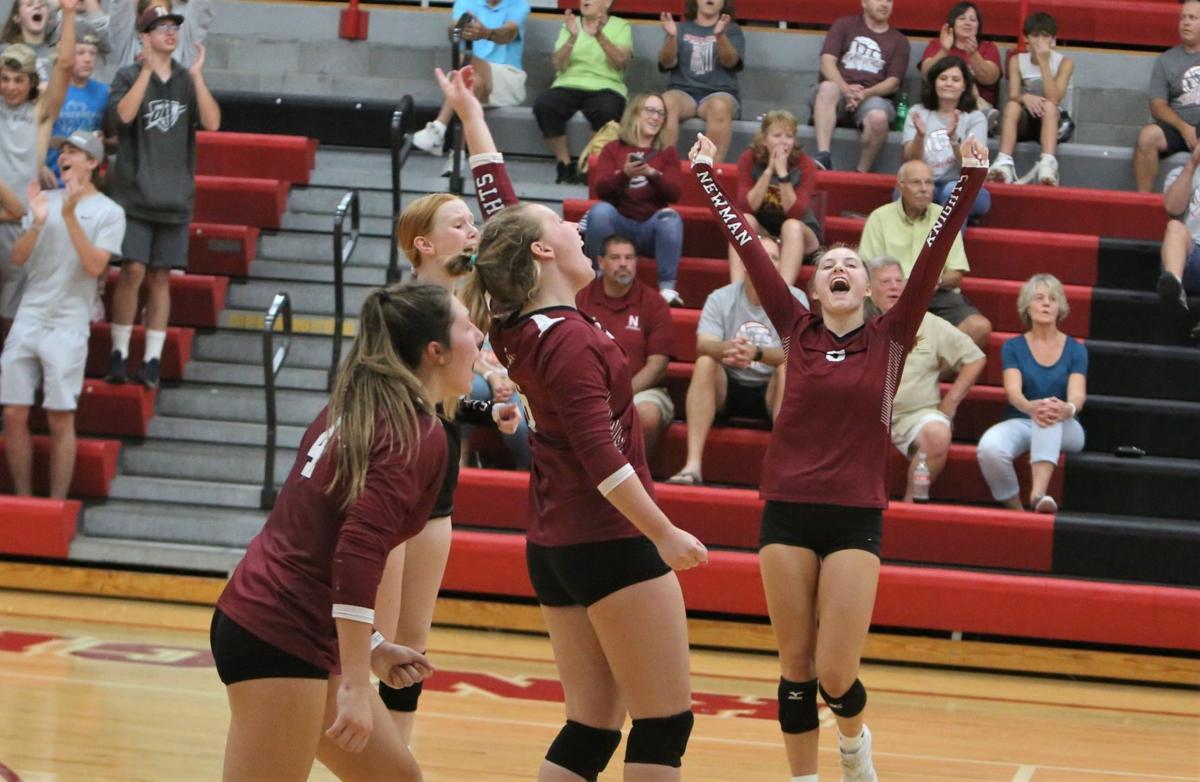 Newman celebrates their win against West Hancock in Mason City on Thursday. 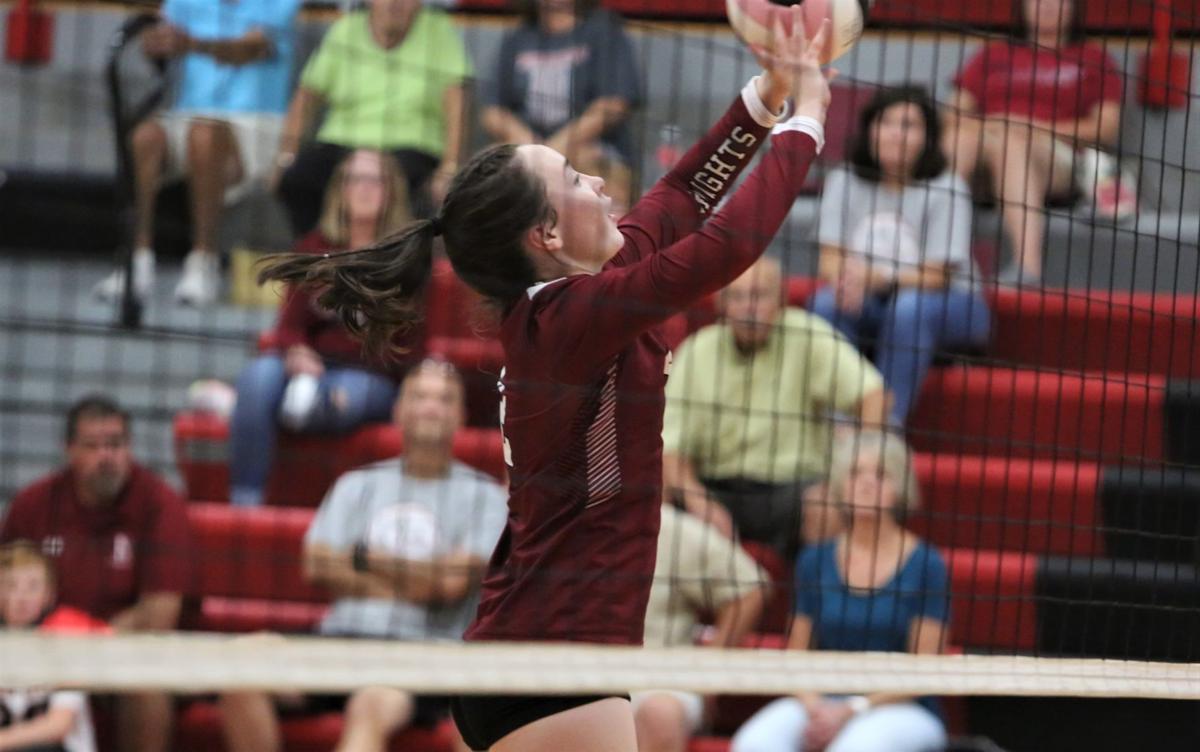 Liz Kruckenberg (2) pops the ball over the net during a game agianst West Hancock iat Newman Catholic on Thursday. 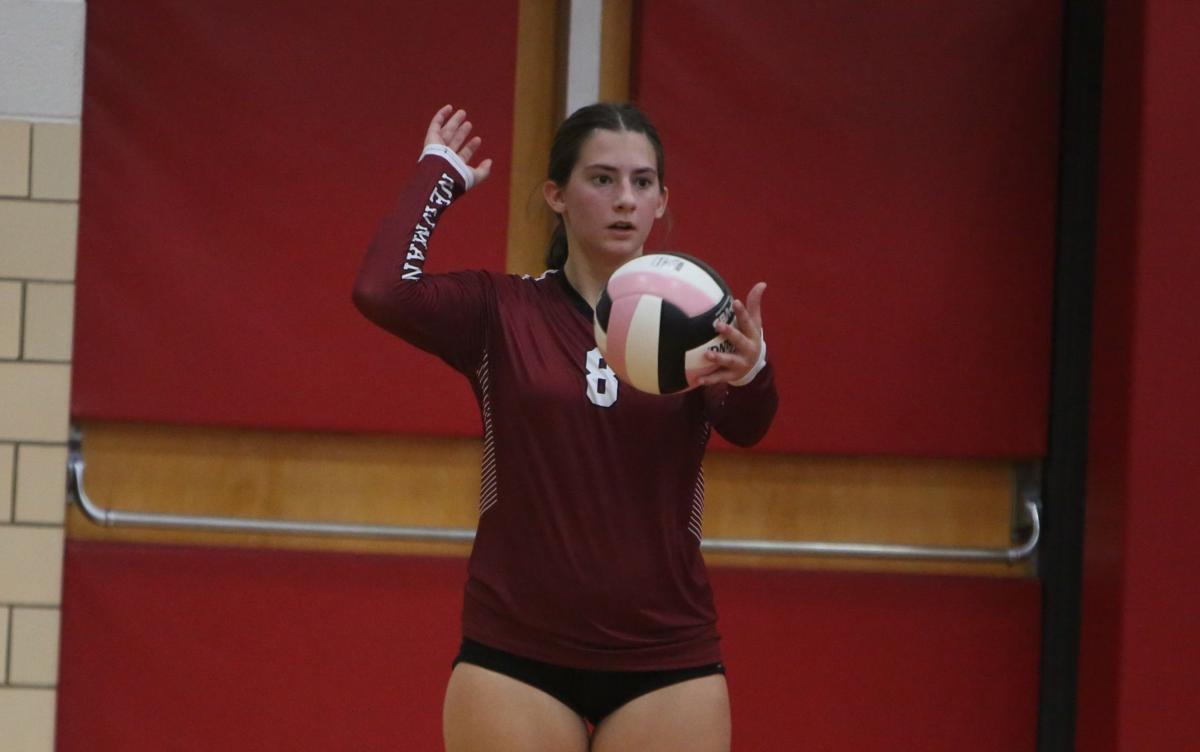