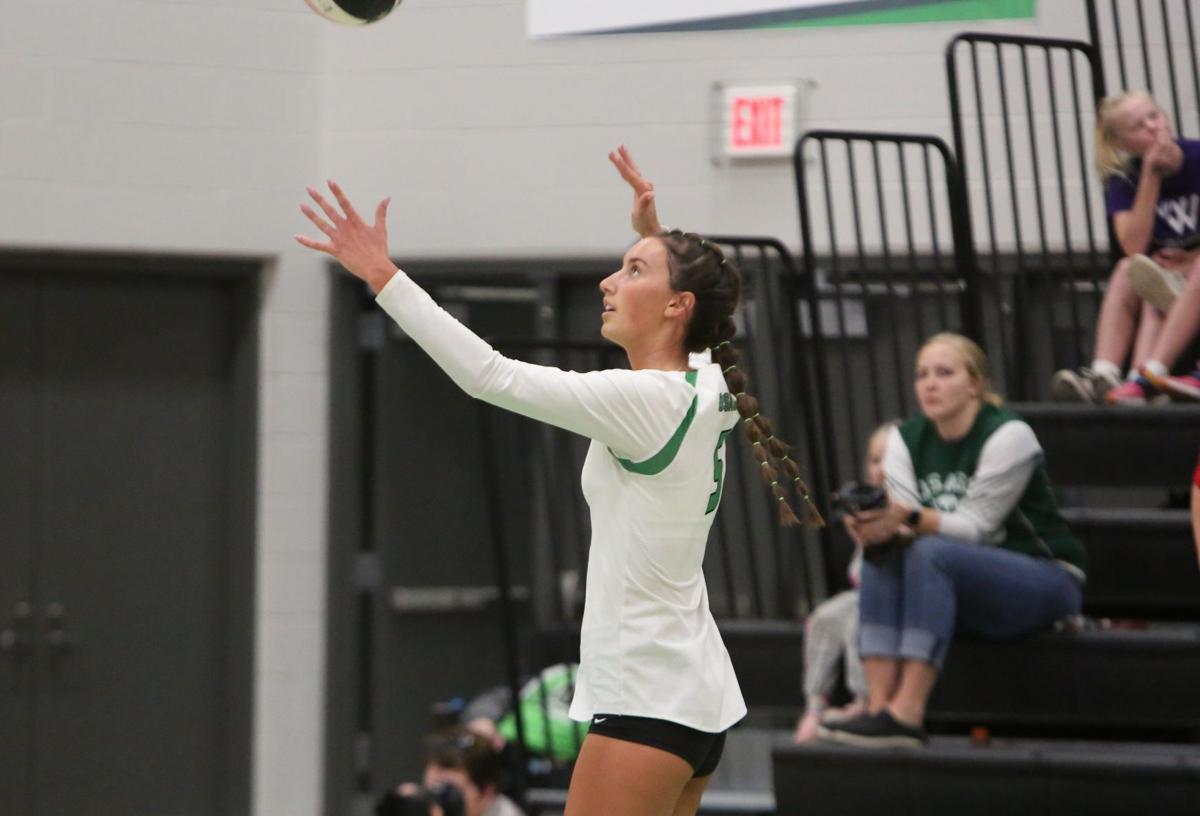 Osage's Kaebre Sullivan serves to Lake Mills during the Class 2A regional semifinal in October at Osage High School. 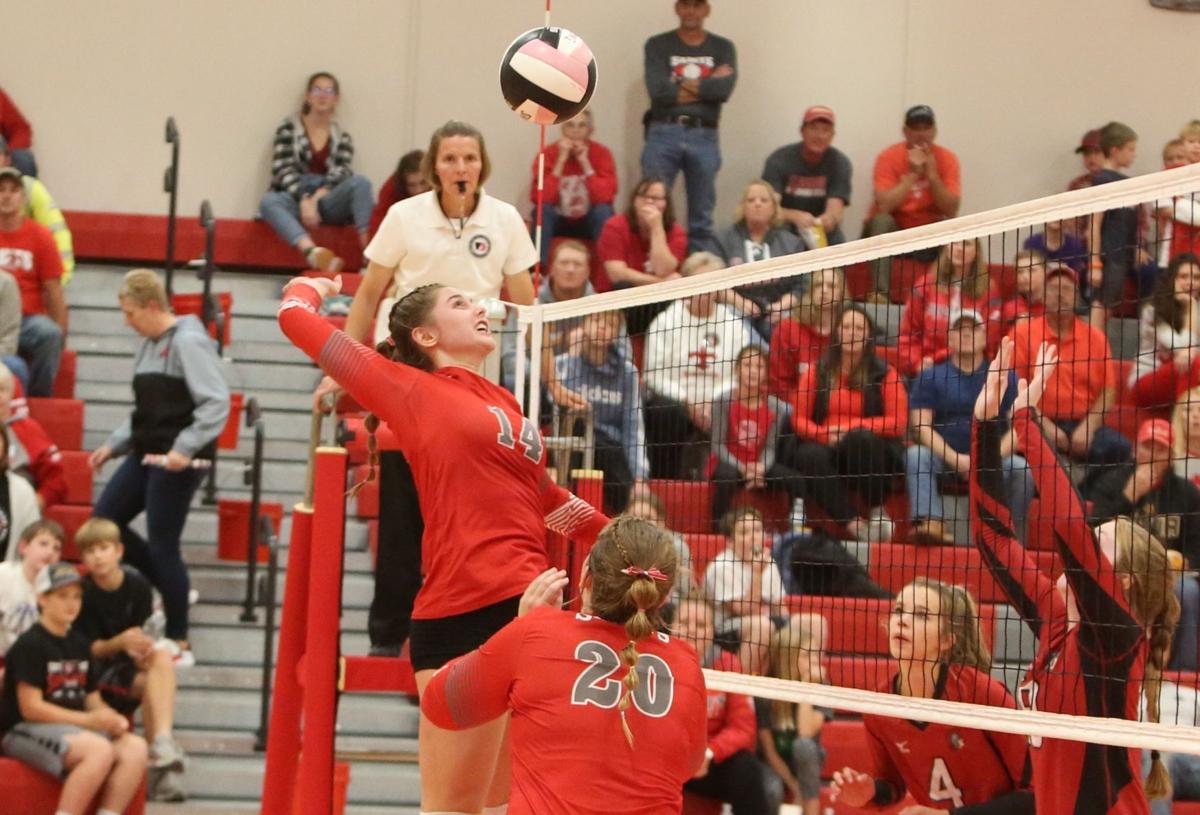 Osage has consistently been a top-15 team in a loaded Class 2A field. St. Ansgar is on a 13-match winning streak and bound for a second consecutive regional final.

Mitchell County will be well represented in Wednesday's regional finals. And both are one win away from the Alliant Energy PowerHouse in Cedar Rapids.

Ninth-ranked Osage will have its second meeting of the season with fifth-ranked Sumner-Fredericksburg at Charles City Middle School, while St. Ansgar tussles with third-ranked Springville at Waterloo West High School.

Both contests will start at 7 p.m.

"This type of atmosphere is what we needed," Green Devils head coach Bryan Tabbert said after they swept Lake Mills in the regional semifinal. "Most of our games are fairly quiet. We needed an intense crowd from both sides, high stakes game to push us to the next level."

Osage fell to the Cougars 21-18, 21-15 at the Dike-New Hartford weekend tournament in September. Claudia Aschenbrenner already knows the key to a win and another trip to the state tournament.

"They are a little one-sided," she said. "Being able to press early, press often. Making sure our communication is high and we're making low errors."

The Green Devils have won eight straight entering Wednesday. They'll have their hands full with Sumner's 6-2 offense paced by sophomore Isabelle Elliott's 363 kills and senior Morgan Brandt having over 430 assists and north of 260 kills.

The other setter for the Cougars is junior Payten Seehase, who sits at 317 assists.

"We knew Sumner might be an option in the postseason, sure enough it is," Tabbert said.

Aschenbrenner, Meredith Street and Kaebre Sullivan all have over 200 kills. Addy Grimm sits at 704 assists. It is a case of pick your poison, where Osage can either establish the middle with Aschenbrenner or go to the outside where Street and Sullivan roam.

Any option is fine so long as it ends with a point.

"It was super important to see who can get points," Aschenbrenner said. "All of us can step up. Always having three options is hard for any (opposition) team."

St. Ansgar cruised by Nashua-Plainfield in three sets on Monday, a vast difference from the regular season matchup where the Huskies tested the Saints in every set.

The atmosphere, plus a first point rally that St. Ansgar head coach Tyler Johnson said went 12 or 13 times over the net before it scored, was the reason why he felt the Saints carried on.

"That gave our kids a lot of adrenaline going in," he said. "One of those right off the bat momentum plays."

Springville boasts junior setter Nia Howard, who is seventh in Class 1A with 783 assists. More than that, it is Howard's IQ that sets her a part from some of the other setters St. Ansgar has faced this year.

In the Orioles regional semifinal win over Edgewood-Colesburg, Howard had four dump kills. She and all five of their hitters are had triple digit kill numbers.

"We're going to have to not make unforced errors," Johnson said. "We have to be ready for everything."

St. Ansgar believes this season, regardless of win or lose, is a success. After graduating one of the most decorated senior classes in its history, it is back in the same spot that group was at a season ago.

"This group really wanted to get back and worked hard to get there," Johnson said. "They play very much like a team. They're not worried about individual accolades. They need to have a chip on the shoulder. For this group, it was super special to show that we have athletes with motivation."

West Liberty notched a win on the victory belt after defeating Davenport Assumption 3-2 in an Iowa girls volleyball matchup on November 3.

The Green Devils couldn't quite keep up with No. 3 Western Christian on Wednesday in the state semifinals.

Osage's Kaebre Sullivan serves to Lake Mills during the Class 2A regional semifinal in October at Osage High School.