Keevan Jones has been one of the best defensive players on Forest City's roster for a couple years now.

However, she was only used in specific defensive situations at the right back position in 2020, and didn't see as much playing time behind senior libero Ellie Caylor -- who had locked down the position for most of her varsity career.

With Caylor gone due to graduation, Jones is finally getting her chance to play full-time in the libero position in her senior year this fall.

"She's always done what she needed to do," Forest City head coach Lacy Jerome said. "It was nothing against her. It just wasn't her time yet. Now it is, and she's doing a great job."

In her own words, Jones says she went from playing just over half the game last season to the majority of the game this season.

Just how important of a role is the libero position at Forest City?

"I think it's huge," Jerome said. "We only get three touches and that first one has to be perfect."

Jerome says Jones has been training for the move to libero this season in each of the previous three seasons on the varsity roster.

The Indians, who were Top of Iowa West conference champions a season ago, have always been one of the top hitting teams in the league. Jones got the chance to play against those hitters in practice for her entire career, which prepared her for this season.

Although she was confident for the move this season, Jones admitted she's had some nerves before the first two games of the year against Eagle Grove and Garner-Hayfield-Ventura.

"I was a little bit," Jones said. "I watched Ellie because she's only a year older than me. I definitely learned a lot from her. It's more comfortable when you're on the floor more. As the games kept going I just fell into place more."

It's early in the season, but Jerome has been pleased with how Jones has performed in games and practices up to this point.

"She will do anything you ask her to, and she'll probably think of it first actually," Jerome said. "Just a great teammate and very coachable. It's been fun to watch her step in and do well the last couple nights."

After watching Caylor lead the team lead the team to top finishes in the conference the last couple years, while racking up the accolades, Jones expects the same for herself.

"I want to work on it really hard and continue what she started," Jones said.

Jones has helped the Indians get off to a perfect start.  She already leads the team with 20 digs, and the squad beat both Eagle Grove and GHV in three straight sets.

Forest City will travel to take on North Iowa at 7 p.m. on Tuesday in Buffalo Center.

'What a wild night': Inclement weather makes for unforgettable Week 1

Mother Nature threw just about everything it could at North Iowa over the weekend. Six games featuring North Iowa teams were postponed to Saturday afternoon.

Loge recovers from broken wrist, then proceeds to break out in Lions opener

Clear Lake junior wide receiver Ben Loge misses his entire sophomore football season with a broke wrist. He returned to the field on Saturday and experienced a breakout performance. 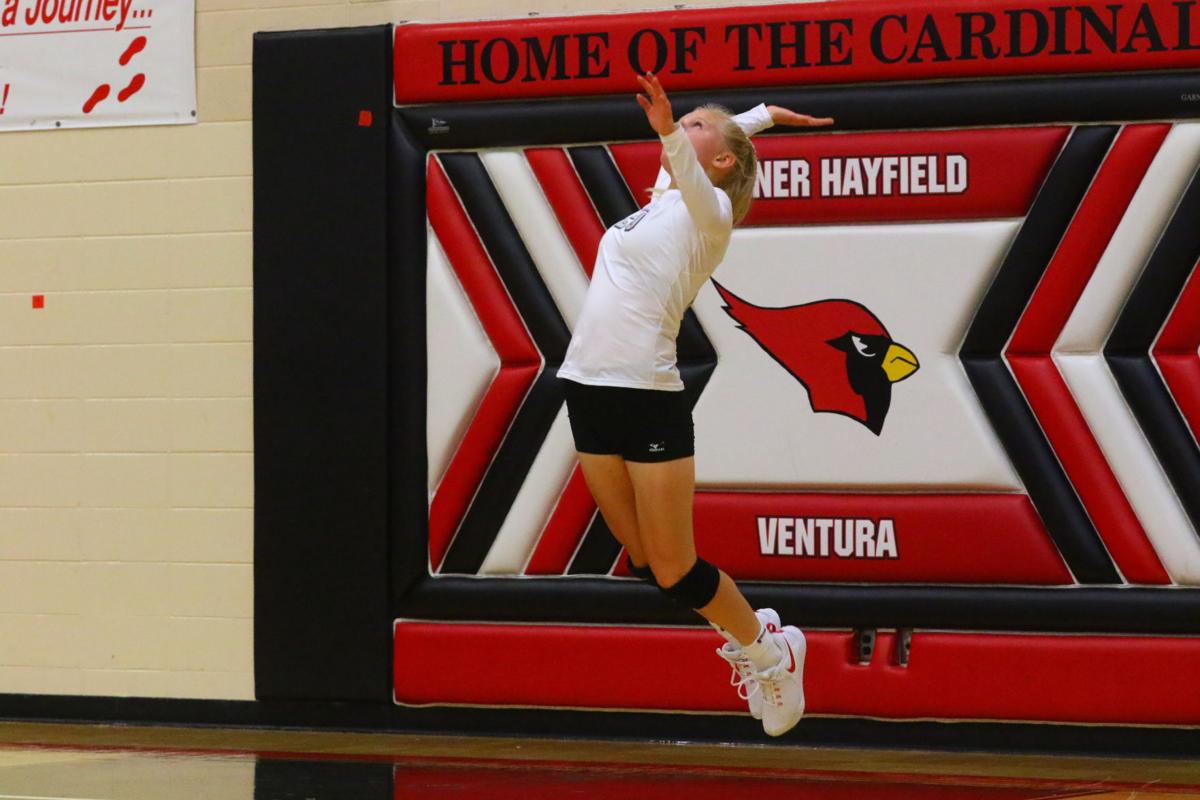 Forest City senior Keevan Jones jumps for a serve against Garner-Hayfield-Ventura on Tuesday night in Garner. 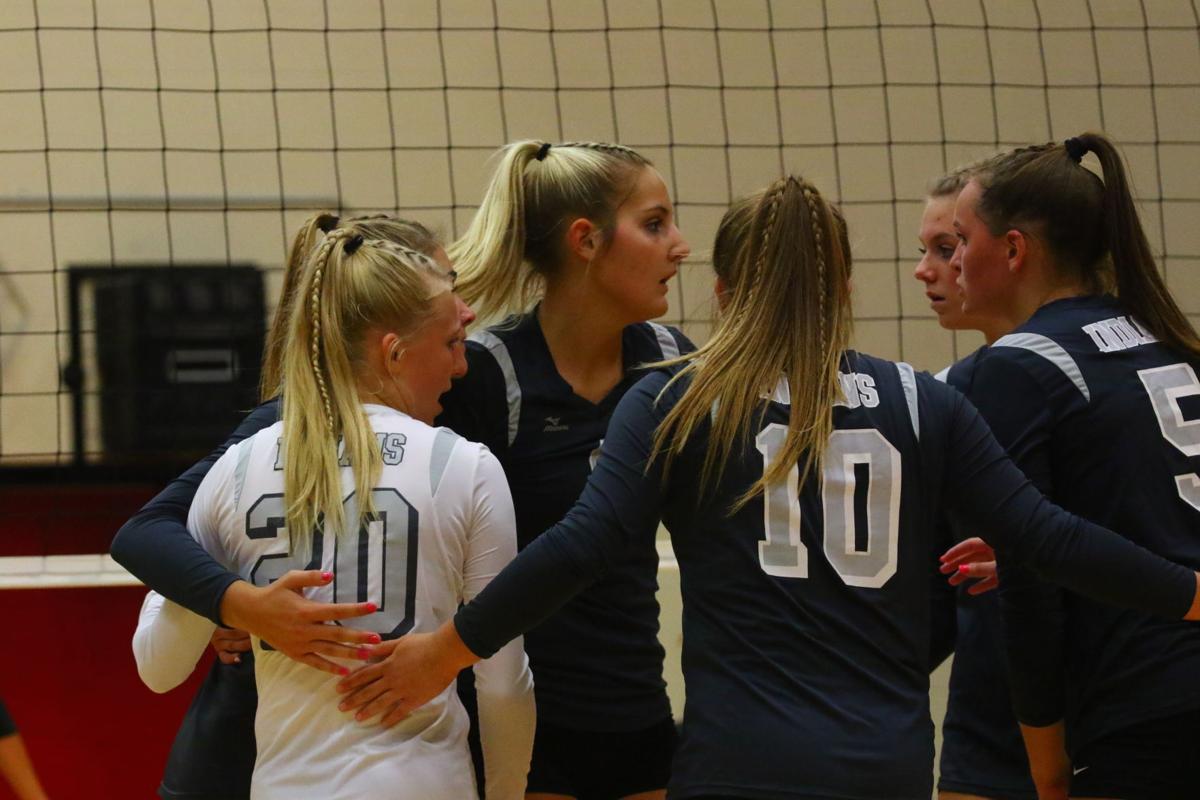 Members of the Forest City volleyball team gather after a point. 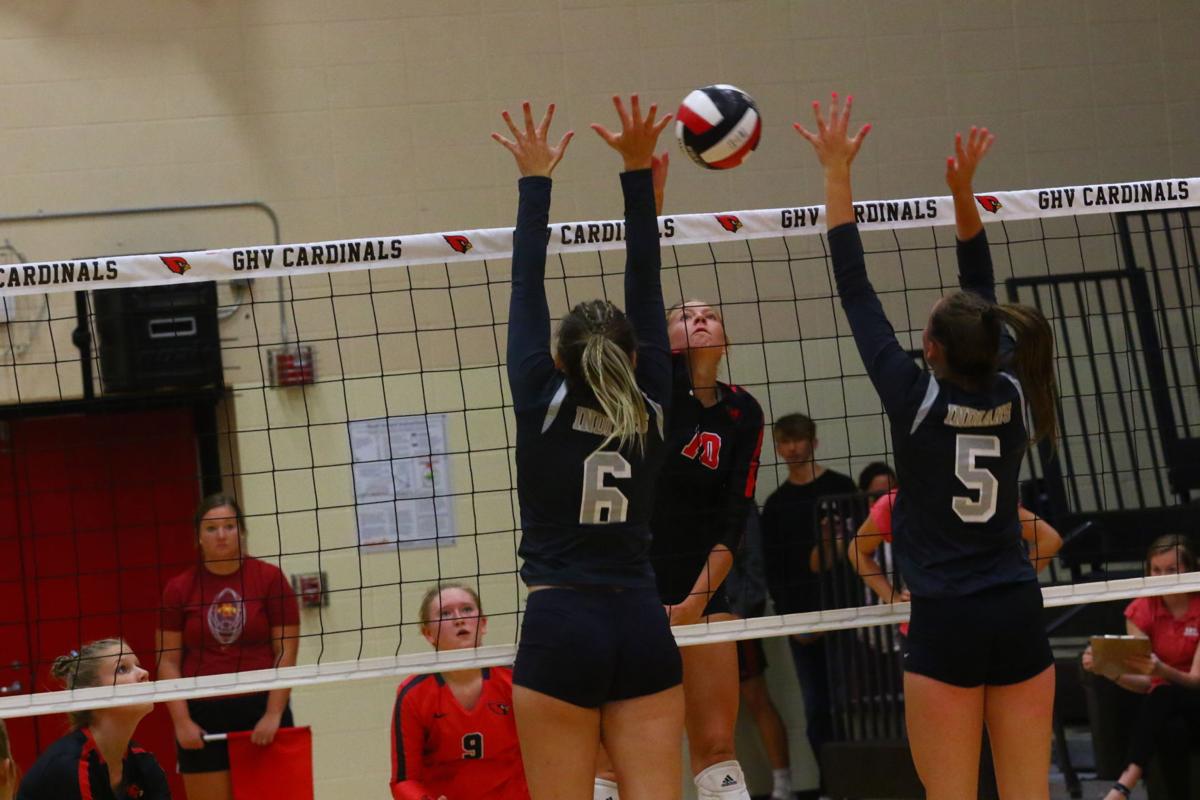