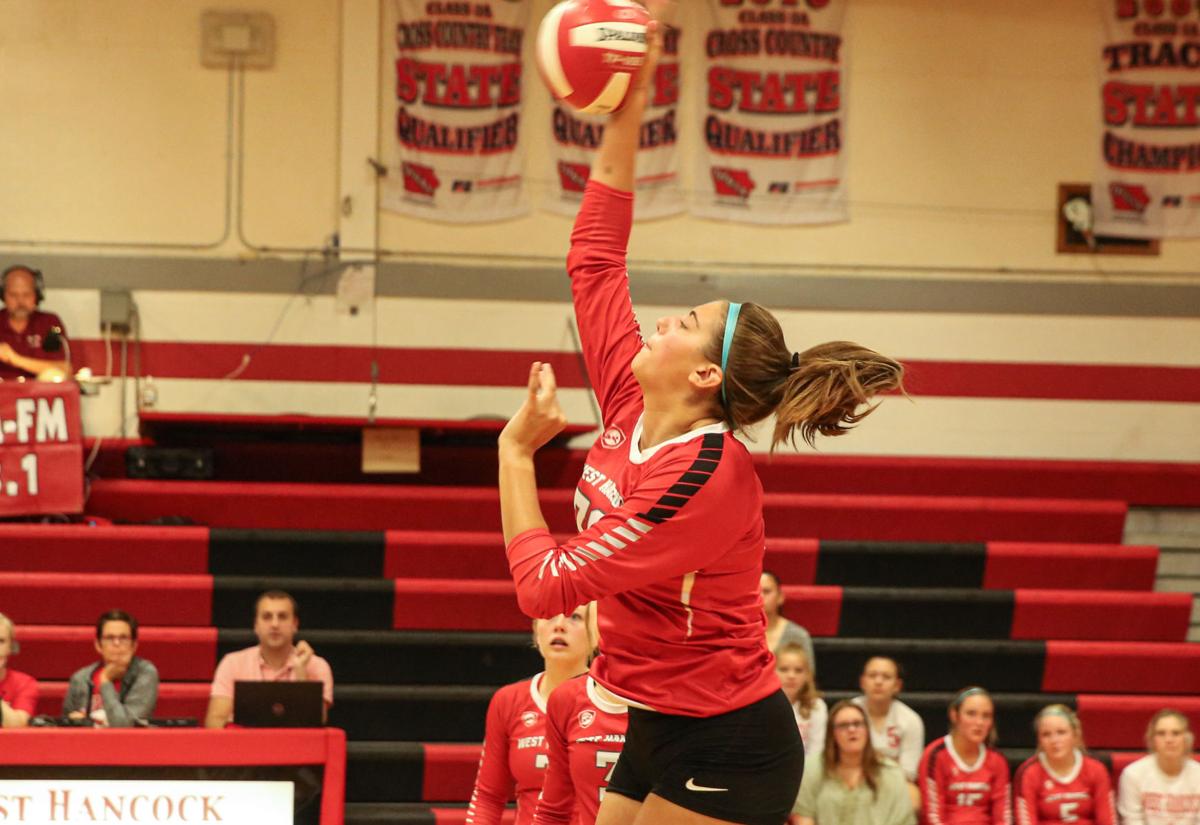 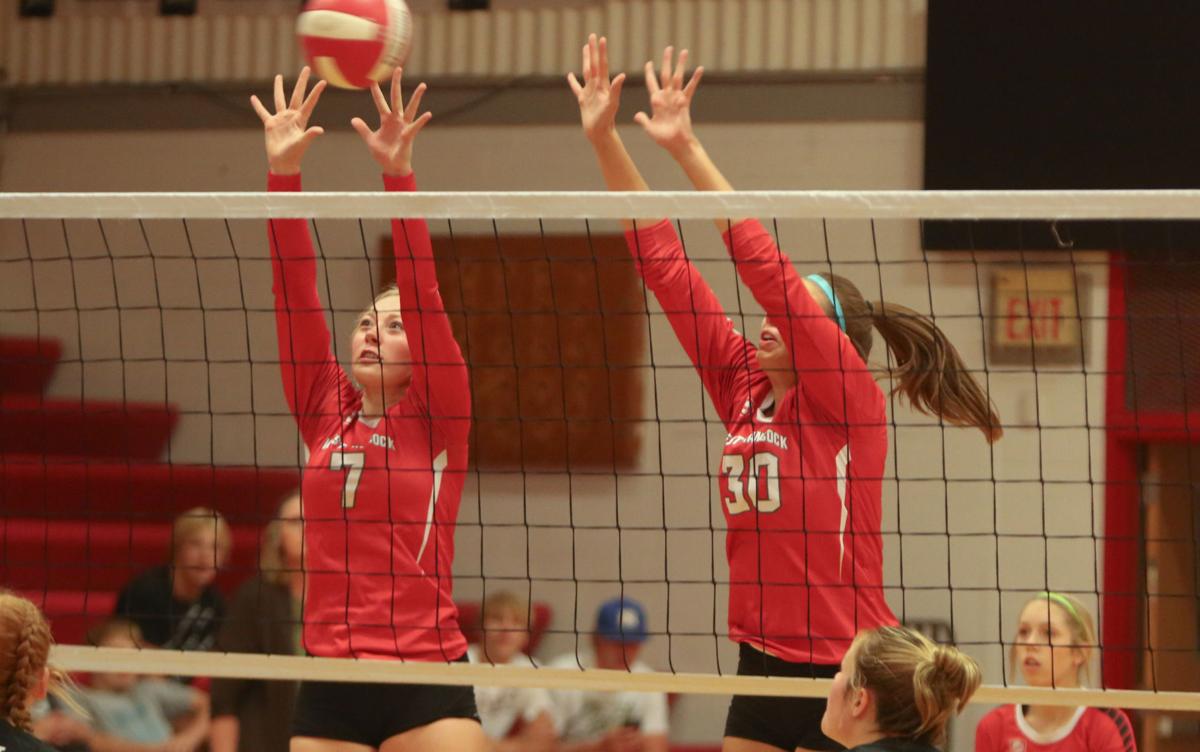 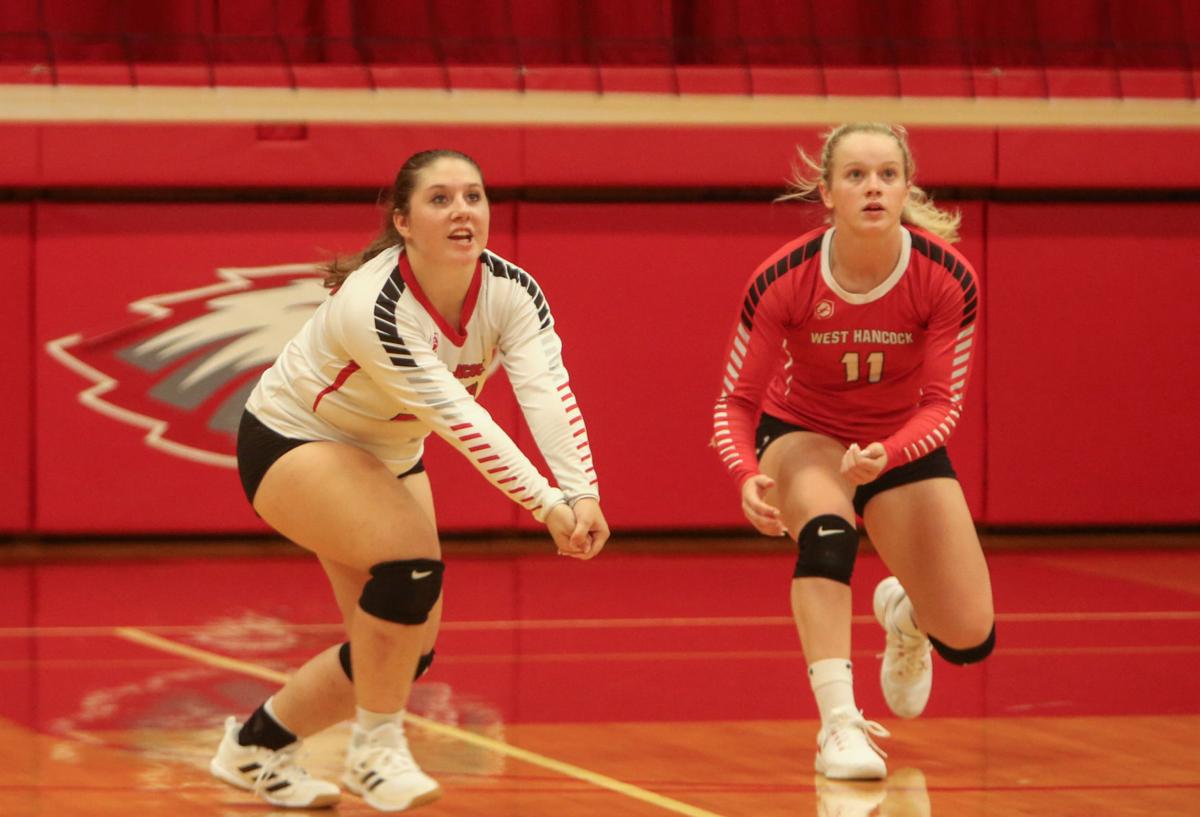 The senior is a 6-foot hitter and a returning starter. Quinn Harle and Maddie Bruggeman are each 5-foot-10 as front row hitters. The Eagles' two setters played in a total of 22 matches a season ago.

So why is West Hancock struggling to produce wins on the court? It has nothing to do with the physical talent the team has.

It is between the ears.

"We definitely have a mental block," Aitchison said.

It took all of 56 minutes for the Bison to defeat their Top of Iowa West Conference foe.

West Hancock is searching for answers. It didn't have many on that night.

"It is just repeating the fundamentals," Eagles head coach Michelle DeHart said. "You play the game without thinking so much, not always worry what am I doing right, what am I doing wrong."

If one thing didn't go right, it would lead to multiple errors in a row for West Hancock (2-6). That happened each set.

"I would say volleyball is a very mental game," DeHart said. "This is a team, one mistake is going to turn into three before they turn it around. It really tends to affect this group of girls."

While the mentality wasn't as strong as they would have liked it to be, Aitchison quickly pointed out neither was the energy.

West Hancock held several leads in the first set, its largest at 13-8. The Eagles never led by more than one point the rest of the way.

"We kind of dropped down in the second set, weren't as supportive of each other," Aitchison said. "We just don't have enough energy to get us through the entire match."

West Hancock's program hasn't had a lot of winning. It hasn't reached double digit win totals since a 13-17 record in 2011. The last decade has combined for 37 wins and 202 losses.

DeHart knows it is not an easy fix. She has led the program for the last 12 years and sees this group, while with four starters back, doesn't have a high amount of varsity court experience.

"When there is a point earned or lost, it is drawn on one person," DeHart said. "That's something our girls have trouble shaking off the individual nature of how points are scored."

Aitchison believes things can turn around if the mental game becomes stronger and the energy remains high throughout the duration of a match. If it does, in her eyes, the wins will start to translate at a quicker rate.

"We have the talent to do good things," she said. "We just have to get over that mental block."

Mason City head football coach John Lee challenged his team to play with more emotion. The Mohawks did just that in a 35-0 win over Charles City.