Become a Member
Read Today's E-edition
Share This
After rough stretch, Clear Lake volleyball buys in ahead of regional play
0 comments
Share this

The past couple of weeks haven't been great for the Clear Lake volleyball team.

Before the road contest with the Bulldogs, the Lions had lost eight straight, including a tournament at Mason City in which the squad lost all five of its matches.

Monday was an important day of practice for Clear Lake.

"Tournament days get long, not everybody gets to play and we just have to make sure that we're keeping everybody involved at all times," Johnson said. "We had a really good, hard talk on Monday."

Johnson, in her second year leading the program, says she spoke to her team about buying in, along with asking important questions about what her players think the team can accomplish.

It's important for every member of the program, from bench player to starter, to be on the same page ahead of the postseason.

The Lions responded by putting together a few great practices ahead of its conference matchup against Hampton-Dumont-CAL. Then, the win was the exclamation point.

The victory moved Clear Lake to fourth in the conference.

Sophomore Xada Johnson, who leads the team with 174 kills, says Monday's talk was exactly what the team needed.

"I think now we're all on the same page, and we all agree that we have our goal of getting past the first round," Xada said. "We think we can get past the first two actually. We're now all dedicated to that and putting in the work so we can do that."

The Lions have a tournament on Saturday at Algona, but following that, the next match will be an important one.

Clear Lake will play at Forest City in the first round of Class 3A, Region 2 bracket play. Winner advances, loser goes home.

The Lions have a bit of history with the Indians, too. Last season, Forest City knocked out Clear Lake in a 3-0 match in the first round of regionals. The Indians have also won in a 3-0 shutout this season.

But Heather is still confident in her team.

"I thought we matched up with them really well," Heather said. "Even though we lost in three, I thought we competed well during that match. We just need to eliminate a few more errors and keep playing to win."

After a much-needed team talk, and an important shutout over a conference opponent, the team believes now more than ever that a win over Forest City is possible.

"Our momentum right now is just in the right place to get us on track to beat Forest City, even though they are a good team," Xada said. 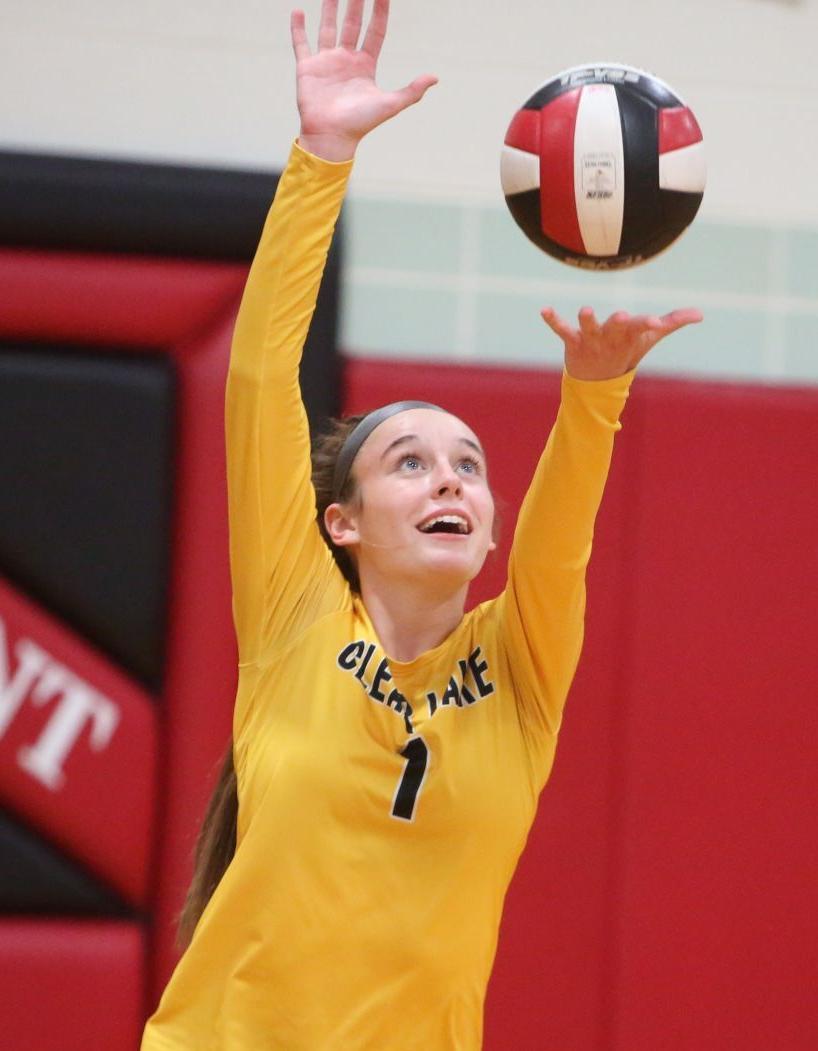 Clear Lake's Jaden Ainley (1) serves to HD-CAL at a game in Hampton on Thursday. 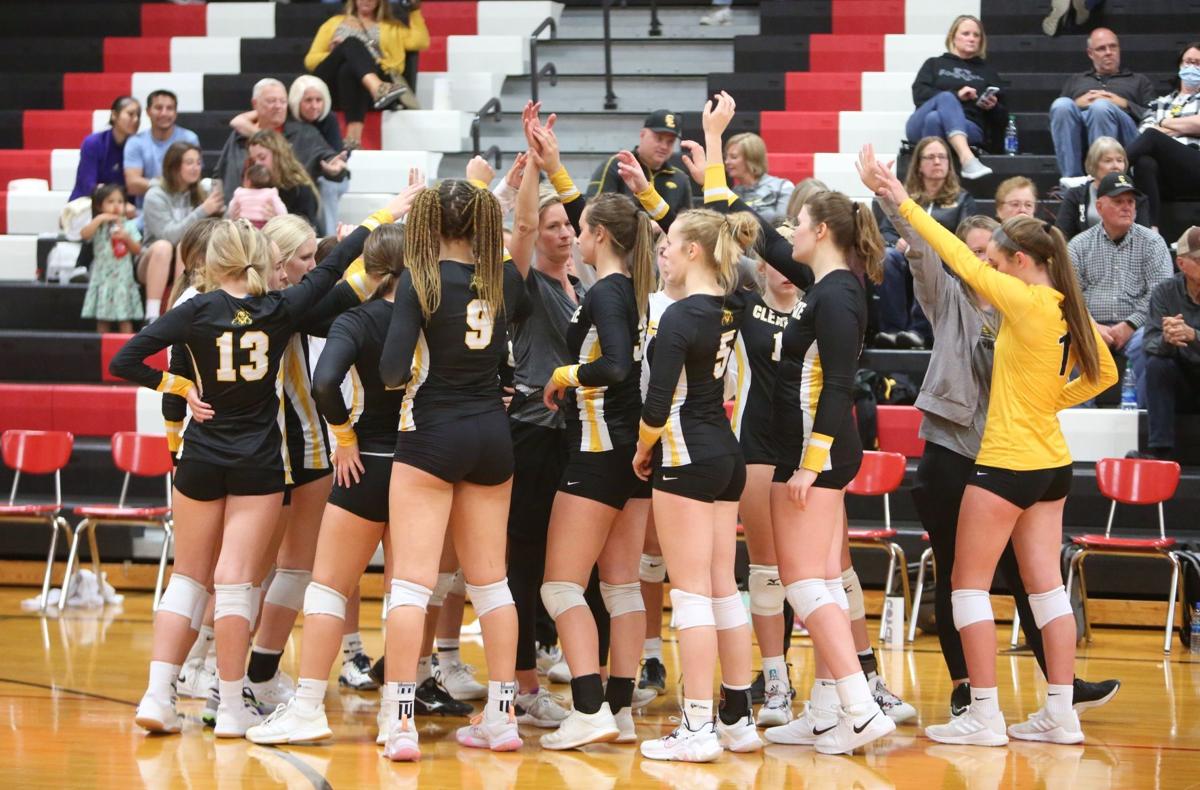 Clear Lake volleyball breaks from a huddle during a game against HD-CAL in Hampton on Thursday. 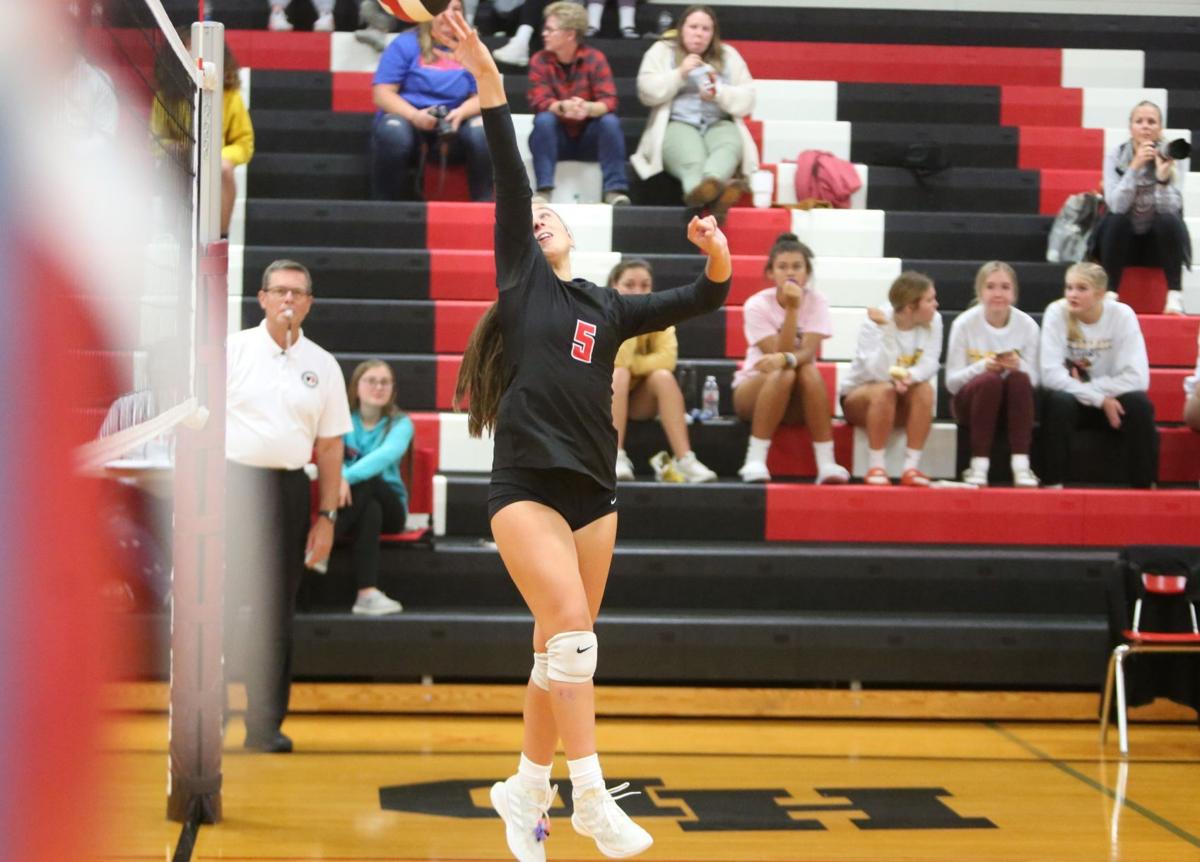 Hampton-Dumont-CAL's Aja Sheppard taps the ball over the net during a home game against Clear Lake on Thursday.