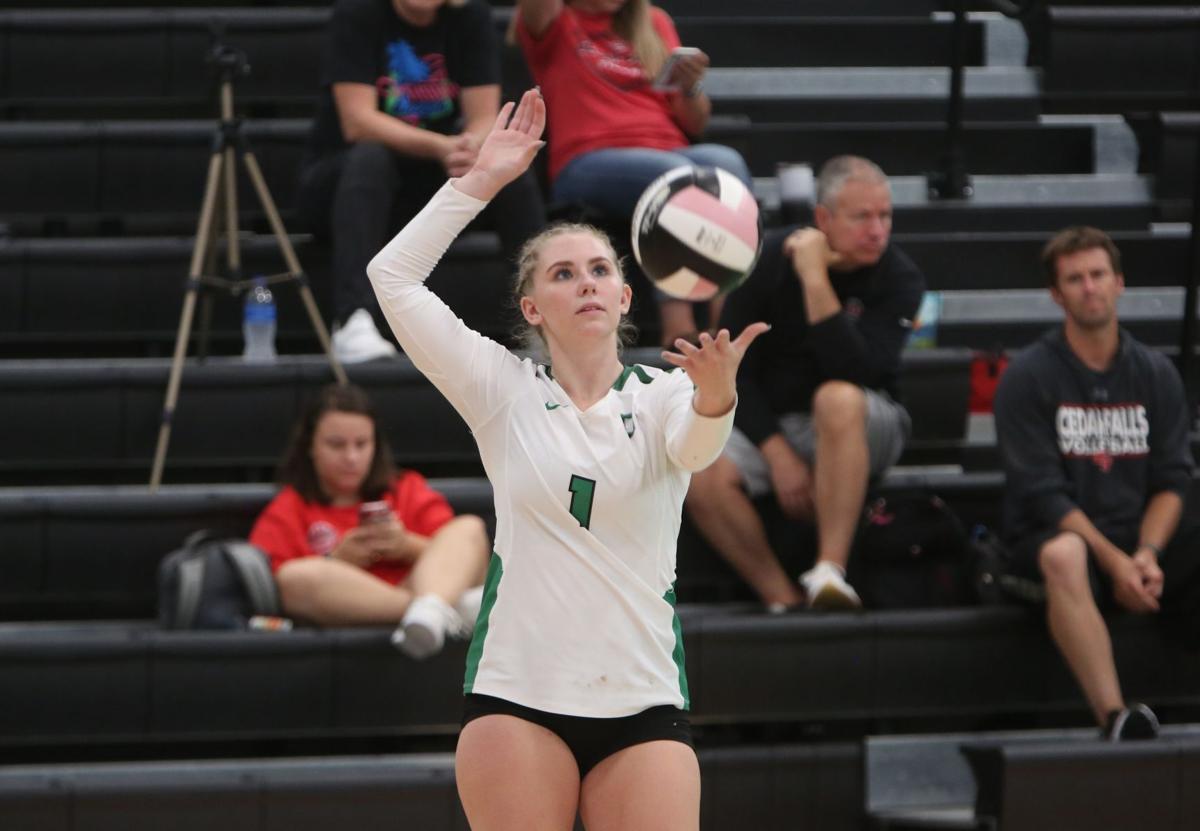 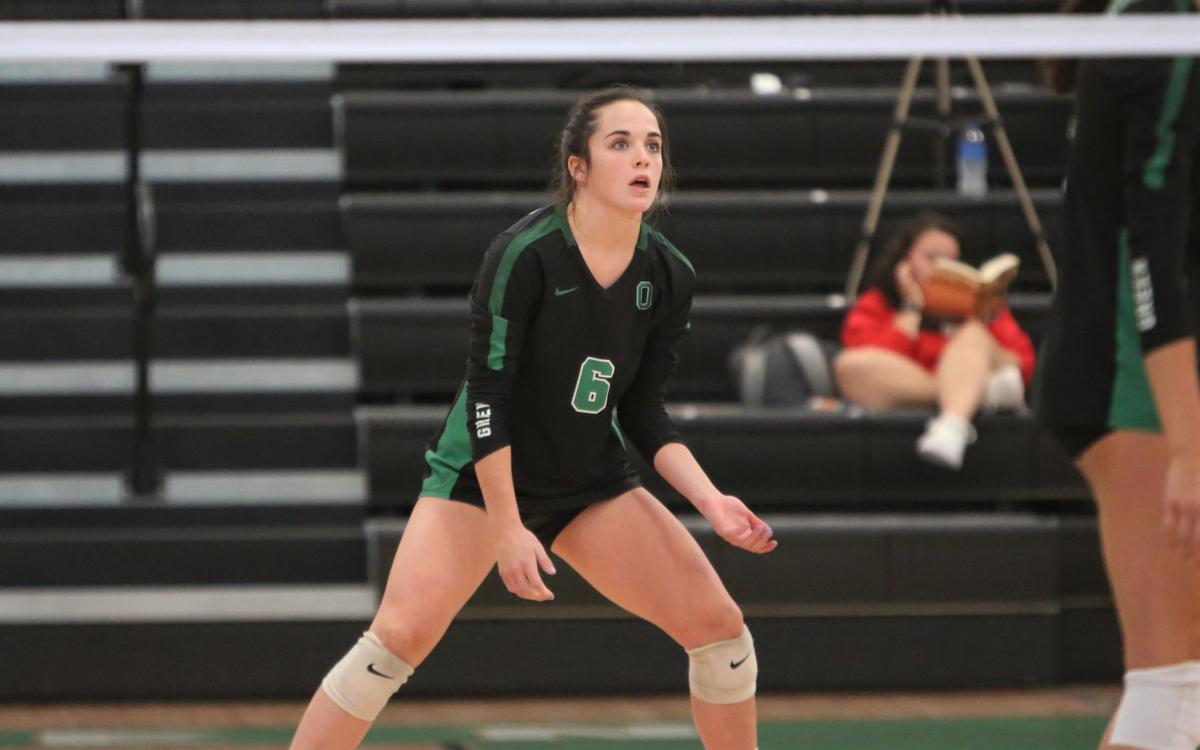 Meredith Street (6) eyes the ball during a tournament game against Dike-New Hartford in Osage on Saturday.

Play a couple Top of Iowa Conference games, get its feet wet, then face stiff competition at its home tournament.

And it was indeed stiff.

The Class 2A No. 8 Green Devils won their first two Pool A matches of the day, against Forest City and returning Class 3A state qualifier Clarion-Goldfield-Dows, but ran into the gauntlet that is 4A No. 8 Waverly-Shell Rock and 2A No. 1 Dike-New Hartford.

"We came up short, but our girls compete with the best of them," Green Devils head coach Bryan Tabbert said.

There was some mix of good things Osage did in both of the losses. It got punched in the mouth then responded against WSR. It didn't roll over when Dike led 15-6 in the first set.

Those are two things Meredith Street felt they can leave their high school feeling good about.

"I think we played really well," Street said. "All the teams we played today are really good. Once we got ahead (versus WSR), we got rolling."

The third set against the Go-Hawks was a nip and tuck affair. Osage trailed 8-6 and despite having momentum after a thunderous second set, it couldn't come up with a rally and fell 15-12 to finish runner-up in Pool A.

"We got a little shell-shocked," Tabbert said. "That second set, the girls knew we could compete with them and we did. It is important to have tough matches like that. Girls needed a challenge."

Osage had a 4-0 spurt and a 3-0 burst against the Wolverines, but couldn't trim its margin closer than two in the opening set. Its way of allowing Dike to score in the second set was, in its eyes, more than frustrating.

Seven of the Wolverine's first eight points in the second set were off hitting errors from the Green Devils front line.

"It is a little frustrating," Street said. "We're just working on those newer connections. Our errors will become less and less as the season goes on."

Dike took over in the end, outscoring Osage 13-4 to complete the sweep. Still, the latter left with no shortage of motivation or lessened expectations.

The other two teams from the area, Charles City and Forest City, met in the consolation championship match and the Comets prevailed. Both side beat Clarion-Goldfield-Dows and Nevada, respectively, to set up the North Iowa contest.

The Indians needed three sets to defeat the Cowgirls, their only pool play win of the day. Charles City edged Nevada also in three sets in its pool play matchup.

"We learned a lot about ourselves," Forest City head coach Lacy Jerome said. "There are a lot of really good teams here. We leave here with things to learn."

Green Devils still believe they are among best of 2A bunch

Osage uses its home tournament to see where it stacks up amongst its competition. Amongst the Green Devils players, they are still as confident as ever.

Meredith Street (6) eyes the ball during a tournament game against Dike-New Hartford in Osage on Saturday.