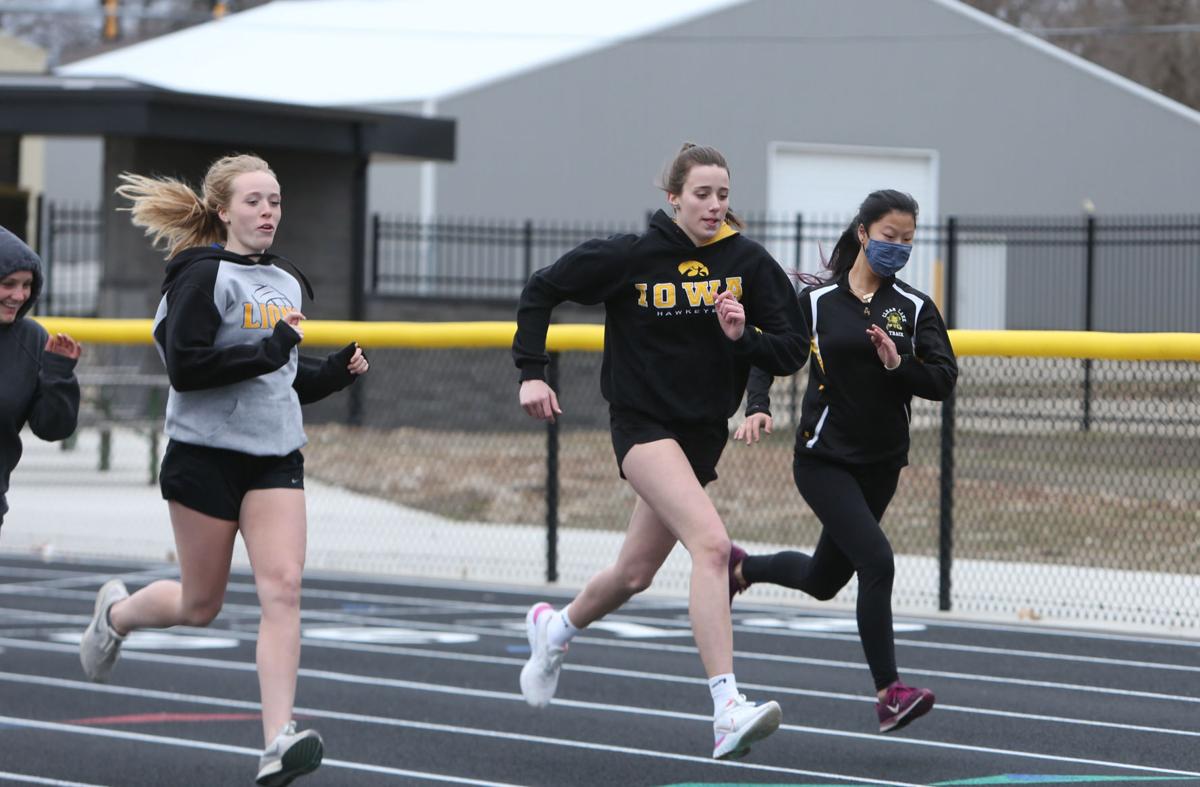 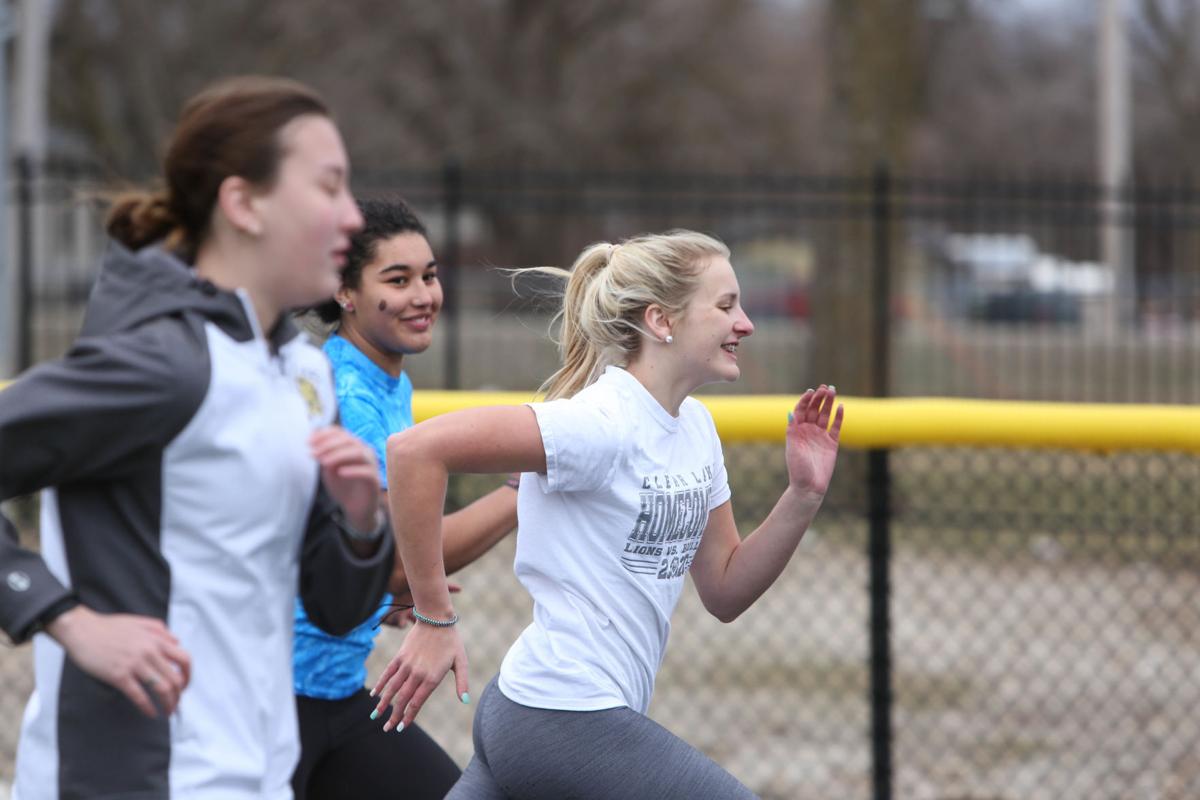 The participation numbers are down and the Lions only have a handful of upperclassmen. On top of that, the girls haven’t hit the track since spring of 2019, when many were still in middle school.

While head coach Shawn Puttmann expects his team to consistently improve this season, he’s hopeful that the girls stick with it, as there’s bound to be some growing pains early on.

“My biggest worry is because we’re so young, I don’t want them feeling defeated because they’re getting beat by juniors, seniors and people that have been out for track their whole careers,” Puttmann said. “When we go against the Algonas and the Humboldts, there’s some thoroughbreds over there that we’re going to compete against. I don’t want them to get down on themselves.”

There is reason to be excited though. Puttmann has many girls on the team that he knows can show solid improvement and place well at meets by the end of the year.

One of those athletes is senior Kaitlyn VanderPloeg, who is out for track and field for the first time ever after another solid season on the hardwood. Puttmann is excited to see what she can do in the high jump event.

“I’m hoping to have success,” VanderPloeg said. “But really mostly this season I’m just looking forward to having fun. I just got done with basketball season and that was a really good time. I just wanted to keep hanging out with those same girls and we have some of them over here.”

VanderPloeg is in a rare situation where she’s running her first year of varsity track in her last year as a high-schooler. Oddly enough, she’s in very similar shoes to the underclassmen on the team – like freshman Anna Feuerbach.

The last time Feuerbach put spikes to the pavement for a full season was when she was in seventh grade.

“I’m nervous because I missed out on last season so I feel like I might be a little bit behind,” Feuerbach said. “But I think if I just put in that work, I’ll be set for this year.”

Although the challenges of youth and inexperience will surely be a factor, there’s no reason for the Lions to be less confident. Feuerbach’s excitement for the season is contagious.

“I think it should be a pretty good year. We’ve got a lot of really good runners this year,” sophomore Ava Richtsmeier said. “We should have a couple girls make it to state and it should be pretty good.”

The Lions open up their season on April 1 at Central Springs.

Zach and Chris Throne took the challenge of broadcasting Lake Mills' basketball games and creatively made it their own this winter.

Taylor Duncan is looking to bring an alternative form of competitive baseball for those with autism and other disabilities to Mason City.