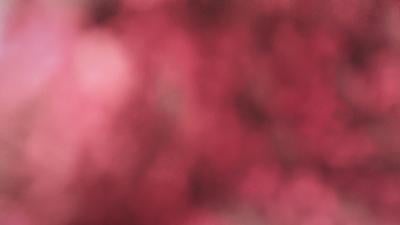 “Bob Sanger was head coach for football and track forever,” Welp said. “He just set that tone of his sports that he coached for the boys that, you know what? This is my expectation. They were successful for many years and we want to keep that going.”

Welp had the chance to learn from Sanger as an assistant coach for a few years. When Sanger began having health problems, Welp had to step in to lead the program in his absence in 2019.

After Sanger’s death, Welp looked to honor his legacy in 2020 by continuing his standard of excellence as head coach. Then, the spring season was canceled due to COVID-19.

A few weeks into practice for the upcoming season, Welp is excited to get that opportunity back.

“Boys track at West Hancock always has a very successful tradition,” Welp said. “We get the kids that come out, multiple-sport athlete kids. They’ve been working hard and I think with missing last year, they’re a little extra motivated to get out there and show some things.”

The Eagles have 37 boys out for track and field this season. While there’s some questions going into the season after missing a year, Welp says he has a good idea of how his team will shape up.

Leading the charge in the sprints is senior Collin Ford. Ford is looking to lead the team and send multiple athletes in multiple events to the state meet.

Outside of Ford, Welp is counting other seniors to lead this team. Some seniors he included as names to keep an eye on include Bryer Subject, Ben Martinez and Cole Schisel.

For now, the seniors are still getting used to the fact that they are now the upperclassmen in the program.

“It’s kind of weird going from a sophomore up to a senior leading the team, when I was just a little sophomore looking up to the seniors thinking, ‘How do they do that?’” Schisel said.

Between a decades-long history of success in the program, and recent success in other sports during this school year, the Eagles are expecting more of the same this spring.

The Eagles open up their season on April 5 in a home meet.

Coach outlook: We are looking forward to having a track season this year! We have a solid team this year and look forward to seeing where everyone can help the team.  We are not sure yet where our strengths will be yet but are liking the effort so far!  Since we haven't seen our guys compete in two years we will be trying kids in lots of different areas to figure out where everyone fits. - Coach Matt Welp 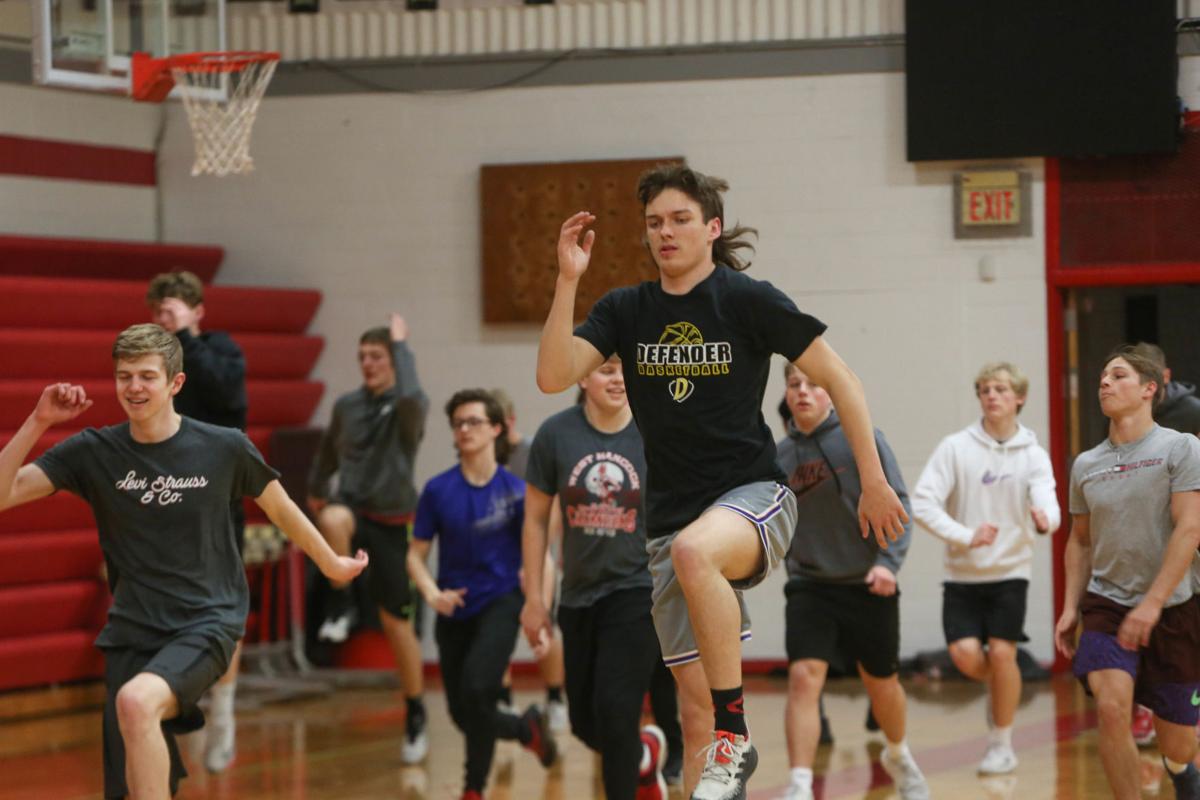 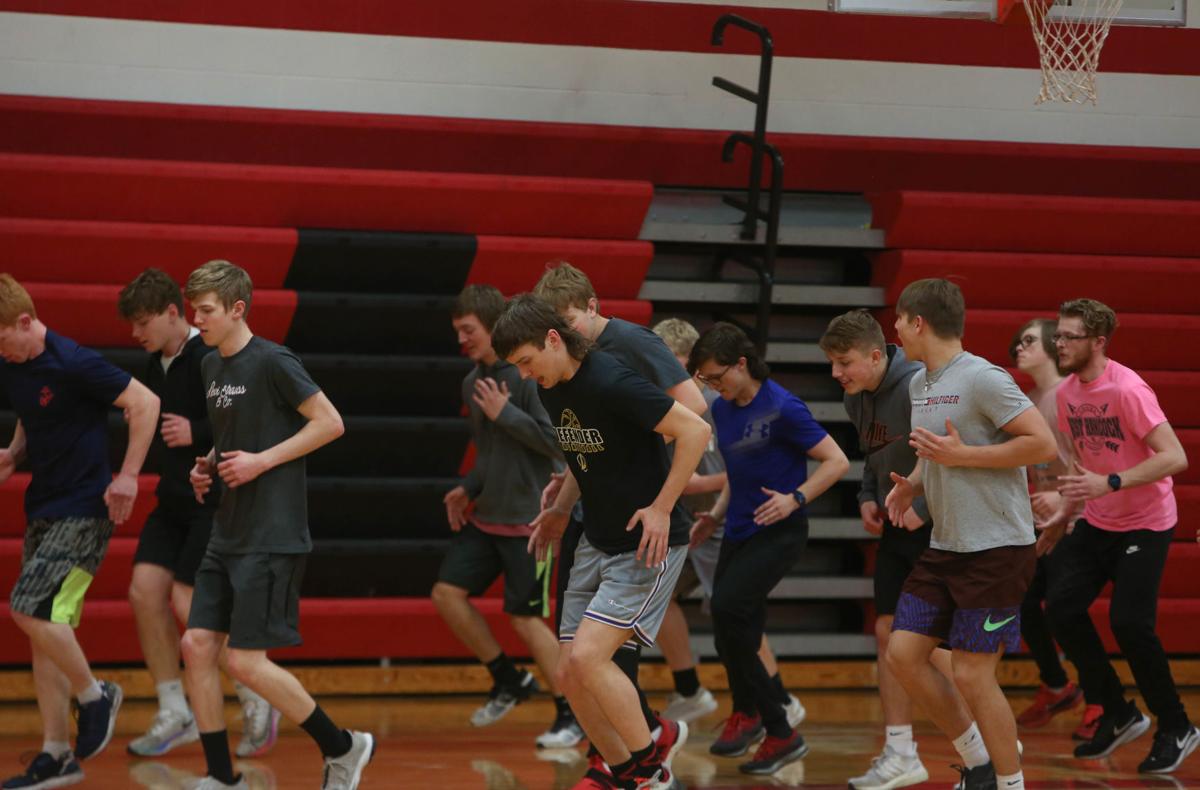 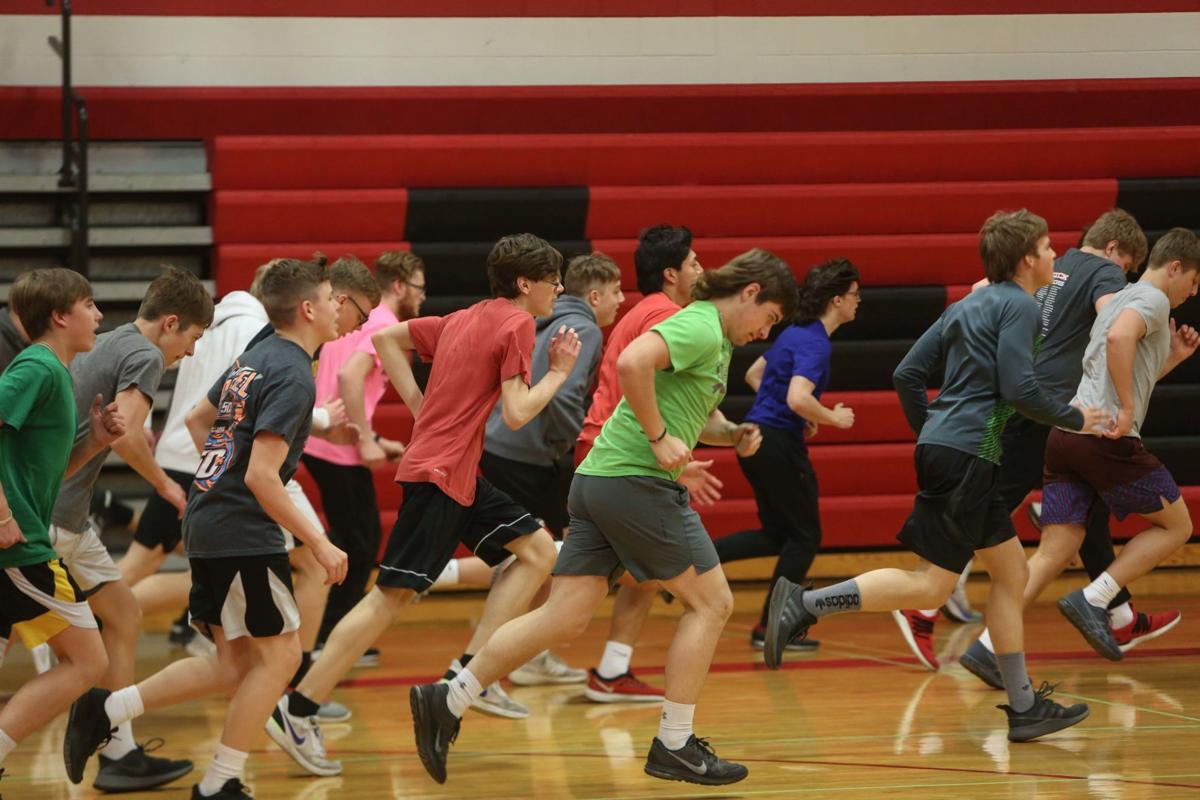 West Hancock boys work on conditioning ahead of the 2021 track and field season.