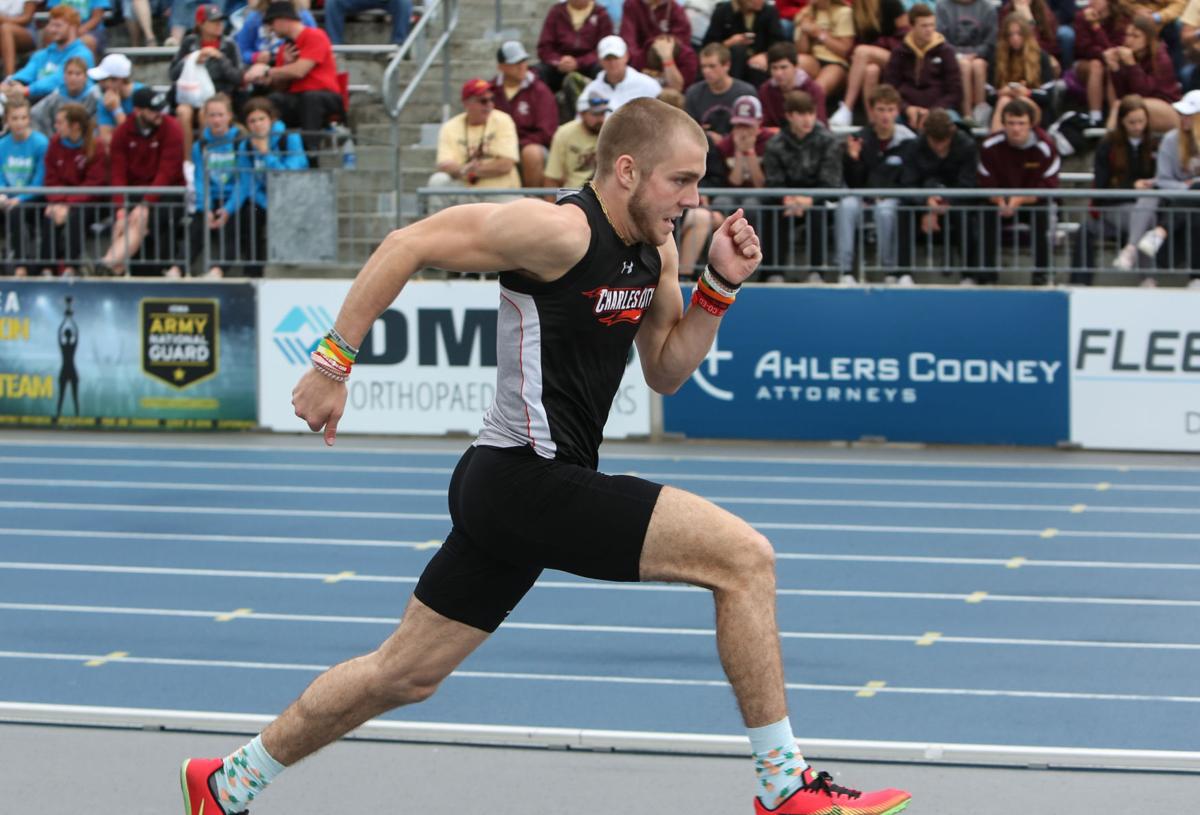 Charles City's Ian Collins sprints toward the sand pit at the 3A boys long jump competition at state track in Des Moines. A senior-to-be, Collins was named as an elite team all state honoree in both jumping events. 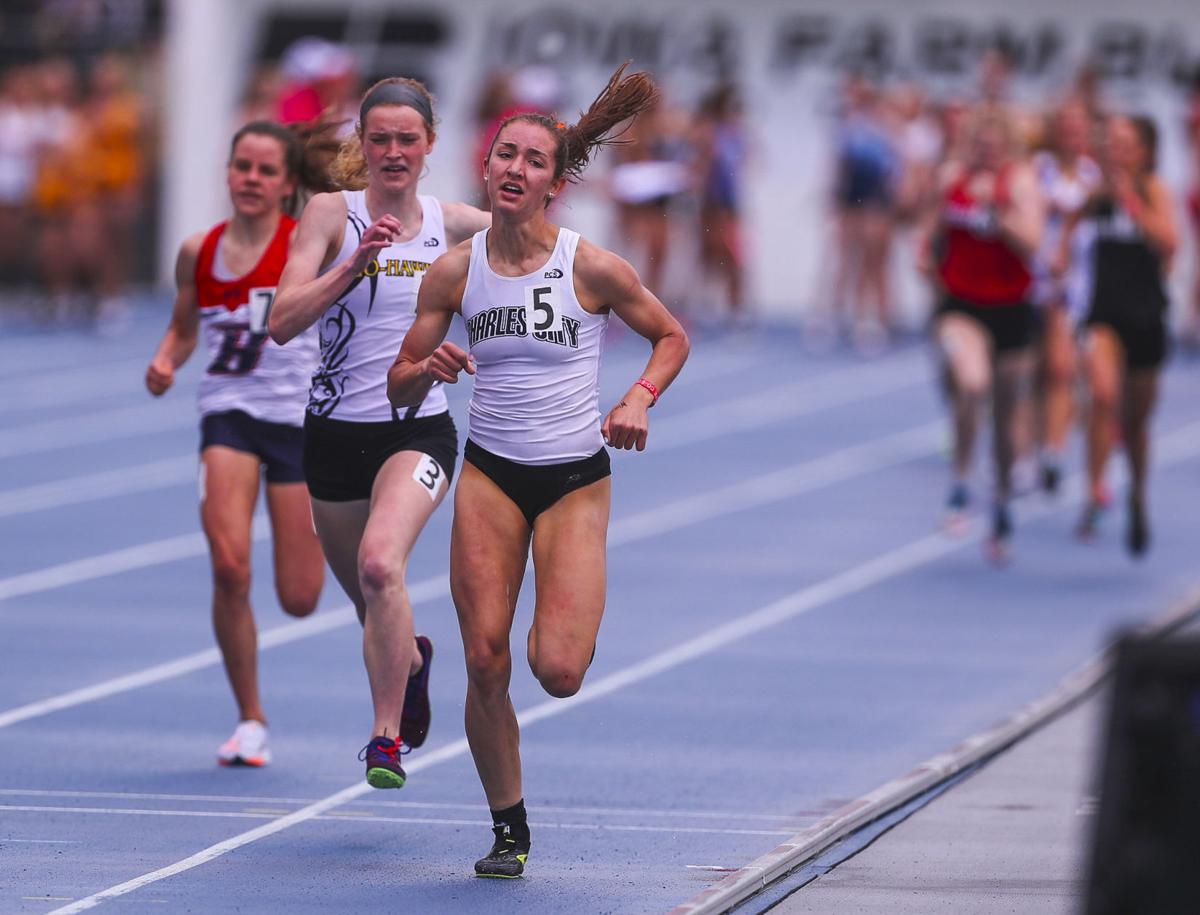 Charles City's Kiki Connell runs in the 1500 meter run at the state track and field championships at Drake Stadium in Des Moines.

Ian Collins left no doubt who was the best jumper in Class 3A. Abigayle Angell was a favorite in the Class 2A discus and walked away with a state title. Kiki Connell overcame her struggles on the blue oval and left with four state medals.

All three of them were recognized as elite team all-state athletes by the Iowa Track and Field Coaches Association (IATC) on Tuesday night.

Collins is the lone area boy on an all-state team representing the 19 total events or an elite team, while Angell and Connell are the lone two on an elite team for the girls. There were a handful of other girls that were selected for all-state honors.

A Charles City senior-to-be, Collins triumphed in the high jump with a career best leap of 6 feet, 9 inches on the first day of state track then the following day jumped 23-00.75 in the long jump to leave Drake Stadium with the double championship.

Angell threw a career best toss of 133-10 on her second throw of the day that was enough to carry the Central Springs senior to her first career state title. She finished eighth in the shot put to leave Des Moines with two medals.

Junior Meredith Street was named as a 2A all-stater after runner-up performances in the 100 and 200-meter dashes. She also had a medal draped around her neck after the open 400 and as an anchor for the Green Devils sprint medley relay.

The shuttle hurdle relay quartet of Ainsley Dodd, Claudia Aschenbrenner, Brooklyn Halbach and Paige Kisley nabbed an all-state honor and left with a state title that was one of the igniters to Osage's third place team trophy, the first in program history.

Is Sean Payton an early frontrunner for Coach of the Year?

Northwood-Kensett would get runners into scoring position on Tuesday night with ease. It couldn't bring them home.

After a one-year break, the traditional Sunday afternoon baseball game between Mason City and Newman Catholic returned in 2021. There were very few empty bleacher seats.

Bennett Suntken had struck out four times. He was far from a threat for Newman Catholic in the batting order on Sunday.

Charles City's Ian Collins sprints toward the sand pit at the 3A boys long jump competition at state track in Des Moines. A senior-to-be, Collins was named as an elite team all state honoree in both jumping events.

Charles City's Kiki Connell runs in the 1500 meter run at the state track and field championships at Drake Stadium in Des Moines.