Meredith Street remained active after the Class 2A 200-meter dash on Saturday afternoon at Drake Stadium, her final race of her prep career. She talked with fellow competitors and did several interviews afterwards.

Her four years at Osage have been like clockwork. And now, it is completed.

Her final two sprinting events – the 100 and 200-meter dashes – weren't the runner-up performances she had last spring, but setting new lifetime bests in both at the state track and field championships was a solid consolation prize.

"All the training I did paid off in the end and I peaked at the right time," Street said. "It really is special."

Eight career state medals were draped around Street's neck as a track and field athlete in three years of competition.

"I didn't know I'd continue to get faster," Street said. "Freshman (year) Meredith would be pretty happy with where she is at right now."

Training and staying on top of things have paved the way for Street to remain in state-medaling shape. She's learned to adjust off days into her schedule so there is no feeling of drainage.

That has paid dividends the more she's matured.

"Just knowing my body and when enough is enough (or) keep pushing," she said.

Her track and field chapter of her high school career has been written. She'll bolt to Northern Iowa and join former teammate Dani Johnson on the Panthers volleyball team.

Yet track will remain one of her favorite sports. And it has delivered a long line of memories.

"For me, track makes you a stronger athlete," Street said. "I'm super grateful I've gotten to participate in this and run against some of the best athletes. I will miss it a lot."

Clear Lake finished tied for sixth in the team race with 32 points. All of them were scored by freshmen.

Its day kicked off with Madison Leisure, Josie Lester, Lydia Brattrud and Reese Brownlee placing fourth in the sprint medley relay, posting a time of 1:51.88. Brownlee got the baton in eighth and worked all the way to top-five.

"We've been friends since I don't know when," Brownlee said. "We push each other and we want the best for each other."

Brownlee's day ended with a sixth place finish in the open 200. Her first year as a high school track and field athlete ends with four medals and a long jump state championship.

Not a bad debut. She doesn't plan on having a sophomore slump.

"It is crazy. I'm relieved and rewarded at the same time," Brownlee said.

Distance runner Addison Doughan fought through a crowded pack of seven for most of the 800 and ended up with an eighth place medal in just under 2:23. Then, she placed fifth in the 1,500 in a new season best of 4:53.16.

Her time at the Drake Relays last month helped her nerves and boosted her confidence.

"It gave me a little bit of a breather," Doughan said. "State is a really big deal and it is scary. It is on the part of my teammates and family to keep me going."

She was leading the chase pack for 75 percent of the 1,500. She felt relaxed in that position of solo fifth and even when she got pushed by Forest City's Lili Nelson over the last two laps.

"I had a lot of support and this is where you let it all out," Doughan said. "I'm going to go as hard as I can."

As Doughan enters her sophomore year, she is planning on training at a higher level to maintain her stature as one of the best distance runners in North Iowa.

To go along with her two medals on Saturday, she also was sixth in the 3,000 during the only day this weekend where the conditions were hot.

Nelson rebounded from a sub-par 800 that placed her outside the top-10 to leave Drake Stadium with her second medal of the weekend and third in her career.

The junior placed top-eight in the two longest distance events. She broke five minutes in the 1,500.

"I felt great the whole way," Nelson said. "It is really hard to feel relaxed in that big of a race, but I actually did. I was mentally super strong."

Osage's Katelyn Johnston held off a challenge from Mid-Prairie's Sydney Yoder to place seventh and exit with a pair of medals.

Central Springs' girls shuttle hurdle relay was seeded 19th coming into the state meet, but walked away with a sixth place finish after running a lifetime best of 1:09.89.

For the boys, Bryce McDonough finished fourth in the 1,600 to garner his second state track medal. After coming into the weekend without one, he departs with two.

"I'm still trying to fathom I'm done with this sport and it is really hard to grasp," McDonough said. "I'm just really happy."

Since he knew the two Des Moines Christian standouts would go out together, McDonough stuck with Tipton's Clay Bohlmann for the majority of the race. It proved to be the right call.

Clear Lake's boys team qualified all seven relays and medaled in three of them. To go along with the 800 relay on Friday, its 400 and 1,600 quartets placed top-eight on Saturday.

LJ Bryant was thrusted into the 400 relay with Alex Kerr out. He was ready for the challenge.

"I was excited to get here and do to my thing," Bryant said.

The Lions finished tied for 10th in the team standings with 21 points. Zeke Nelson placed fifth in the 110 high hurdles to exit as a double medalist in both hurdle events.

At this point in the recruiting process, Ian Collins knew that getting a scholarship wasn't in the realm of possibility. If he wanted to conti… 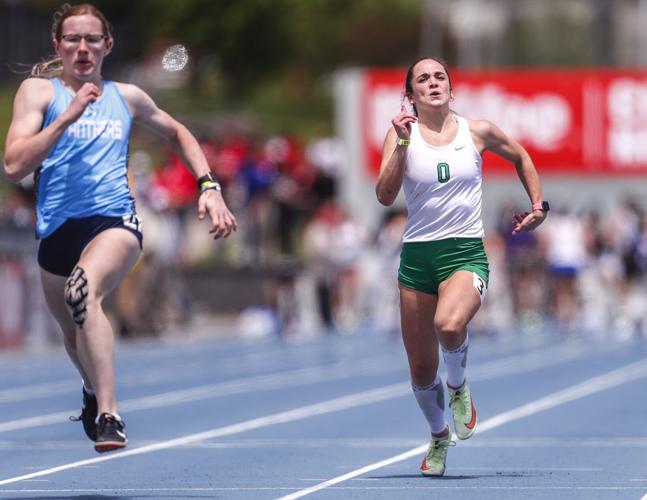 Osage's Meredith Street runs in the 100 meter dash during the Iowa High School track and field championships at Drake Stadium in Des Moines on Saturday. 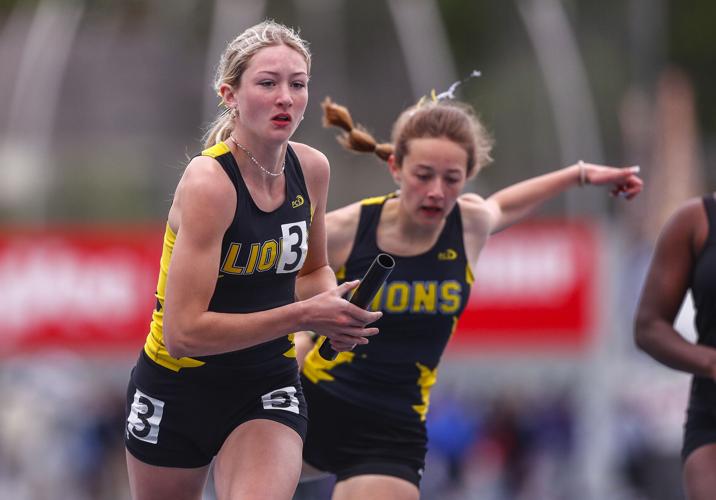 Clear Lake's Reese Brownlee gets the handoff from Lydia Brattrud in the sprint medley relay during the Iowa High School track and field championships at Drake Stadium in Des Moines on Saturday. 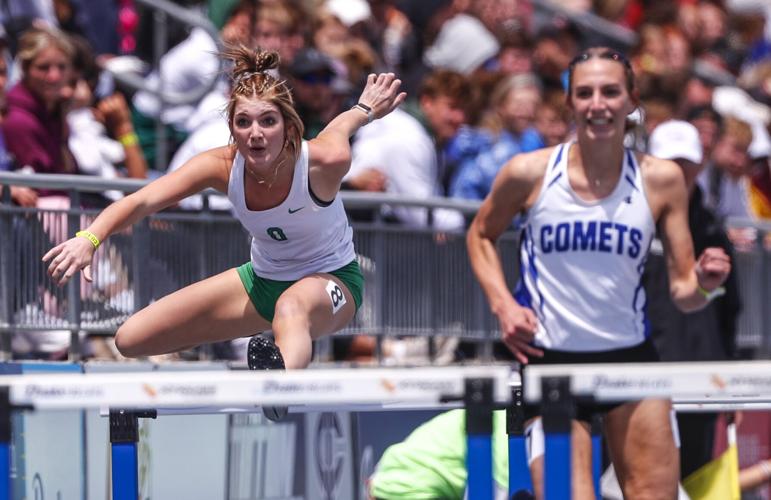 Osage's Brooklynn Halbach runs in the 100 meter hurdles during the Iowa High School track and field championships at Drake Stadium in Des Moines on Saturday. 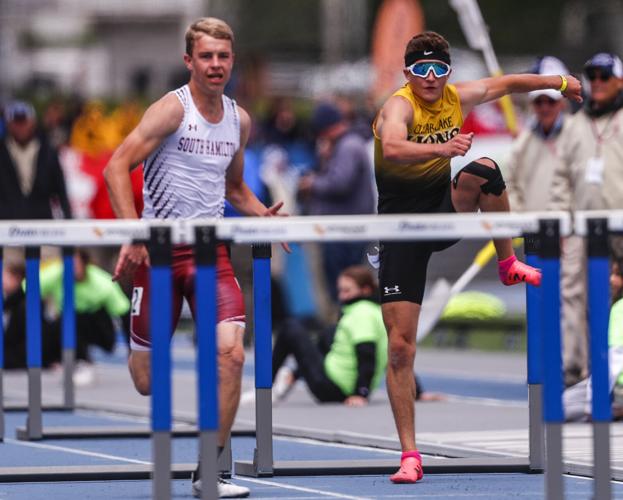 Clear Lake's Zeke Nelson runs in the 110 meter hurdles during the Iowa High School track and field championships at Drake Stadium in Des Moines on Saturday. 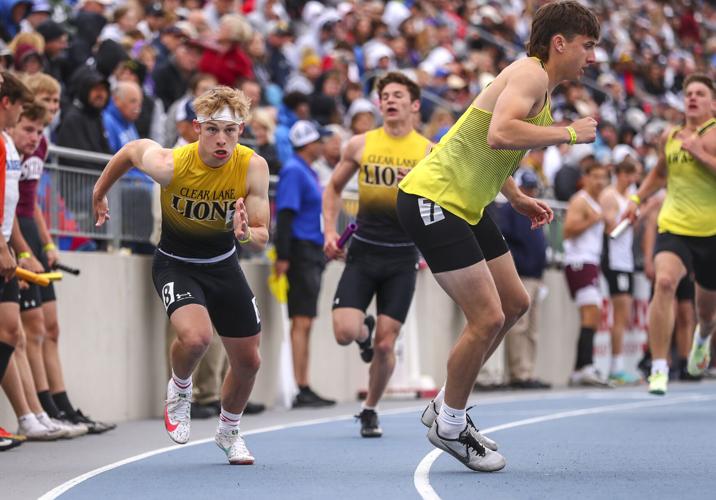 Clear Lake's Tanner Reimann awaits the handoff from Alex Kerr in the sprint medley relay during the Iowa High School track and field championships at Drake Stadium in Des Moines on Saturday. 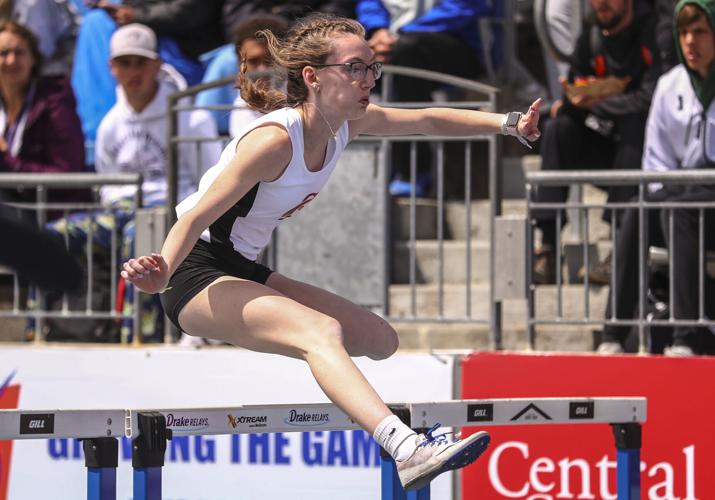 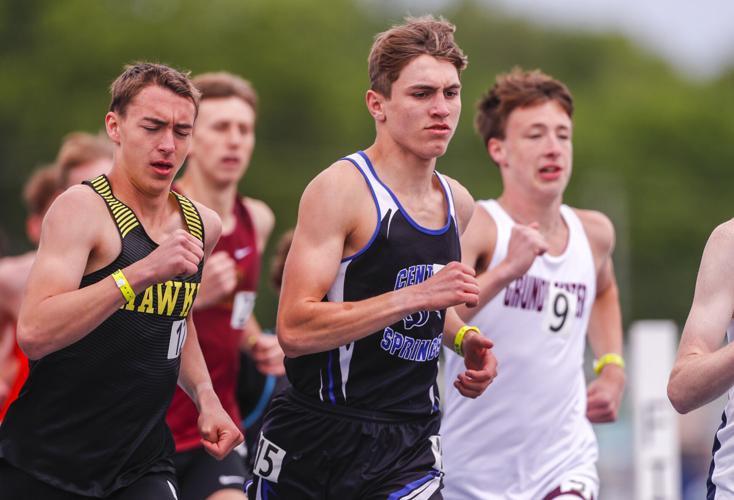 Central Springs' Bryce McDonough runs in the 1600 meter run during the Iowa High School track and field championships at Drake Stadium in Des Moines on Saturday. 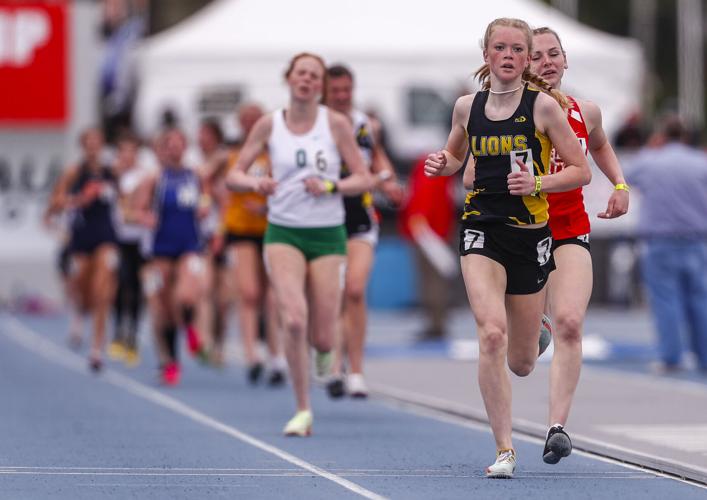 Clear Lake's Addison Doughan runs in the 1500 meter run during the Iowa High School track and field championships at Drake Stadium in Des Moines on Saturday. 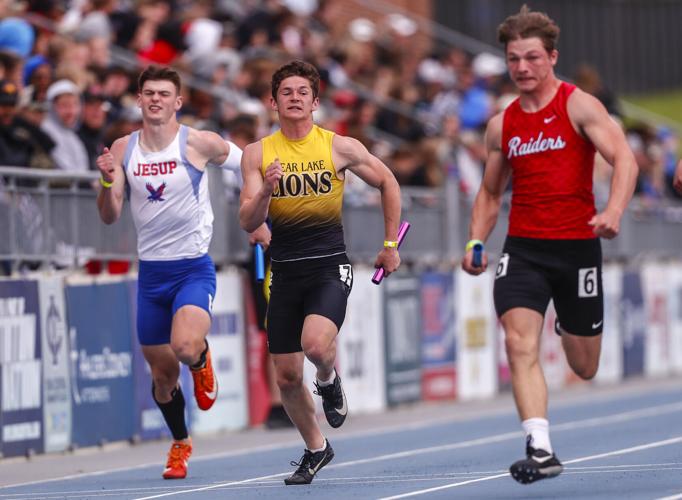 Clear Lake's Tanner Reimann runs the anchor leg of the 4x100 meter relay during the Iowa High School track and field championships at Drake Stadium in Des Moines on Saturday.