Behind two straight set victories in doubles, Class 2A No. 7 Mason City broke a 3-3 tie after singles to triumph over Cedar Rapids Kennedy 5-3 in a preliminary substate match at Mason City High School on Friday afternoon.

The River Hawks reward is a date with top-ranked Iowa City West on Wednesday in the substate final.

Justin Yarahmadi (No. 2 singles), Zach Mulholland (No. 3) and Lane Kruger (No. 4) all won in two sets to combat the loss of Sander Thompkins at No. 5 singles, who did not play due to sickness.

Odnel Daugherty filled in a spot at No. 2 doubles with Mulholland and Ben Lorence was paired with Kruger at No. 3 doubles. Those two tandems cruised to sweeps to give Mason City the team victory.

It marks the second straight year the River Hawks have won at least one postseason match as a team.

Meanwhile in Class 1A, Waverly-Shell Rock was victorious over Clear Lake 5-1 in its prelim substate match. No doubles matches were played as the Go-Hawks won five of the six singles matches.

Cabot Neuberger picked up a straight set win at No. 3 singles for the Lions. Nos. 5 and 6 singles went to three sets that were ultimately won by WSR. Clear Lake's Jack Crane (No. 5) and Carter Markwardt (No. 6) won the first set, but dropped the final two.

This has been updated to correct the error of the location of the Class 1A state tournament. The correct location is Byrnes Park in Waterloo.

WATERLOO – The stay at Byrnes Park for Clear Lake's doubles tandem of Jaxson Gerhardt and Ben Loge was short-lived.

All in the Family: Uncle, Nephew battle it out on the court

A group of class 1A boy’s prep tennis players took the courts at the Aplington Tennis Complex on a windy, cloudy and cold afternoon Monday.

River Hawks dealing with bounty of tiebreakers in limited matches

To make up for a handful matches lost by the abnormal spring weather, Mason City's boys tennis team has been playing in plenty of tiebreakers. 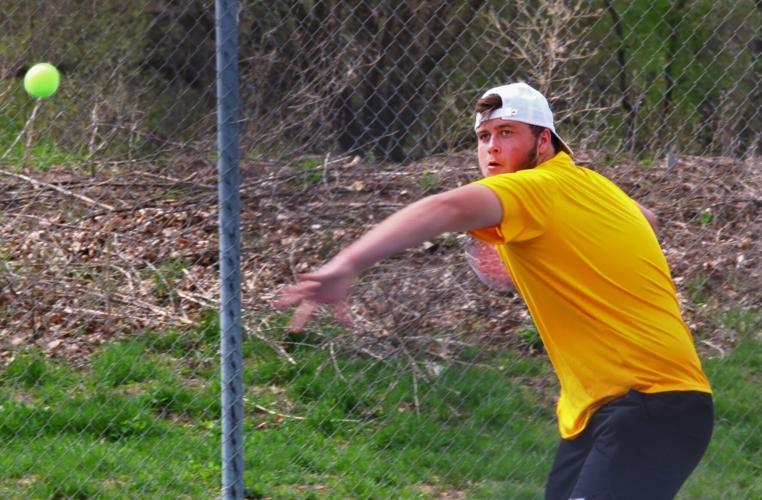 Clear Lake senior and No. 1 tennis player Jaxson Gerhardt prepares for a forehand shot in his match against Waverly-Shell Rock's Benny Ramker during a Class 1A preliminary substate match at Clear Lake High School. 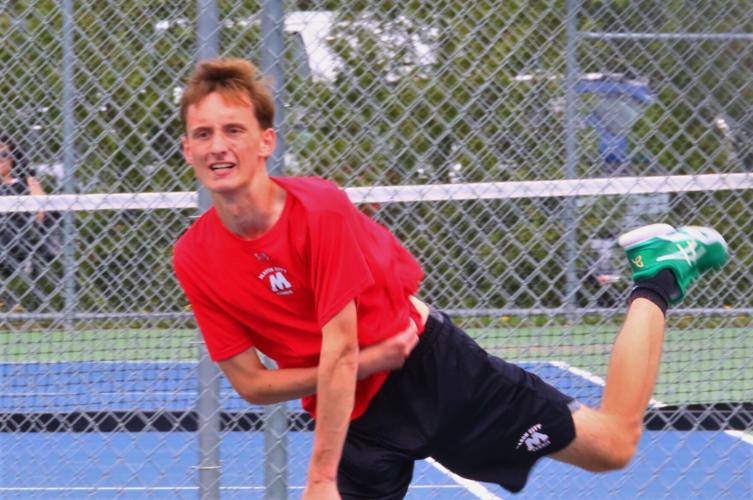 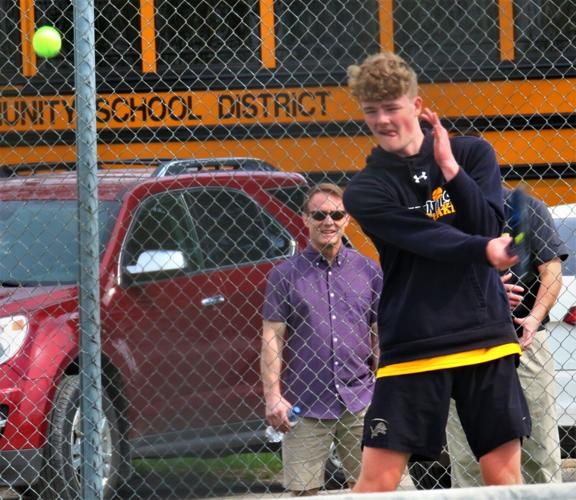 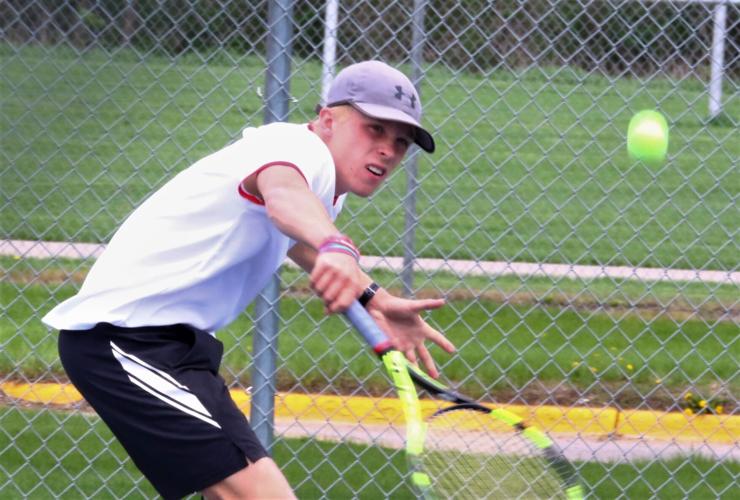