The Mohawks had a goodbye ceremony for the team's seven seniors on senior night. It was also the last girls varsity swim meet at John Adams Middle School pool -- Mason City swimming's home for the last 51 years.

"I think it's so fun that someday, I'll be able to tell people that I was in the last race at JAMS," sophomore Grace Hehr said.

In the pool, Mason City was overpowered by defending state champion Ames. The Little Cyclones won the dual by a final score of 70-32.

"You can see that they have been state champions for six of the last seven years," Mason City head coach Steve Hugo said. "They've still got a lot of power left. They are good."

The Mohawks picked up an individual race win, a relay race win and junior Rosa Monarch won the diving. Monarch finished with a final score of 221.85, which was nearly 40 points better than the next-best finisher.

Sophomore Aspen Cole was the lone individual race winner. She recorded a win in the 100-yard breaststroke with her time of 1 minute, 10.41 seconds.

The team of Taylor Halverson, Kate Edgerton, Marie Manternach and Jenna Braun won the 200-yard freestyle relay in 1:50.06 for the Mohawks.

The Mohawks also finished second in the 400-yard freestyle relay and the 200-yard medley. Hehr was second in the 100-yard backstroke as well.

With the addition of the new pool at the Mason City High School slated for completion in the fall of 2022, Tuesday's meet was the last girls meet at John Adams.

Of course, Hugo will coach the boys team in the winter. But it still hit him that this was the last time he'll coach the girls in a meet at the pool where he's been coach for 37 years.

"I just keep walking around here and looking and thinking," Hugo said. "Man, this is just going to be a whole different environment next year. It's like living in a tiny town and then moving to a big city."

For his performance over the weekend, Hunter Garvey was awarded the NAHL Bauer Hockey Central Division Star of the Week. 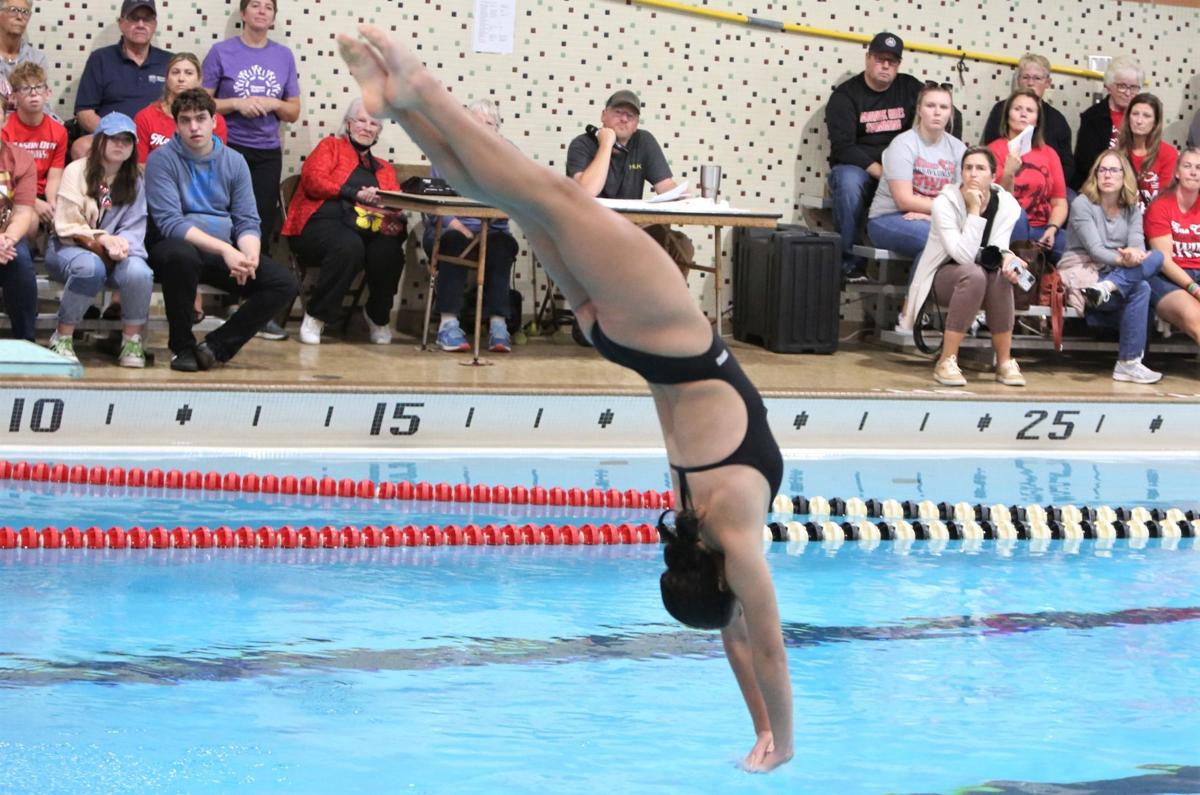 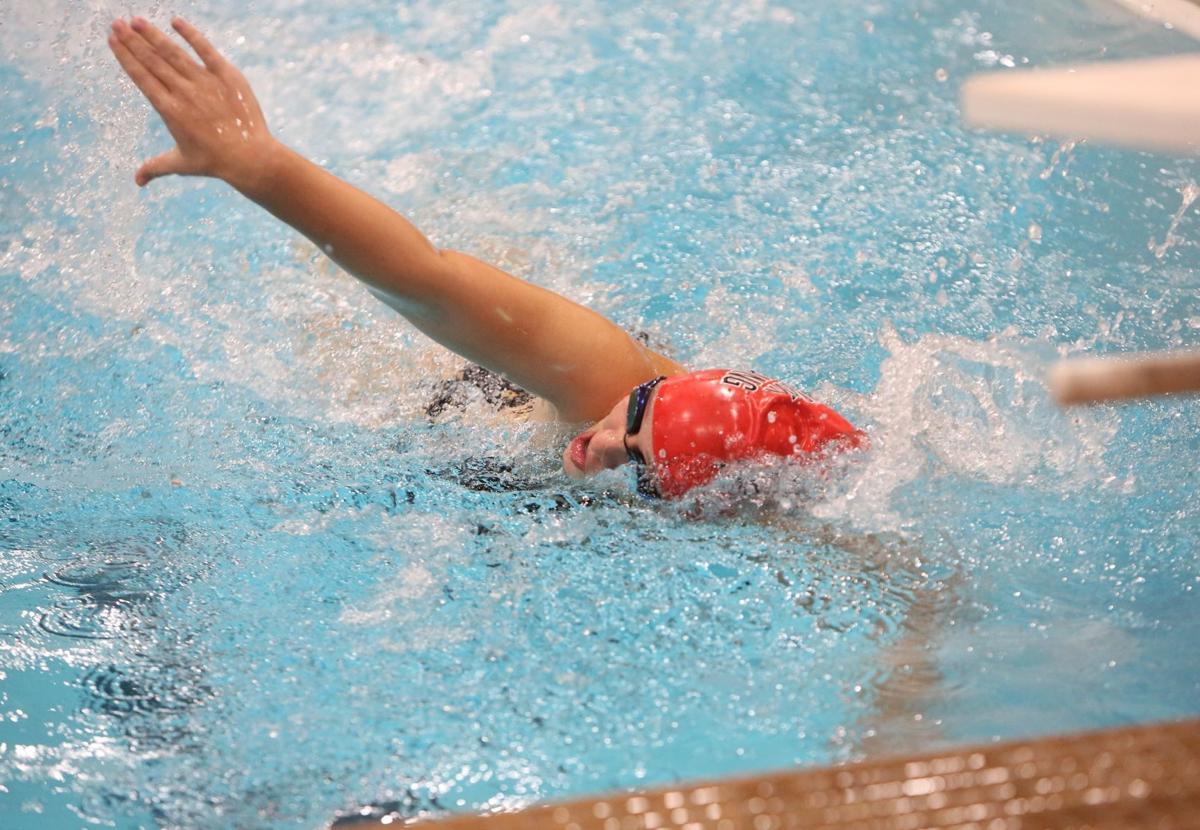 Junior Jenna Braun finishes her race during a meet against Ames in Mason City on Tuesday. 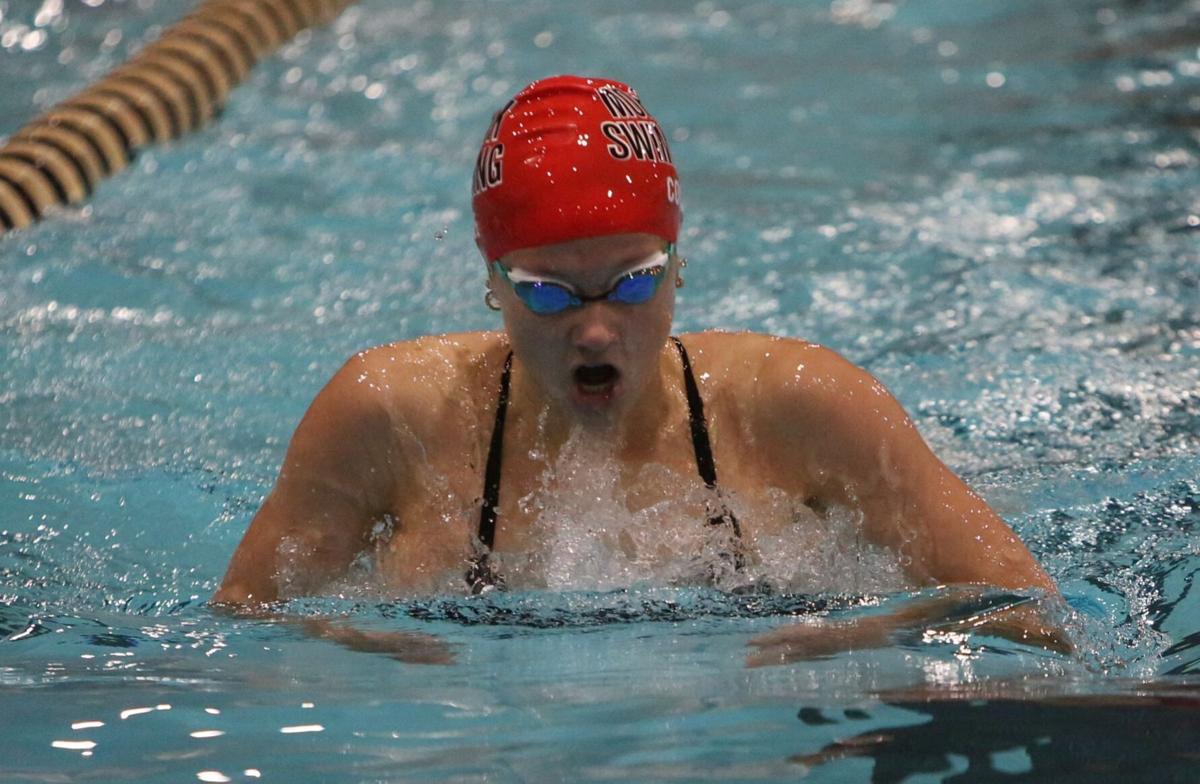