Kate Edgerton makes the trip from Lake Mills to Mason City at least once a day during the week for swimming practice.

Sometimes, she'll do it twice in a day.

The trip from Lake Mills to Mason City is roughly 40 minutes. If she makes the trip twice in one day, for a practice in the morning and a practice at night, she'll spend nearly three hours of that day in the car.

But she doesn't mind.

The Mason City swimming team has always taken in swimmers from surrounding smaller area schools. But Edgerton, a senior, is the only one from Lake Mills.

"That takes some real dedication of the parents," Mason City head coach Steve Hugo said. "I don't think she drove when she was a freshman. I think mom brings her over most mornings, too."

She's also one of the best swimmers on the team. Mainly specializing in the freestyle and backstroke races, Edgerton qualified for state last year in the 100-yard backstroke and two relays races.

And she's loved every second of her four years at Mason City.

"It's been an amazing experience being the only Lake Mills student to swim for Mason City," Edgerton said.

Edgerton has always enjoyed swimming, as it's always been a part of her family. Her mom was a lifeguard and a swim coach during the summer. Her great grandma was a diver.

Maybe she was born to be a swimmer.

And her time in the pool isn't over when this season wraps up. Edgerton is committed to swim at St. Cloud State University, an NCAA Division II swimming program.

"I am anxious to see how well she does there," Hugo said. "It's going to be a different coaching environment, so we'll see how she handles that."

Edgerton says she committed to St. Cloud State because of the atmosphere, the coaching staff and how much it cares about academics as well as athletics.

"It was a pretty tough decision, but St. Cloud, my grandma went there," Edgerton said. "It's pretty neat to go to the same school. I'm very excited."

With the commitment she's shown in high school traveling nearly 700 miles in one week just for swimming, Hugo is confident Edgerton will be great for the Huskies in college.

"I probably won't worry about her too much," Hugo said.

"Mom won't be there to wake her up though, I know that," Hugo joked. "Of course, she comes on her own quite often, too. I'll keep track of her."

Before her collegiate career can start, Edgerton and the Mohawks still have a couple of more weeks of crucial meets before the season finishes up.

And Edgerton has some important goals to check off her list.

"Backstroke isn't too hot this year, but I'm hoping to make it to state in all three relays and maybe the 50-free," Edgerton said.

The Mohawks will race at the CIML conference meet at 5:30 p.m. next Thursday at Marshalltown.

For his performance over the weekend, Hunter Garvey was awarded the NAHL Bauer Hockey Central Division Star of the Week. 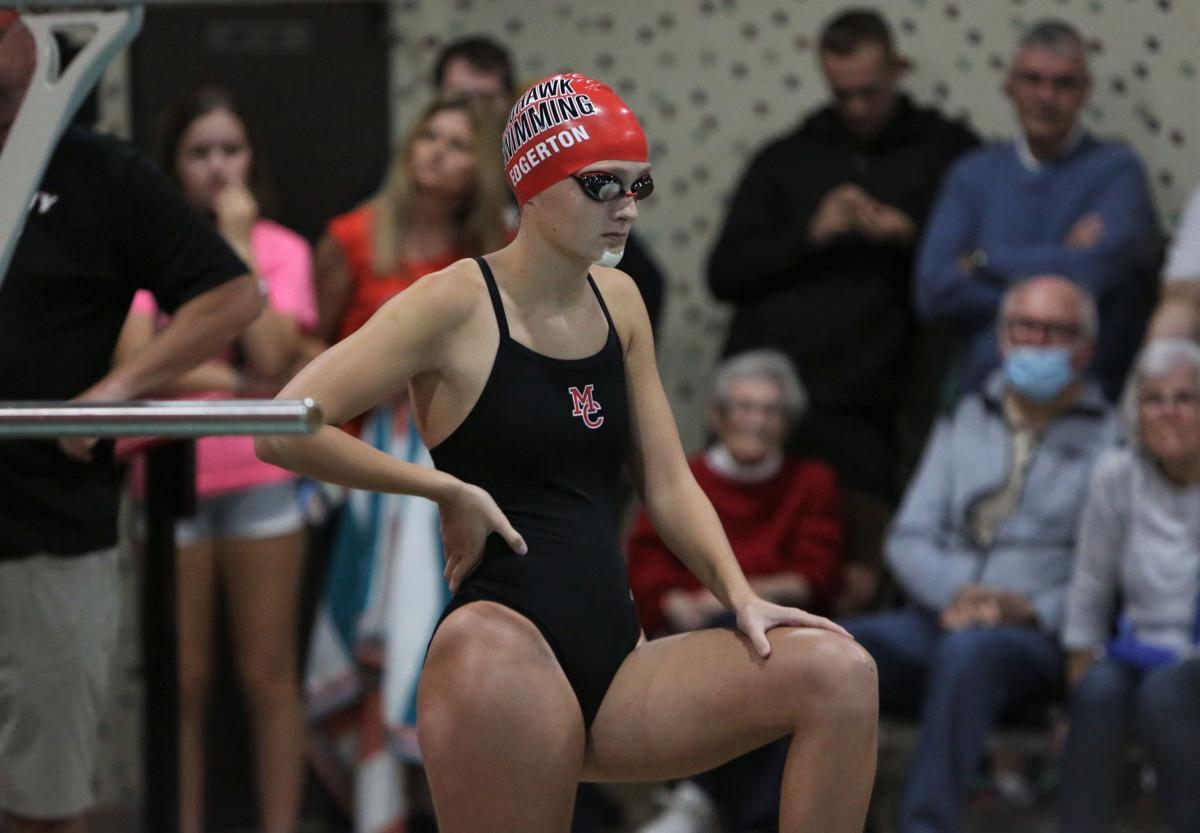 Kate Edgerton readies herself for her final swim of the night for Mason City during a meet against Ames at John Adams pool on Tuesday. 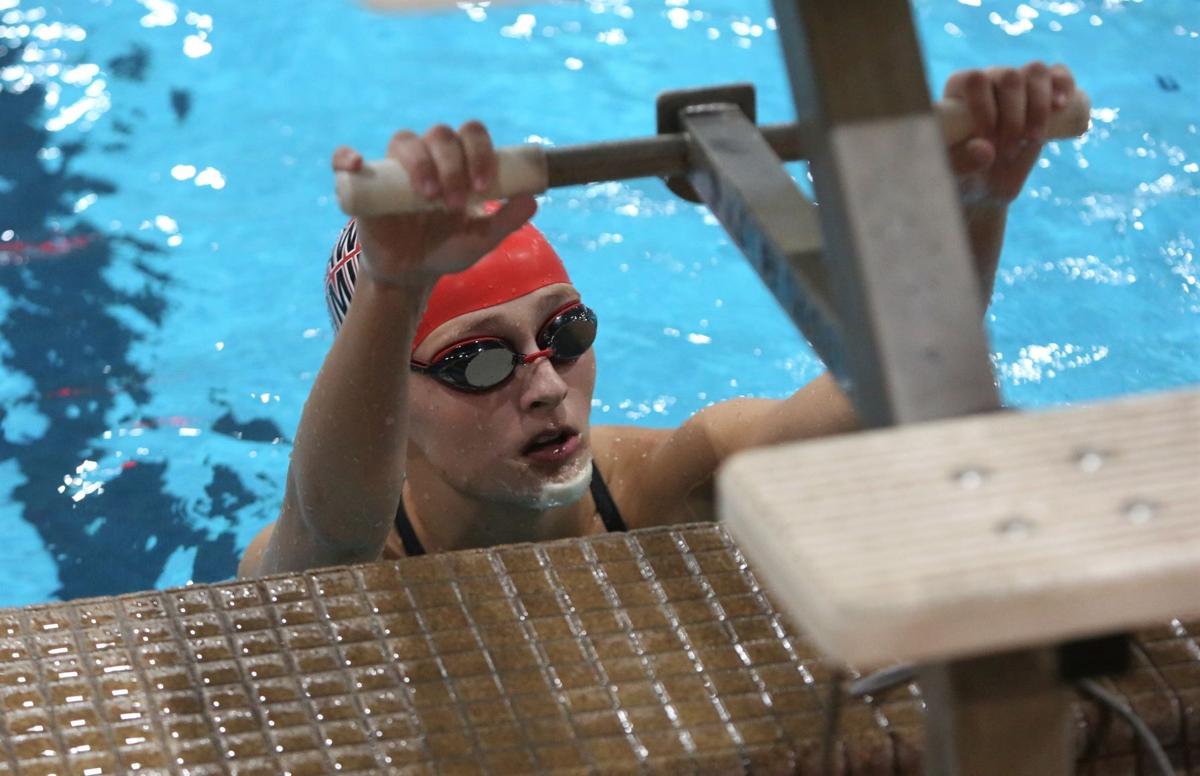 Senior Kate Edgerton finishes her first race for Mason City at a meet against Ames at John Adams pool on Tuesday.