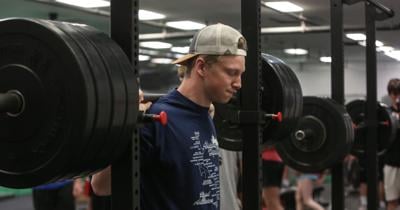 While most of Mason City sleeps, a small group of athletes prepare to get to work.

It’s 5:45 a.m. on Monday morning at The Yard, a baseball, softball and strength facility located in the middle of Mason City on the south end of a large building that also houses Rhythm Church.

The group of athletes, comprised of primarily Mason City and Newman Catholic preps, are preparing to test out their growth in strength and conditioning by maxing out on squat and broad jump.

The Yard is owned by Adam Gold, who primarily focuses on the baseball and softball side of things. He works with athletes to grow their skills on the ball-fields of North Iowa.

“It’s just amazing. It was always fun, no matter how many kids we had,” Meyer said. “But now with the growth, the buy-in and the culture here is just unbelievable. There’s nothing like it. You’ve got to go to Des Moines or Minneapolis to get a feel like this.”

The Monday morning test out session ended up showing the culture that Meyer spoke passionately about. Many athletes finished by squatting over 300 pounds, while the rest of the group enthusiastically cheered and encouraged.

You can expect similar results at Tuesday morning's session and the session on Wednesday afternoon.

The number of members in the strength and conditioning program has grown from 28 in the spring of 2020, to 99 members today.

But why has that number jumped so significantly?

When COVID-19 hit, many of the high school gyms were forced to shut down. Not The Yard. Meyer safely led small groups throughout the pandemic, which resulted in more members joining in order to stay active and not regress athletically.

“A lot of that transitioned from the core group of Newman kids,” Meyer said. “They just started to get their buddies going. A lot of it was word of mouth and the kids just partnering up with each other and making kids come here and holding kids accountable.”

Meyer has worked with many of the best athletes in the area over the past six years. He’s worked with seven Division I college athletes, including two that were at Monday morning’s session – Doug Taylor and Max Burt.

The pair of Newman Catholic sophomores are baseball standouts both committed to the University of Iowa’s baseball program. Burt, whose been working out at The Yard since middle school, says a large part of his success can be attributed to his work at the facility.

“If you come in and get your work done and you work hard, those types of things can happen,” Burt said. “I know without Cody, lifting here and working out hard, I don’t think any of that would be possible. I owe a lot to him for sure.”

Many of the athletes that Meyer and Gold have worked with went on to succeed at multiple levels, which could also be a factor in why the memberships have risen.

“It’s 2021. It’s kind of past the time for having high school coaches just doing their own weight room program,” Meyer said. “I think parents know that and I think kids know that, especially with social media giving the variable of actually seeing the benefits of having a strength and conditioning coach.”

So while much of the rest of Mason City catches its final 'Z's' in the morning hours, you can count on athletes at The Yard to be up and at it.

It's just what they do.

Chase McCleish: A look into the NIACC wrestler's amazing journey

Chase McCleish is a successful freshman wrestler at NIACC. The Newman Catholic grad has had quite the journey – and one impactful reason for being back in Mason City. 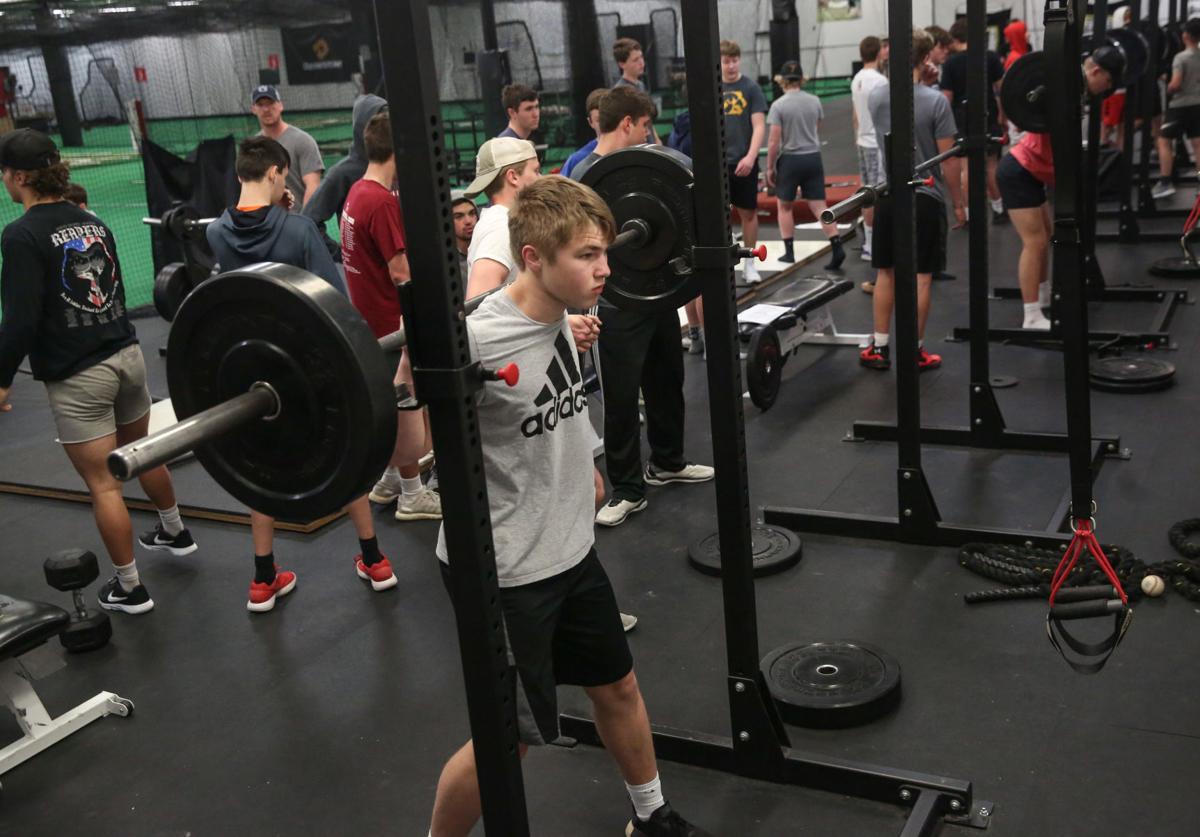 Several weight-training stations are used by the student-athletes at a conditioning session at The Yard in Mason City on Monday morning. 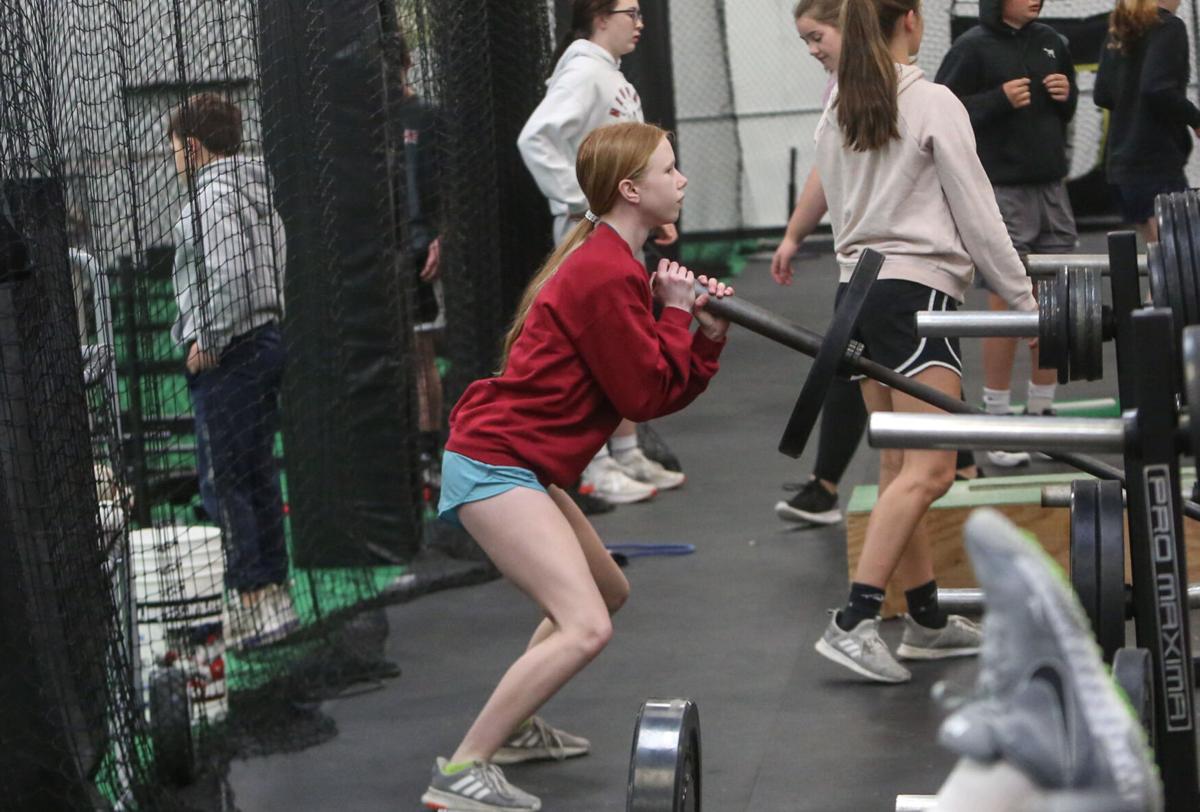 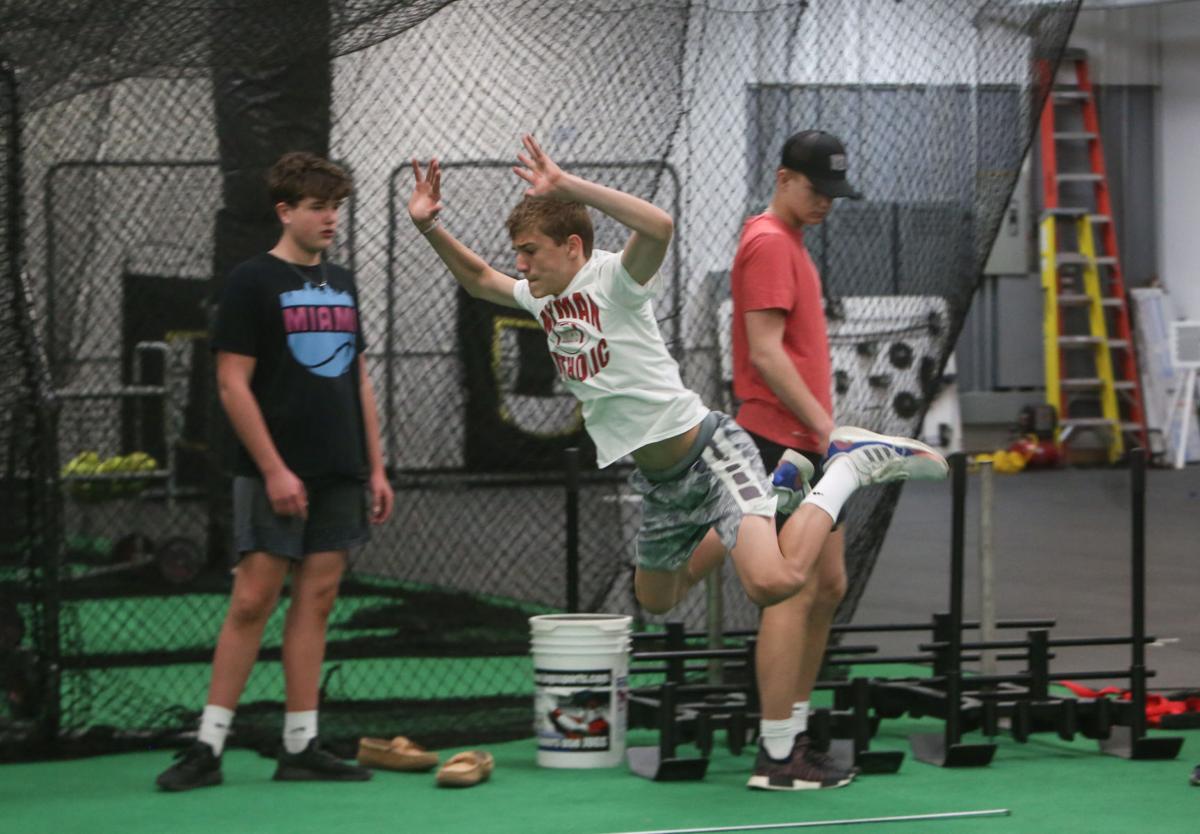 Students practice the long jump at The Yard in Mason City on Monday morning.