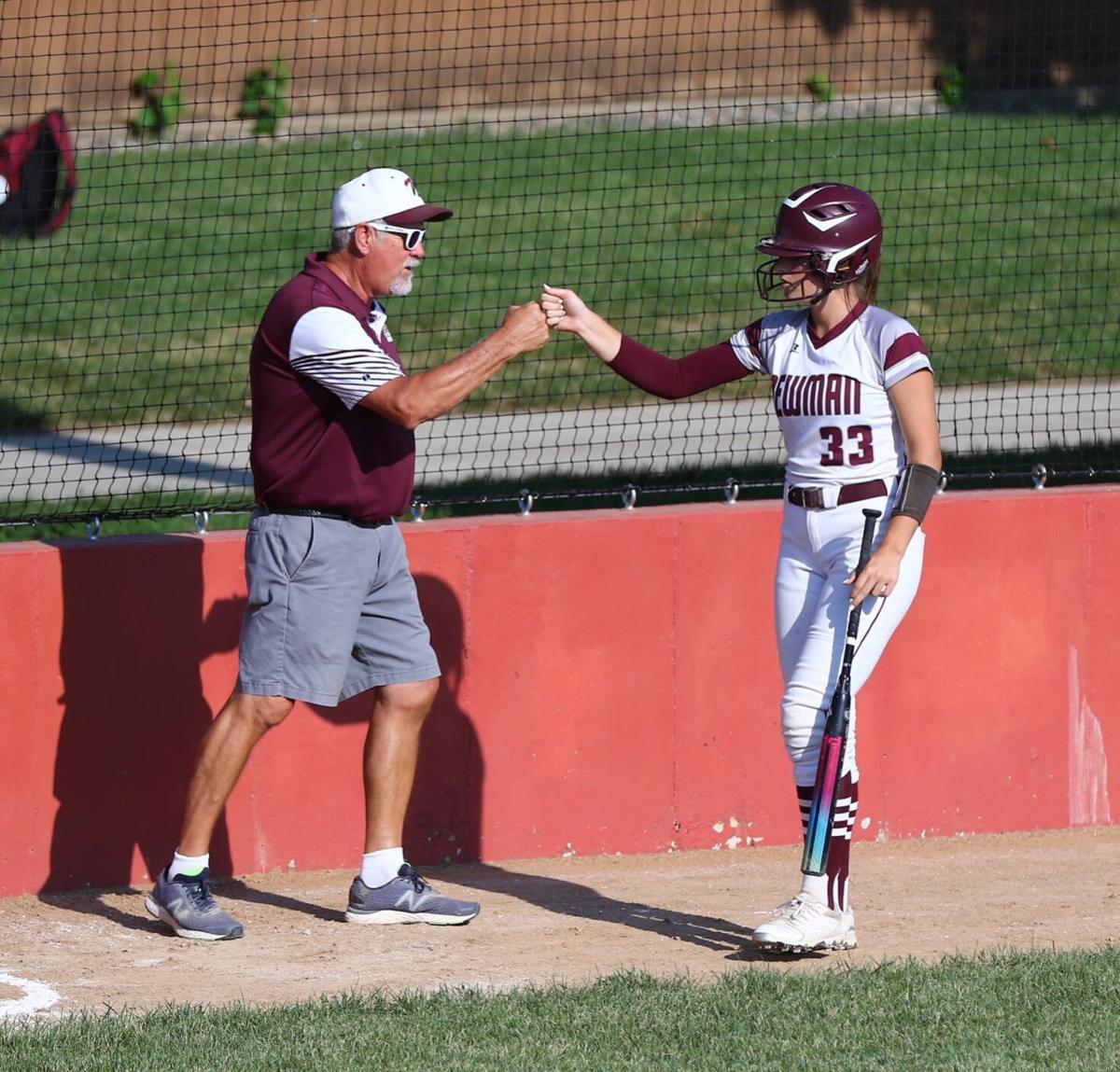 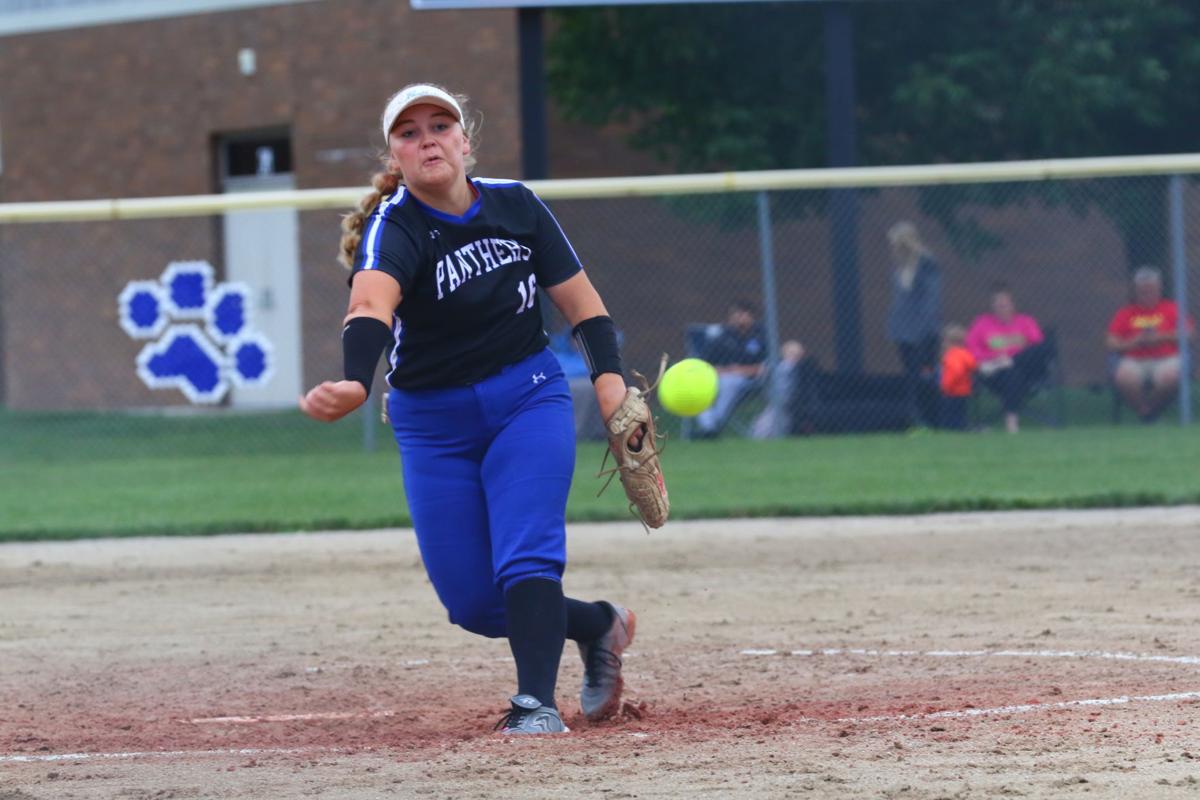 Cooper Klaahsen delivers a pitch in a 12-1 Class 2A regional quarterfinal win over Manson-NW Webster earlier this season.

The Iowa Girls Coaches Association (IGCA) released its all classification all-district teams on Monday morning. There is plenty of North Iowa flavor doused in four of the five classes.

Eighteen total players were named to the teams that are broken down by region. Newman Catholic and St. Ansgar (Class 1A) as well as Central Springs (Class 2A) each led the area with three selections each.

The Knights had all-conference first team members Kealan Curley, Ellie Determan and Faith Wadle make the 1A North Central team and were joined by the Saints trio of Taylor Hanna, Hali Anderson and Brooklyn Hackbart.

Joining those six on the North Central team were Northwood-Kensett's Kayla Senne, Rockford's Gabby Keith and Riceville's Josie Gansen. All three of them are seniors.

Newman Catholic's Tom Dunn, who reached the 1,000 career win plateau in the regular season finale against St. Ansgar, was named the district's coach of the year.

The Panthers had the Top of Iowa East player of the year in Kaylea Fessler plus ace Cooper Klaahsen and catcher Madisyn Kelley make the Northeast team in 2A.

Also in 2A, Lake Mills sophomore Madison Edwards and West Fork eighth grader Libby Trewin were selected for the Northwest team. Trewin was the lone eighth grader named to that team and was one of two players that hadn't stepped foot in high school to be named all-district in 2A.

Hampton-Dumont-CAL's Avery Hanson, Clear Lake's Annika Nelson and Forest City's Ellie Caylor all are representatives for the 3A Central team. Charles City's Rachel Chambers is the final area player, put on the 4A Northeast team.

Photos of all 18 players from North Iowa that were named to the IGCA All-District teams released on Monday.

Cooper Klaahsen delivers a pitch in a 12-1 Class 2A regional quarterfinal win over Manson-NW Webster earlier this season.