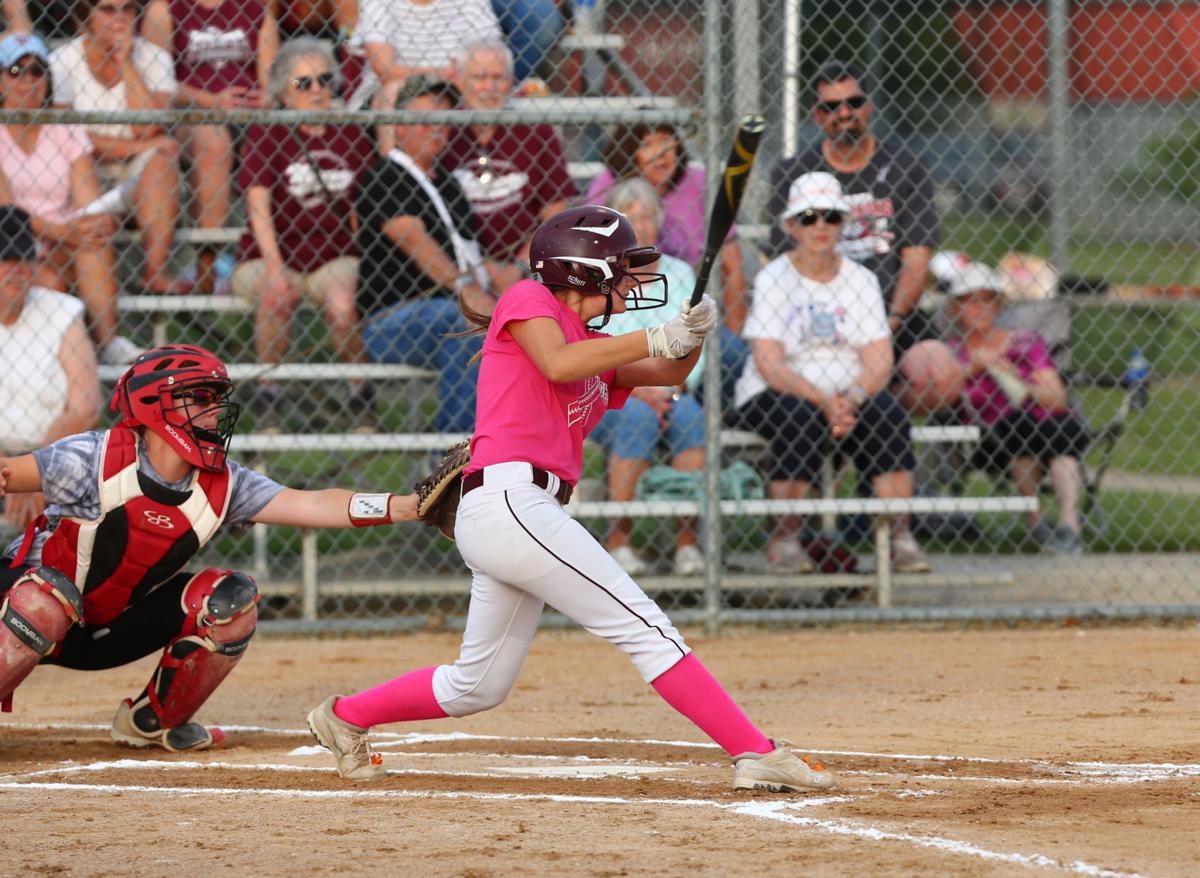 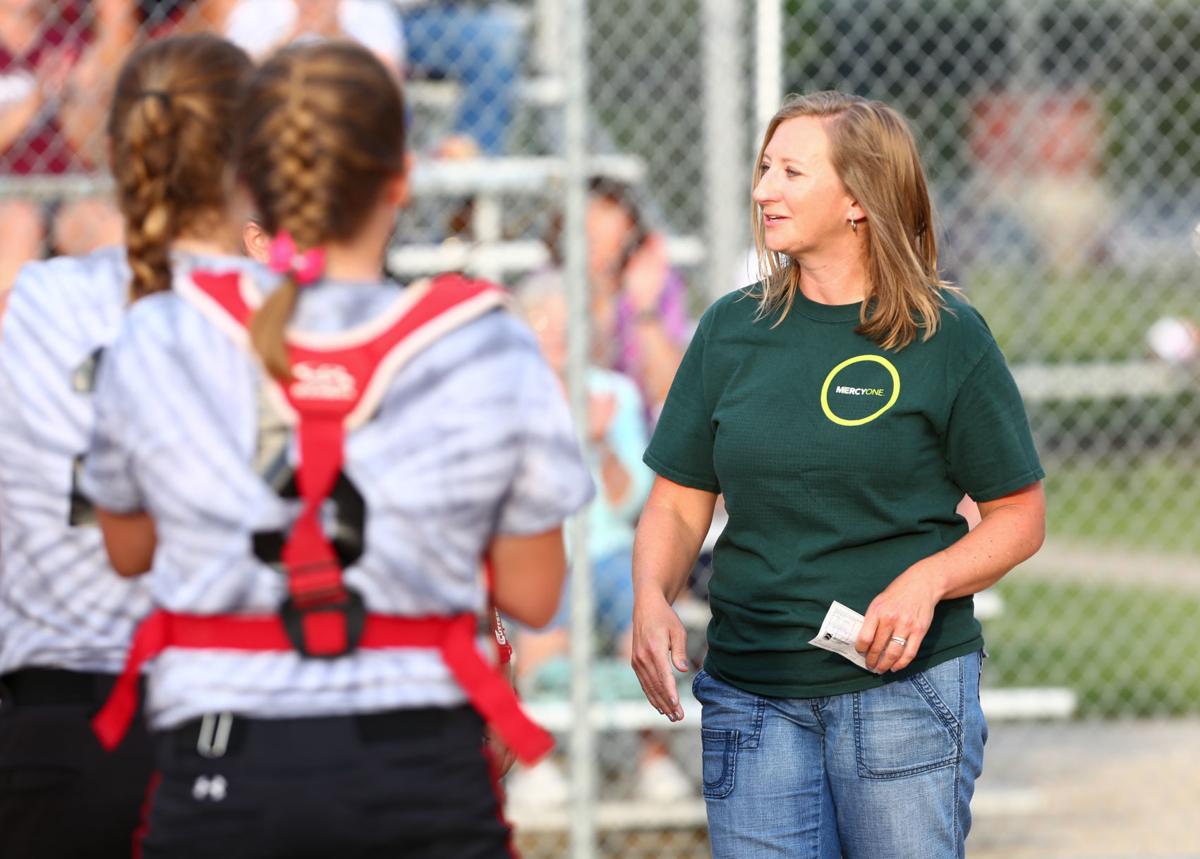 Mason City High School softball presents a check for $1,500 to MercyOne Cancer Center as part of Coaches for Cancer night. Proceeds from each year's designated game are donated.

The stands were packed at Mason City High School on Tuesday night as the Mohawks softball team prepared to take on rival Newman Catholic.

The Knights were wearing special pink uniforms, while Mason City wore gray. And while dark storm clouds began to gather above the field, nobody left early on this special night.

Tuesday was Coaches vs. Cancer night at Mohawk Field.

A silent auction was held, with proceeds given to the American Cancer Society. Special bracelets were sold to raise funds for Humboldt senior Ashlyn Clark, who is currently battling stage 4 Lymphoma.

The crowd was happy to help, placing bids on items and buying out the stock of bracelets. Before the game, a check was presented to Mason City’s MercyOne Hospital to help pay for cancer treatments.

Since they played Humboldt early in the season, Clark has been on the Mohawks' minds. She was diagnosed just days before the teams faced off and the experience made a big impact on the Mason city softball team.

“We found out the day we played them,” senior Anna Lensing said. “Their coach told us that she’d just found out the day before. She was playing the next day, against us. It was crazy to see her out there after finding that out.”

On Tuesday night, the Mohawks played well, as they beat Newman Catholic 5-0. Both teams showed their support for Clark and for cancer survivors, and according to Lensing, the fundraising and the atmosphere at the ballpark was touching to the team.

They know that the softball community will always have each other’s backs.

“It means so much,” Lensing said. “It’s just so overwhelming sometimes how close everyone is, and the support we have for one another.”

Aside from the auction and fundraising, Tuesday was meaningful to both teams for the city bragging rights. Fans were lined up in the outfield to watch the River City rivalry, and the Mohawks fans went home happy with the result.

“It’s always fun,” Mohawks coach Bob Horner said. “We have a rough schedule, playing in the CIML. We came back late Monday from Waukee, who is one of the best teams in the state in 5A, and for our kids to come back and be resilient like they were tonight really said a lot about their character.”

Lensing, as a senior, has an appreciation for the rivalry and admitted that the matchup is one that the team looks forward to all season long.

“They’re pretty important,” Lensing said. “Coach always talks about tough losses, and this one would be extra tough on us.”

Horner was proud of the way his team responded after finding out about Clark. As a cancer survivor himself, Horner understands the impact that it has on victims and their families, and was touched by the response from the community to help raise money.

Mason City High School softball presents a check for $1,500 to MercyOne Cancer Center as part of Coaches for Cancer night. Proceeds from each year's designated game are donated.