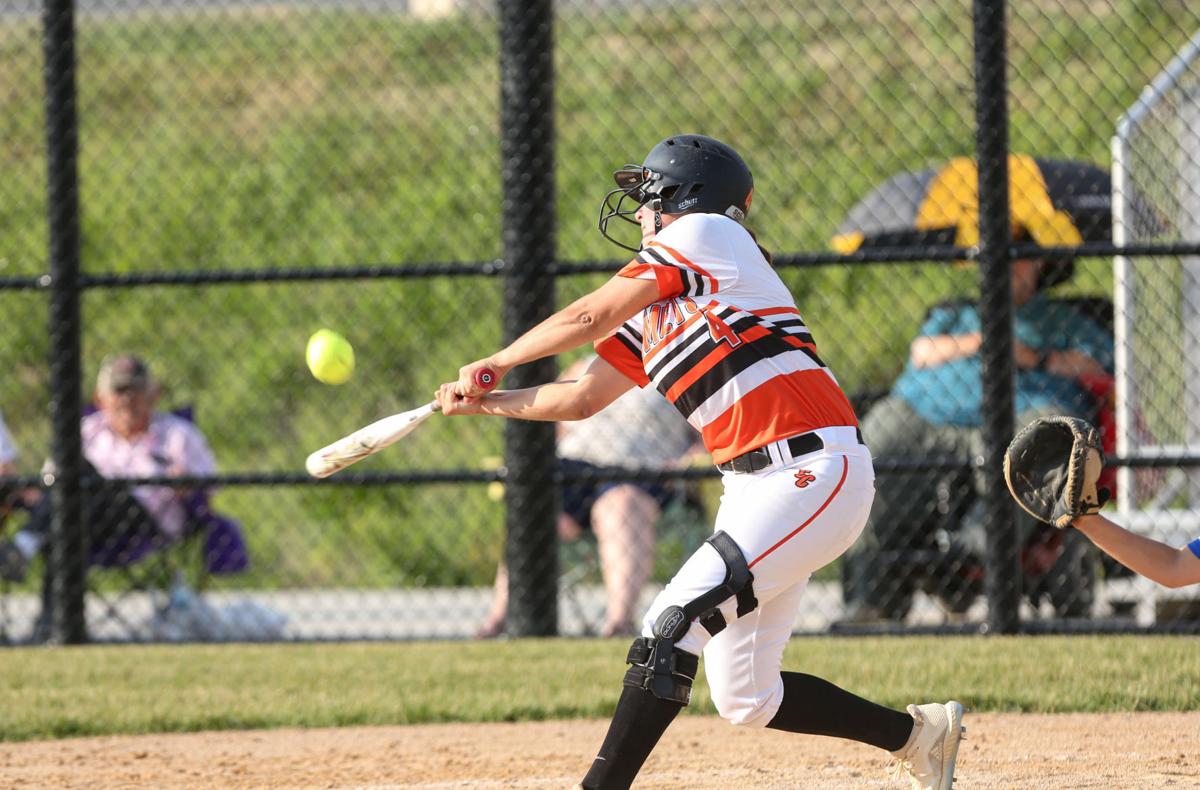 Charles City's Rachel Chambers swings at a pitch during a Northeast Iowa Conference doubleheader against Decorah in the summer of 2021. 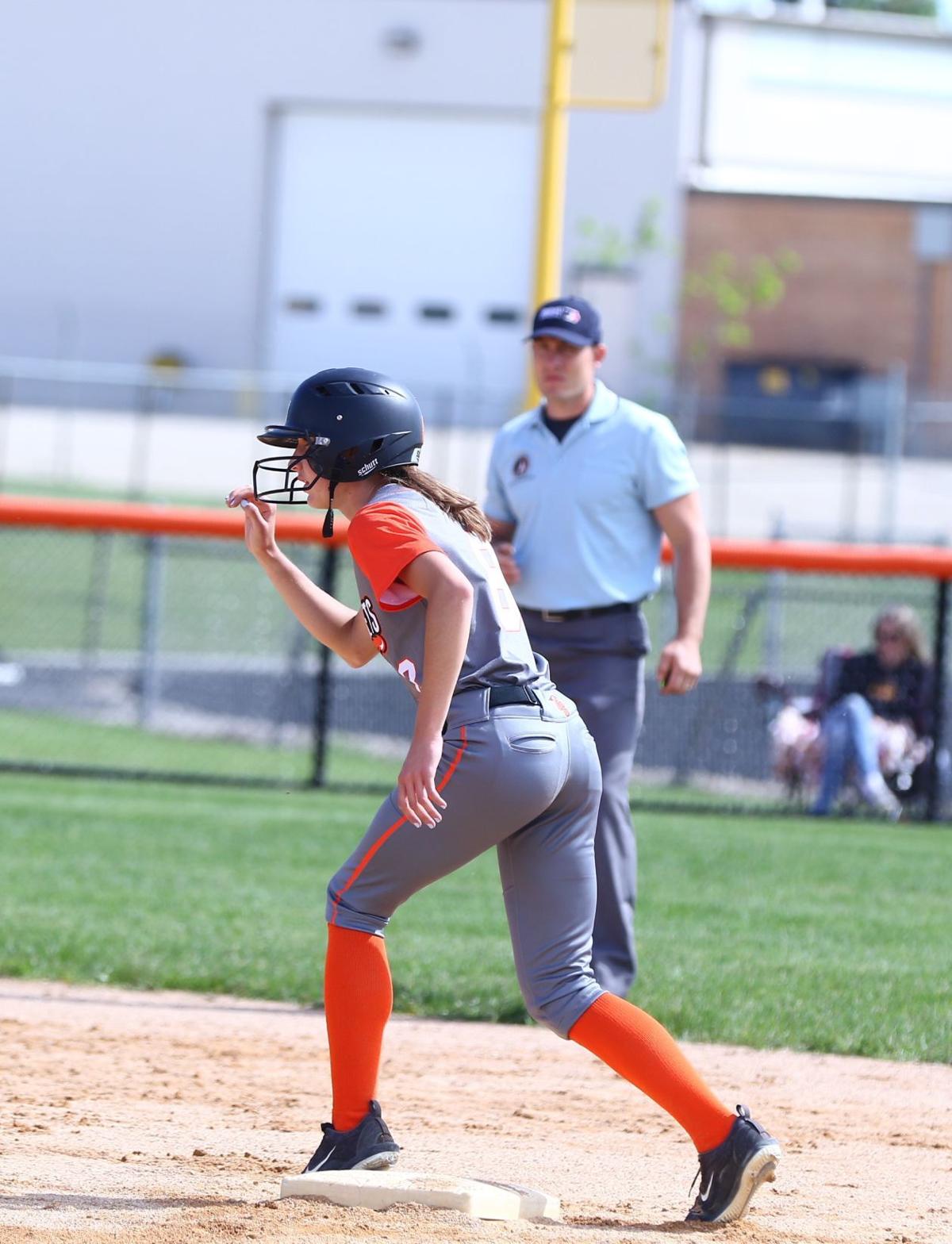 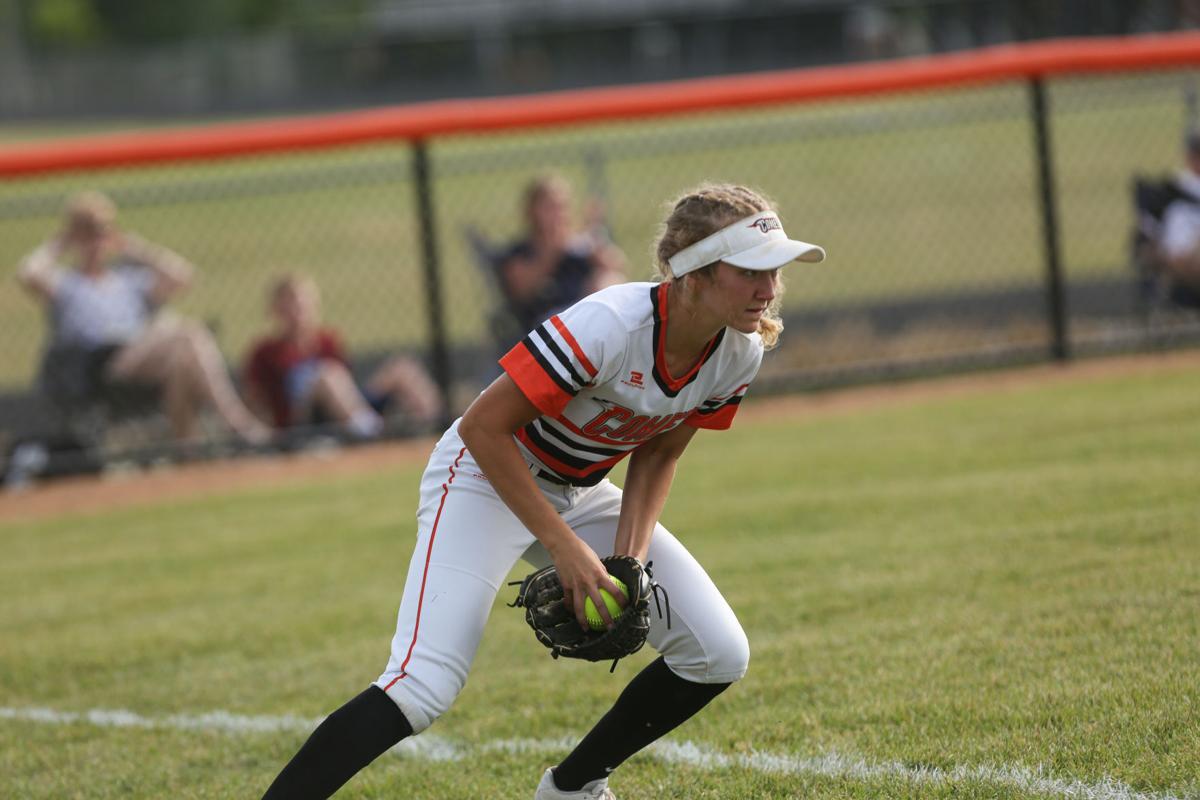 Kiki Connell and Lydia Staudt set the table at the top of the Charles City lineup, getting on base at an efficient rate. Rachel Chambers and Ashlyn Hoeft followed in the order, belting home runs and driving those two in.

All four were named to the Northeast Iowa All-Conference first team softball squad released earlier in the week.

The Comets finished the year at 24-12 after a Class 4A regional semifinal loss to ninth-ranked West Delaware. Connell is the lone member of the quartet that is departing.

Heading off to UNI to run track, Connell was third in the conference in batting average (.492) and on base percentage (.537) while notching the most hits with 60.

Connell and Staudt were the top two base stealers and hitters in the league. A junior, Staudt crossed home 53 times, which was tops in the NEIC. She'll likely take over the leadoff role for Charles City in 2022.

Chambers experienced a breakout year with 19 home runs and 64 RBIs that were tops in the conference and at the time of writing this, were top-3 in the state regardless of classification.

The junior infielder was also tops in the league in slugging percentage and total bases.

Hoeft was the one in 2020 that provided the Comets with some pop at the plate and she did the same again in 2021, belting nine home runs and driving in 47 runs. The sophomore catcher also was elite defensively, throwing out a conference-high 13 base stealers.

The complete first team is below. The four Comets listed will be in bold. Only their players will be listed for second team and honorable mention.

Olivia Olendieck, Crestwood, so., IF

Ali Russler, New Hampton, so., OF

Delaney Ruzicka, Charles City, so., OF

Can The New York Yankees cover the 1.5 spread?

Can The New York Yankees cover the 1.5 spread?

Fessler named Player of the Year, Panthers get four on all-conference first team

Central Springs had the player-coach of the year tandem and three others on the Top of Iowa East first team.

Avery Hanson had the most wins of any starting pitcher in the North Central Conference. Annika Nelson finished with a new career best in batti…

Garner-Hayfield-Ventura's Kevin Meyers didn't think much of a hustle play he was integral in. Turns out, it was a big deal.

Forest City beefed up its non-conference schedule in order to better prepare itself for the playoffs. Osage was an inconsistent bunch that was…

Earlier this month, Mike and Jamie Reicherts were dealt a bit of a blow by the Charles City Council when its five members had a 3-2 split vote…

Kaylea Fessler is one of the premier hitters in Class 2A and the Top of Iowa Conference for Central Springs. She was named the east division player of the year. But she wasn't always the best.

Charles City's Rachel Chambers swings at a pitch during a Northeast Iowa Conference doubleheader against Decorah in the summer of 2021.