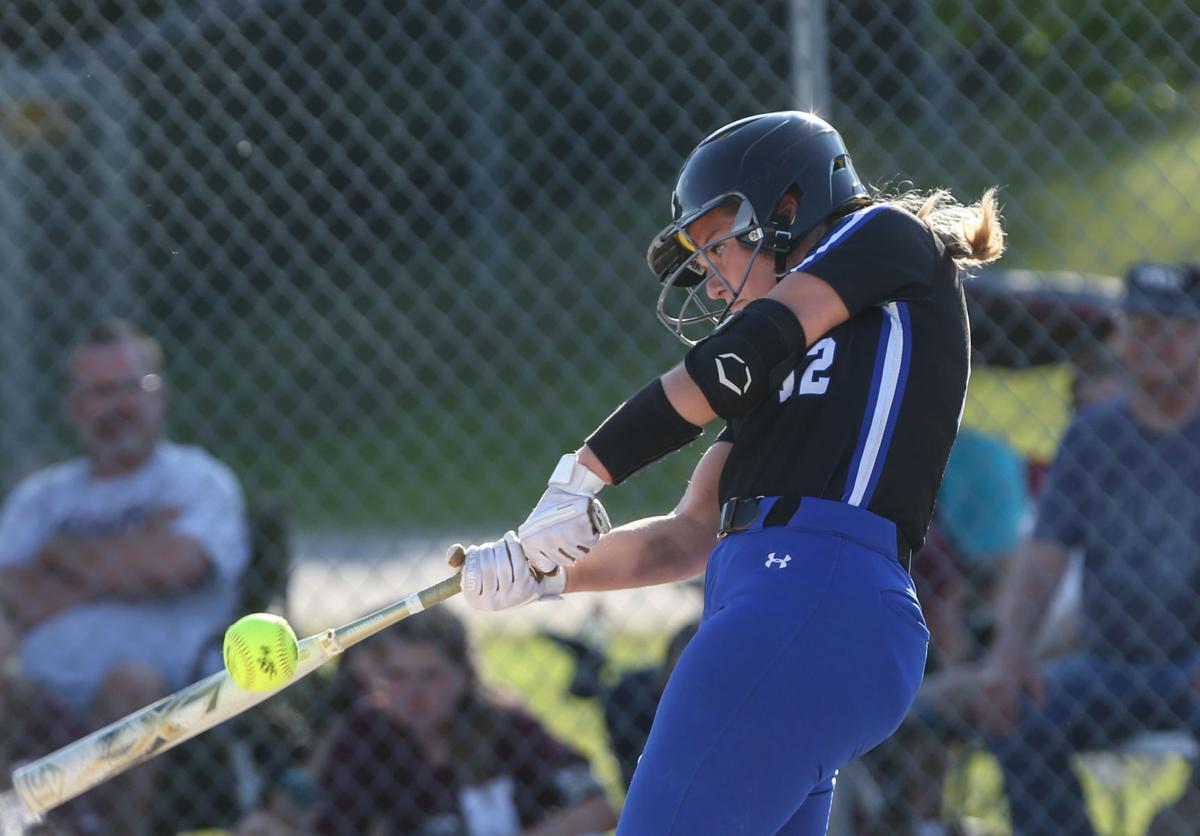 Central Springs catcher Madisyn Kelley connects with a pitch against Newman Catholic on Wednesday, June 9 in Manly. The Class 2A No. 1 Panthers won 13-2 in five innings. 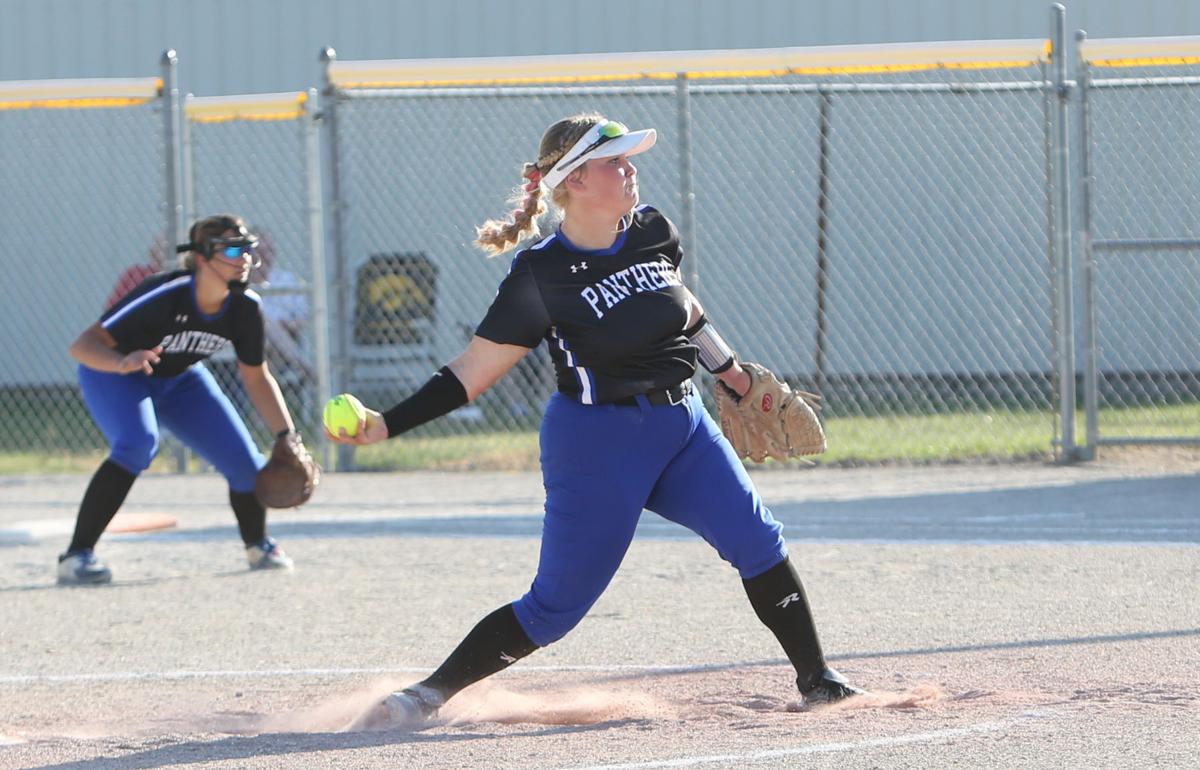 Her start to the softball season for Central Springs was delayed slightly after triumphing in the Class 2A discus and finishing eighth in the shot put. It caused her average to dip below .200 and her power diminished.

"It's a little slow because I was still doing both sports," Angell said. "To come back right after state, I'm like 'Full energy and focus is going towards softball.'"

The senior more than made up for it against Class 1A No. 9 Mason City Newman Catholic.

Angell deposited two home runs – a grad slam and a two-run shot – to both sides of the field to pace the Class 2A No. 1 Panthers offense in a 13-2 five-inning Top of Iowa East smackdown of the Knights at Franklin Mead Field.

Since a 1-2 showing in its first weekend tournament in Ballard, Central Springs (9-2, 6-0 TOI-East) has won three straight all by the run-rule. It trounced Northwood-Kensett 22-3 and Clear Lake 12-0.

"We had a long week, eventually you do run out of gas," Panthers head coach Belinda Nelson said. "This group, they're never out."

Angell had the hot bat in this shortened game.

After striking out in the first inning, the right-hander uncorked an eye-level pitch over the left field fence to clear the bases in a five-run second to put the Panthers up 7-0.

Angell flexed her muscles to right field for a no-doubter to cap her day with six RBIs, two hits and two runs scored. That was the finale as Central Springs scored six runs on four hits and batted around to break the game open in the fourth.

"Yesterday at batting practice, it was one simple hand fix," Angell said. "I got some big hits."

Its first two runs in the first frame weren't caused by a hit, rather an RBI walk and a wild pitch. The Panthers didn't nab their first hit until the third, when Kiley Hanft found an opening on the infield for a single.

"We try to get them to start knowing what their pitch is," Nelson said.

Newman Catholic head coach Tom Dunn felt like the adjustments didn't happen quickly, both for Martinez and his offense that was limited to four hits.

"They show you what happens when you elevate the ball," Dunn said. "If they're not going to give what you think is a strike, you got to adjust over an inch and we didn't do that tonight."

Alyse Ball roped a two-run double with two outs in the top half of the fourth to put the Knights (12-2, 5-2) on the scoreboard. That was all they could do against Cooper Klaahsen.

The sophomore at one point retired nine straight and snared the win in the circle, tossing a complete game with eight strikeouts.

About the only trouble she got into was runners in scoring position in the first until she settled in and struck out back-to-back hitters.

Central Springs gets another conference test in the form of the 1A No. 14 North Butler tonight, the other unbeaten team in the Top of Iowa East. It is out to prove its still the cream of the crop in North Iowa.

Newman Catholic sees its 11-game win streak snapped and as fell to the last two unbeaten teams in the conference. Dunn stated his squad is a good team, but still hasn't reached the level of being a great team.

With everyone back full-time, GHV turns into 'scary' team

Osage's softball team started off the year against three teams ranked teams inside the top-15 in the current softball rankings. It went 0-3.

Central Springs catcher Madisyn Kelley connects with a pitch against Newman Catholic on Wednesday, June 9 in Manly. The Class 2A No. 1 Panthers won 13-2 in five innings.