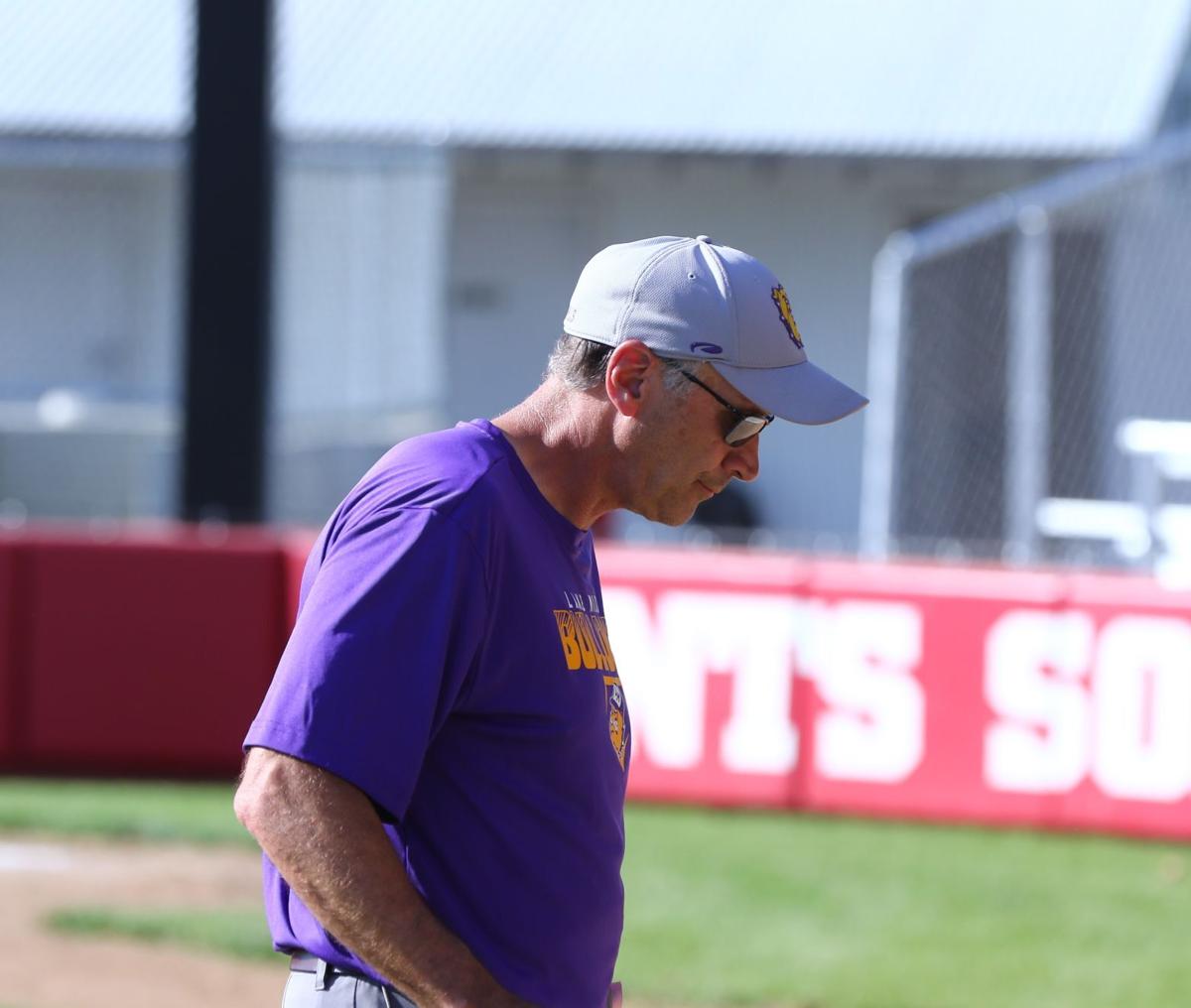 Lake Mills head softball coach Bill Byrnes stands near the visitor's dugout prior to first pitch against St. Ansgar earlier this season. Byrnes has led the Bulldogs from the bottom of the Top of Iowa West Conference to a top-4 place. 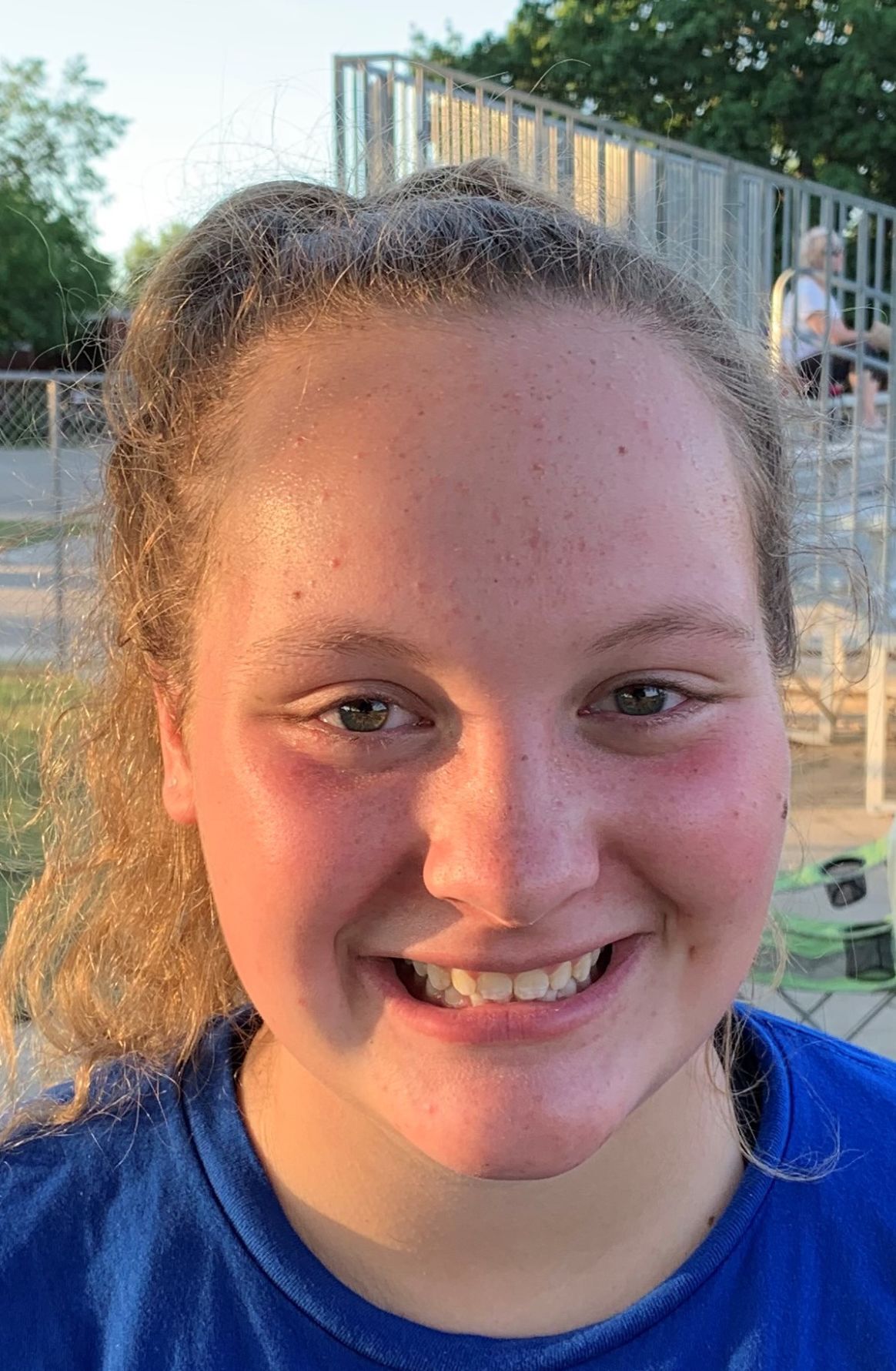 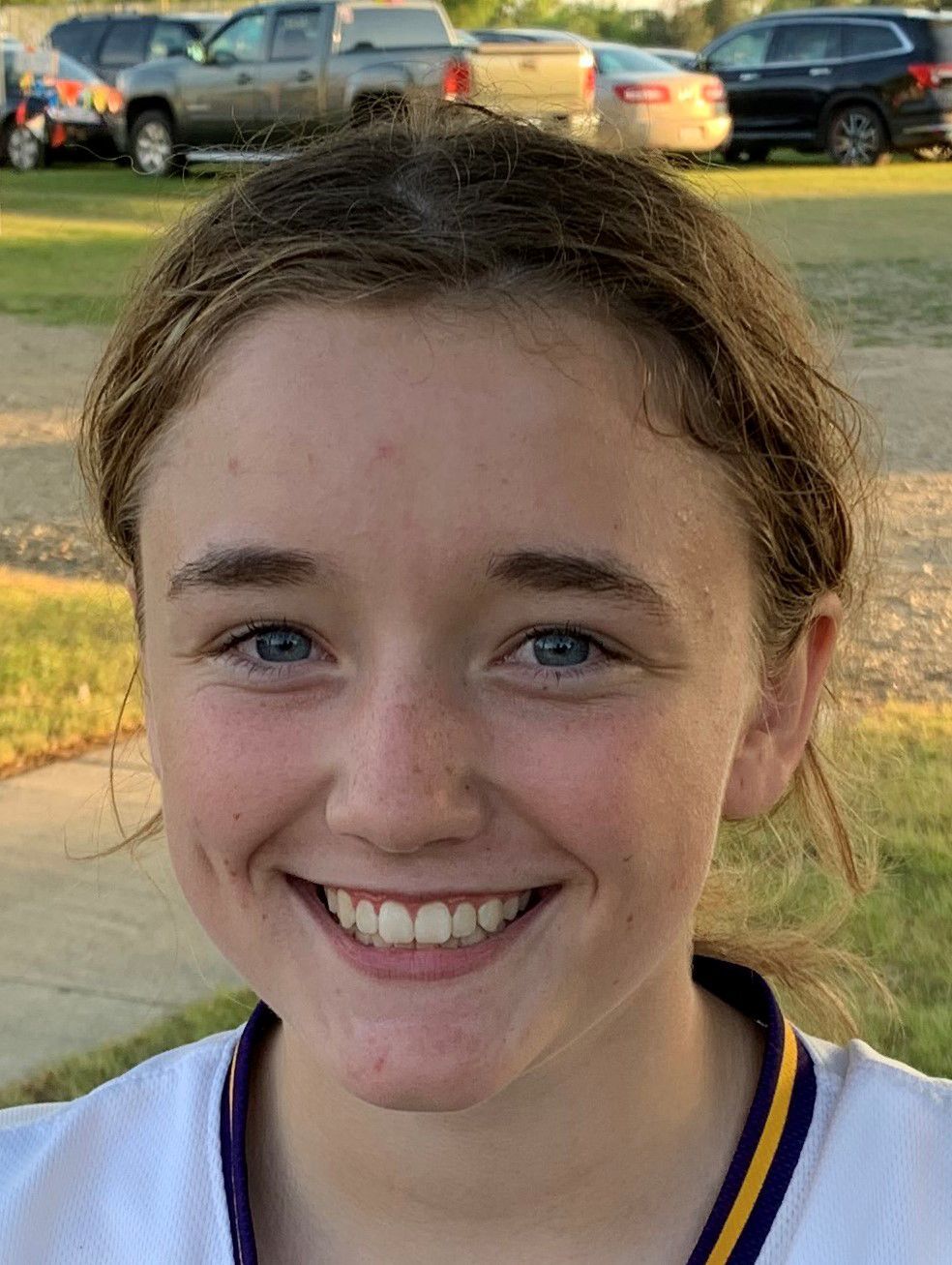 When Lake Mills' softball team was taking part in pregame infield prior to Tuesday's game against Northwood-Kensett, sophomore catcher Madison Edwards didn't have a softball in her hands.

Three players behind home plate did. Edwards was vocal in making sure those three pay attention and stay active.

That is not a problem this season, which is one of the many reasons why the Bulldogs have risen from bottom feeder of the Top of Iowa West Conference to a team that will likely be a top-4 finisher in 2021.

It is a group that doesn't have a senior and only three juniors. The rest of the starting lineup consists of three sophomores and five freshman.

Those two younger grades grew up playing on the same travel ball team together in middle school. It was there they developed a love for the game.

"We've all had a passion for it," Edwards said. "Last year, we had a few people that truly didn't care about it. We've been building up our love and it's definitely helped us."

In the early part of the year, Lake Mills trotted out Leah Moen to the circle. Over the last month, head coach Bill Byrnes has gone to freshman Scout Kohagen.

"She's obviously gotten a ton better for us," Byrnes said. "She's shown the ability. For the most part, she's been good the last month."

A right-hander, Kohagen has had an up-and-down season with a record of 7-6 and an earned run average of 4.56 in 14 starts. Yet opponents are hitting just .164 against her and a glance at her numbers as an eighth grader show a distinct improvement.

"It's taught me a lot of lessons. You can't get in your head," Kohagen said. "I pitched two-to-three times a week, I'd lift and I was making sure I was staying active in the offseason so my stamina was there."

Attitude has changed, too. Players would dread coming to the softball diamond knowing they would get run-ruled and not get a full seven inning game. Lake Mills played in five games decided by under nine runs, winning two of them.

Its program had won a grand total of seven games over the last three seasons. It has suffered two seasons since 2008 with under 10 wins. There's an expectation to win and win often.

This year, the Bulldogs are bucking the recent trend.

"It is an amazing feeling," Edwards said. "Last year, half of our games, we played maybe three-to-five innings. At practice, we always try our hardest, but towards the end, we would just give up. This year, we've taught ourselves it's fine, just keep playing."

Byrnes credits the time in the offseason his group committed to in order to shake a loser's mentality.

"The pitching in the winter, the open gym, the maturation," Byrnes said. "They're a year older and just softball experience."

The Bulldogs lost to North Union, ranked No. 7 in Class 2A, 10-0 on June 7. They dropped a 12-7 decision on Monday of this week. Even in a loss, plus another to Northwood-Kensett the next day, it sparked something within the team.

The mindset of losing games by blowout changed in that instance.

"We were feeling better," Edwards said.

Lake Mills' regional is far from easy. If the Bulldogs win their first round game against Manson-NW Webster, they face Class 2A No. 5 Central Springs in a regional quarterfinal. No. 10 Columbus Catholic is on the bottom half.

An opportunity to play with one of the premier teams in North Iowa, as well as the state, early on is one the Bulldogs are relishing.

"I think everybody is a little nervous," Kohagen said. "If we get there, it is going to make us better as a team and we'll be better next year."

What was the craziest story in sports yesterday?

Will we see Max Scherzer traded?

Will we see Max Scherzer traded?

How may players on the Cubs will be traded before the deadline?

How may players on the Cubs will be traded before the deadline?

WATCH NOW: The final out to complete a comeback for Northwood-Kensett over Lake Mills in softball

Ian Collins left no doubt who was the best jumper in Class 3A. Abigayle Angell was a favorite in the Class 2A discus and walked away with a st…

Northwood-Kensett would get runners into scoring position on Tuesday night with ease. It couldn't bring them home.

After a one-year break, the traditional Sunday afternoon baseball game between Mason City and Newman Catholic returned in 2021. There were very few empty bleacher seats.

According to the State Historical Society, the museum shows off more than 13,000 years of Iowa history.

For Gabby Keith, soaking up wins is not on her radar in the final week of her high school softball career. Something much more wholesome is on her mind.

Dunn sticks with softball, stays at Newman Catholic and piles up 1,000 wins

In another world, Tom Dunn is coaching football, sticking with his first love of baseball or taking a higher college softball or baseball coac…

Lake Mills head softball coach Bill Byrnes stands near the visitor's dugout prior to first pitch against St. Ansgar earlier this season. Byrnes has led the Bulldogs from the bottom of the Top of Iowa West Conference to a top-4 place.