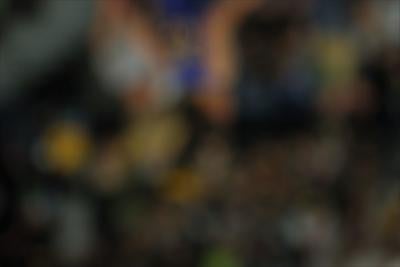 Editor's note: This is the inaugural North Iowa Pacesetter, a weekly feature of the Globe Gazette that recognizes a prep athlete who excelled in his or her sport the week before.

It took just 80 minutes for Travaughn Luyobya to make his name known on the Clear Lake's boys soccer team.

Having not played a single minute of high school varsity soccer prior to the 2021 campaign, the sophomore made it clear he plans to be celebrating goals for the next three years.

Luyobya found the back of the net five times in the Lions' 8-1 season opening victory over Charles City last week, a performance that even surprised himself.

"When I was little, I might have scored more than that, but I can't think of an exact number," Luyobya said. "Soccer isn't really a high-scoring game. I didn't expect to go in and score five."

Two seasons ago, Clear Lake's highest scorer was at eight goals. It has had just three players crack double-digits.

It led to a preseason conversation between Luyobya and Lions head coach Zach Ball that had a sprinkle of a joke.

"We're going to need some goals from somewhere, I wasn't expecting five goals in the first game," Ball said. "We were going back and forth, 'how many goals are you going to be scoring this year Travaughn?' And cheeky little response I ever got from him was 'How many games are there?'

"We'll see how the rest of the season goes."

Basketball has been Luyobya's passion as a child. He did strive to be a multi-sport athlete once he began his prep career.

So between football, soccer and baseball, he chose soccer. It stems from being involved with it at a young age.

"The pace of it, being out there and the intensity," Luyobya said. "How fast the game is compared to the other two."

Luyobya's father, Joe, played in high school and taught him the basics of the game. From there, the sport became a passion.

Ball watched his forward come up through club soccer, seeing him grow as a player on the pitch and literally in height.

"He's got a lot of good size on him and he has good control of the ball," Ball said. "It's not hard to find a spot on your starting 11 with a kid like that, even if he is an underclassman."

Luyobya's freshman soccer season was canceled due to COVID-19, but that didn't stop him from putting in work in order to better himself come this spring.

It showed in the Lions' first game.

Four of the five goals were assisted, but a couple left Ball in awe of what he saw.

"I told him after the game 'You need to be buying dinner for your midfielders,'" Ball said. "There was one or two and he's got to go body-for-body with a defender for 30 yards and hold him off. He got to showcase his finishing skills."

While Luyobya understands the strength of his game is scoring, it was never his idea that he would be a 20-plus goal scorer when he stepped foot onto Lions Field.

He uses his quickness and pace to get by defenders.

"My teammates set me up a lot of the times to get open looks," Luyobya said. "I was outside playing basketball, playing soccer with my friends, that's really all I did in my free time. I've been blessed to be pretty quick."

And while those traits have served him well, what stands out in Ball's mind is the strength he's gained over the years to take back line players one-on-one.

"How we're playing, our philosophy isn't get Travaughn the ball and let him score," Ball said. "Even a lot of his off-the-ball movement and passing to get other guys in scoring positions will be key for him as well."

Luyobya added another goal to his stat line in Clear Lake's 2-1 overtime victory over New Hampton in its home opener on Monday.

He has taken lessons from basketball and applied them to the soccer field. Luyobya is hopeful that he's one of the main pieces to bring Clear Lake back toward prominence in the state.

The Lions haven't been over .500 over the last four seasons and haven't won more than 10 games in the last five.

"You have moments where you have to have a quick burst of speed and agile," Luyobya said. "I'm pretty competitive and I like to win."

Artist that always gets you hyped: Drake or Future

Look to the Chargers and Seahawks to make the playoffs

Don't look now, but the Mason City boys tennis team is on a bit of a hot streak. 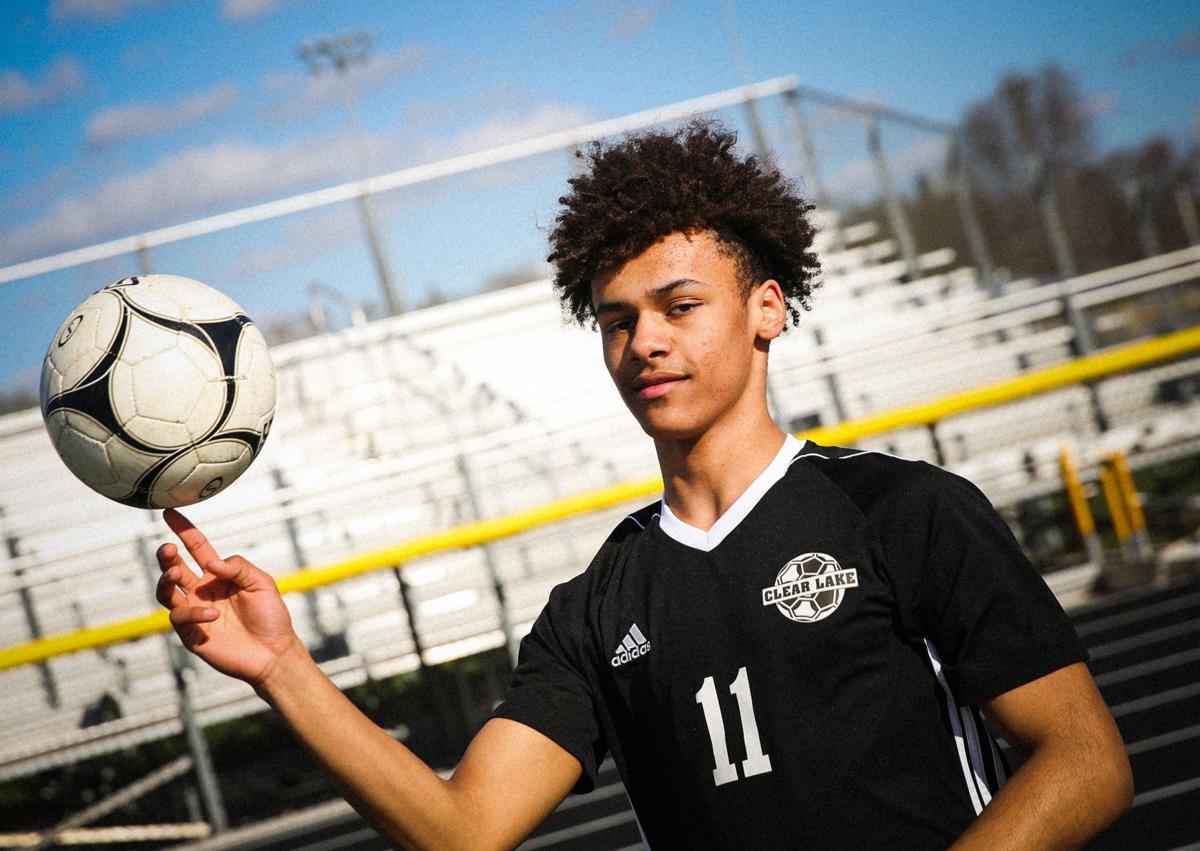 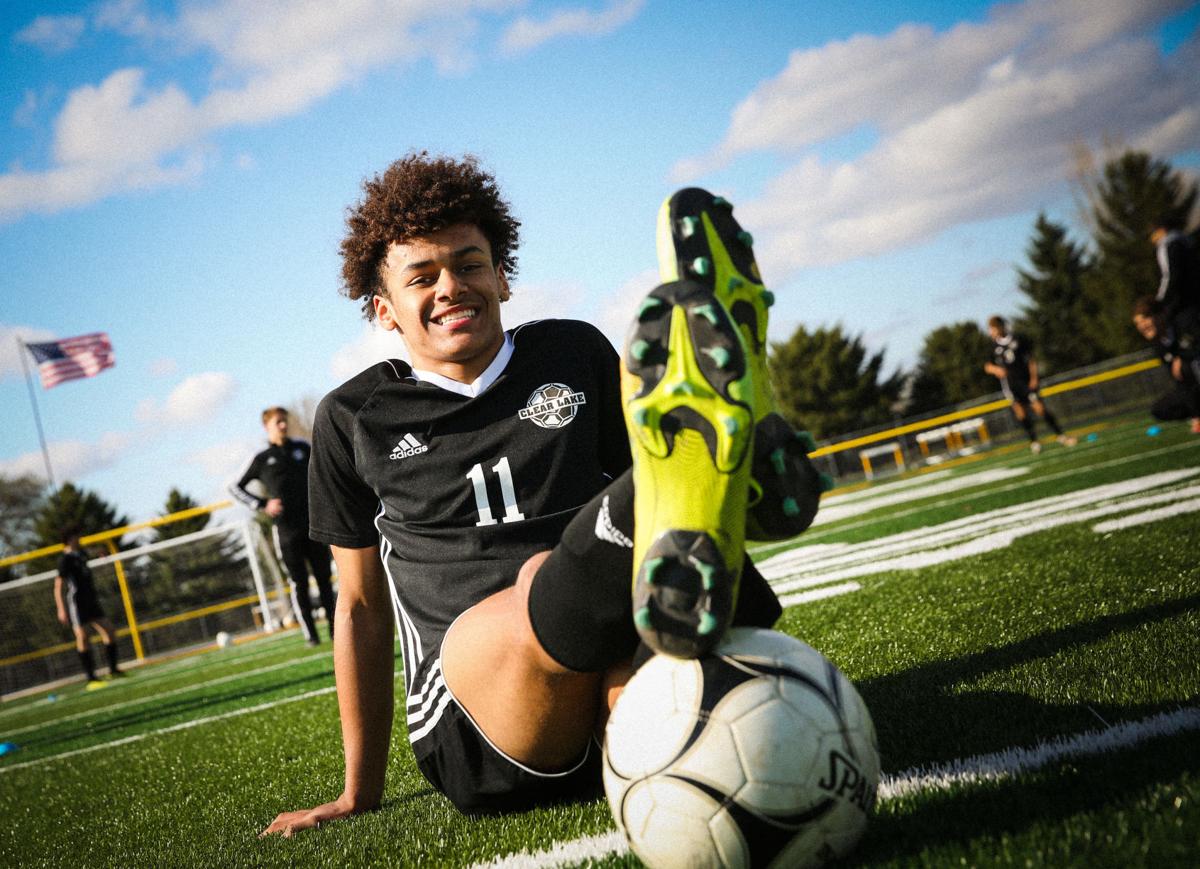 Clear Lake's Travaughn Luyobya poses at Lions Field ahead of a soccer game. 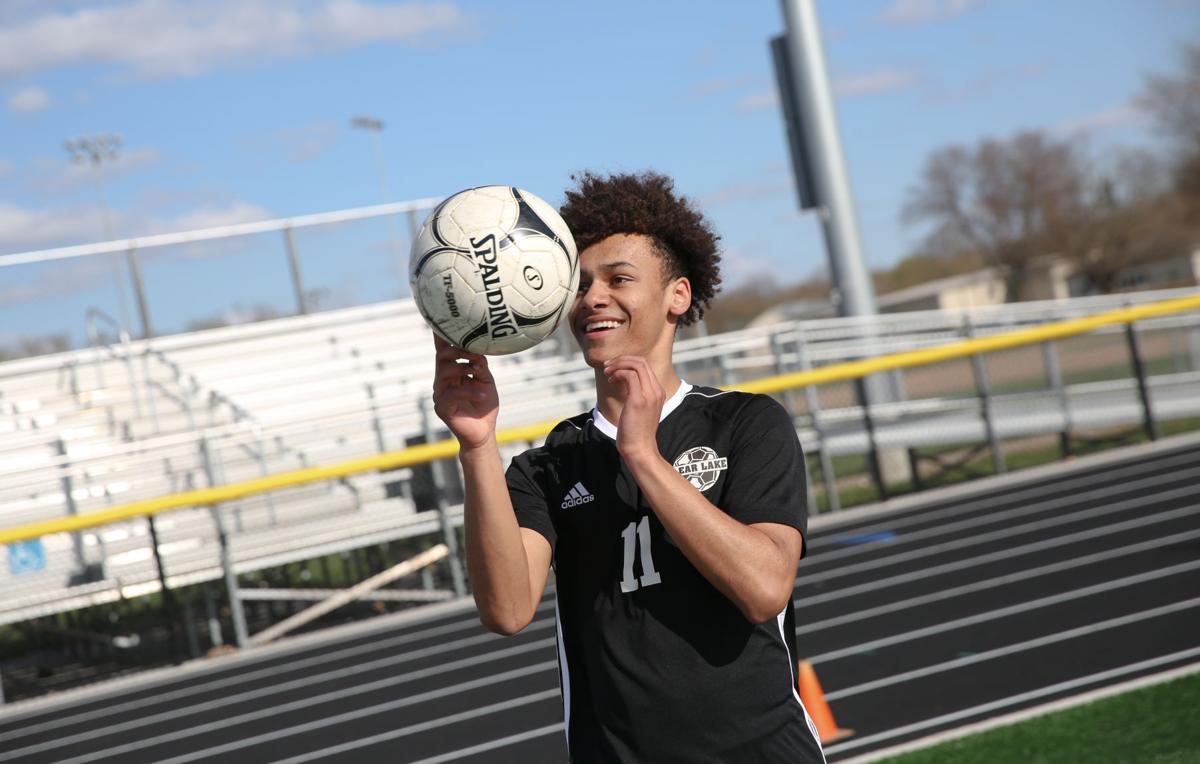