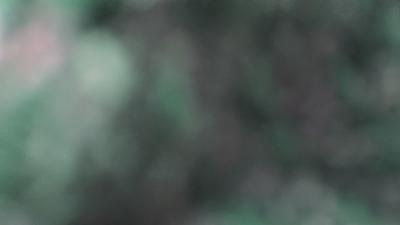 When the Mason City boys soccer team first started practice a couple of weeks ago, it had been nearly 700 days since the Mohawks held an organized team event.

The Mohawks hadn’t even gotten a practice in last year before COVID-19 canceled the season.

That fact isn’t lost among the 14 seniors on the team, who now cherish every opportunity to play soccer with their friends.

The Mohawks finished 6-9 overall in 2019 and, with many of the same faces back, seemed poised to finish with a better record in 2020. The team didn’t get that opportunity.

But Mason City doesn’t have any reason to believe that it can’t be just as good, if not better, than it was two years ago. The Mohawks have a large group of seniors – many of whom played on the 2019 team as sophomores.

“A lot of the seniors on this team are natural-born leaders,” senior midfielder Eric Lensing said. “We really take pride in leading this team. Coach (Bryan) DeGabriele is a great coach, so he’s setting the foundation for us.”

The challenge every year for the Mohawks is how tough their competition is. The squad plays in the Central Iowa Metro League – Iowa division, which harbors some of the best soccer talent in the state.

“You know that every single time you step on the field, you’re going against a team that’s probably top 20 in the state,” DeGabriele said.

Despite the tough schedule, the Mohawks were still able to set a program record in goals scored in 2019. On top of that, the team’s six wins were the most wins recorded in a season during the past decade.

“I was part of that 6-9 team. Started most of the games,” senior midfielder Logan Young said. “I see the progression with coaching and just the attitude towards the program.”

The goal is to win more games this year. But more success isn’t going to happen overnight.

DeGabriele says he’d like to see his team be better on defense this season and hold teams to zero goals in multiple games. He’d also like to eclipse the school record for most goals in a season set in 2019. Finally, he hopes his guys earn a substate victory in the postseason.

“We have a good foundation and a good base,” senior striker Jacob Wolf said. “As long as we as a team carry the belief in ourselves against those tough teams like Valley, Waukee, Johnston and Urbandale, I think there should be good competition for each one of those games.”

Coach outlook: MCHS Boys Soccer will have a very experienced team with 14 seniors who will vie for varsity spots.  We also have an excellent group of underclassmen who will provide depth at the varsity level and get experience in the junior varsity games.  Mason City Mohawks Boys Soccer will continue to build off the success that the junior varsity and varsity teams had in the 2019 season.  Everyone in the program is excited to get back on the field this spring and are grateful for the opportunity to play. - Coach Bryan DeGabriele

May 11 at Fort Dodge

May 14 vs. Ankeny Centennial