The Mason City boys soccer team spent 40 minutes of its season opening contest against Iowa Falls-Alden on Monday night shaking off the inevitable rust that comes with not playing for two seasons.

But once the Mohawks found their rhythm in the second period, they never looked back.

After the two teams were tied, 1-1, at the break, the Mohawks came out and scored four goals in the second period to earn a 5-2 non-conference win in Mason City.

"It was awesome to defend the fortress and to play with the team," senior Eric Lensing said. "We've been waiting two years to play and it's been very exciting. We were all just anticipating it. We played super hard and super well as a team and came out with a win."

To start things out, the Mohawks weren't as dominant as they were in the second period.

Cadet freshman Colton England got behind the Mohawk defense and scored in the eighth minute to initially put Iowa Falls-Alden up, 1-0.

"I think actually the best thing that happened to us was they scored first," Mason City head coach Bryan DeGabriele said. "Then we could just go out and play and the pressure was on them to keep going. We stayed composed."

The Mohawks tied it up eight minutes later when senior Jacob Wolf scored on a penalty kick. That would be the only other goal of the first period, as the two teams were tied at the half.

Mason City looked rejuvenated in the second period and was able to get many shot opportunities. It was only a matter of time before they started connecting.

Junior Jonathan Morales and Lensing each scored a goal to put the Mohawks up by two. Then, senior Lucas Benitez scored twice to put the game away.

The only other goal for the Cadets came in the 67th minute.

The Mohawks are now 1-0 and will play at Des Moines, East on Tuesday. 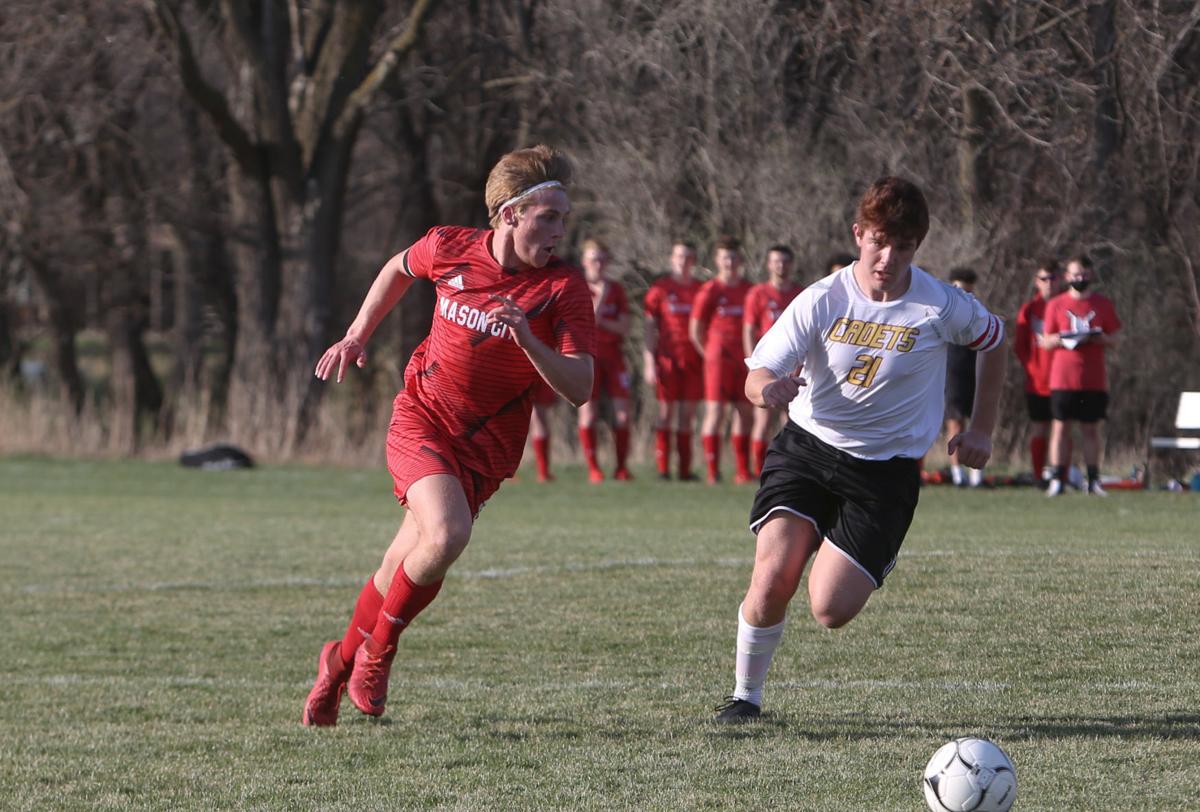 Mason City's Logan Young (17) pulls ahead of Iowa Falls-Alden's Ivan Orazzco (21) at a game at Mohawk Field earlier this season. 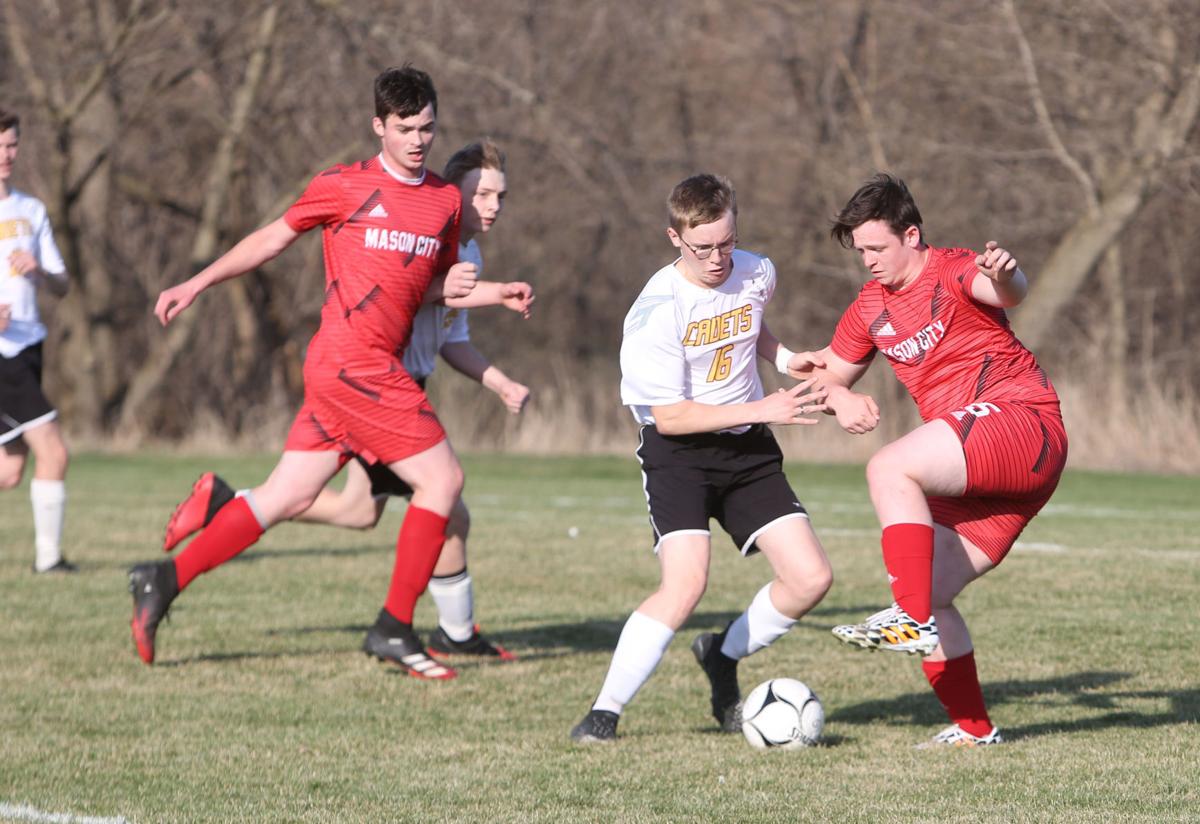 Iowa Falls-Alden's Connor Knoll (16) and Mason City's Logan Mayberry (15) vie for the ball at a game at Mohawk Field on Monday. 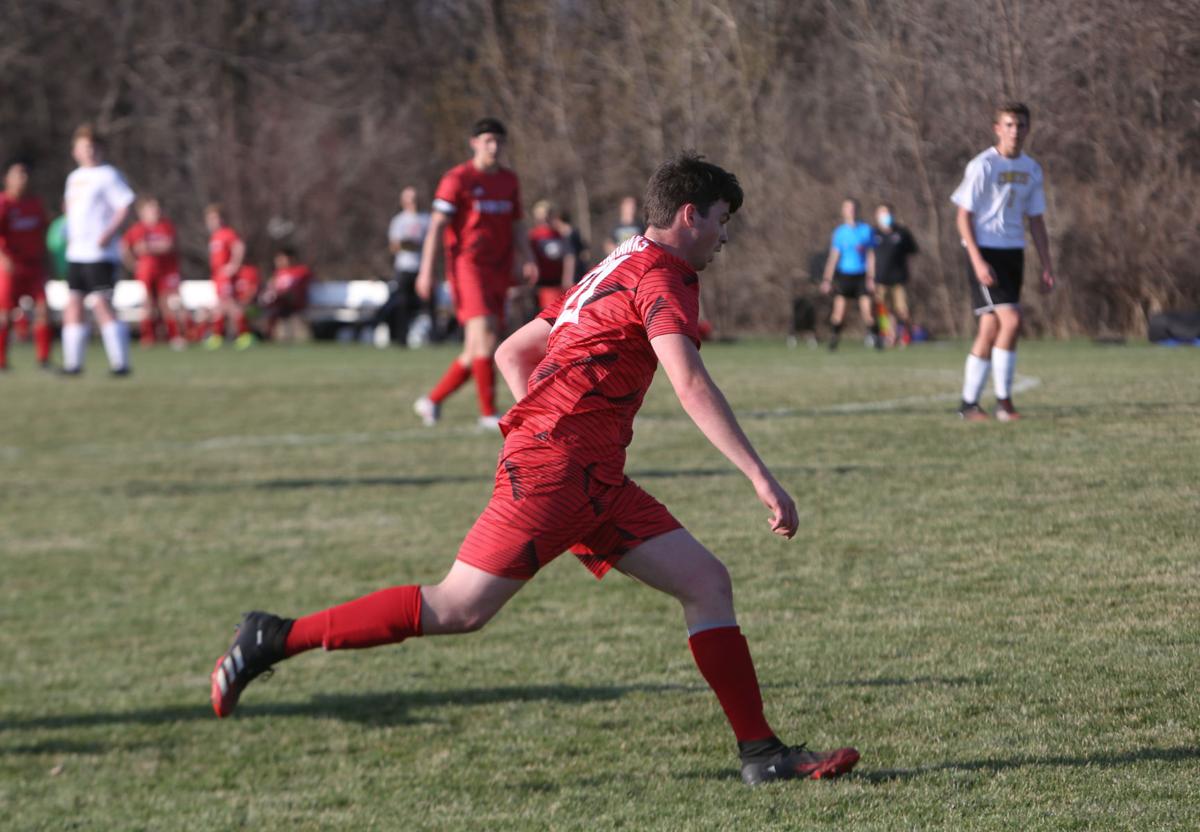 Mason City's Jacob Wolf (21) runs behind the ball at a game against Iowa Falls-Alden at Mohawk Field on Monday. 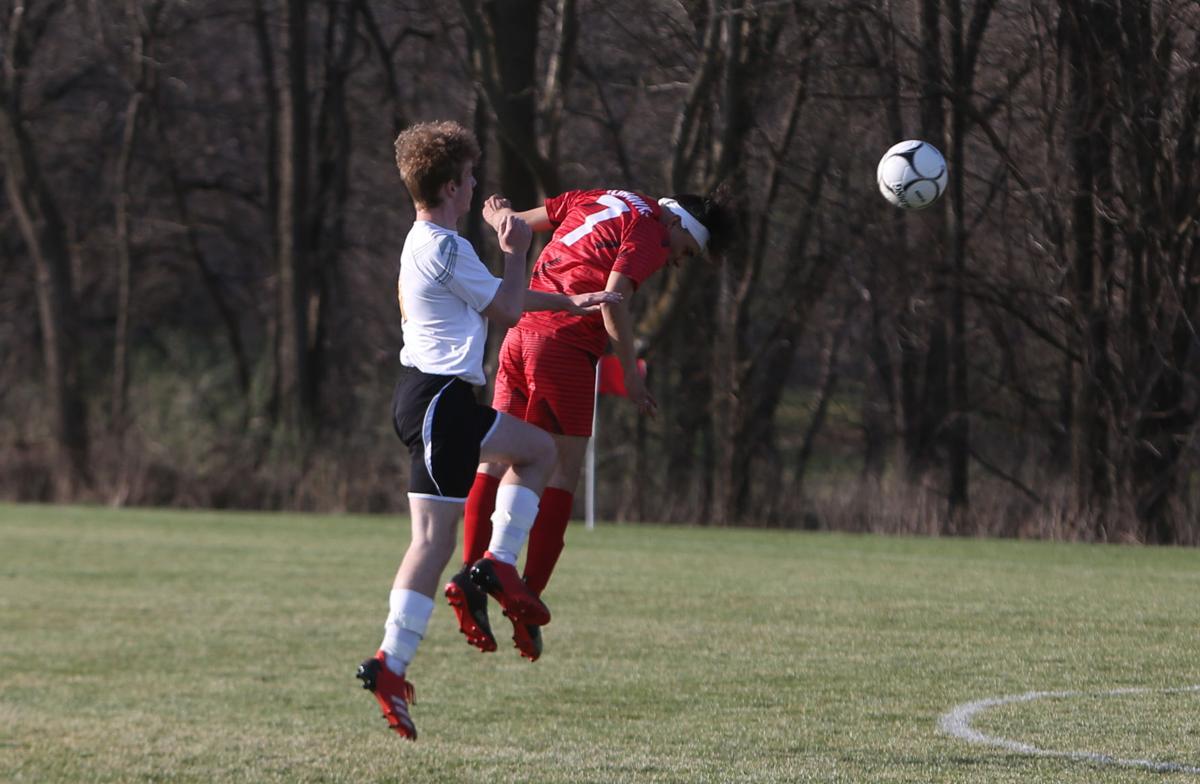 Jacob Carrera (7) heads the ball at a game against Iowa Falls-Alden at Mohawk Field on Monday.