Bob Okerstrom bounced around a lot as a kid.

As a boy growing up in the 1950s, his father worked with an Army company that moved from town to town in the Midwest often. So Okerstrom never really felt at home anywhere.

That is, until he arrived at Mason City High School ahead of his junior and senior year.

"It took a while to get acquainted," Okerstrom said. "But my last couple years here were good years. I enjoyed my last two years in Mason City. It's a good town."

Okerstrom, a MCHS 1957 graduate, used athletics as a way to get to get accustomed to a new environment. According to him, when you're smacking helmets and pads every day at football practice, that's a pretty good way to get to know everyone.

During his two years at Mason City, he racked up the accolades in football, basketball and track and field.

But his senior season on the track was one that has gone down in the Mohawk history books.

Okerstrom set numerous Mason City records in the football throw, high hurdles and low hurdles. He went undefeated in the low hurdles and high hurdles, including a state championship in both races and a Drake Relays title in the highs.

"One of the best athletes I've ever seen," former Mason City track and field coach Bill Moore said about Okerstrom.

For his accomplishments on the grass, hardwood and, especially, the track, Okerstrom will be inducted into the Mason City High School Athletic Hall of Fame as part of the Class of 2021.

"I guess I never expected to be inducted," Okerstrom said. "I was just a two-year student here. But I'm very pleased and very happy about it. It's quite an honor."

At 6 feet, 5 inches tall, Okerstrom made clearing both the low and high hurdles look easy. He only lost four races during his junior season, and finished second in the low hurdles and fourth in the high hurdles at the state meet.

With the athletes who finished ahead of him at the state meet all graduating, he knew he would have a good chance to improve upon his finish when his senior season rolled around.

When the spring of 1957 rolled around, Okerstrom, known affectionately by his teammates as 'Okie' back then, never lost a hurdle race.

"I felt like I had a pretty good year ahead of me I suppose," Okerstrom said. "I was pleasantly surprised that I did go through the year undefeated."

After high school, Okerstrom competed in track and field at the University of Kansas for two years. He also ran one season afterwards at the now-defunct Parsons College in Fairfield, Iowa.

After college, Okerstrom moved back to Mason City and, outside of six years living in Minneapolis, spent the majority of his adult life in North Iowa. He still lives in Mason City today.

"When I moved to Minneapolis, I didn't anticipate we'd ever move back," Okerstrom said. "But I'm glad we did."

As a member of the MCHS Athletic Hall of Fame, his time there won't be forgotten.

Okerstrom will be inducted into the Hall of Fame on Sept. 10 at halftime of the Mason City-Charles City football game.

The Mason City Athletic Hall of Fame will honor its 2020 and 2021 classes during halftime of the Mason City-Charles City football game on Sept. 10.

Hot Or Not: Justin Fields will be next rookie QB to get first career win?

'This girl was going to be special': Bechstein set to be inducted into MCHS Athletic Hall of Fame

Nicole (Carroll) Bechstein has a very long list of accolades for her success in track and field, which isn't bad considering she was told she was too short to run hurdles in middle school.

For his achievements on the court and in the discus ring in the mid-1970s, Michael Thorpe will enter the MCHS Athletic Hall of Fame as part of the Class of 2021. 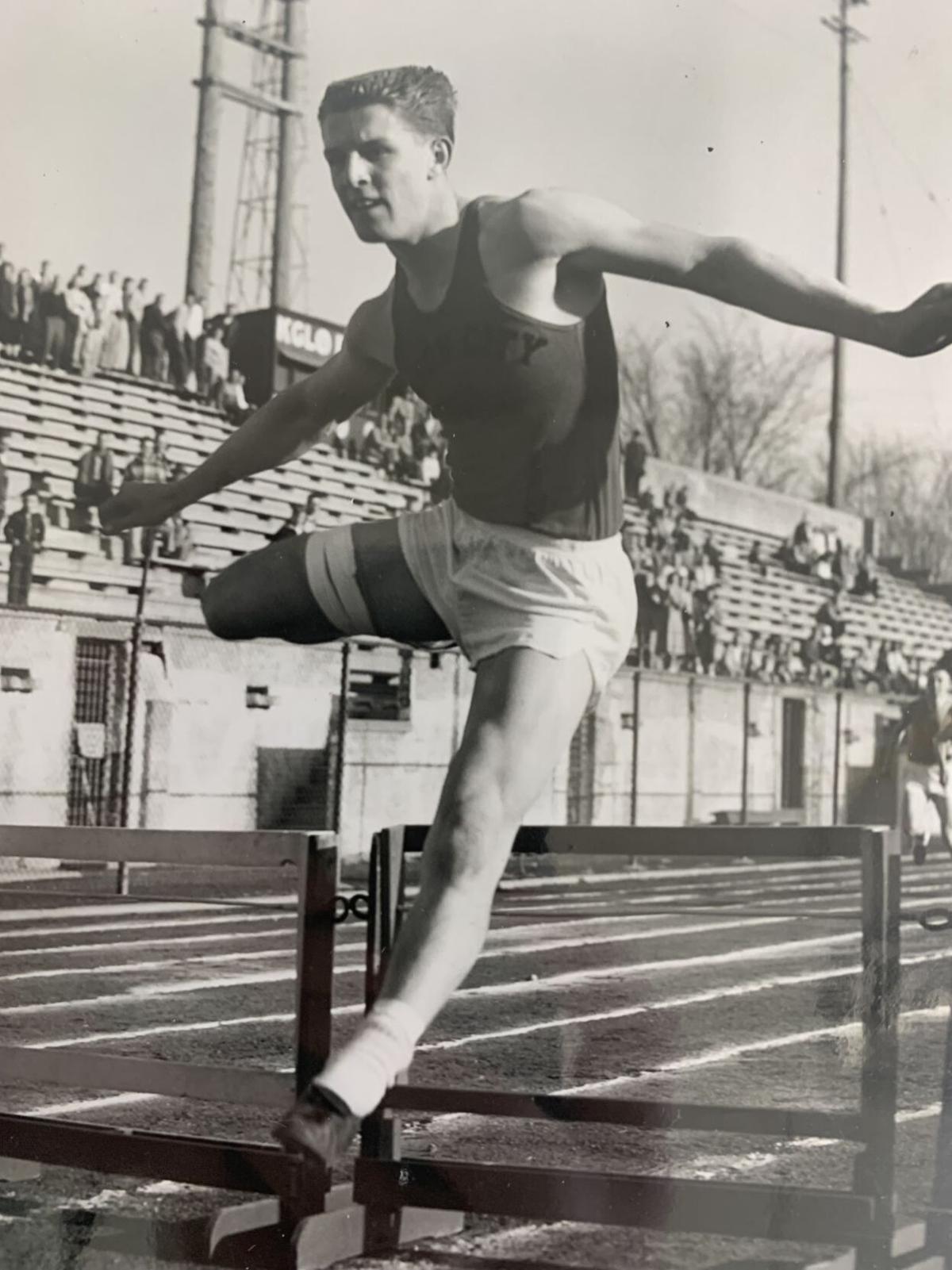 Bob Okerstrom clears a hurdle during a track meet at Mason City in 1958. 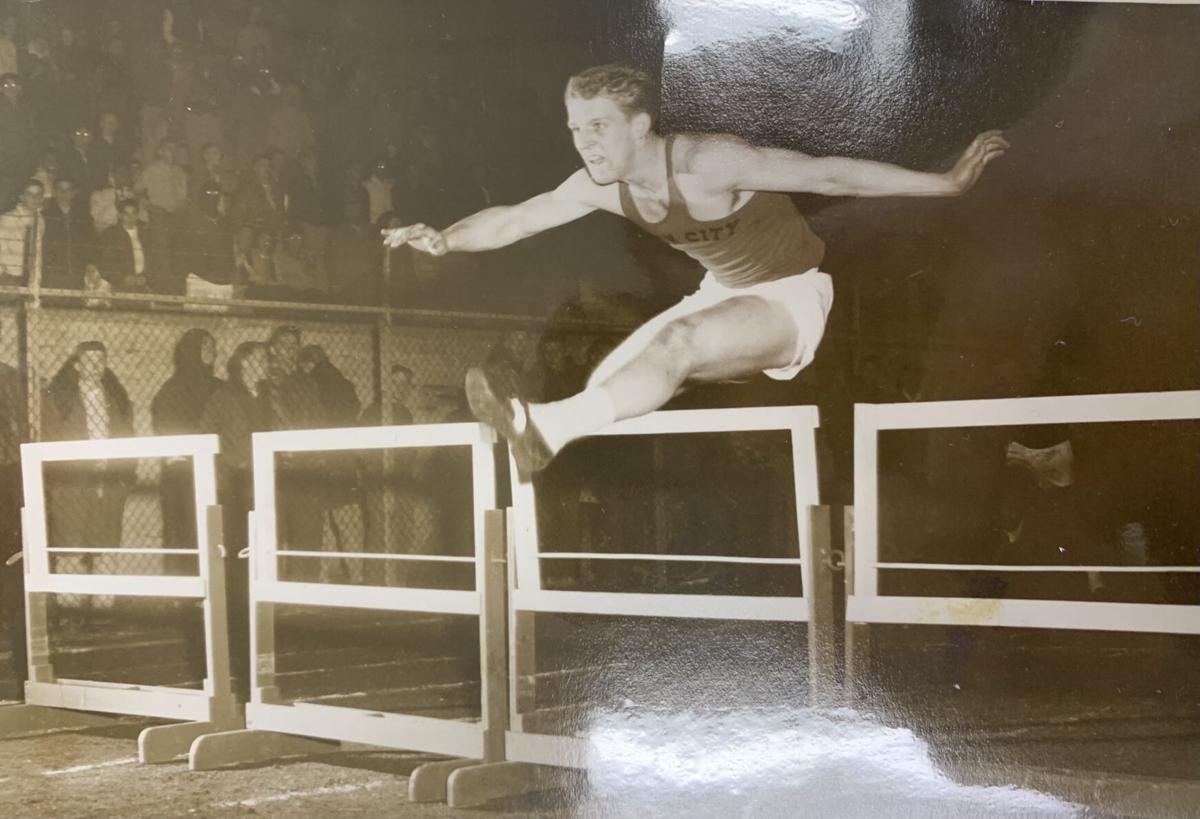 Bob Okerstrom clears a hurdle during his senior season. He will be inducted into the Mason City High School Athletic Hall of Fame as a member of the 2021 class.