Democrats swing behind bipartisan virus aid bill; Biden calls it 'down payment' ahead of inauguration 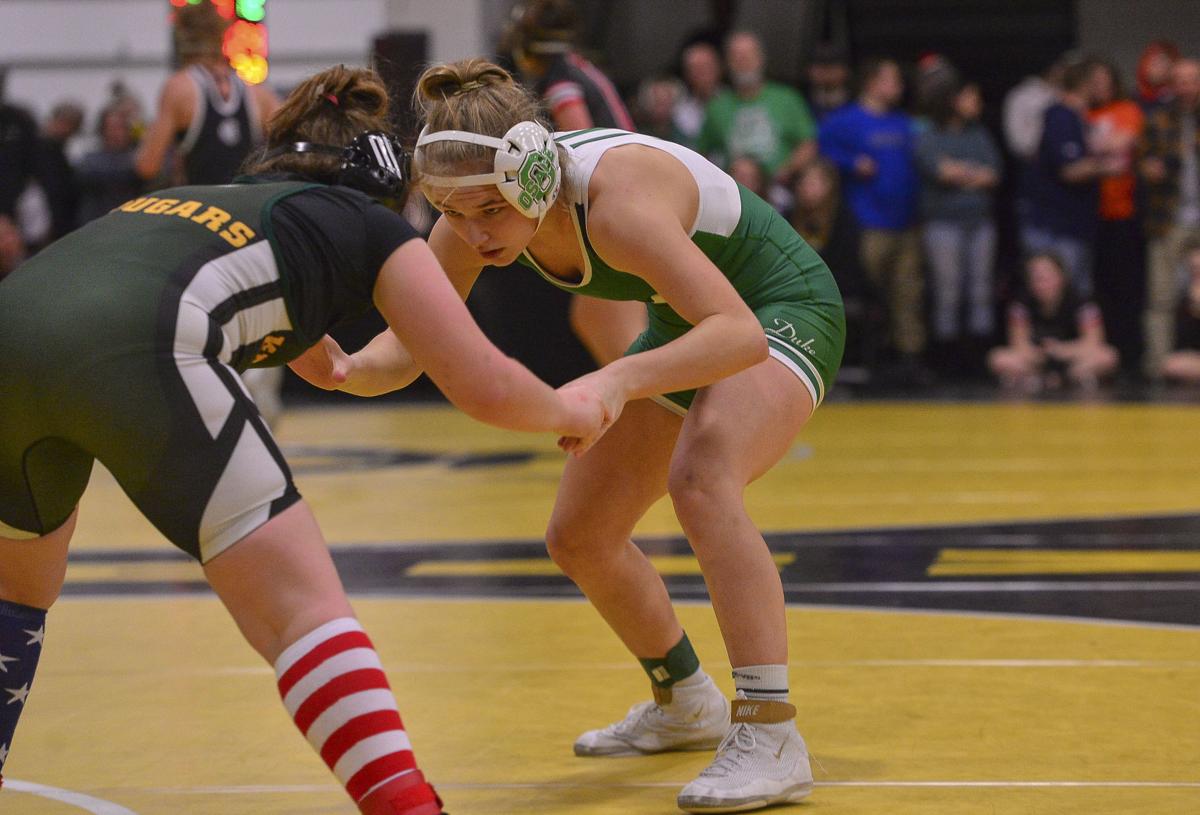 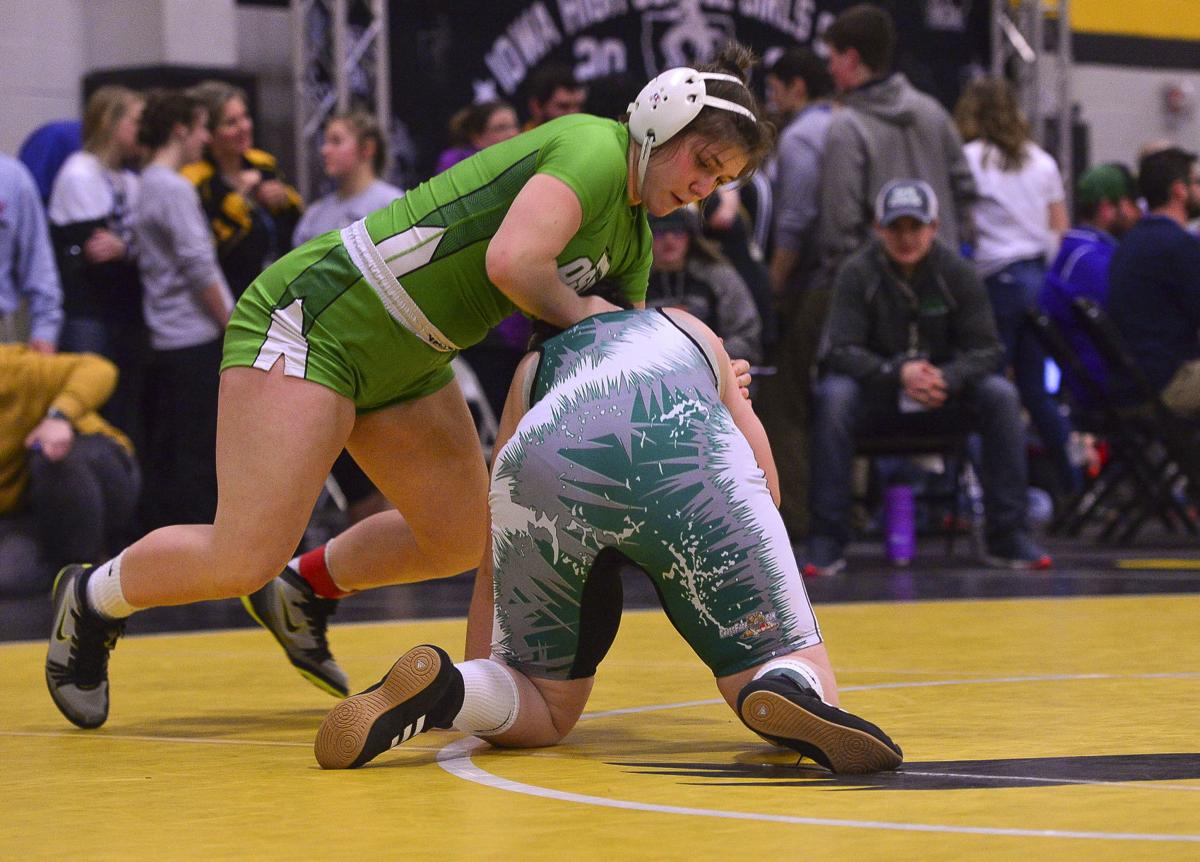 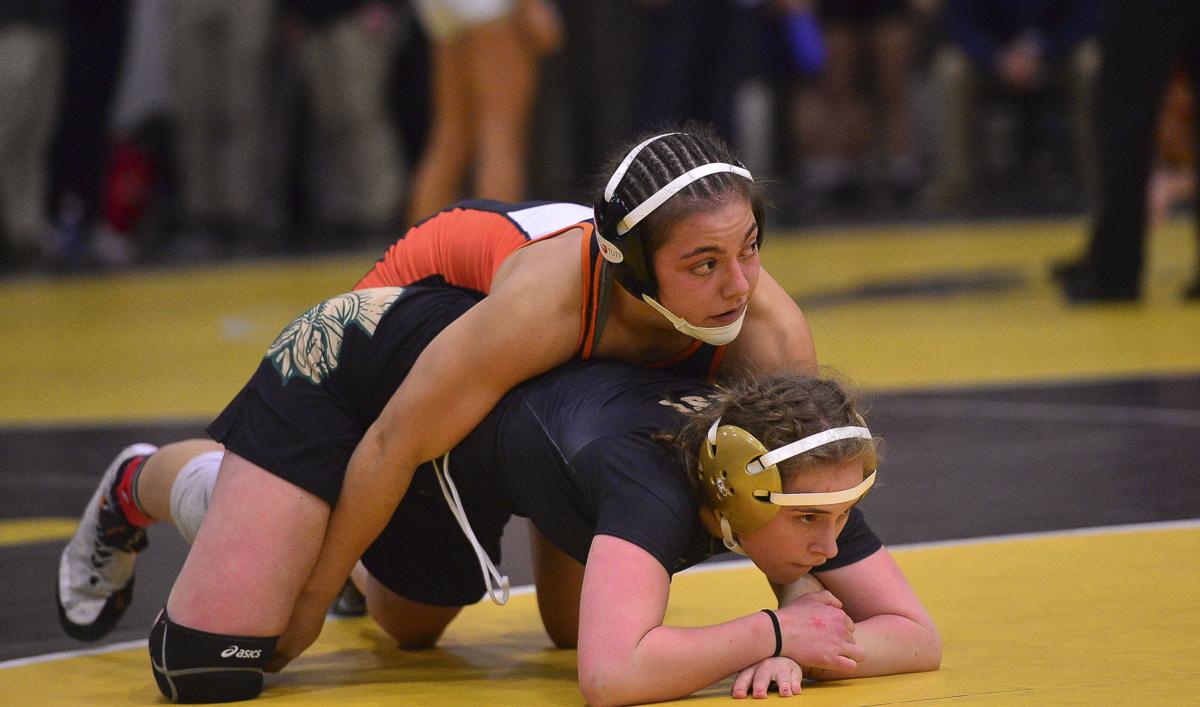 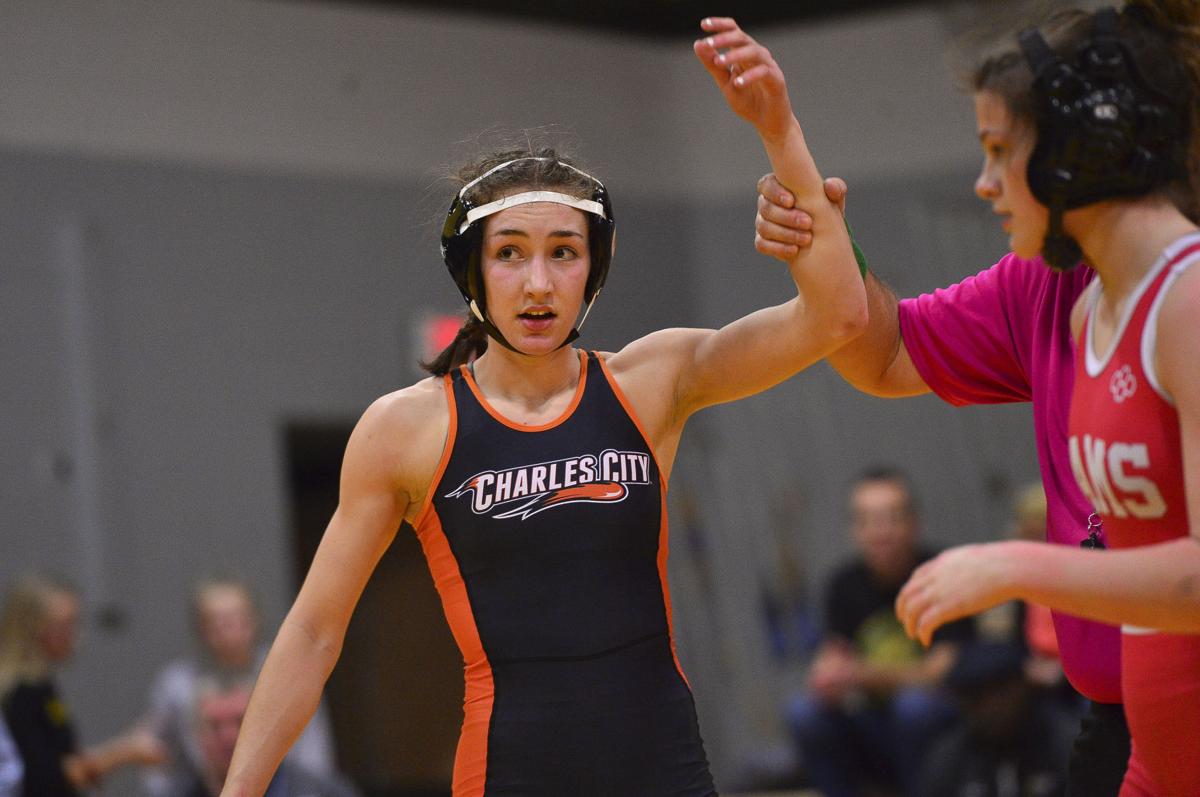 379 wrestlers from around the state gathered to try to secure a place in Saturday’s state quarterfinals. Plenty of local wrestlers proved their skills, and will get to wrestle for the big prize on Saturday.

Jalynn Goodale was the first ranked Osage wrestler to advance, beating MFL-Mar-Mac sophomore Isabella Bogdonovich by fall at 1:35. Goodale later advanced to the quarterfinals, beating Rylee Yant of Waverly-Shell Rock by fall at 1:22.

In the 113-pound class, Madison Adams of Osage beat Chevelle Hookum of Independence in her first match, winning by fall at 1:27, but fell in the next round to Lauren Hamilton of Oelwein, lasting 5:38 before losing on a fall.

Osage’s top ranked wrestler, Emma Grimm, had a first-round bye and then advanced with a win by fall over Ali Anderson of Cedar Rapids Kennedy. Grimm, the No. 2-ranked 126-pound wrestler in the state, pinned Anderson at 1:03 to advance to the third round.

In Grimm’s next match, she punched a ticket to the quarterfinals with a pin at 1:05 over Waverly-Shell Rock’s Kailey Hervol.

Freshman Leah Grimm also secured a spot in the semis at 170 pounds after beating Angie Clark of Southeast Warren/Melcher-Dallas on a fall in a lightning-quick 17 seconds.

At 145 pounds, No. 6 Makayla Mostek beat West Liberty wrestler Isabel Morrison with a pin at 2:39 to advance to the quarterfinals round.

In all, four Osage wrestlers advanced to the quarterfinals, with Abigail Cockrum also competing Saturday in the 285-pound division.

Sydney Muller lost her first-round bout in the 132-pound weight class, falling to Michaela Blume of Clayton Ridge. In the consolation round, Muller scored a 9-7 decision over Nevaeh Briggs of English Valleys- Tri County.

For Fank, the day was full of exciting and proud finishes. With six ranked wrestlers competing for the Green Devils, several of them have been in some big matches before. But as with any state event, nerves are always there.

“Nerves have definitely played a part, but it’s nothing too big,” Fank said. “This is definitely going to be a learning year. We’re a young team, and we’re not going anywhere.”

A few other wrestlers competed at the tournament for the Green Devils. Karlie Wagner lost her first round match at 113 pounds, and then fell again in the consolation round. Wagner lost on fall at 4:35 to Shaylee Sanders of Lewis Central.

Katelyn Johnson lost her first match at 120 pounds, then won her first consolation match. She eventually lost again, this time to Starr Kirk of Anamosa.

Azure Christensen fell in the second round, losing to Anna Sondall of Boone in a fall at 1:11. Ainsley Dodd beat Maddie Jansen of Waverly-Shell Rock on a fall in 37 seconds, and then lost in the second to Laura Kipusu of West Des Moines Valley on a fall.

Charles City’s No. 5-ranked Marissa Gallup made quick work of her opponent at 106 pounds, pinning Iowa City West wrestler Marissa Goodale in just 13 seconds to advance to the third round.

At 120 pounds, No. 4-ranked Kiki Connell beat Hannah Reel by fall at 2:30. Connell did not advance to the quarters though, losing in the third round to Kadence Pape of MFL MarMac by a 3-2 decision.

In the 132-pound division, the Comets’ Lilly Luft pinned Iowa City West’s Molly Wilson at 1:02, earning another six points for Charles City and advancing to the third round. Luft then advanced to the state quarterfinals, winning a 12-1 major decision over Juana Jones of Notre Dame Burlington.

After her first-round bye, Allie Cross, the No. 5-ranked 145-pound wrestler in Iowa, lost by fall to Waverly-Shell Rock wrestler Kennedy Eastman at 2:37. Cross then wrestled in the consolation round and beat Chloe Cornelius of East Sac County by fall at 47 seconds.

At 170, Lauren Connell beat Mallory Hoogetratt of Thomas Jefferson, pinning her at 5:50. Bailey Walsh of Waverly-Shell Rock then beat Connell in the third round by fall.

Only one wrestler made the trip to state for the Lions, 138-pound wrestler Kennadi Colbert, who had a first round bye. She then won in the second round by a 10-8 score in a sudden victory. In the third round, Colbert lost on a fall to Lisbon wrestler Jannell Avila, in 5:04.

Of Algona’s seven wrestlers competing at the state tournament, two made it past the first round.

In the 113-pound division, Bulldogs’ wrestler Radaisyia Thomas had a first-round bye, and then advanced to the third round with a victory of Brenna Schultz of Wahlert, Dubuque. Thomas then lost in the third round to Chevelle Gefaller of Denver, losing on a fall at 4:26.

Sydney Hoover also advanced to the third round, ultimately losing to Macy Smith of Waverly-Shell Rock by fall at 57 seconds.

Metalcraft in Mason City is marking its 70th year in business.: Half-time performance at Mohawk Field.