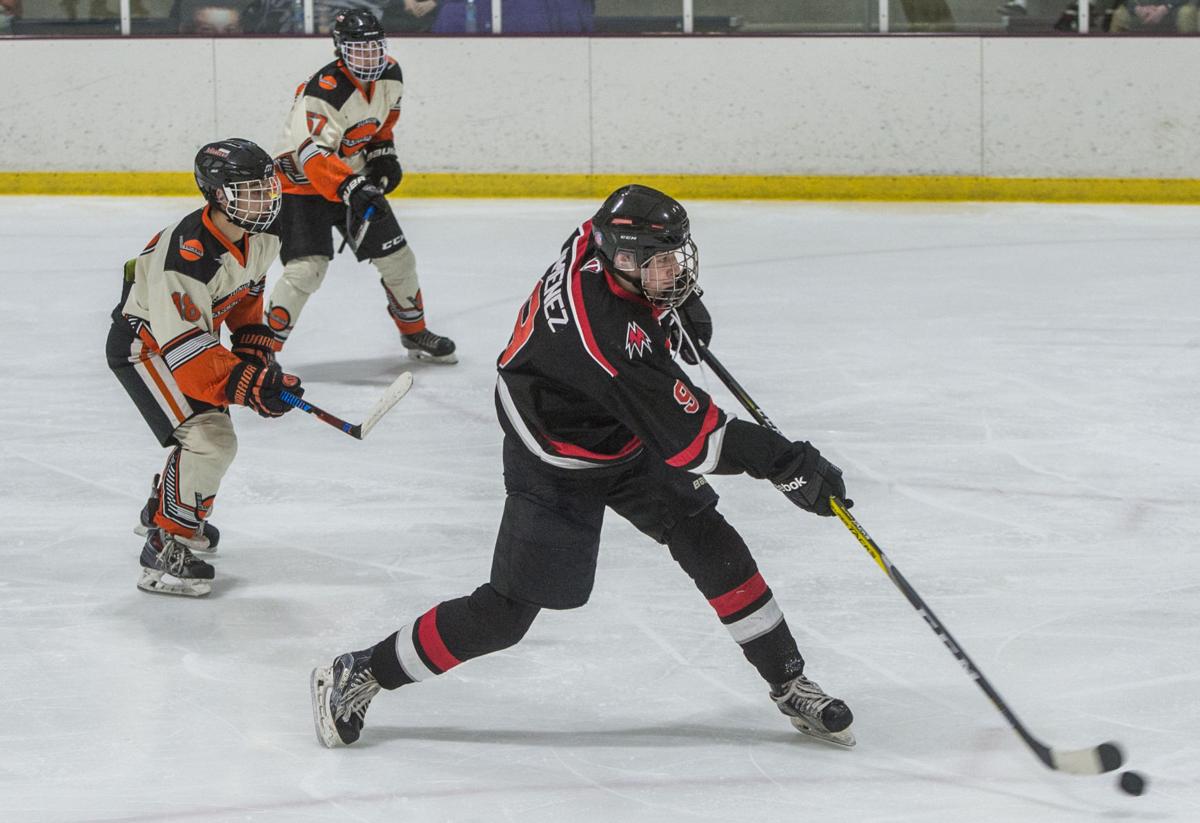 Zach Jimenez fires a shot for the Mohawks vs. Omaha last season during the quarterfinal round of the Midwest High School Hockey League championship tournament in Ames. 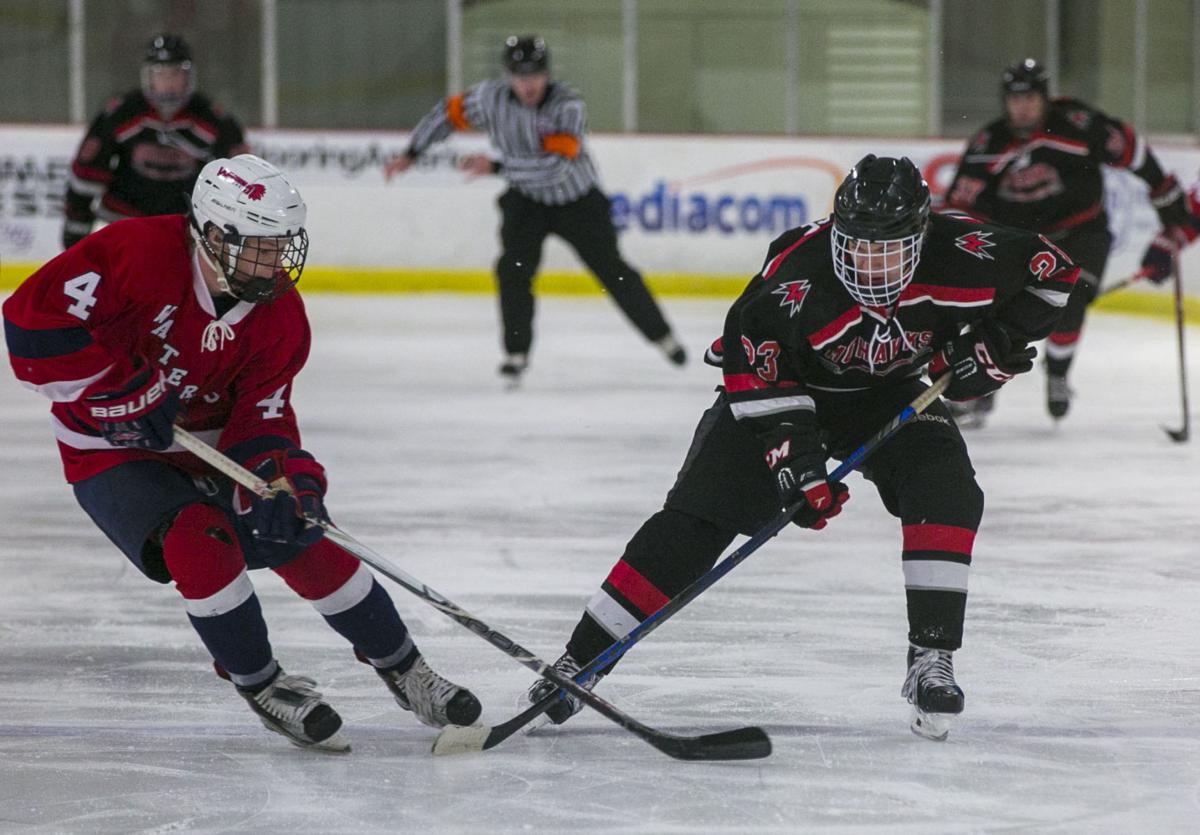 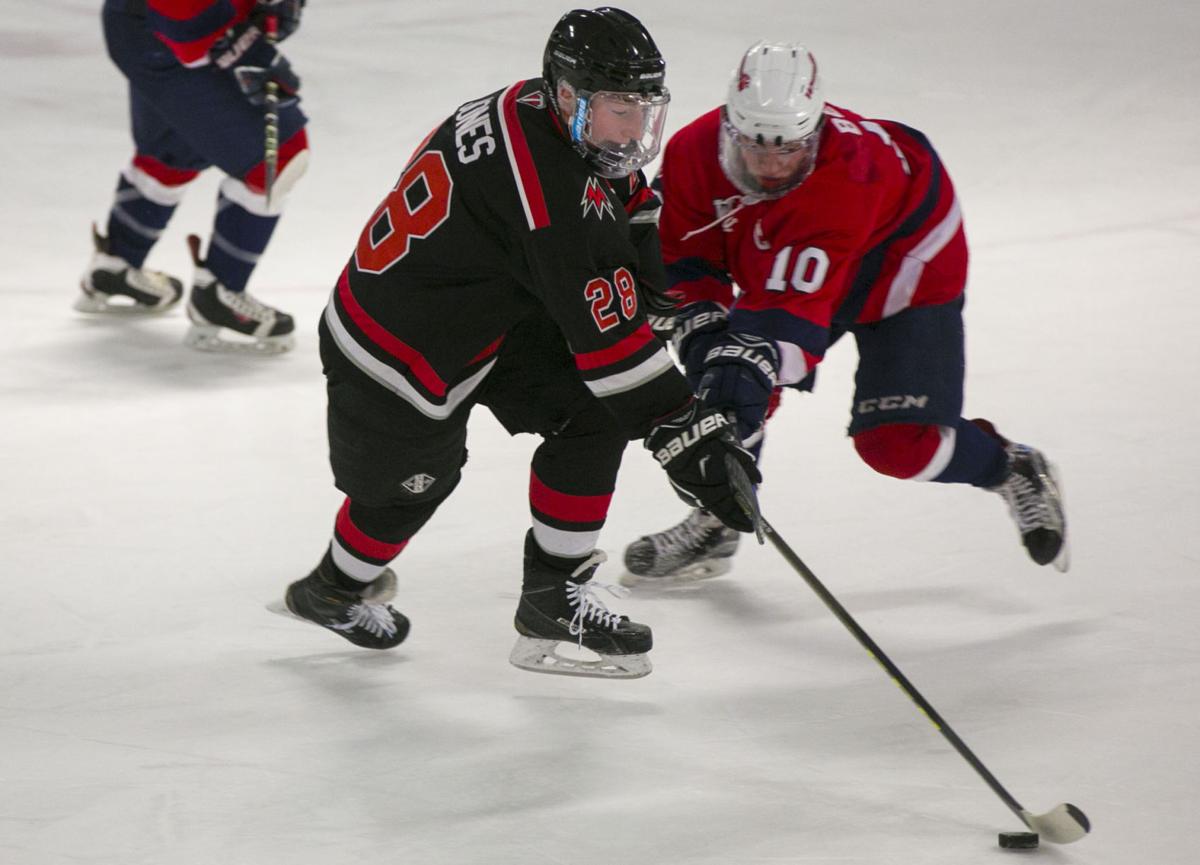 Jaxon Jones of the Mohawk Hockey Club controls the puck in a game vs. Waterloo last season.

Having 14 seniors back from its state-tournament team last year is reason enough to be excited, but the talent the group possesses is another thing completely. It’s why they’re thinking a bit bigger in Mason City.

“Our coach says we want to go deeper in the playoffs. I want to win,” senior Nate Lassise said. “That’s the main goal for all of us … we all have the same main goal and want to win state this year.”

Jimenez was the Mohawks’ leading scorer a year ago with 19 goals and 15 assists for a total of 34 points. Lassise was just behind him with 10 goals and 13 assists, and Jones was the team’s top defenseman.

There’s a bit different feeling for the three of them coming into next Saturday’s season opener at Waterloo as well. It comes from the preparation they’ve put in.

Over the offseason all three tried out for the North Iowa Bulls and even attended a few of the Bulls’ team camps to better themselves. They impressed coach Todd Sanden so much that they’ll be practicing on and off with the team all season.

The last Mohawk to do so was Joe Burgmeier, who went on to a successful Bulls career after high school.

“That’s been great,” Jimenez said of the opportunity. “Playing that fast-paced hockey makes it a lot easier to transition into playing high school.”

Added Lassise, “I’m just lucky enough to get the opportunity to be able to skate with those guys. They’re so good and I’m looking forward to advancing my abilities with them and being able to get faster.”

Jimenez and Lassise are 100 percent ready for this season while Jones has a little injury to overcome after breaking a bone in his right hand.

Mohawks coach John Lloyd said the doctors have cleared Jones to play with extra padding in his glove, which was good news for the team.

After the dynamic trio, there’s a little bit of work to be done.

The task has an extra loop thrown into this year with numbers down in the Mohawk Hockey Club. The team has around 25 guys after the ones playing football will join after their postseason games are over.

Nevertheless, the Mohawks are still brimming with confidence.

Lloyd said the Mohawks “have two forward lines that can skate with anybody,” but it’s filling out that third line and staying healthy which will be key in getting the Mohawks back where they want to be.

The seniors say they’re ready to pull that weight.

“I think the idea that we first could be good was our JV state tournament when we had all of us together and we ended up finishing second at state,” Lassise said. “We’re getting that same team back this year with us, so I think that kind of gives us the idea that we could be really good this year.”

Zach Jimenez fires a shot for the Mohawks vs. Omaha last season during the quarterfinal round of the Midwest High School Hockey League championship tournament in Ames.

Jaxon Jones of the Mohawk Hockey Club controls the puck in a game vs. Waterloo last season.