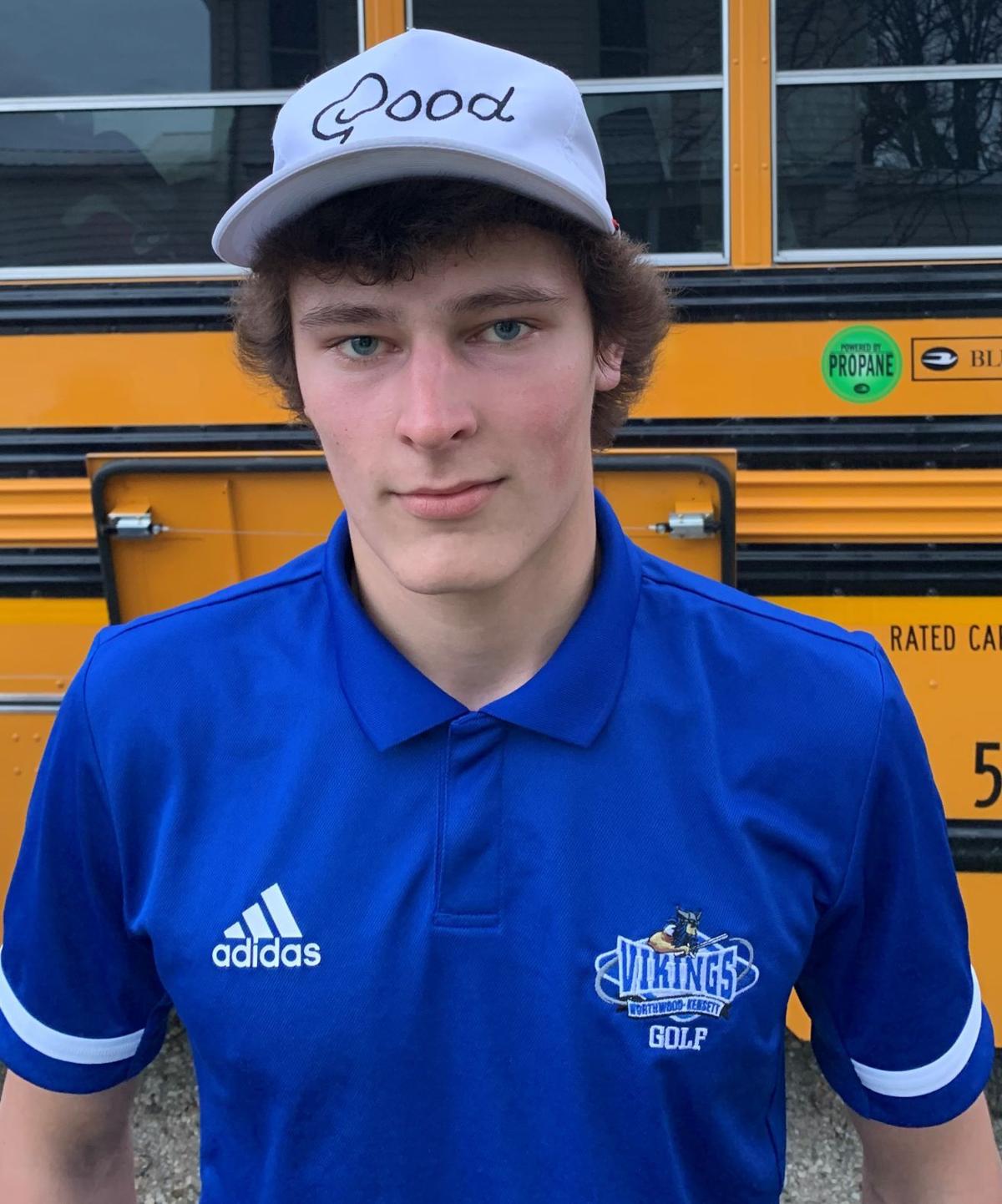 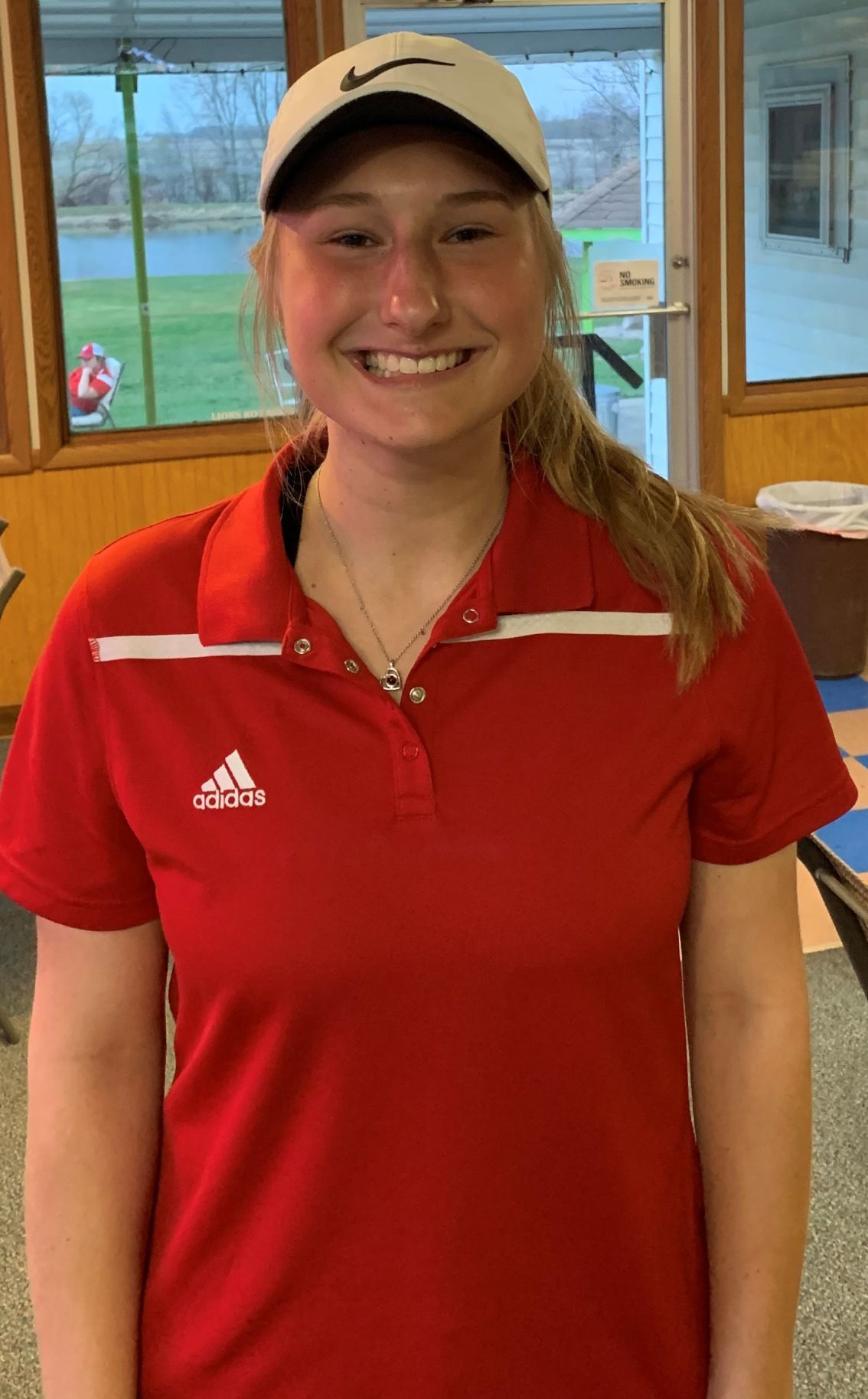 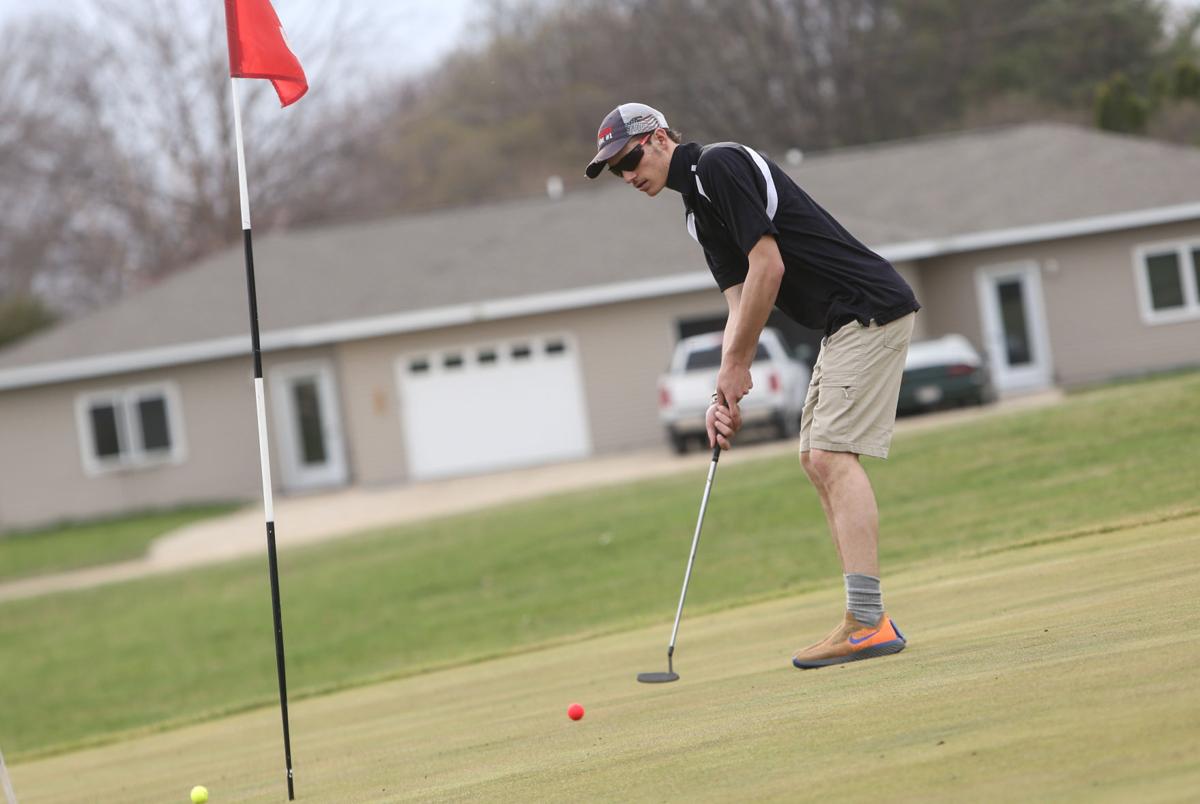 Riceville puts during a boys golf quad against Northwood-Kensett, Rockford, and St. Ansgar in Elma on Tuesday. 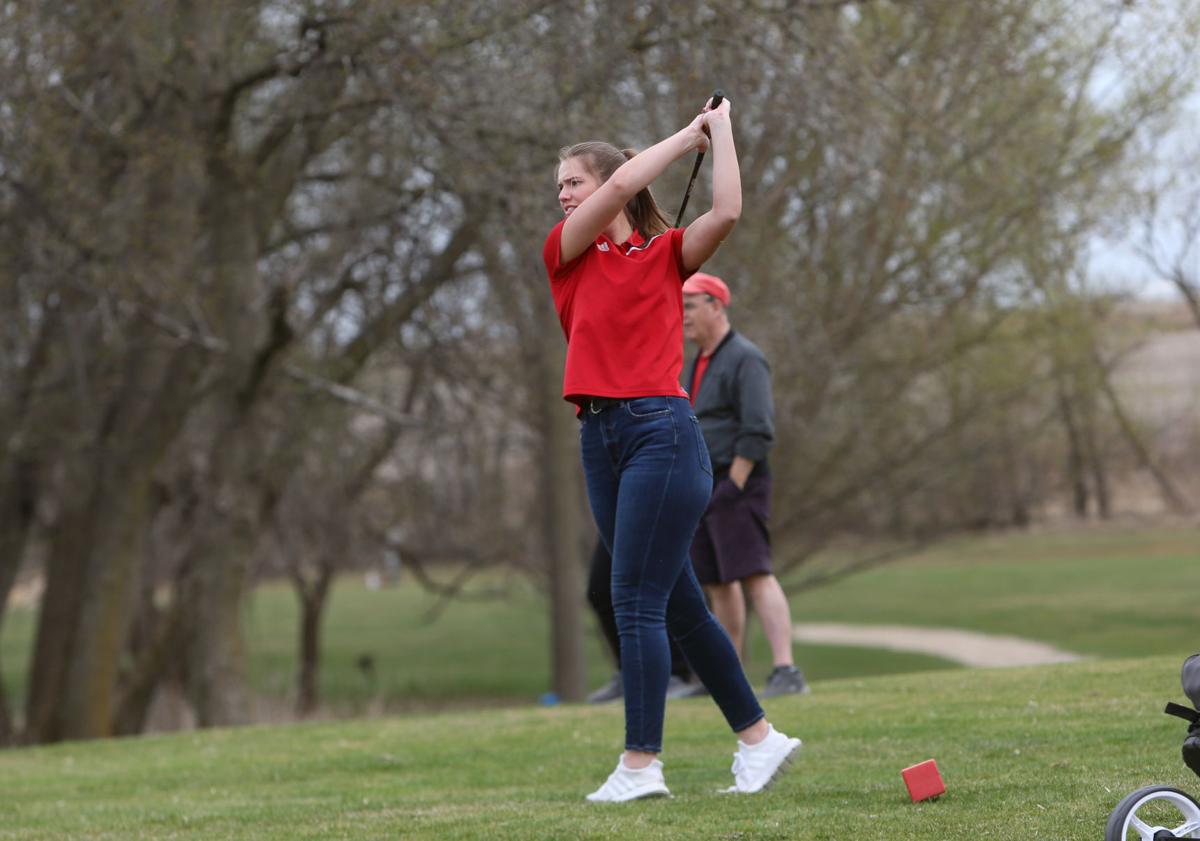 Two years ago, Northwood Kensett's Drew Wilder and St. Ansgar's Kirsten Boerjan weren't the top golfers on their respective teams, but still were contributing to the varsity low-five.

For at least the season-opening meet, Wilder and Boerjan, a junior and senior respectively, get to leave Maple Heights Golf Course in Elma with some bragging rights and hardware.

Wilder carded a 41 to power the Vikings to the boys team title with 188 strokes; the Saints finished 1-2 that led them to victory for the girls race with 209 strokes on Tuesday night.

"I golfed a lot better than I thought I would," Wilder said. "I three-putted one (hole) which is not good. I hit one under a tree on hole three that I had to punch out. Can't let it affect you.

"I definitely see the improvement."

St. Ansgar won the Top of Iowa East conference meet two years ago thanks to four seniors in the low-five. That quartet is gone, but the expectations remain the same.

"I think with Kirsten and a good senior group leading the way, we're in pretty good hands," Saints head coach Shannon Belz said. "We got plenty of things to work out yet, but I was happy with how they played."

Boerjan was excited with how well she played. Despite a handful of bogeys, she still out-performed the rest of the field by five strokes.

The same number of strokes Wilder won by.

"I thought I did really well with my short game," Boerjan said. "My drives were a little off, but I pulled it together with my putting."

Consistent driving has been the growth Wilder has had in his game since his freshman year. Add in caring more about putting set up Wilder for success to start his junior season.

"Working on the fundamentals, hitting balls," he said. "I didn't focus on putting then as much as I do know. It's a big part of the game."

Rockford (204), St. Ansgar (214) and Riceville (260) rounded out the boys team standings; Northwood-Kensett finished runner up on the girls side with a score of 257 followed by Rockford's 286.

WATCH NOW: Rockford and St. Ansgar girls at the green

The No. 1 golfer for the Saints signed her letter of intent on Wednesday to play golf at NIACC next year.

Riceville puts during a boys golf quad against Northwood-Kensett, Rockford, and St. Ansgar in Elma on Tuesday.