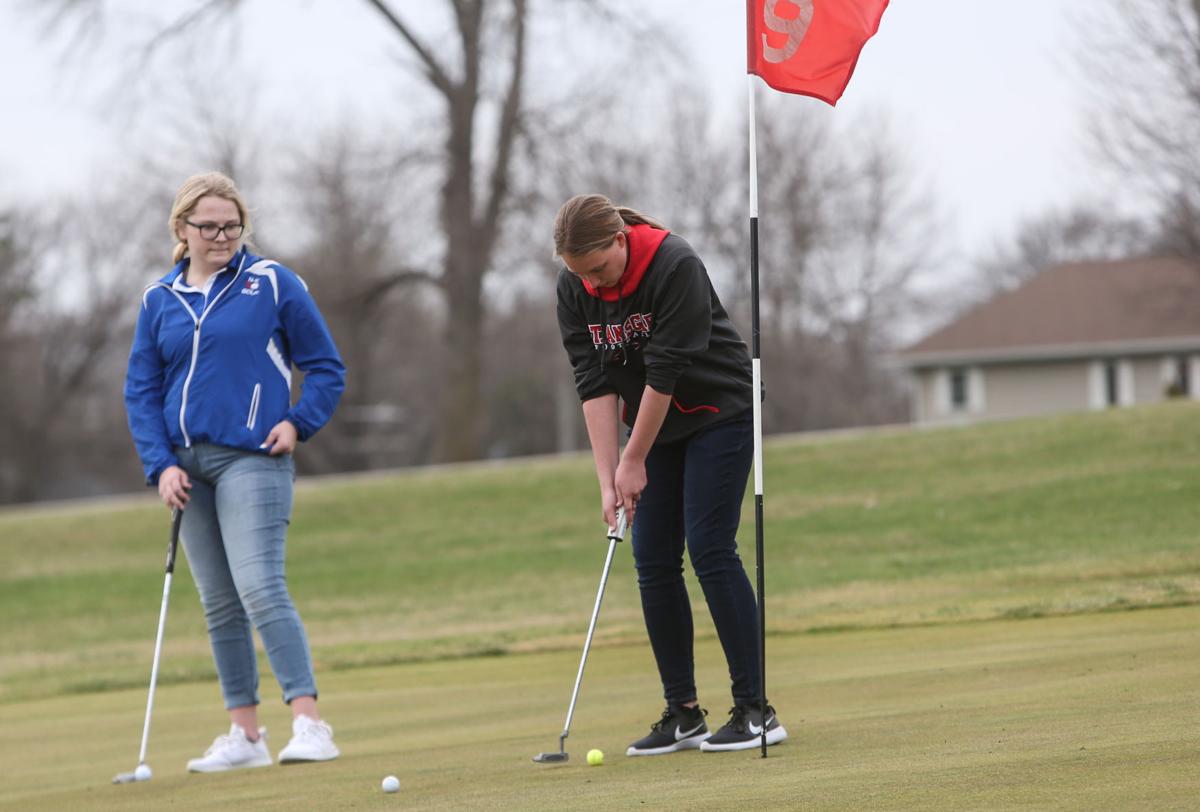 A St. Ansgar golfer putts during a girls golf quad against Northwood-Kensett, Rockford, and Riceville in Elma earlier this season. 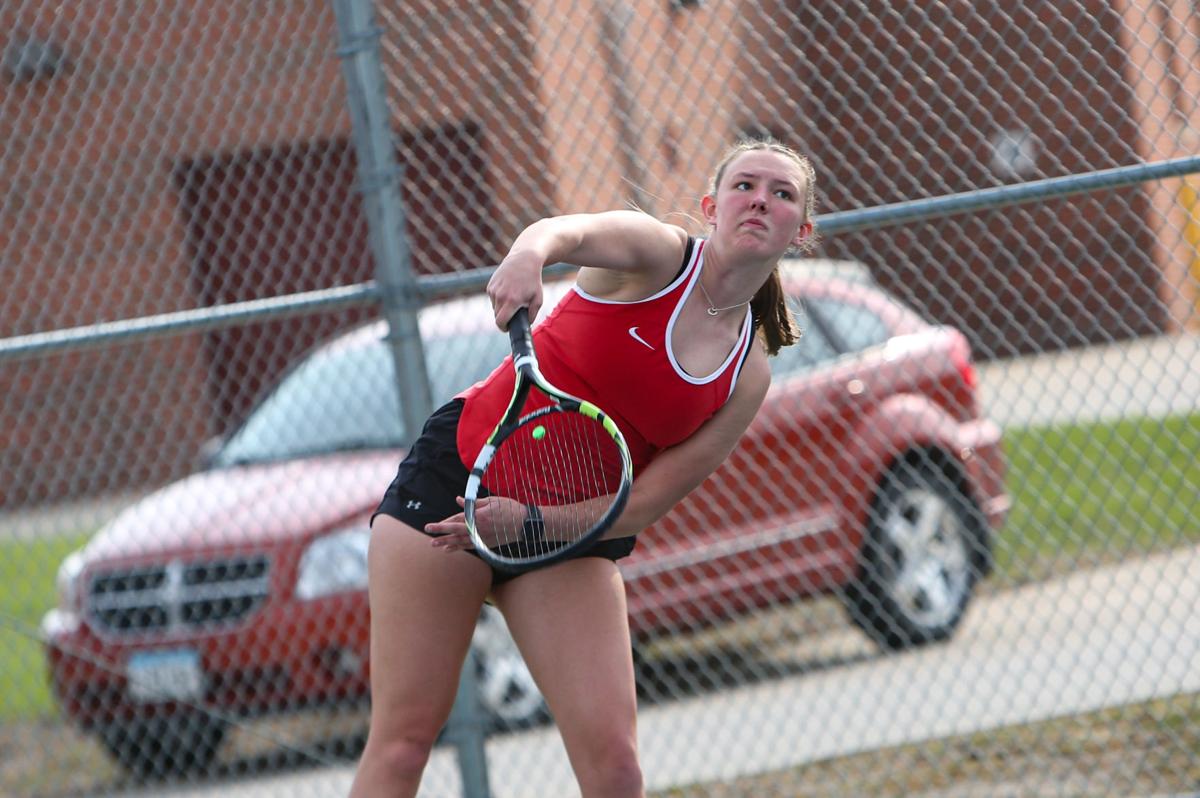 Mason City's Tiegan Barkema returns a serve from Des Moines North during a doubles match at Mohawk Field on Tuesday.

Only Class 1A and 2A regional assignments were released for golf. The first round of regionals will take place on Monday, May 17 then the regional finals will be a week later.

In 1A, Lake Mills is hosting a first round regional. The Bulldogs will face Mason City Newman Catholic, Northwood-Kensett, Rockford, West Fork and West Hancock at Rice Lake Golf and Country Club.

Three area schools will head to Luana as Riceville, Central Springs and St. Ansgar will play at Tri-City Golf Club.

The Region 3 final will be held at Mason City Country Club on May 24.

Forest City gets the chance to welcome a collection of 2A schools, including Garner-Hayfield-Ventura and Osage, to Bear Creek Golf Course in a first round regional.

Top performers will head to Willow Run Country Club in Denver for the Region 4 final.

Only the individual assignments were revealed for tennis. The top-2 singles players and doubles tandems from each regional, starting on Wednesday, May 19 at 9 a.m., will advance to the state meet on June 2nd and 3rd.

A quartet of 1A teams -- Clear Lake, Charles City, Hampton-Dumont-CAL and Osage -- are lumped together in Region 5 at Decorah.

In Class 2A, Mason City is with fellow CIML foes Ankeny Centennial and hosts Fort Dodge as well as the trifecta of Sioux City public schools.

A St. Ansgar golfer putts during a girls golf quad against Northwood-Kensett, Rockford, and Riceville in Elma earlier this season.

Mason City's Tiegan Barkema returns a serve from Des Moines North during a doubles match at Mohawk Field on Tuesday.